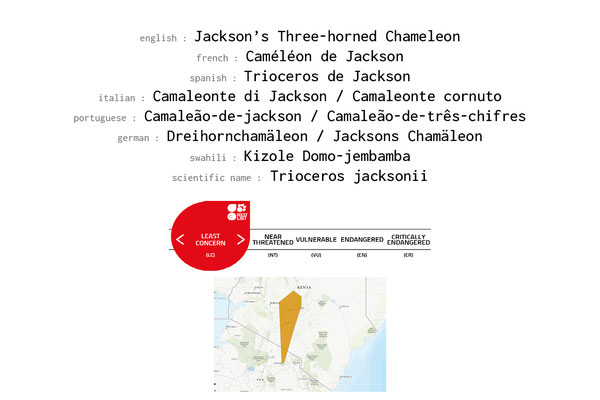 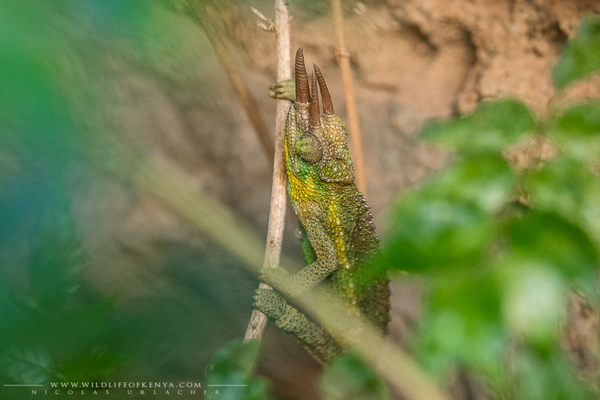 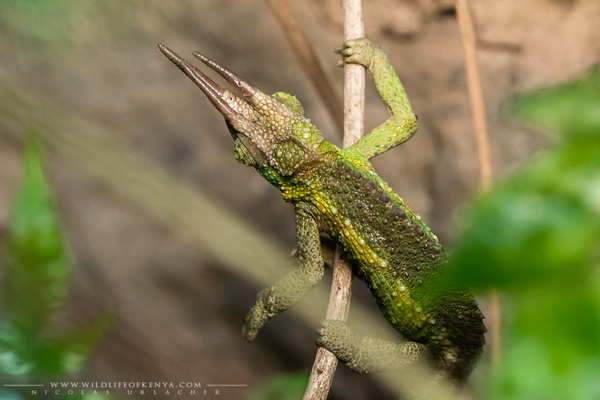 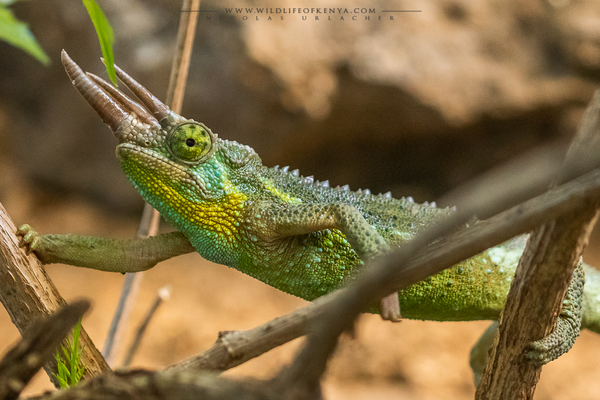 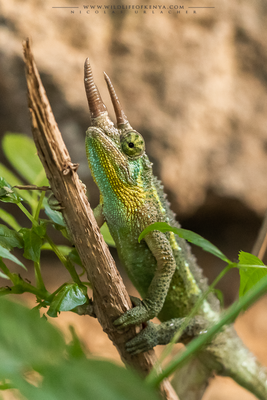 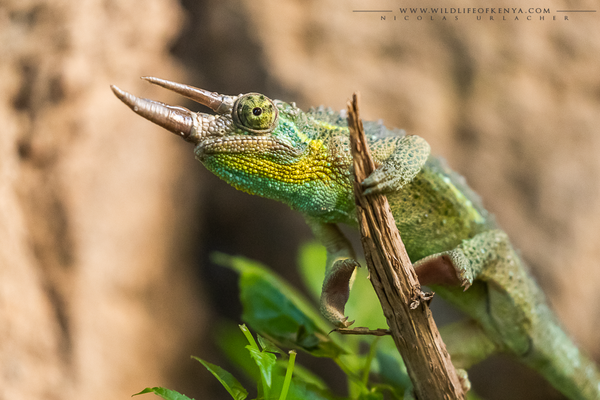 Jackson's chameleon, Jackson's horned chameleon, three-horned chameleon, or Kikuyu three-horned chameleon (Trioceros jacksonii) is a species of chameleon (family Chamaeleonidae) native to East Africa. Jackson's chameleons are native to woodlands and forests at altitudes of 1,600 to 2,440 m in south-central Kenya and northern Tanzania. In these areas, the rainfall is seasonal but exceeds 127 cm per year. Day temperatures are typically 16–27 °C, and night temperatures are typically 4–18 °C. In Tanzania, it is known only from Mount Meru in the Arusha Region, which is the home of the relatively small endemic subspecies T. j. merumontanus. Jackson's chameleon is more widespread in Kenya, where it is found in wooded areas of some Nairobi suburbs. The subspecies T. j. xantholophus (native to the Mount Kenya region) was introduced to Hawaii in 1972 and has since established populations on all main islands and became an invasive species there.This subspecies has also been introduced to Florida.

Jackson's chameleons are sometimes called three-horned chameleons because males possess three brown horns: one on the nose (the rostral horn) and one above each superior orbital ridge above the eyes (preocular horns), somewhat reminiscent of the ceratopsid dinosaur genus Triceratops. The females generally have no horns, or instead have traces of the rostral horn. The coloring is usually bright green, with some individual animals having traces of blue and yellow, but like all chameleons, they change color quickly depending on mood, health, and temperature.

T. jacksonii are less territorial than most species of chameleons. Males will generally assert dominance over each other through color displays and posturing in an attempt to secure mating rights, but usually not to the point of physical fights.

Most chameleons are oviparous, but Jackson's chameleon are ovoviviparous, giving birth to offspring soon after they are ready to hatch from their egg sac; eight to thirty live young are born after a five- to six-month gestation. The subspecies T. j. merumontanus gives birth to five to ten live young.