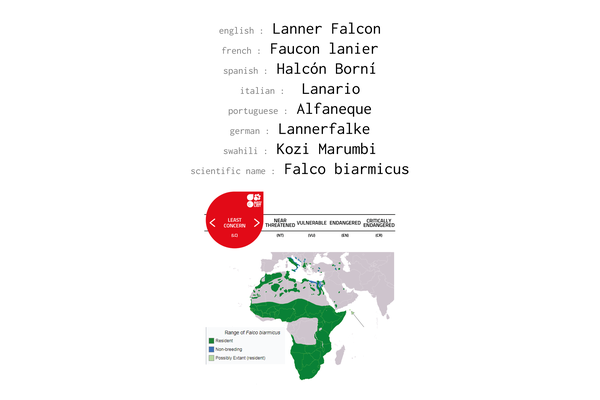 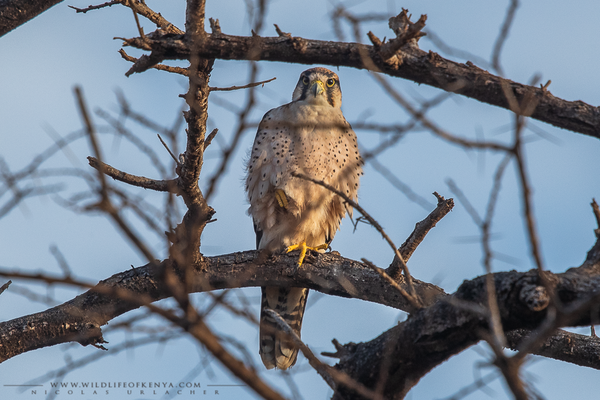 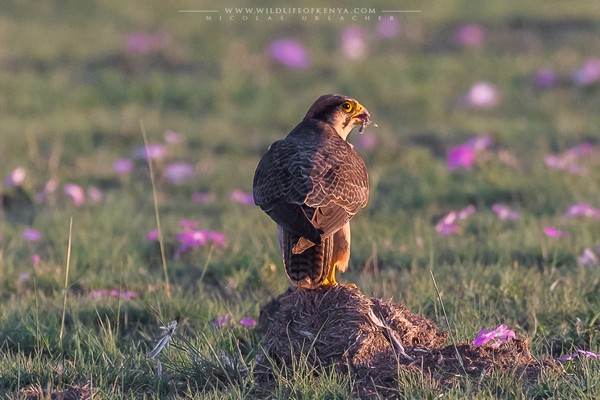 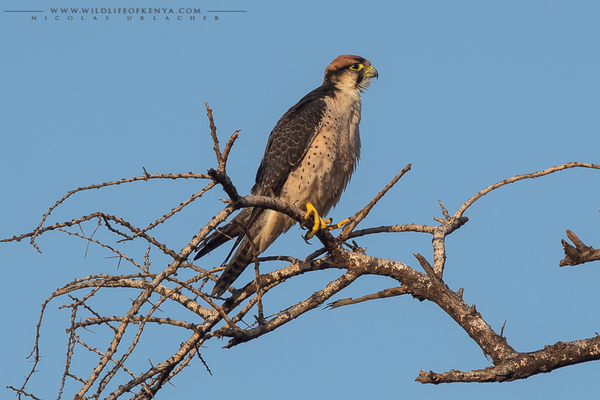 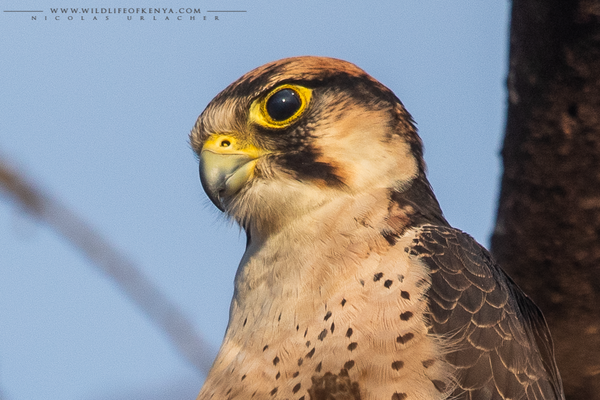 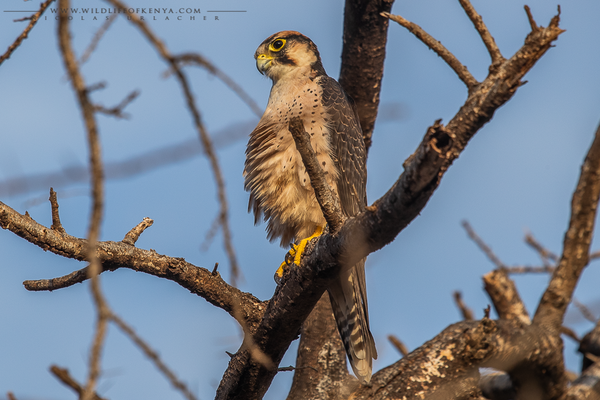 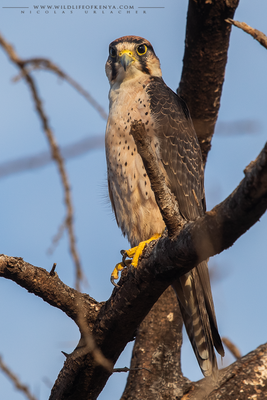 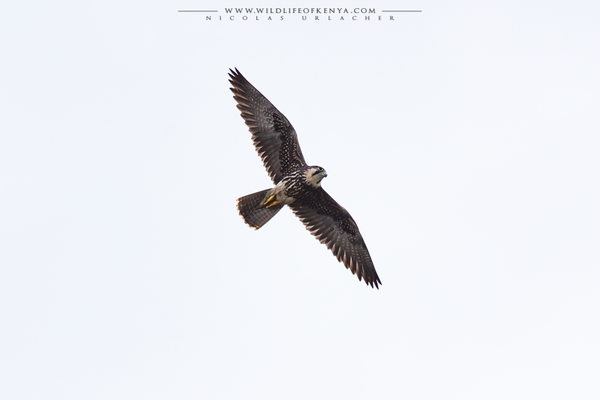 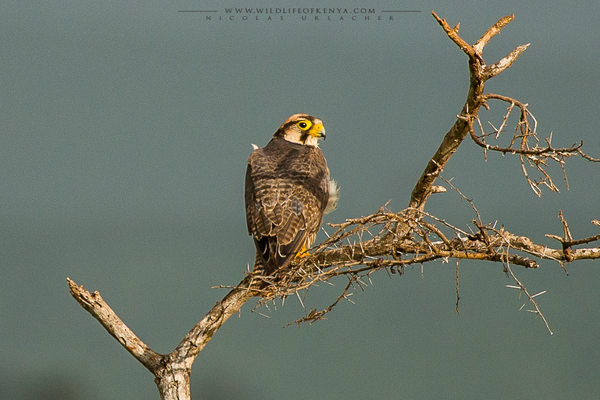 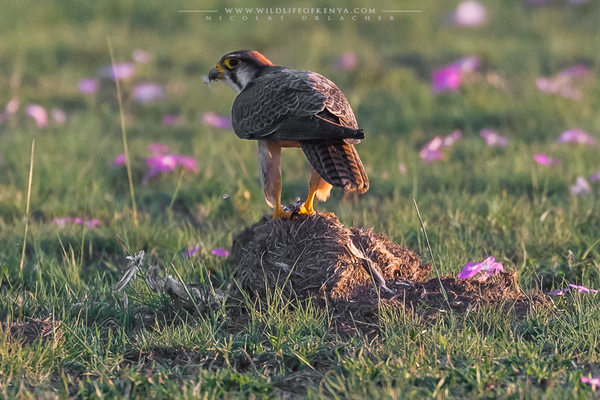 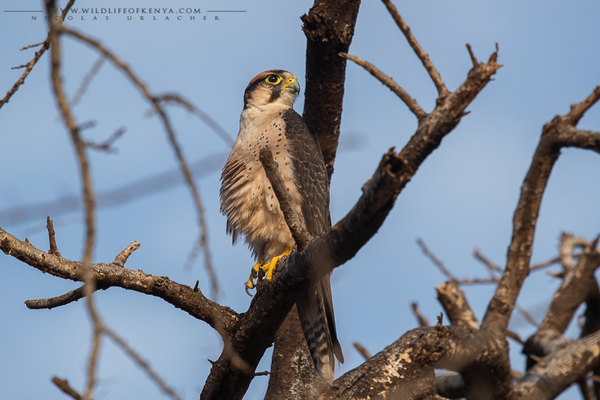 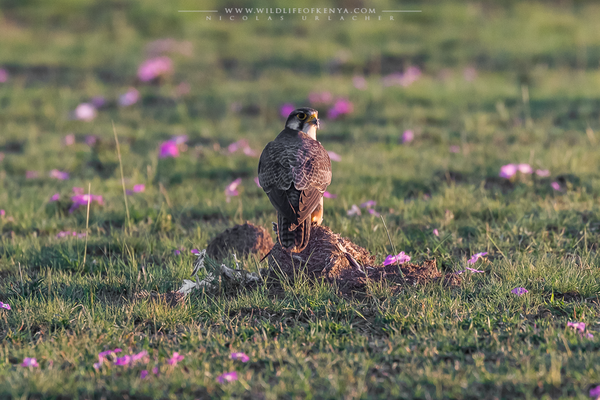 The lanner falcon (Falco biarmicus) is a medium-sized bird of prey that breeds in Africa, southeast Europe and just into Asia. It prefers open habitat and is mainly resident, but some birds disperse more widely after the breeding season. A large falcon, it preys on birds and bats. The Lanner Falcon lives in a wide variety of habitats from sea level to 7,500 feet. It can live in deserts, forests, woods, plains, and savannas, but needs rocky crags and cliffs nearby for nesting. It can even be seen in areas where people live.

The Lanner Falcon is a powerful, swift and well-equipped hunter. In addition to long, powerful talons, it has a special notch on its beak called a tomial tooth, just like most other falcons do. This sharp, triangular-shaped ridge on the outer edges of the upper mandible is used to help kill prey quickly. When a Lanner Falcon captures an animal in its talons, it might not be able to kill its prey right away with just the strength of its feet, so it bites the prey's neck, severing the vertebrae and killing it instantly.

The Lanner Falcon can sometimes be seen on exposed perches, using its sharp eyesight to watch for passing prey or scanning the horizon for potential predators or other threats. It also spends a lot of time soaring, sometimes to great heights. This swift raptor is usually found alone or in pairs, or during breeding season in small family groups. However, sometimes these birds congregate in small groups, especially at grass fires or other areas where prey may be present in larger numbers. Like most other falcons, the Lanner Falcon feeds mostly on birds – small and large – including larks, ducks, sandgrouse, poultry, doves, and even other small raptors.But the Lanner Falcon doesn't eat only birds. It eats a whole host of other animals including small mammals, such as bats and rodents.

The Lanner Falcon may capture prey after fast pursuits or it may fly up above its quarry and make a hard stoop onto it. This species is also known to hunt by flying low over the ground or along slopes and cliffs as it searches for prey. This falcon can often be seen hunting in pairs, often with one bird flushing the prey and the other making the grab. Scientists have even documented these falcons following people as they walk in certain habitats to catch any prey the humans may scare up.

The Lanner Falcon doesn't build its own nest. Instead, it lays its eggs in small scrapes on rock ledges of high cliffs or in abandoned nests of other species, including storks, crows, and other raptors, both in trees and on power poles. In open desert, they may nest directly on the ground among rocks.