It is 15 to 16 cm long, stocky and relatively short-tailed for a chat. The adult male's plumage is glossy black except for white patches on the upper wings that are usually visible or only partly concealed when the bird is at rest. The female and young are very dark brown .

In Kenya the sooty chat can be seen in the grasslands of the Mara region. (Wikipedia)

Chunky, dark robin-like bird. Males are black with a white shoulder patch, while females are solidly dark gray. Found in grassland, open woodland, and farmland, often in areas with lots of termite mounds. The song is a variable, exuberant mix of whistling and rattling notes which can be given from a prominent perch or in display flight. Similar to Northern Anteater-Chat, but lacks large white patches in the outer wing. Also similar to White-fronted Black-Chat, but larger and chunkier, and male lacks white front.(ebird.org) 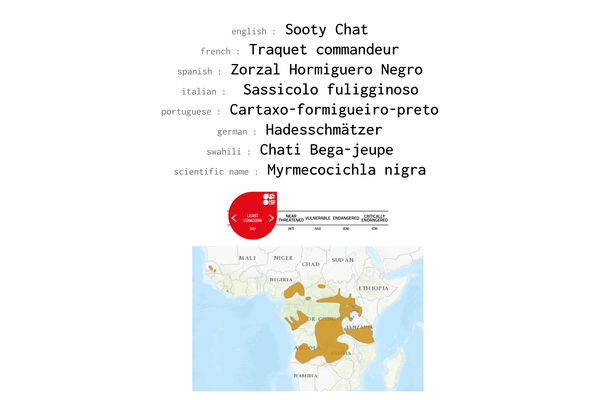 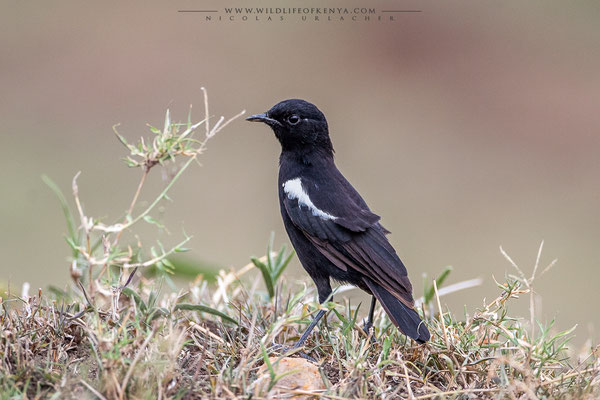 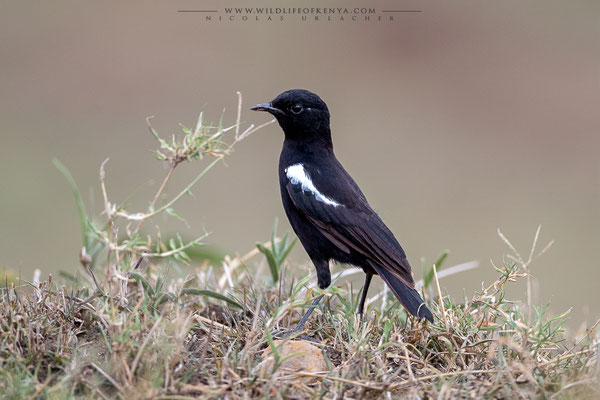 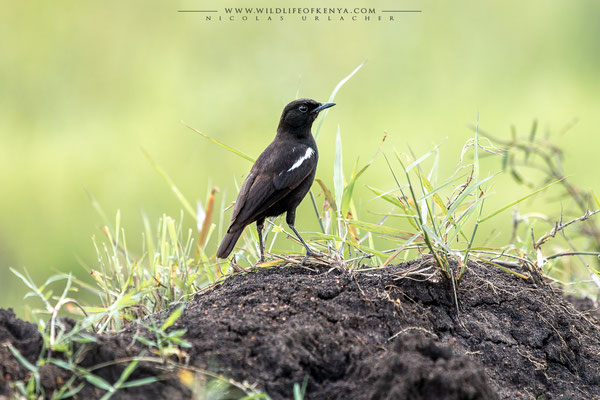