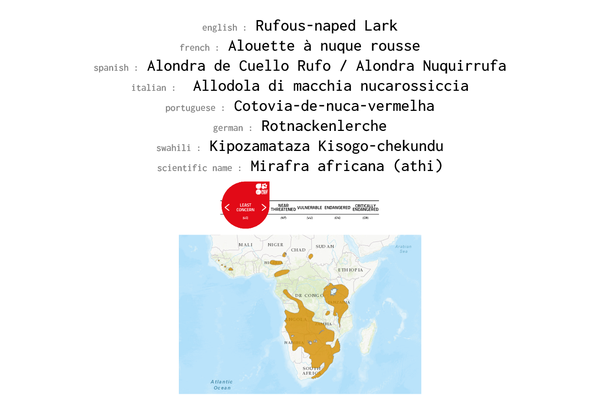 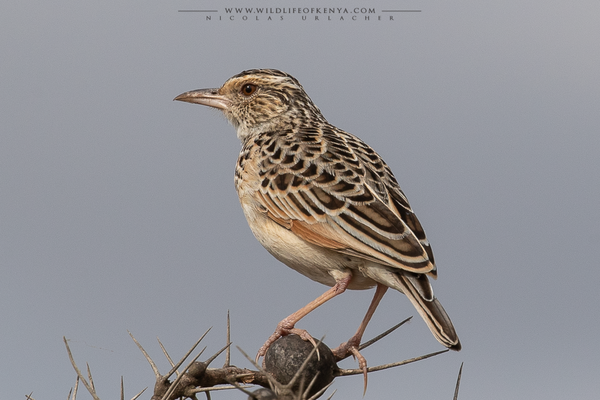 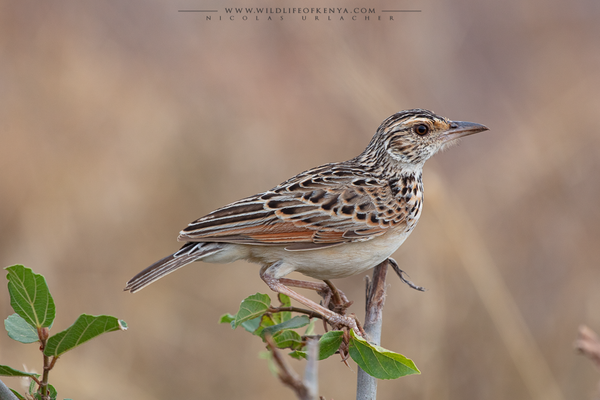 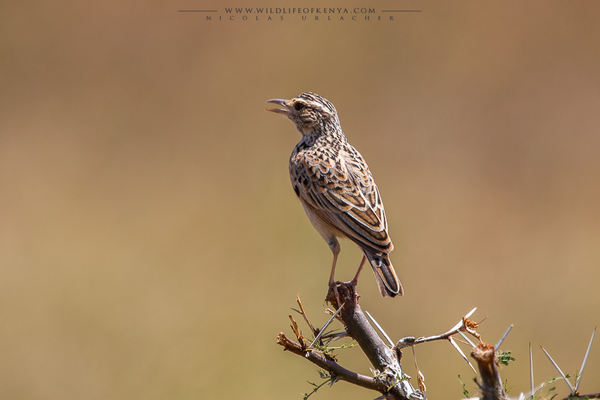 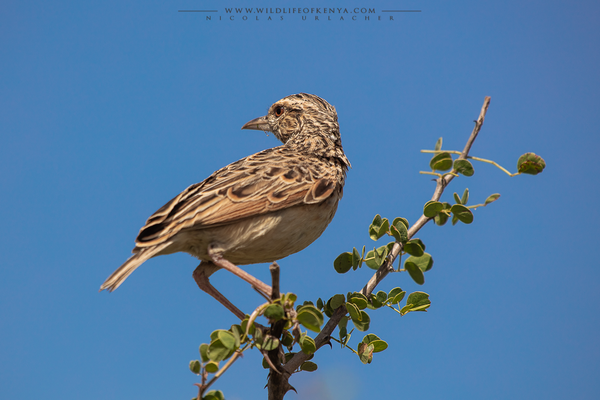 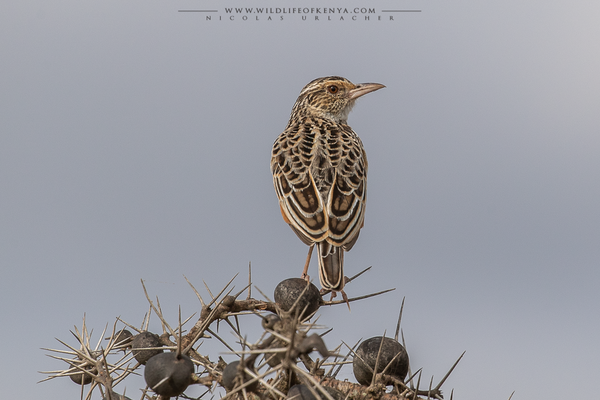 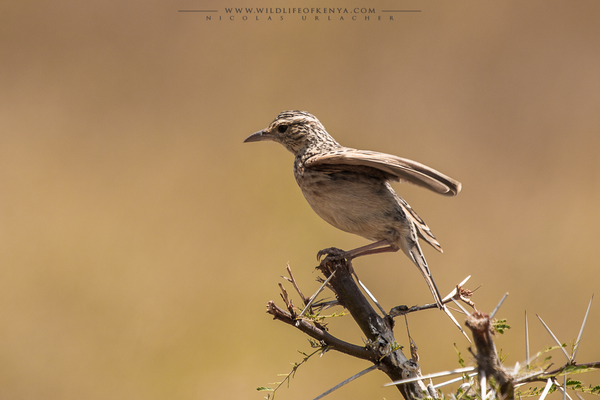 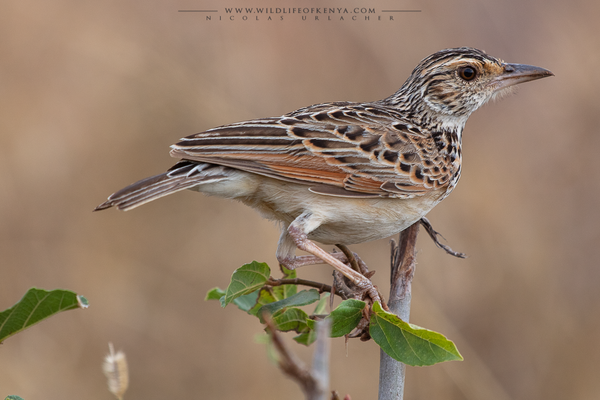 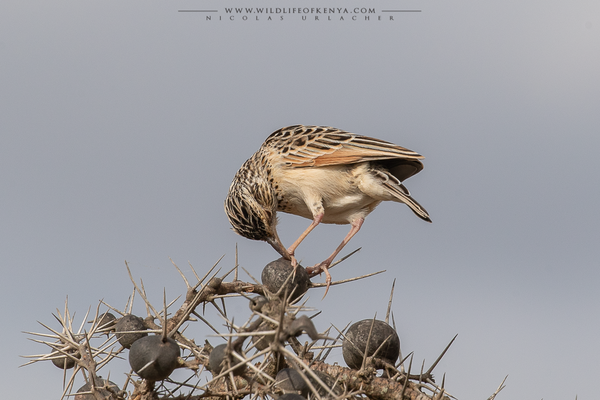 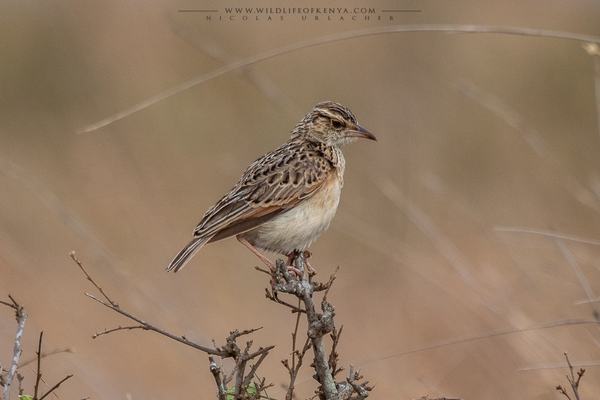 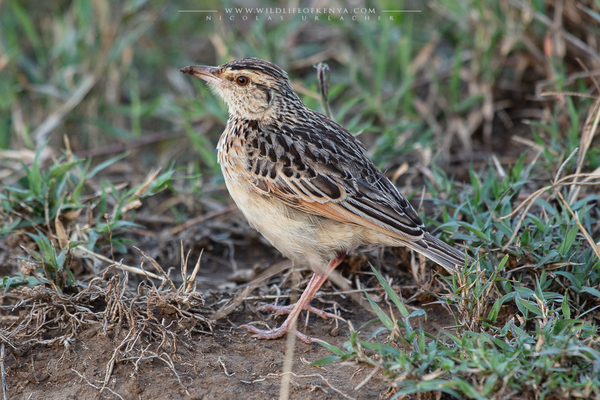 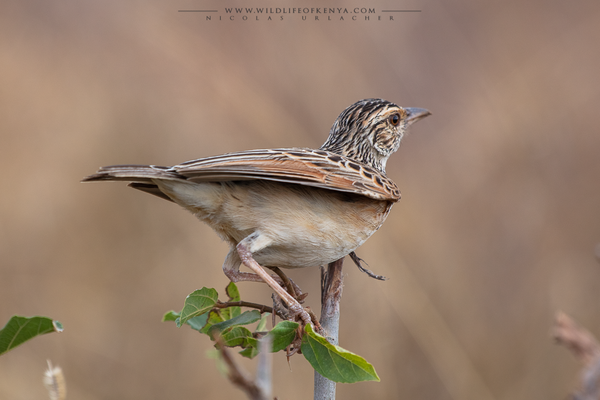 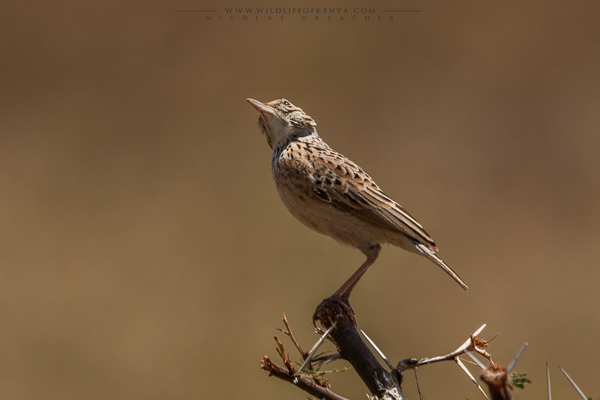 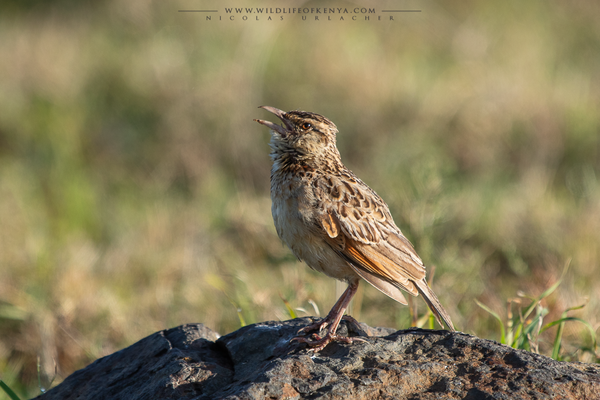 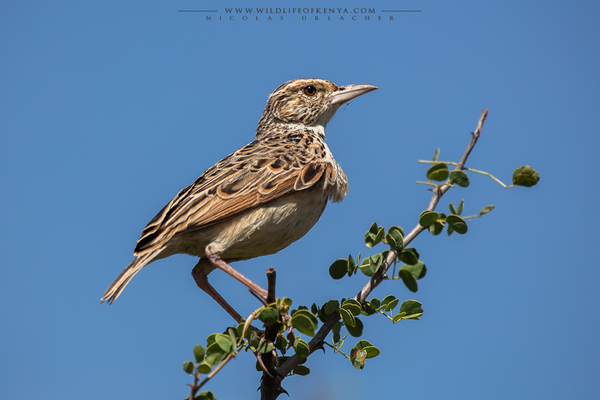 The rufous-naped lark (Mirafra africana) or rufous-naped bush lark is a widespread and conspicuous species of lark in the lightly wooded grasslands, open savannas and farmlands of the Afrotropics. Males attract attention to themselves by their bold and repeated wing-fluttering displays from prominent perches, which is accompanied by a melodious and far-carrying whistled phrase. This rudimentary display has been proposed as the precursor to the wing-clapping displays of other bush lark species. They have consistently rufous outer wings and a short erectile crest, but the remaining plumage hues and markings are individually and geographically variable. It has a straight lower, and longish, curved upper mandible.

The brown and gray color of lark species allow them to be camouflaged in their typical open, savanna habitat. However, without bold marks they are hard to tell apart from the many similar species. Larks are primarily insectivorous.