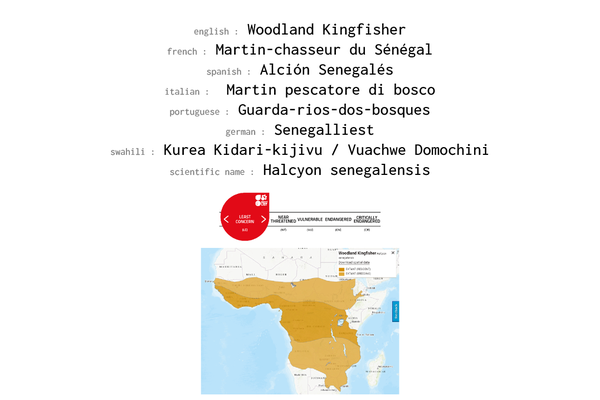 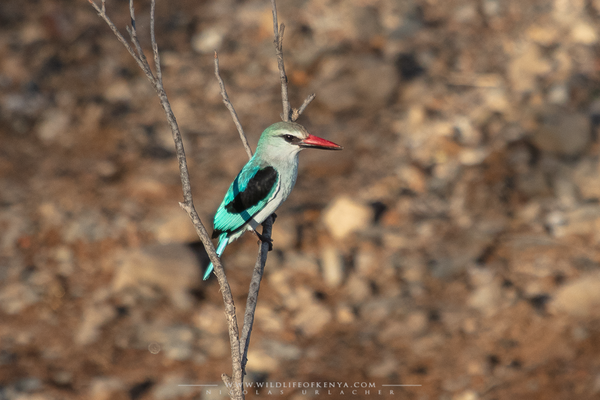 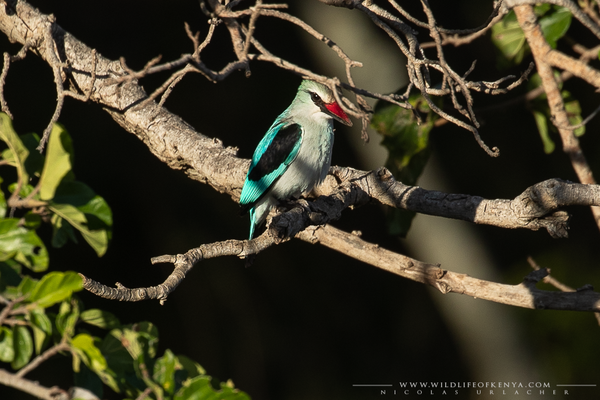 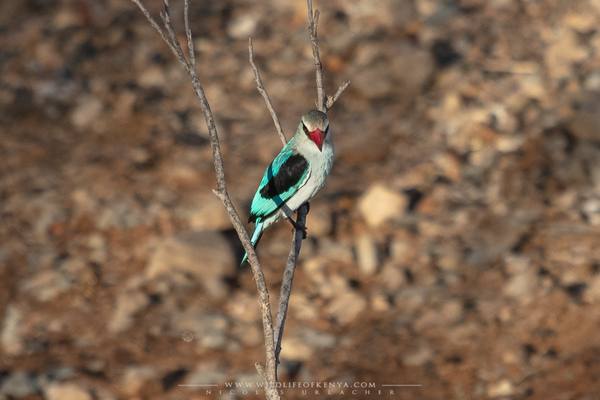 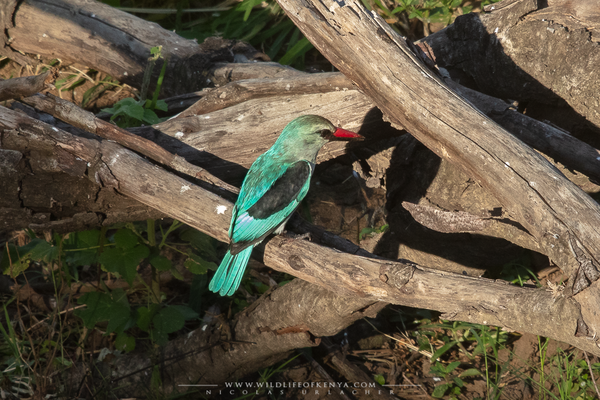 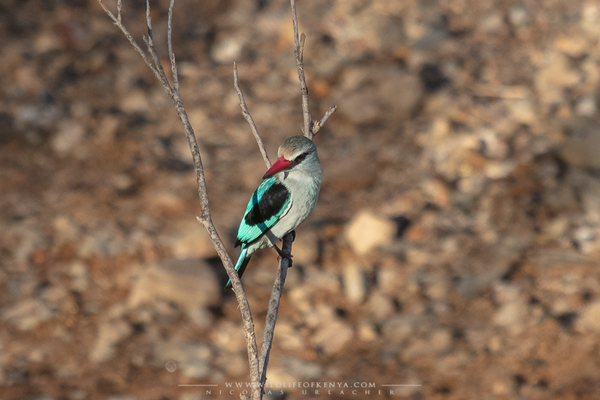 It is a common species of a variety of wooded habitats with some trees, especially Acacias, including around human habitation. Although it is a "kingfisher", it prefers drier habitats in more traditional woodland and can be far from water. It is often solitary but can occur in small groups.

The woodland kingfisher is aggressively territorial, attacking intruders including humans. It has a striking display in which the wings are spread to show the white linings.

The nest is a tree hole excavated by a woodpecker or barbet. A single clutch of three round white eggs is typical. The young are cared for by both parents for up to five weeks after leaving the nest. Woodland Kingfisher breeding in the Transvaal takes place from November till March, thus, taking a peak in December and January.