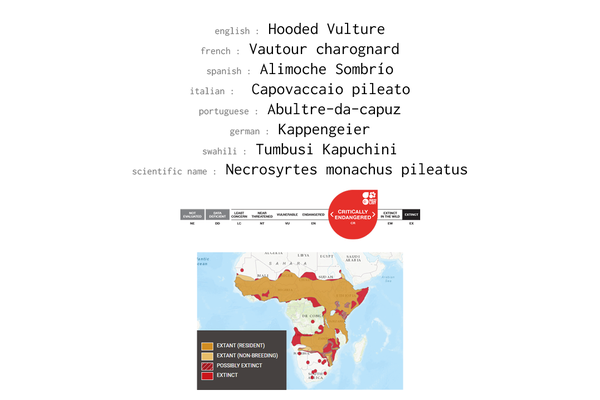 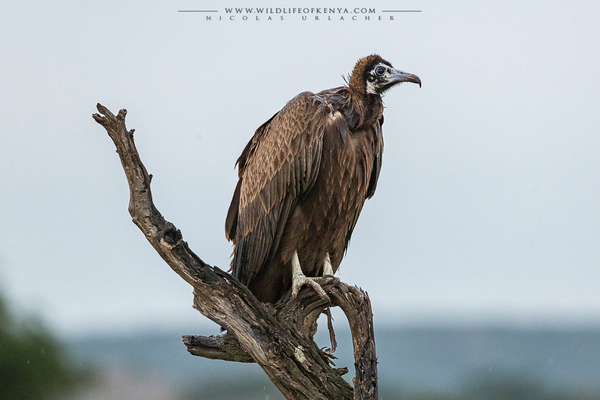 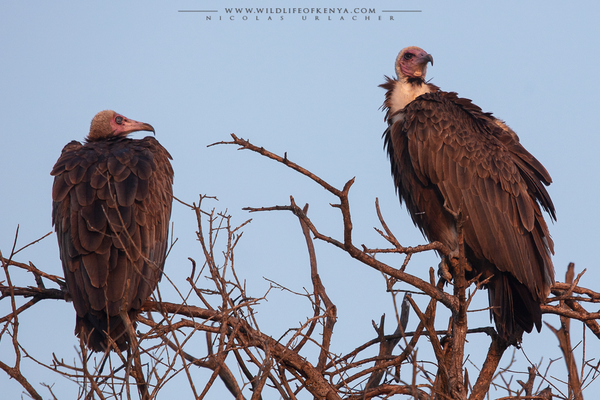 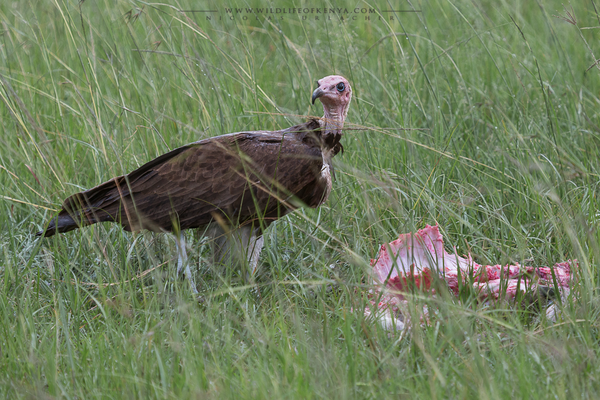 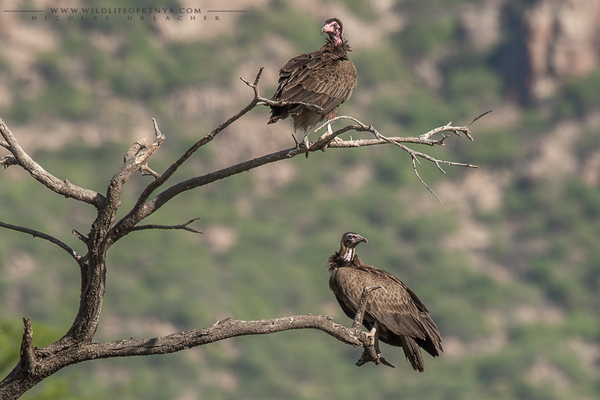 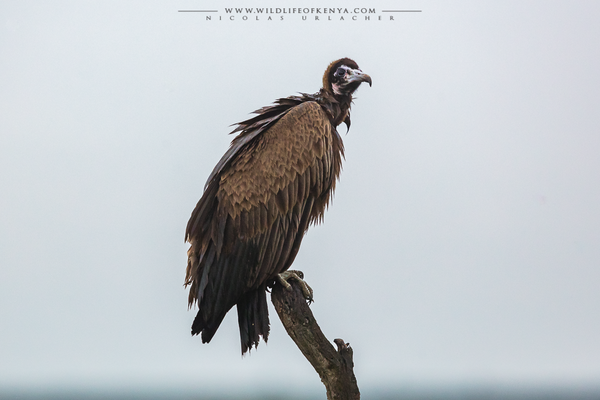 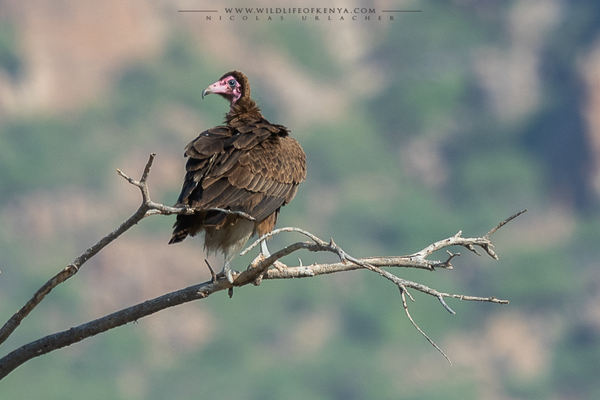 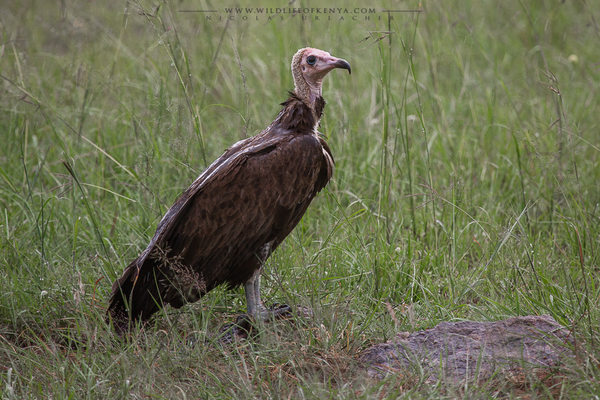 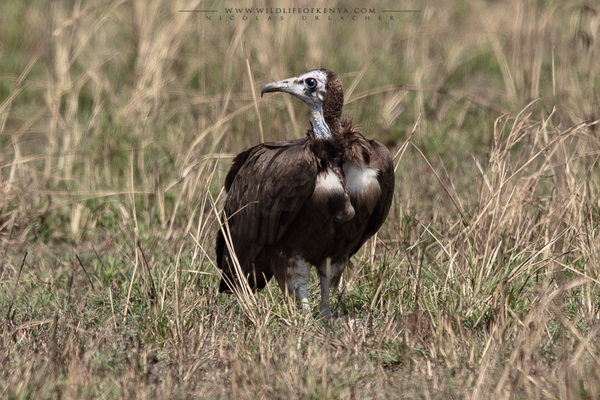 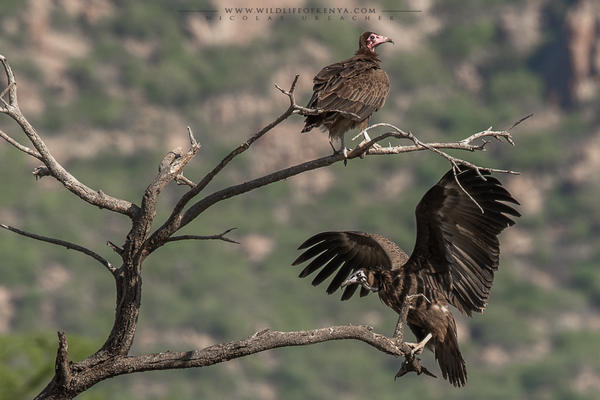 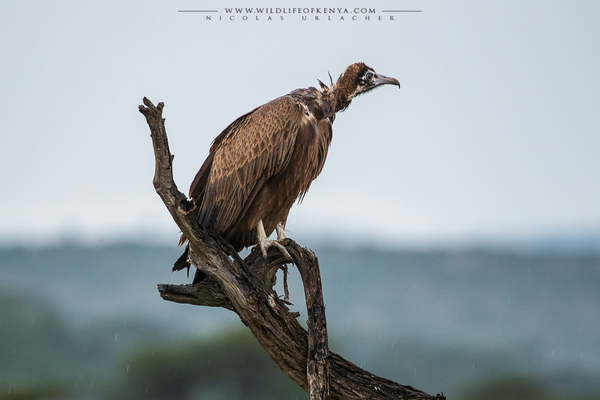 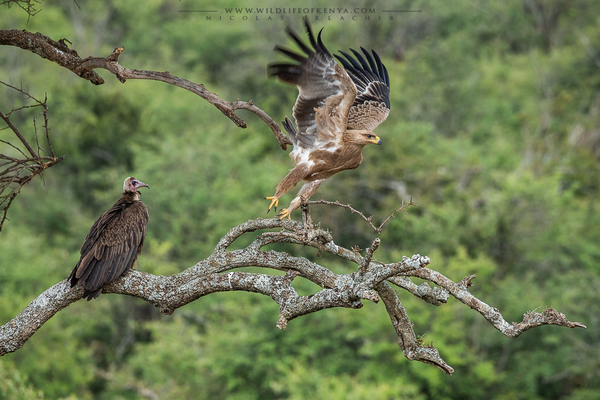 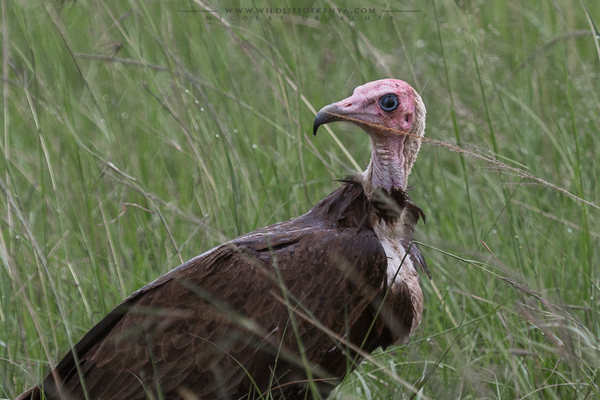 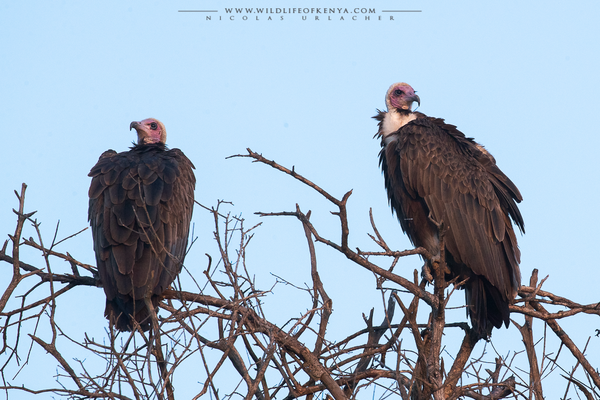 The hooded vulture (Necrosyrtes monachus) is an Old World vulture in the order Accipitriformes, which also includes eagles, kites, buzzards and hawks. It is the only member of the genus Necrosyrtes, which is sister to the larger Gyps genus, both of which are a part of the Aegypiinae subfamily of Old World vultures. It is native to sub-Saharan Africa, where it has a widespread distribution with populations in southern, East and West Africa.

The species has been uplisted from its previous IUCN status of endangered to critically endangered, since the species is going through a very steep decline in population, owing to various factors including poisoning, hunting, habitat loss and degradation of habitat. Hunting is the most well-known threat to the species, however, poisoning has been shown to have the highest impact on the population. Poisoning of the species has been both unintentional and intentional, with unintentional poisoning being caused through the poisoning of other animals which the species feeds on. Hunting on the other hand is caused by vultures being used by people in traditional medicine and cultural beliefs and as a food source, particularly in West and southern Africa. Poisoning with carbofuran pesticides at livestock baits being used to poison mammalian predators is also an issue in East Africa.