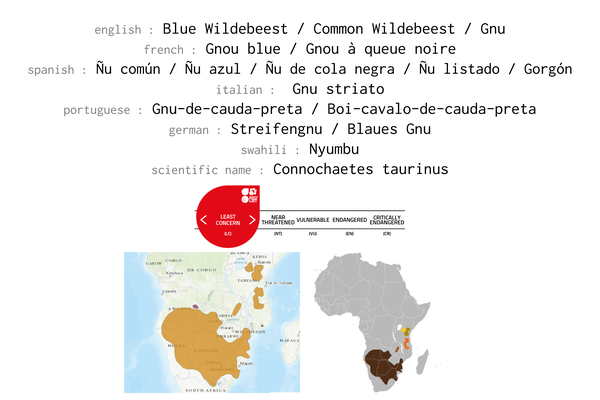 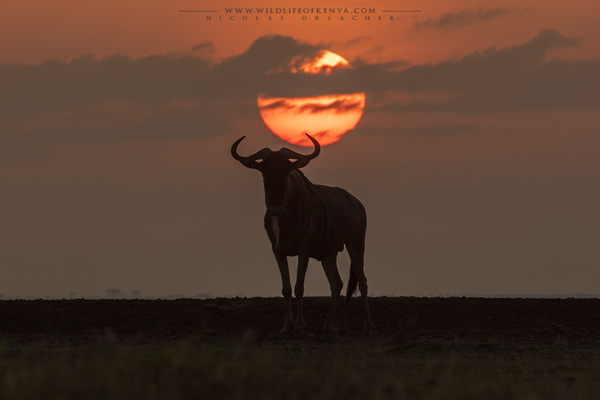 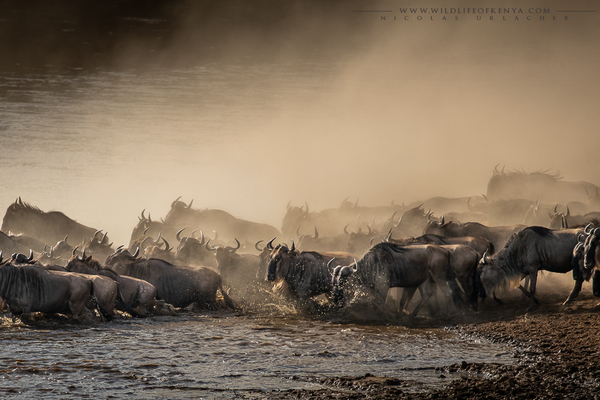 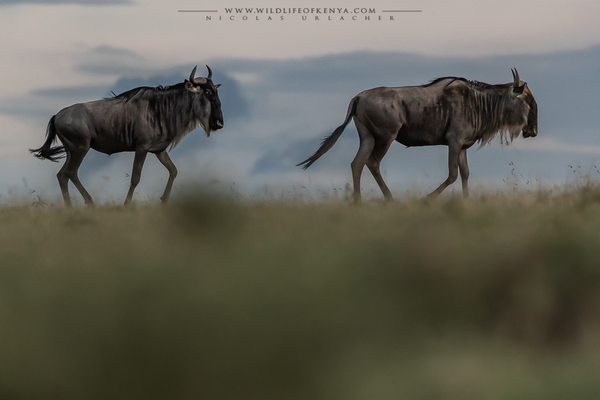 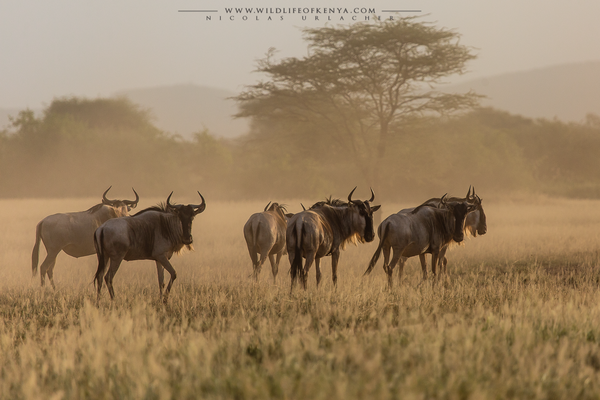 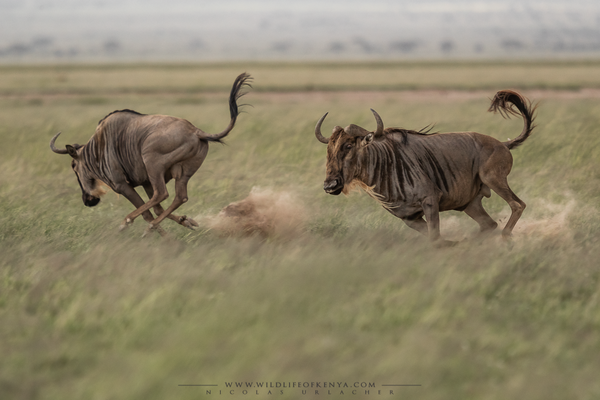 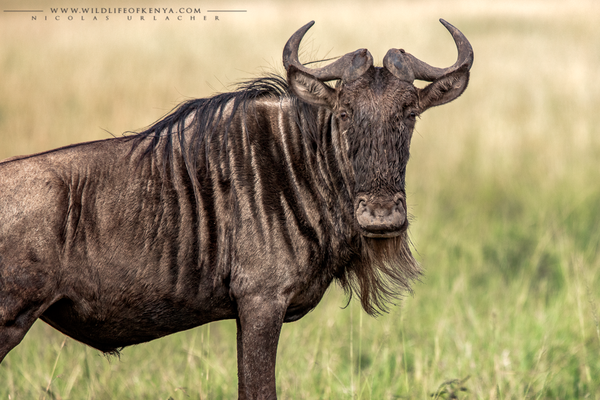 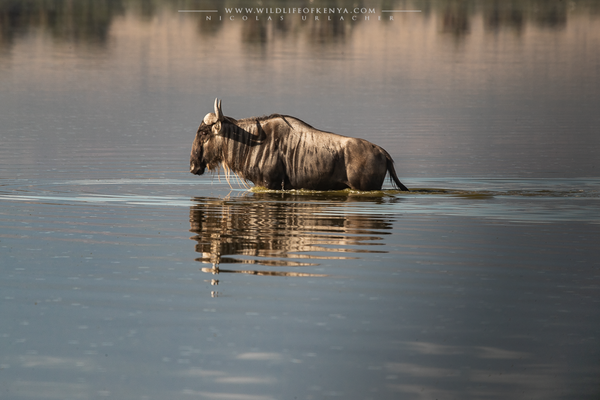 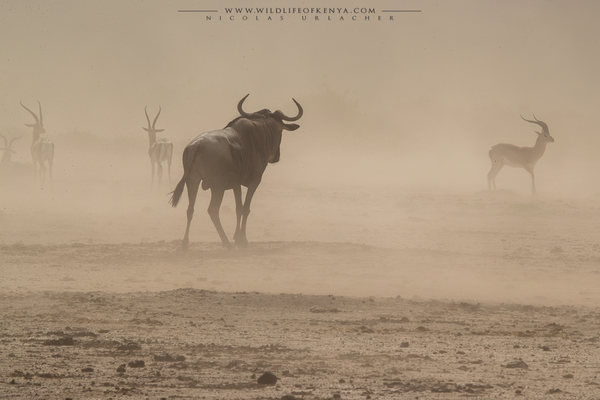 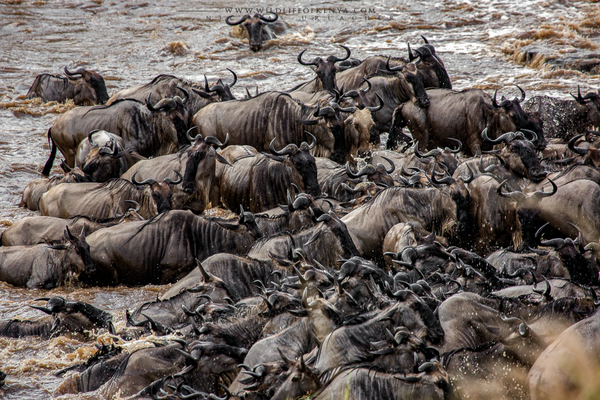 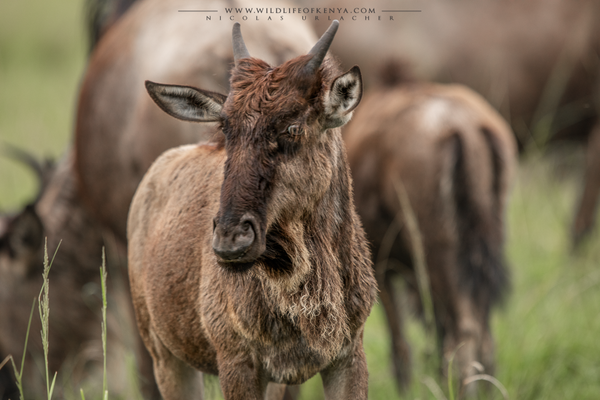 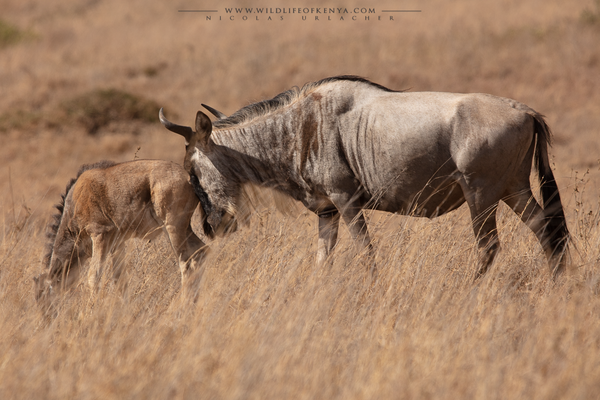 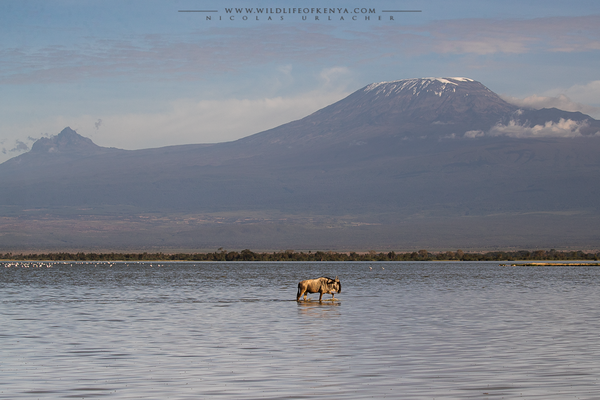 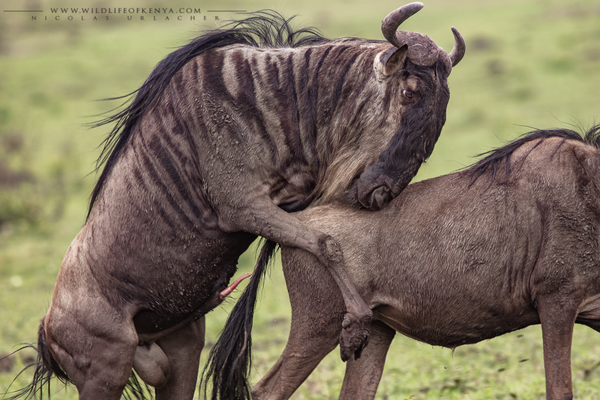 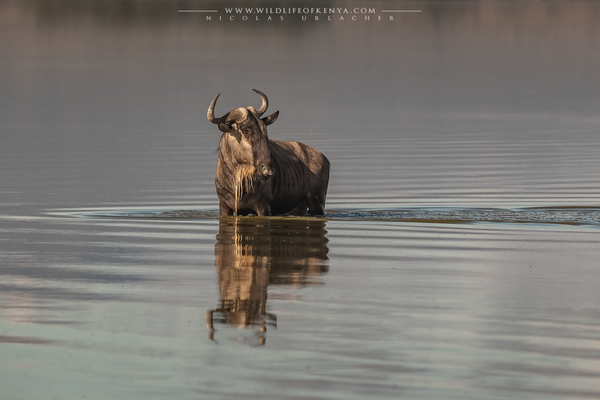 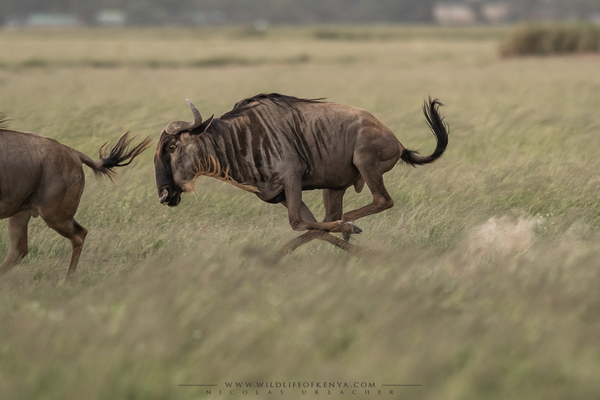 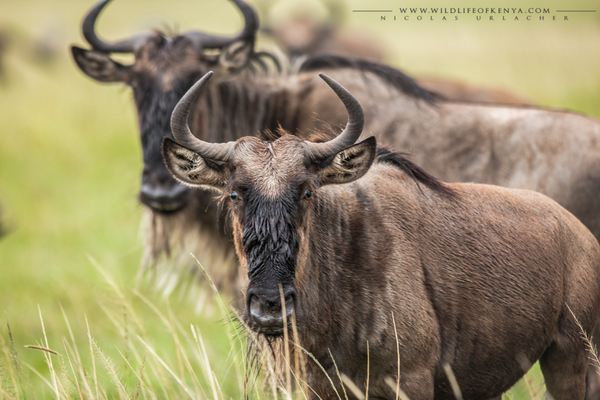 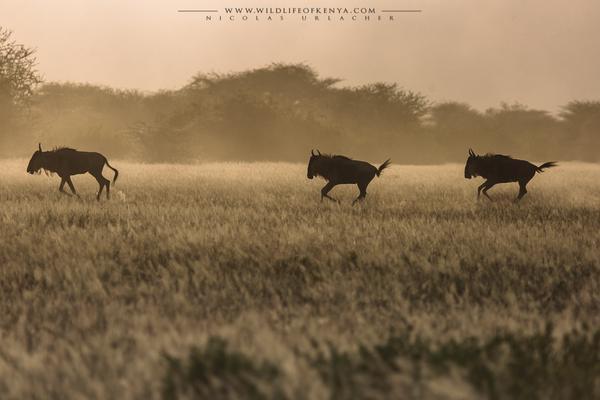 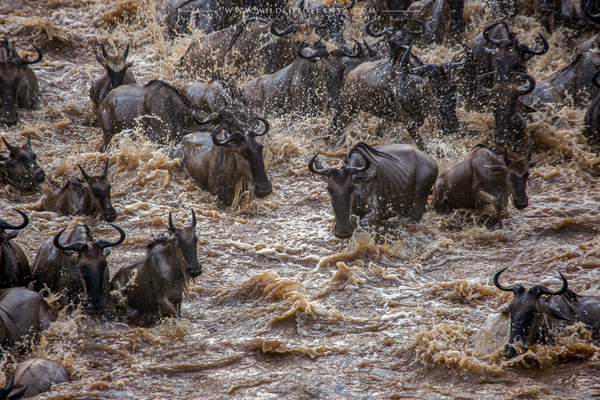 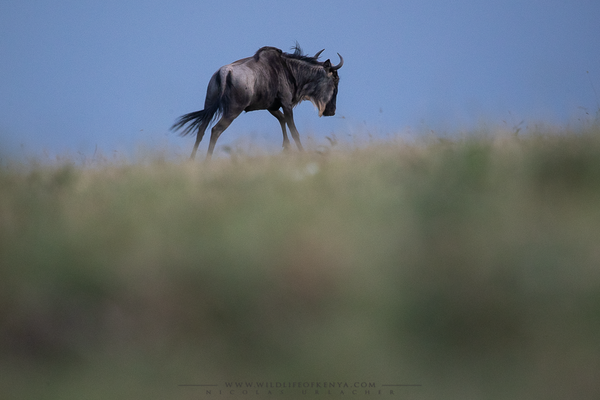 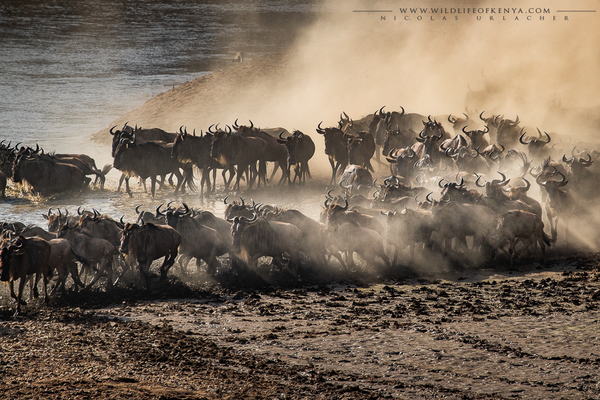 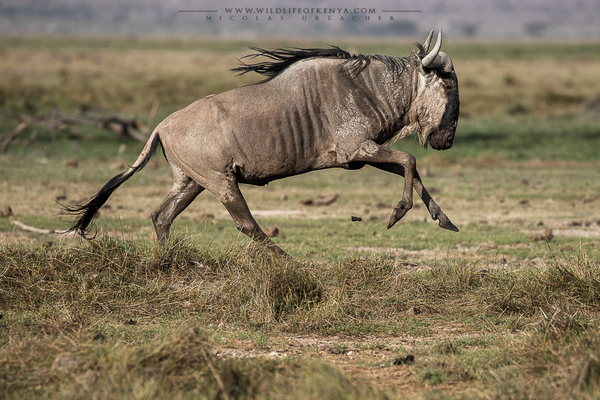 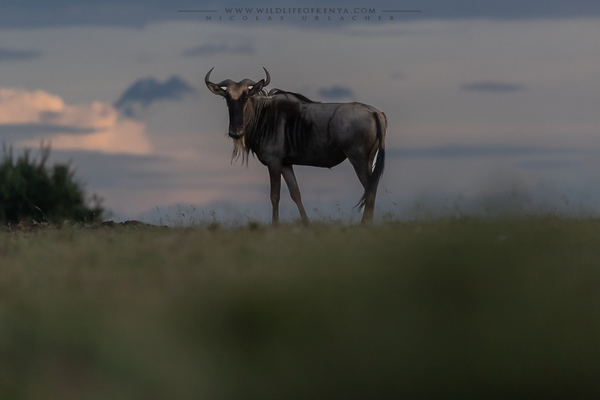 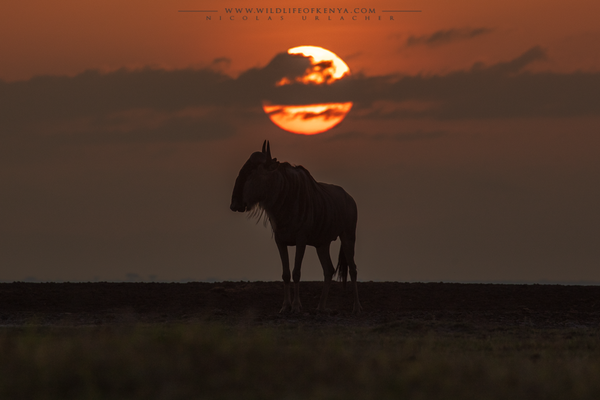 Wildebeest is a mammal that belongs to the family of antelopes. Wildebeests live in central, eastern and southern parts of Africa. They prefer life in green plains and open woodlands. Wildebeest is also known as gnu. These odd-looking animals have high reproduction rate and despite being targeted by numerous African predators, their number in the wild is still high and stable. Wildebeests are not listed as endangered animals.

Wildebeest has a mane just like horse. Both males and females have curved horns.Wildebeest is a grazer. It eats mainly short grass. It needs to drink water at least every other day.

Due to harsh climate in Africa, wildebeest is well known for its seasonal migration. They will move toward the west when sources of food and water become scarce.During migration, wildebeests travel between 500 and 1000 miles. Migrations are one of the most fascinating phenomena that can be seen in Africa. Migratory group consists of 1.5 millions of wildebeest and hundreds of thousands associated animals, such as zebras and Thompson's gazelles.

Wildebeest live in large herds, composed of animals of both sex and their offspring. Life in herd provides protection against predators.Main predators of wildebeest are lions, hyenas, cheetahs and African wild dogs.During mating season, breeding groups composed of around 150 animals will be created. These groups are further divided in several smaller groups, where the most dominant male performs different kind of antics to impress the females.Male wildebeest are also known as "clowns of savanna" because of the weird behavior during mating season.

Males also attract females by rubbing a scent (produced in the preorbital and interdigital gland) into the ground. They will urinate and defecate to mark their breeding territory and to keep other males away. Pregnancy lasts 8.5 months and it ends with a single baby. Female gives birth in the middle of the herd. 80% of calves are born during the same 2-3 week period, just before rainy season.

Calves (babies) are able to walk as soon as they are born. Few days after birth, babies can run with the rest of the herd. Calves will suckle during the first four months of their life. Milk-based diet will be enriched with grass 10 days after birth.

Wildebeest can live up to 20 years in wild.