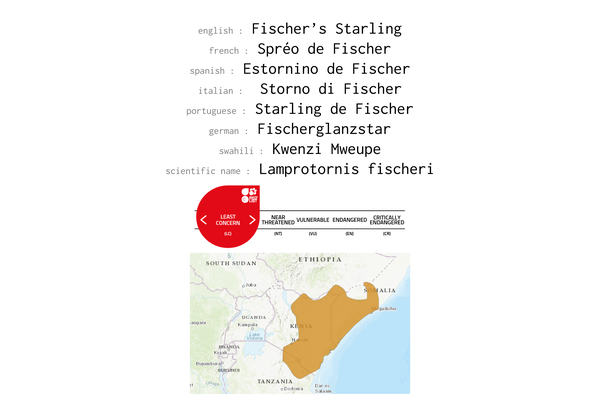 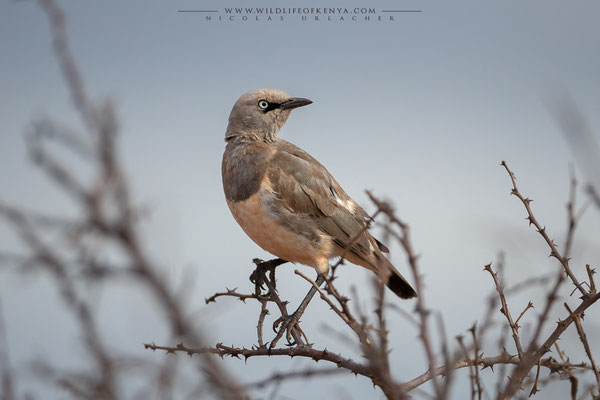 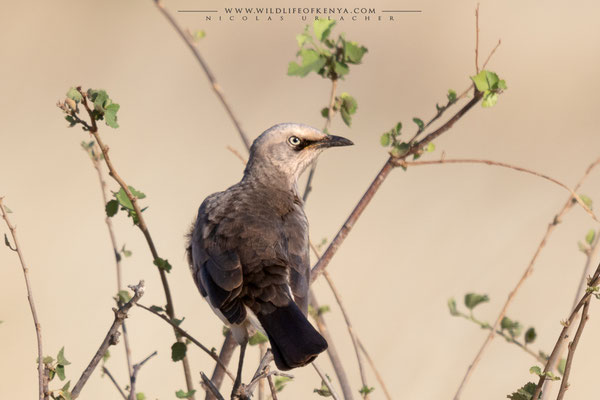 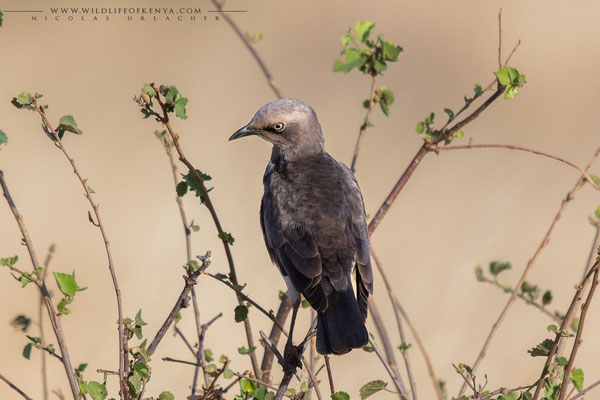 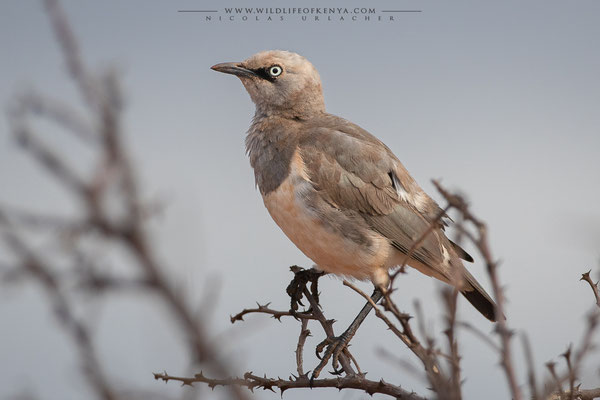 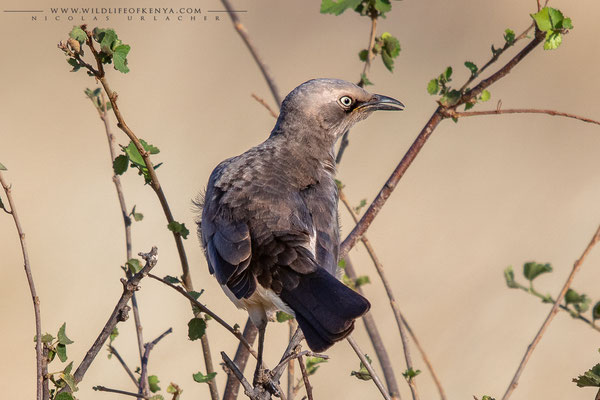 Fischer's starling (Lamprotornis fischeri) is a bird which is an uncommon resident breeder from southern Ethiopia and Somalia to eastern Kenya and Tanzania. It is found in dry open acacia thornbush. Fischer's starling usually nests in thorn trees, typically 2.5 m (8 ft 2 in) above the ground. The roofed nest is made from grasses and lined with feathers. It has a ramp and opening in its side. Up to six red-spotted blue eggs make up the clutch, and are laid in April to May and September to November. Both parents feed the chicks, assisted by helpers, which are typically subadult or unmated birds. Like other starlings, Fischer's starling is an omnivore, and sometimes takes fruit and berries, but its diet is mainly insects, taken from the ground. It normally forages alone or in pairs, but will form mixed flocks with wattled starlings.

In Kenya it can be found below 1400 m, from far North East to the Masai Steppe.