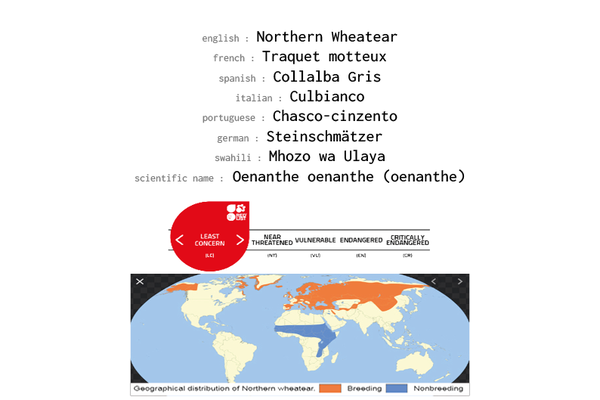 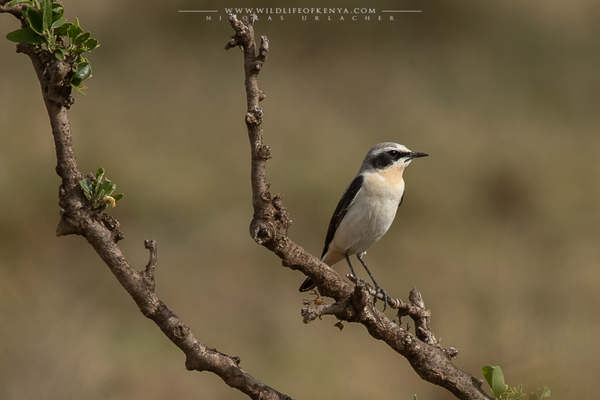 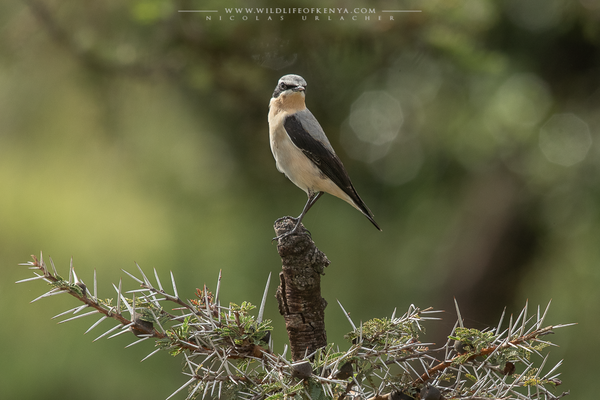 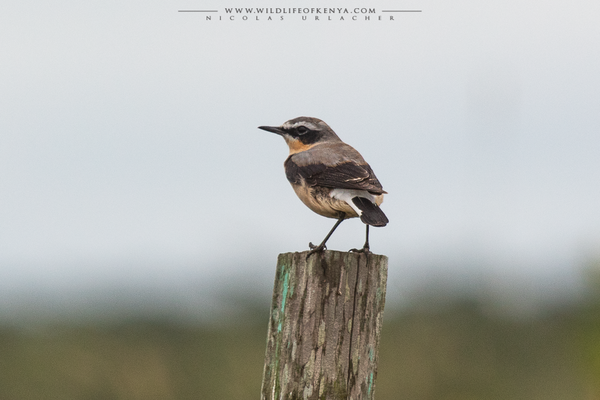 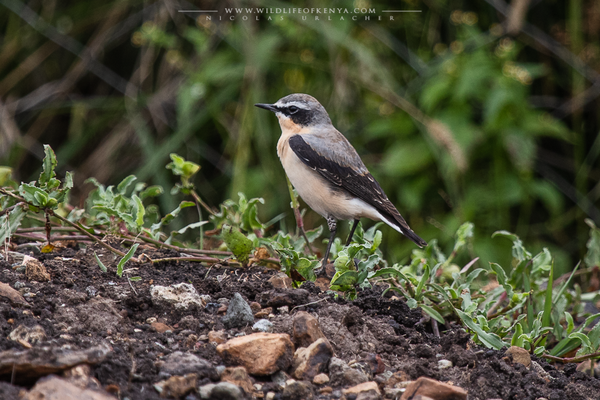 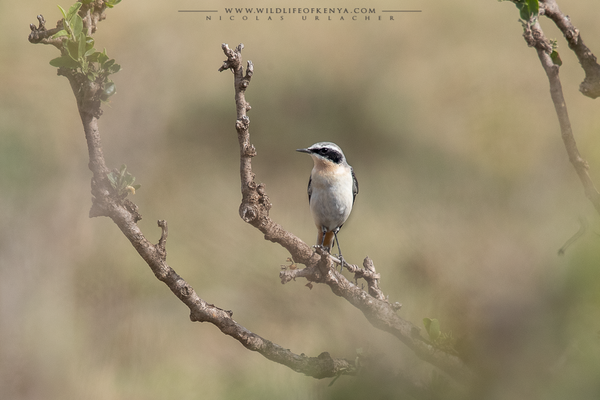 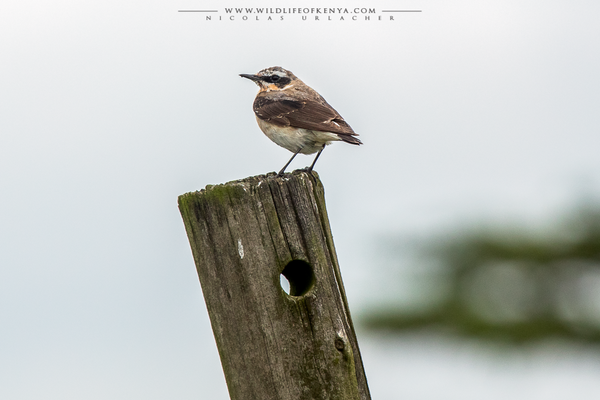 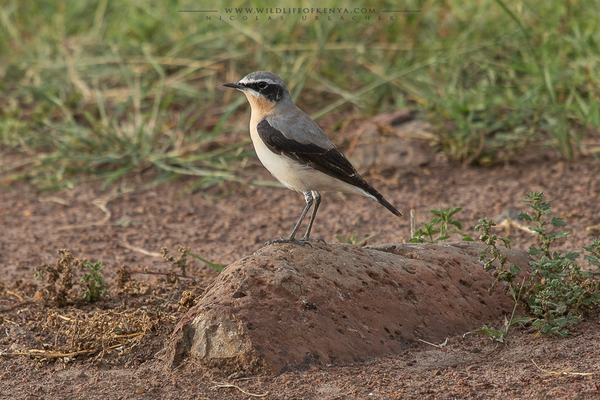 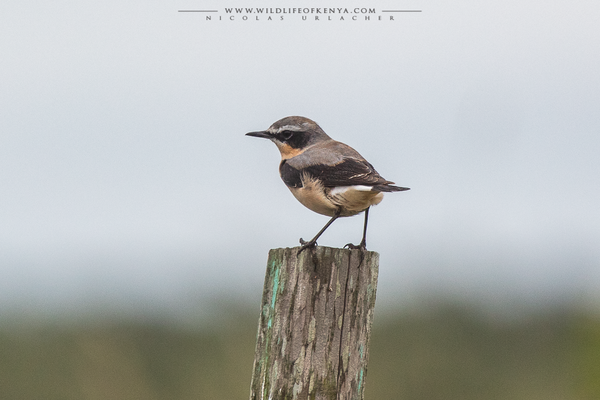 The northern wheatear or wheatear (Oenanthe oenanthe) is a small passerine bird that was formerly classed as a member of the thrush family Turdidae, but is now more generally considered to be an Old World flycatcher, Muscicapidae. It is the most widespread member of the wheatear genus Oenanthe in Europe and Asia.

The northern wheatear is a migratory insectivorous species breeding in open stony country in Europe and Asia with footholds in northeastern Canada and Greenland as well as in northwestern Canada and Alaska. It nests in rock crevices and rabbit burrows. All birds spend most of their winter in Africa. The species that winters in Kenya (Oenanthe oenanthe oenanthe) comes from north and central Europe through north Asia to east Siberia and northwest North America.

The northern wheatear makes one of the longest journeys of any small bird, crossing ocean, ice, and desert. It migrates from Sub-Saharan Africa in spring over a vast area of the Northern Hemisphere that includes northern and central Asia, Europe, Greenland, Alaska, and parts of Canada. In autumn all return to Africa, where their ancestors had wintered. Arguably, some of the birds that breed in north Asia could take a shorter route and winter in south Asia; however, their inherited inclination to migrate takes them back to Africa.

Miniature tracking devices have recently shown that the northern wheatear has one of the longest migratory flights known - 30,000 km, from sub-Saharan Africa to their Arctic breeding grounds.