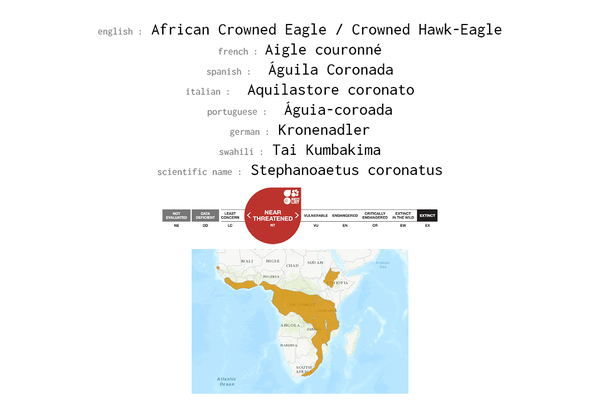 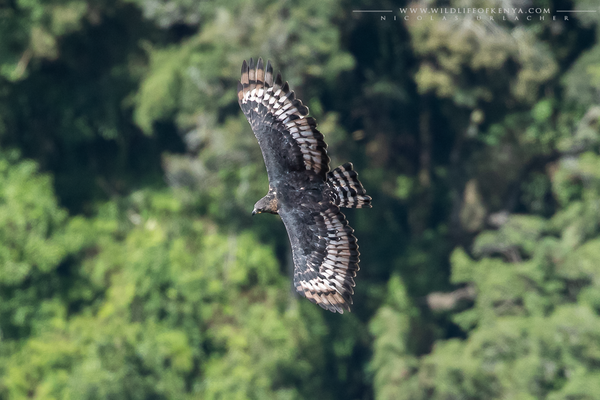 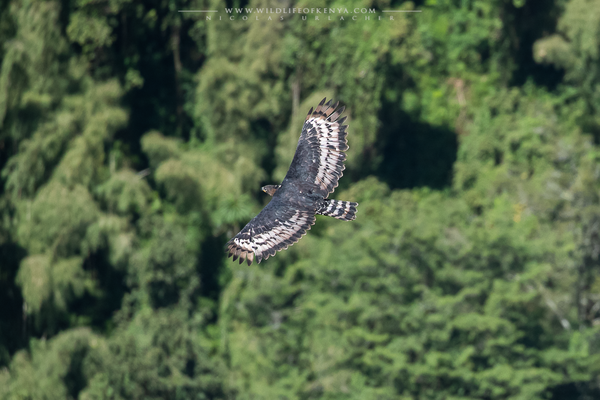 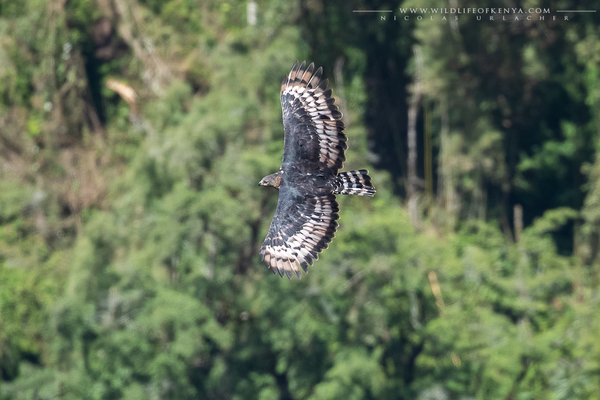 The crowned eagle, also known as the African crowned eagle or the crowned hawk-eagle (Stephanoaetus coronatus), is a large bird of prey found in sub-Saharan Africa; in Southern Africa it is restricted to eastern areas. Its preferred habitats are principally riparian woodlands and various forests.

At least 90 percent of the diet is mammalian; the usual prey taken by populations shows pronounced regional differences. Throughout its range the principal prey items are small ungulates (such as duikers), rock hyrax and small primates such as monkeys. Birds and large lizards are barely taken. Although the crowned eagle's long tail imparts an overall length up to 90 cm, it is somewhat less massive and has a considerably shorter wingspan than Africa's largest eagle, the martial eagle. It is nevertheless considered Africa's most powerful eagle when measured in terms of the weight of its prey items. It often preys on mammals such as bushbuck, exceptionally weighing up to 30 kg albeit usually much less. The crowned eagle possesses unusually large talons and strong legs, and may kill by crushing the skull.

Thanks to its bold and highly conspicuous behavior, it is exceptionally well-studied for a large, forest-dwelling eagle. Due to a relatively high level of habitat adaptability, it was until recently considered to be faring well by the standards of large, forest-dependent raptors. However, today it is generally thought that it is decreasing far more than was previously perceived due to the almost epidemic destruction of native tropical African forest. It is now listed by the IUCN as Near Threatened.