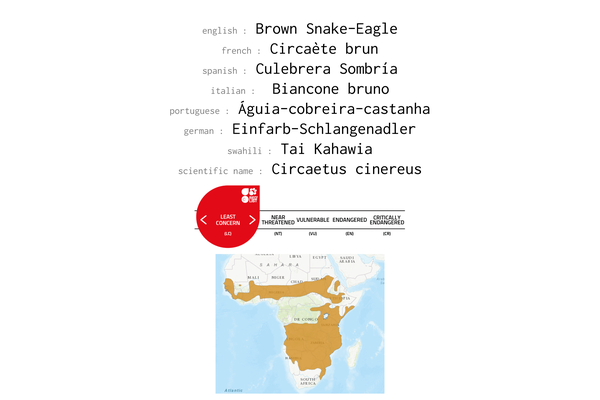 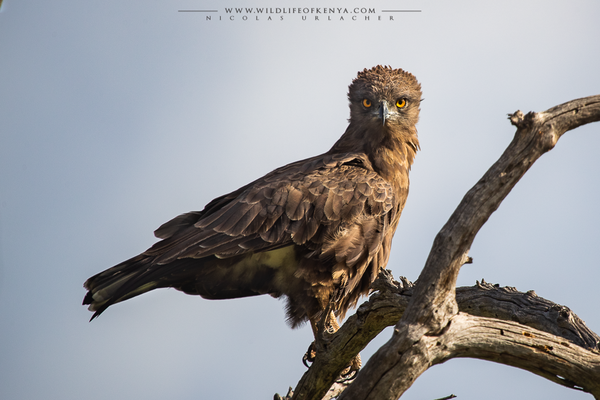 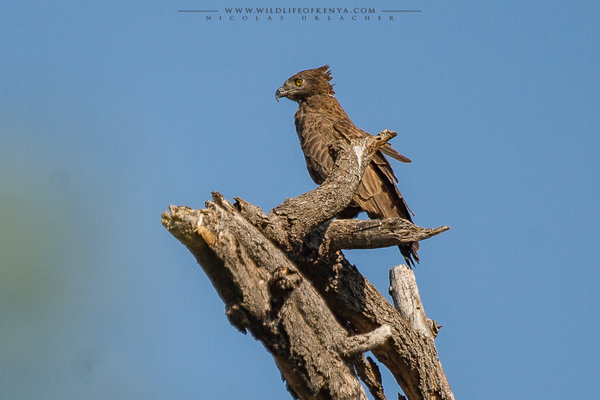 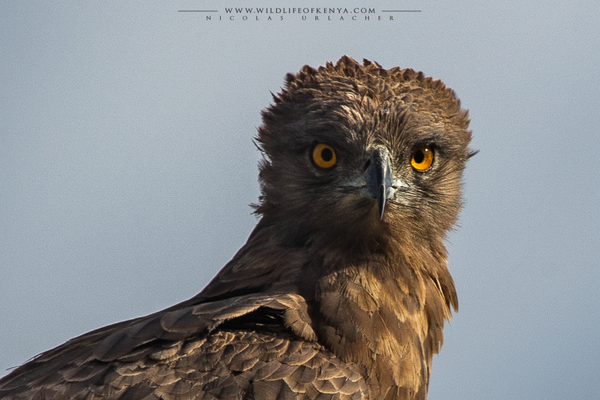 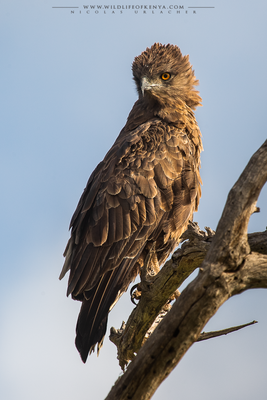 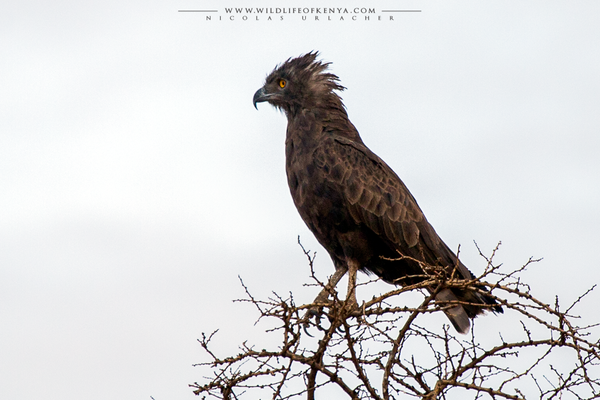 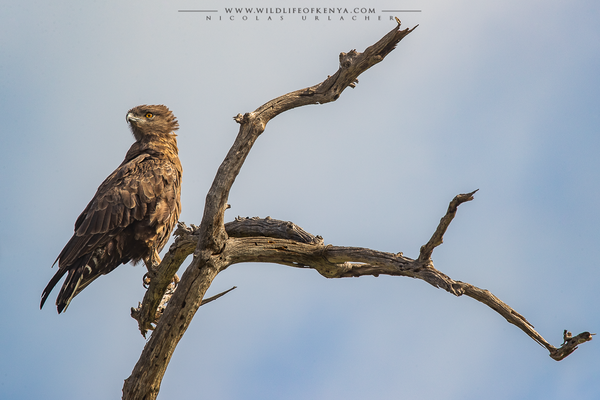 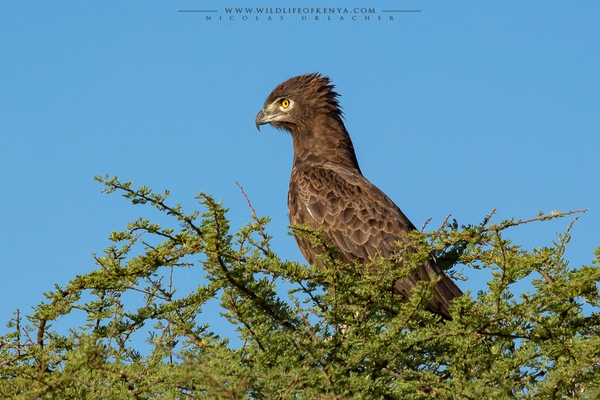 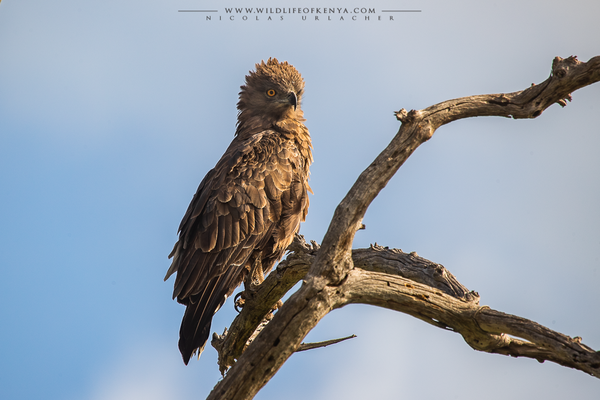 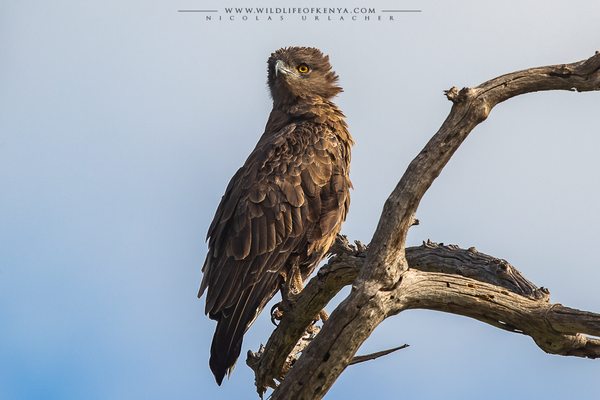 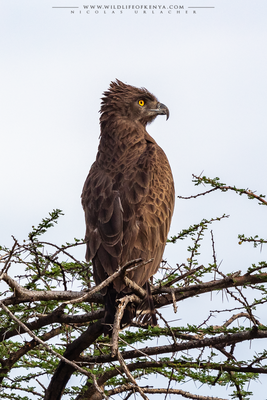 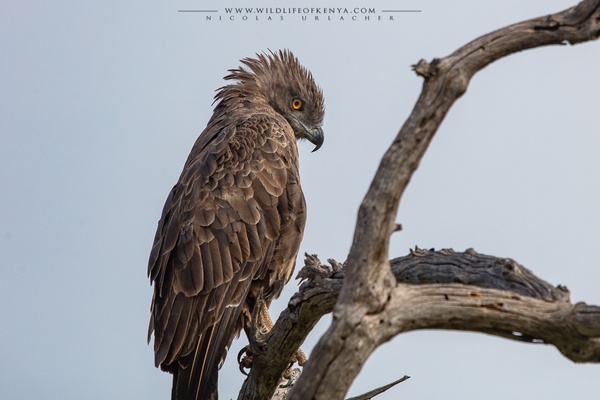 The brown snake eagle (Circaetus cinereus) is a fairly large species of bird of prey in the family Accipitridae. It is found in West, East and southern Africa. This species is an almost obligate predator of a variety of snakes. A very solitary bird, the brown snake eagle has a prolonged breeding cycle and raises a single eaglet. Although probably naturally scarce, it is classified as a Least concern species as it continues to occur over a very broad range.

The brown snake eagle is somewhat larger and more powerful than other snake eagles and consequently tends to take relatively larger prey. It seems virtually any reasonably sized snake, regardless of whether harmless or venomous is taken more or less indiscriminately. Like others in their subfamily, they have natural protection against bites, with thick-skinned legs. Hunting is typically from a tree perch or hillock, but also rarely sometimes from flight, and taken almost exclusively on the ground. Like most snake eagles, they quite often swallow their prey whole (though particularly large snakes are torn apart), but seldom do so in flight as do other snake eagles. Alternate prey is known to have included monitor lizards, toads, francolins, guineafowl and chickens as well as rats and perhaps other mammals.

This species is solitary and even the breeding pair is rarely seen in the same place at any point of the year. Males do almost all known territorial display flights, which sometimes escalate from typical soaring into butterfly-like erratic flight movements and, if escalated, into interlocking of talons and cartwheeling. Breeding takes places in February-October in Kenya. The nests are relatively small, usually about 60 to 70 cm across and 15 to 30 cm deep, often being on flat-topped trees such as Acacia or Euphorbia at 3.5 to 11 m  above the ground. A single egg clutch is laid and is incubated mainly by the female for approximately 50 days (quite long for an eagle of this size). Like most birds of prey, the female largely takes on brooding and the male food deliveries. In this species, the male often arrives with a snake hanging from his mouth with only the tail extending from his throat, the female then pulls it out of his bill and throat, thereafter she tears the prey into appropriately sized bites for the single eaglet. The juvenile eagles stay around the nest for 60–100 days before exploring branches along the perimeter, until they fledge at 97-113 (mean of about 109) days. The juvenile brown snake eagle is completely independent a few weeks after fledging. Though the young eagle may continue to beg the adults, the parents soon lose interest in feeding the young eagle.

Typical lifespan in this species is around 7–10 years, fairly short for an eagle. This species is somewhat scarce and is possibly declining overall per the IUCN but it is persisting fairly strongly over a large range, that includes 23.3 thousand square kilometers. It is therefore at least concern status for immediate conservation attention.