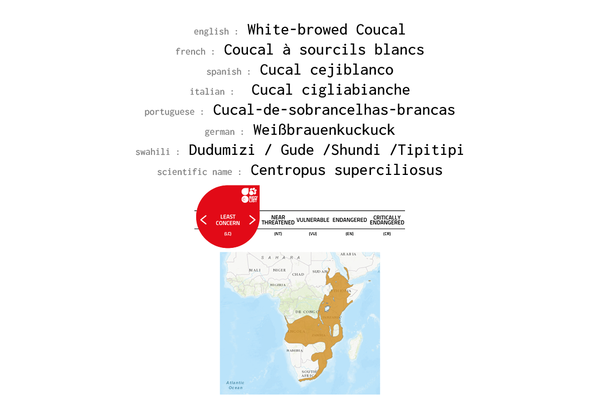 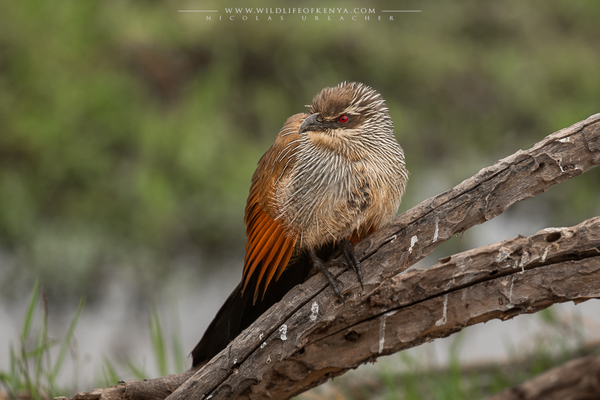 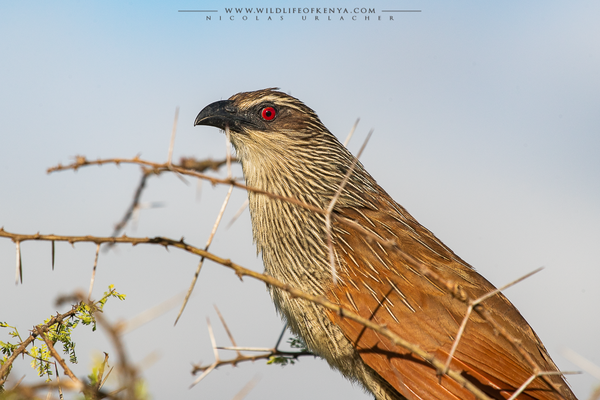 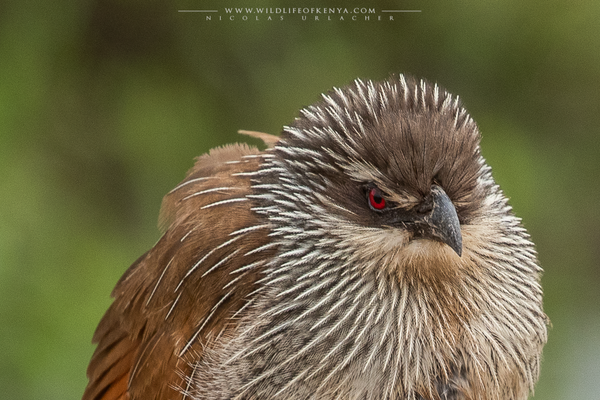 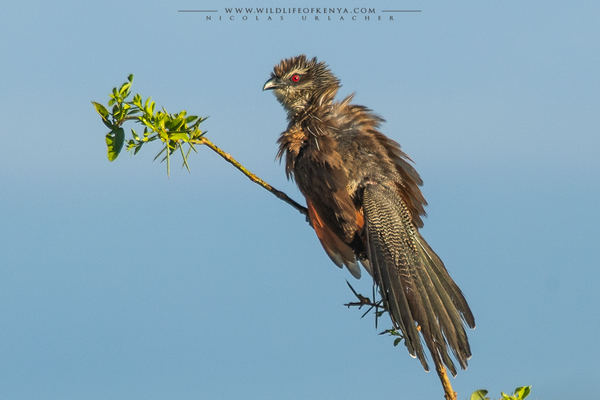 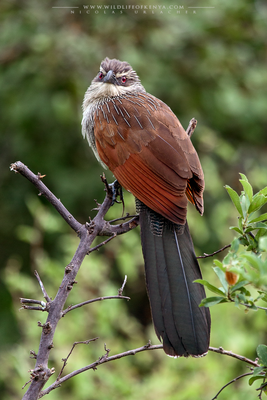 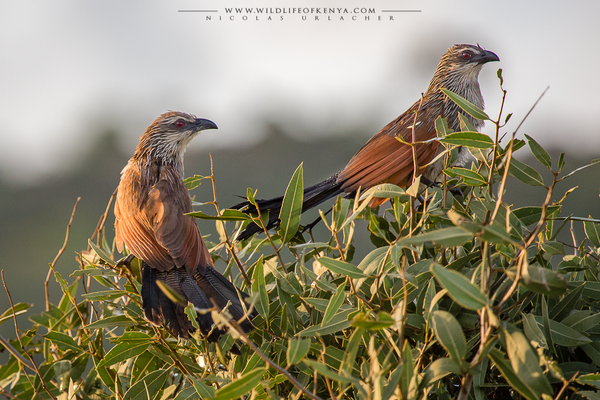 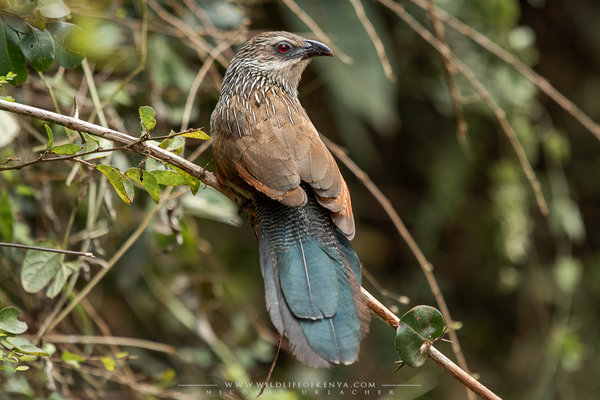 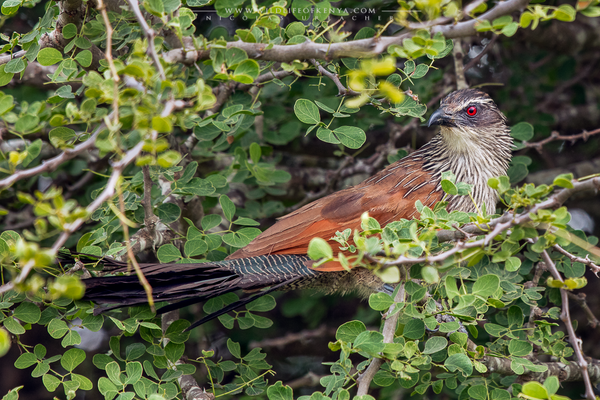 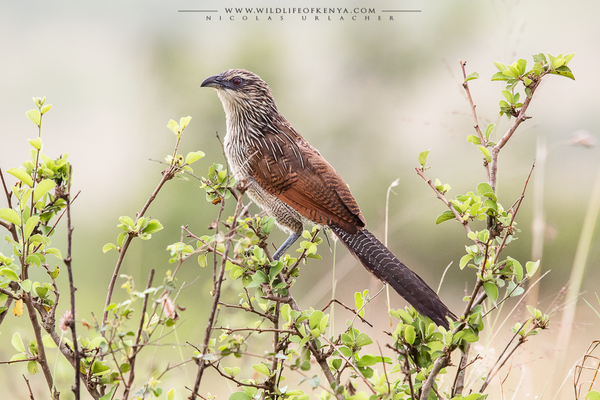 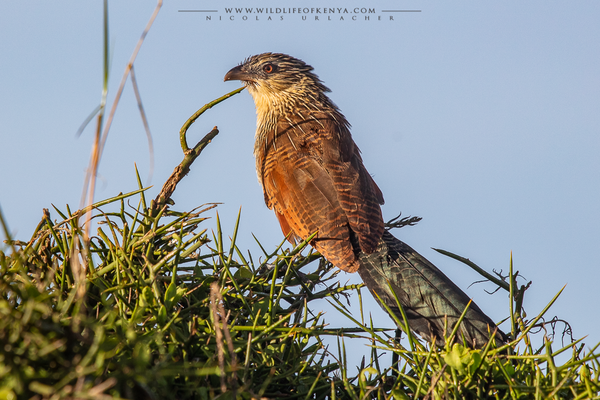 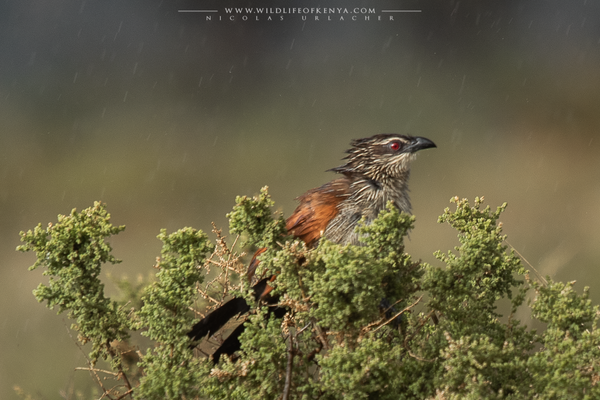 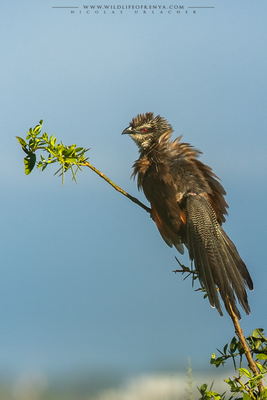 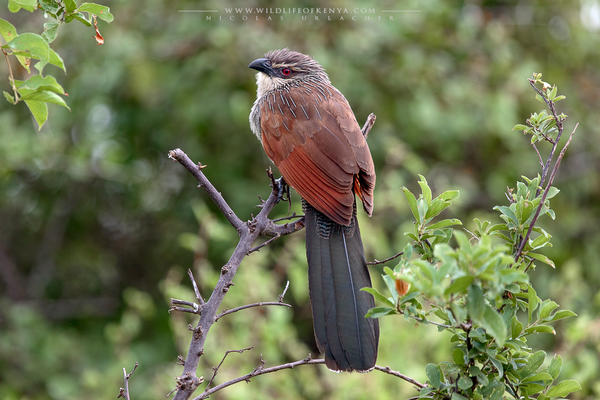 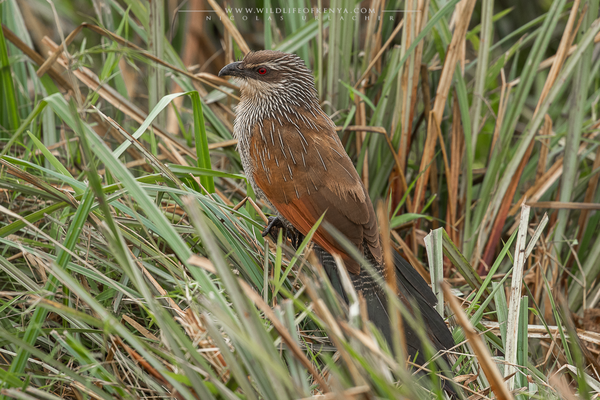 The White-browed Coucal (Centropus superciliosus) is a species of cuckoo that is found in sub-Saharan Africa - its range stretches from South of the Congo forests, through southwest to north-eastern areas of the Democratic Republic of the Congo (formerly Zaire), then through South Sudan, Ethiopia and West Somalia. In Kenya, it is the most common of the coucals - although it is less common or absent from the more arid regions.

According to popular Southern African lore, this species' distinctive call, which resembles water pouring from a bottle, is said to signal impending rainfall, earning the bird the name "Rainbird."

It has a wide diet consisting mostly of insects, but it will also take young birds and eggs.

The White-browed Coucal is non-parasitic (they raise their own young). The males construct a nest, they then incubate the eggs and provide most of the feeding and care for the young.