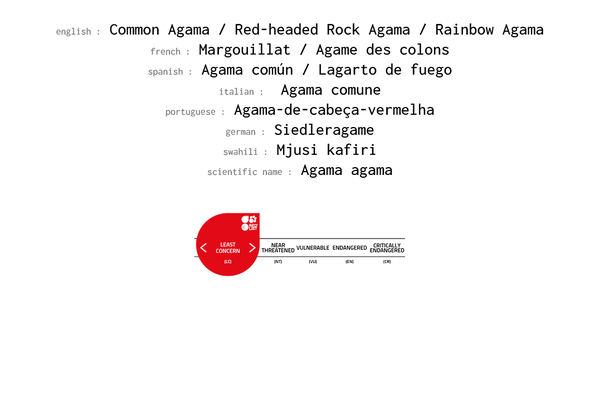 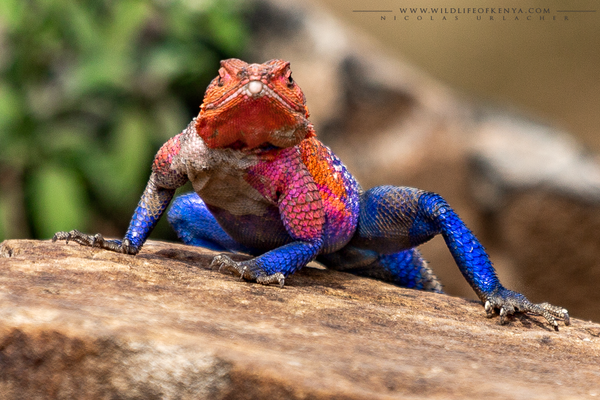 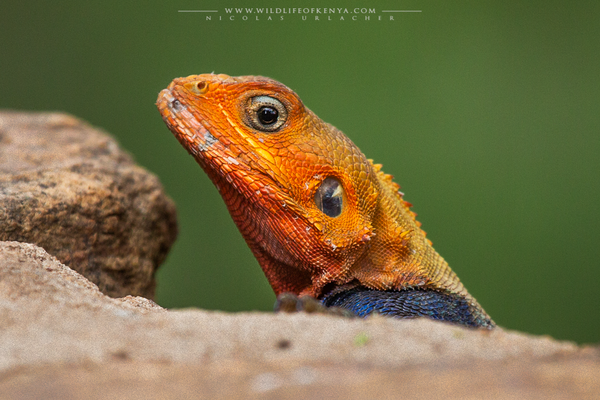 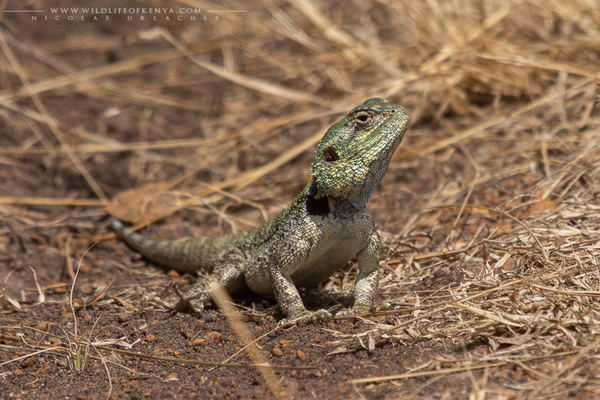 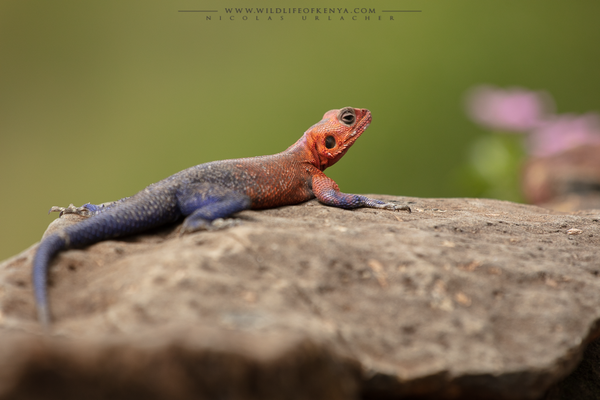 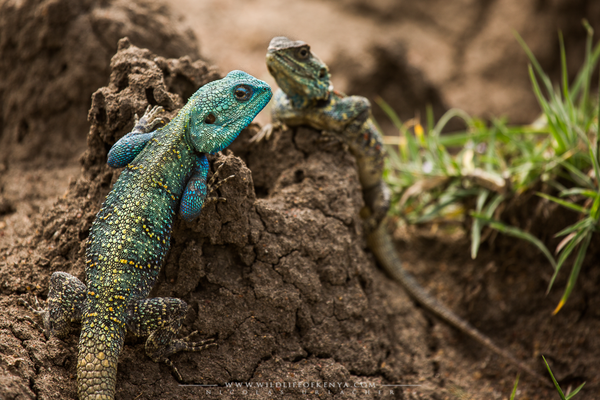 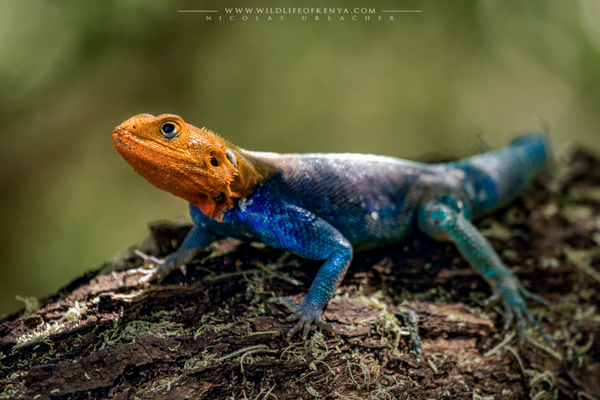 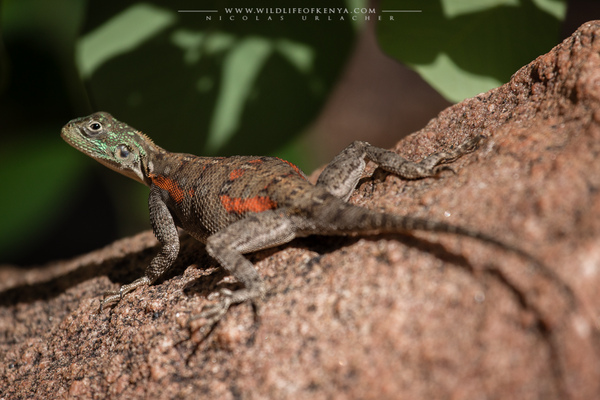 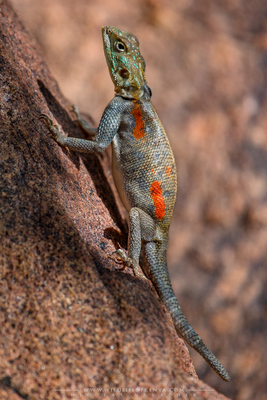 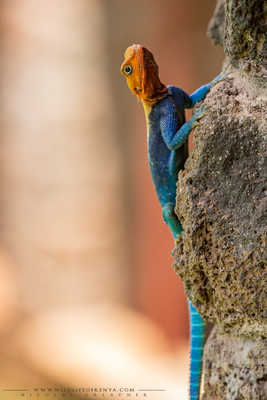 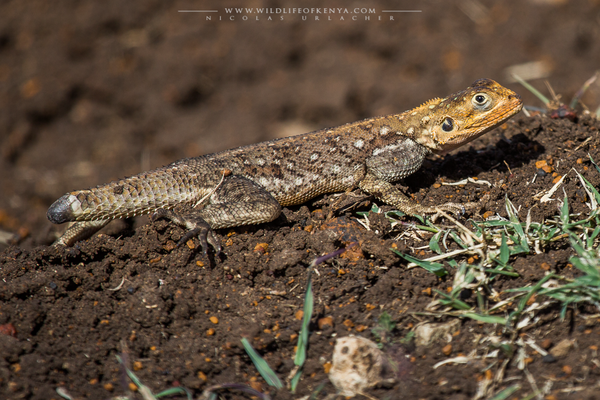 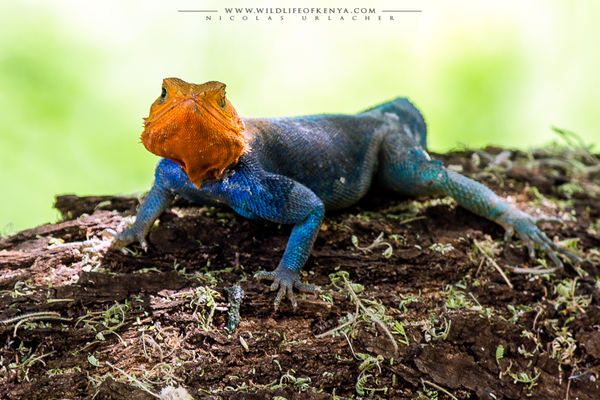 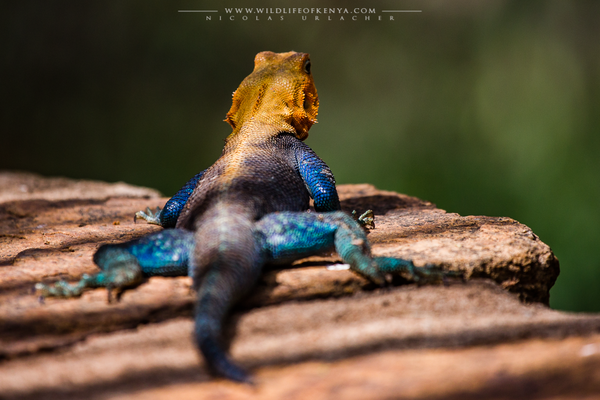 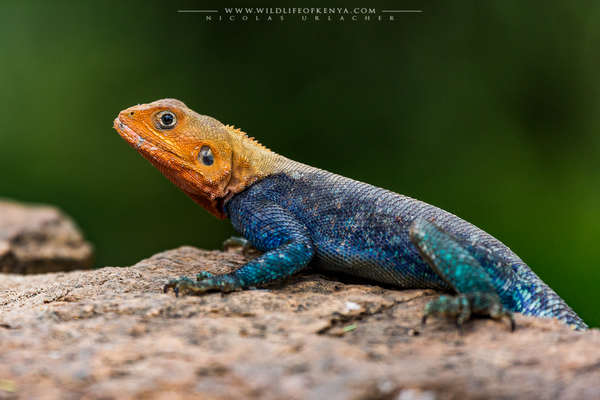 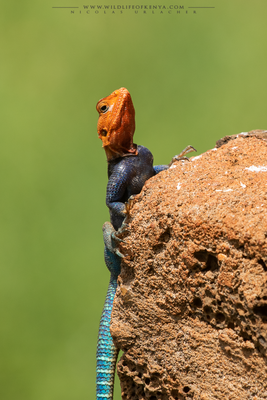 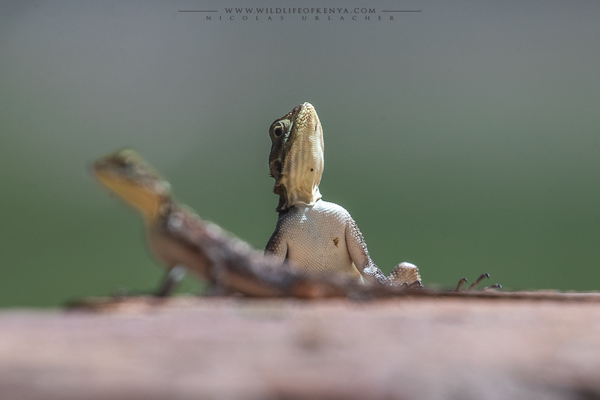 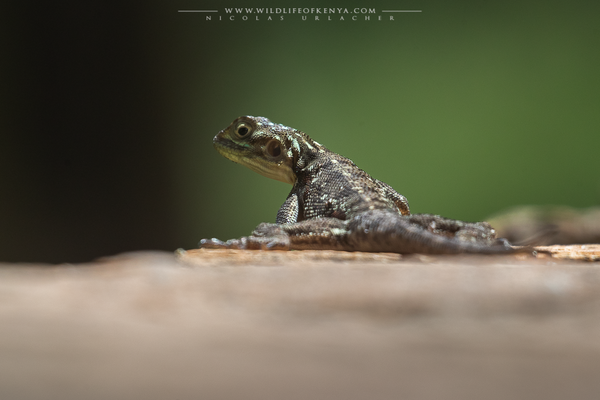 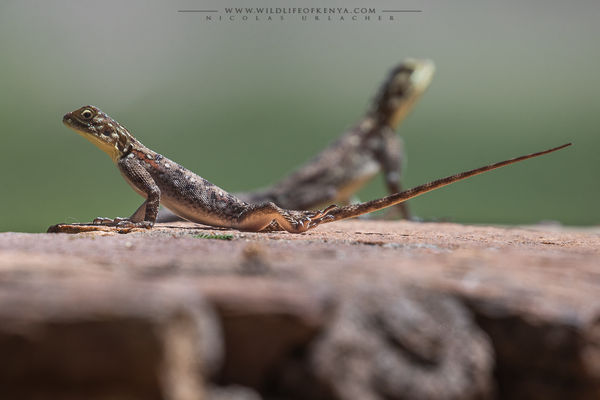 Among the most common lizards in Africa, these small, long-tailed reptiles live almost everywhere south of the Sahara. Changes in coloration play a key role in their behavior, communication, and reproduction.

Young red-headed agamas live by themselves, but join a group by the time they are four months old. Groups include females, juvenile males, and a dominant male. Male agama lizards defend their territories fiercely. They challenge intruding males by bobbing their heads—an action that looks like the lizard is doing pushups. During fights, the male’s body changes color to dark brown with a blue-gray pouch on their throats.

Agamas communicate mainly with their bodies, either through movements and postures or by changing colors. Head-bobbing means different things depending on whose doing the bobbing. Between males, it signals a challenge: “Do you want to fight?” But when a male head-bobs to a female, he’s trying to impress her in an attempt to mate. Subordinate males, females, and juveniles are typically a dull, olive brown, while a dominant male is brightly colored.

Red-headed agamas spend their days hunting for food, basking in the sun, and occasionally seeking out a bit of shade to cool down.