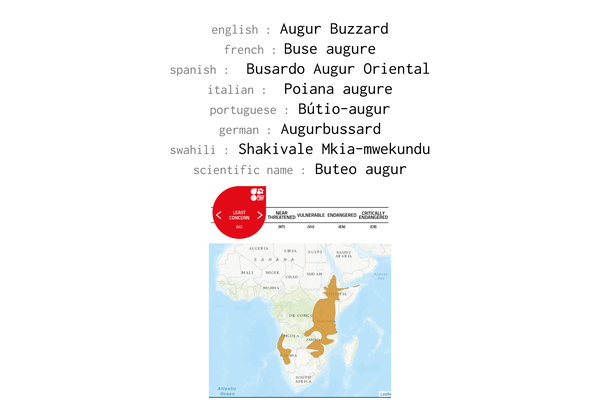 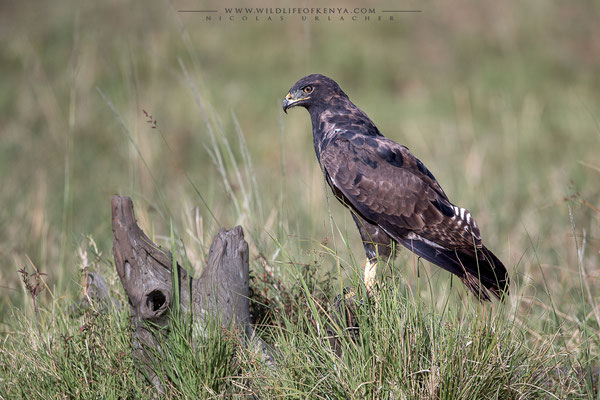 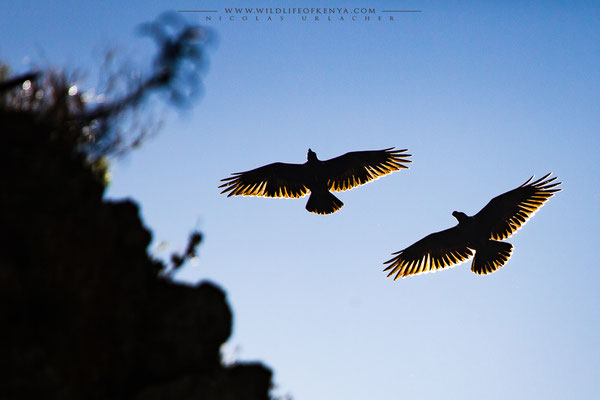 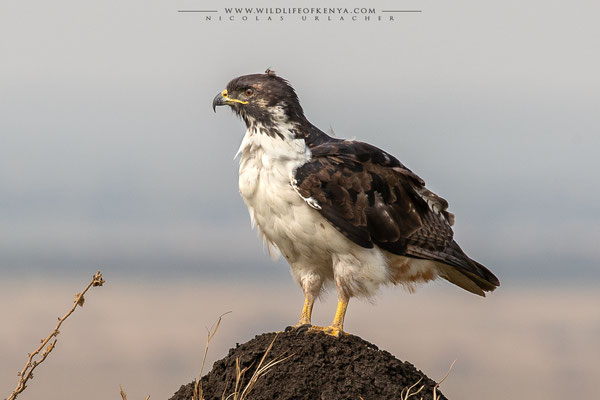 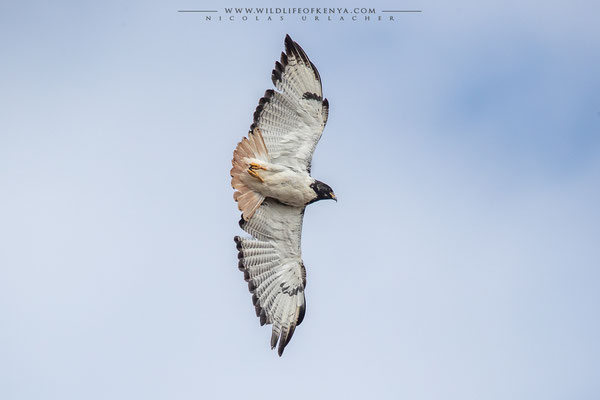 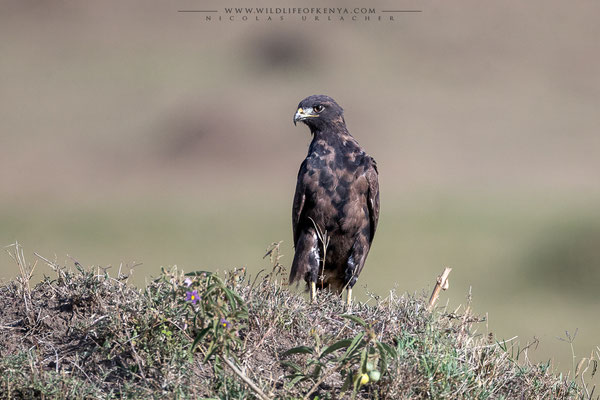 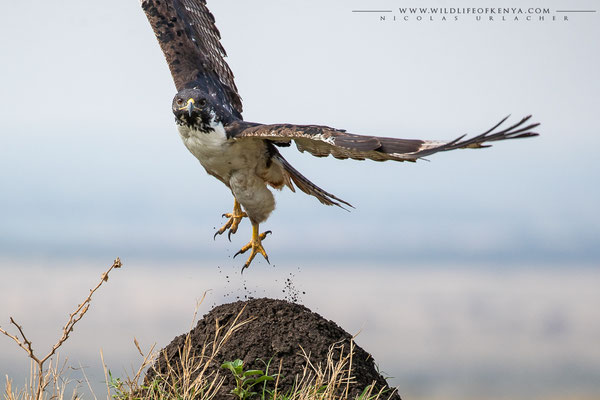 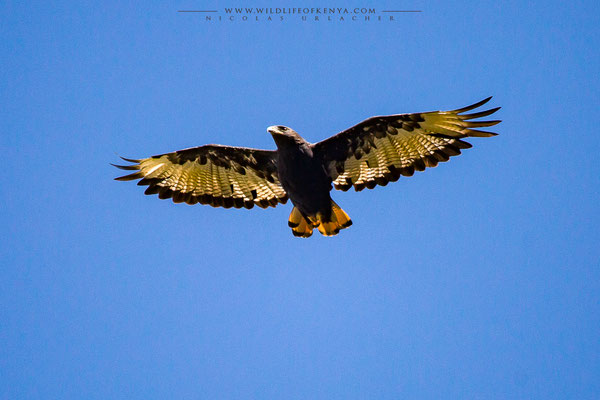 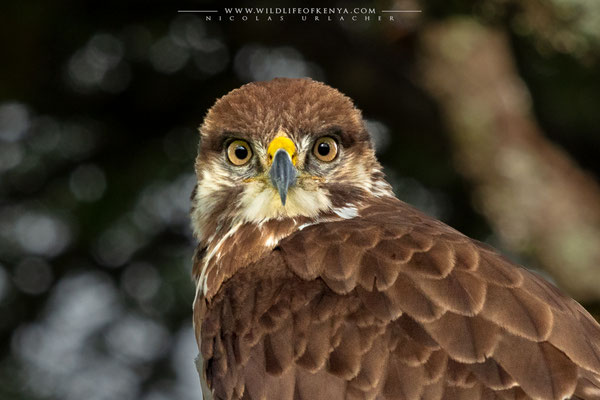 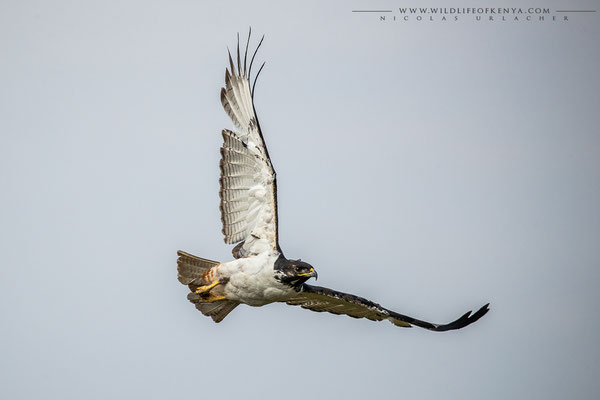 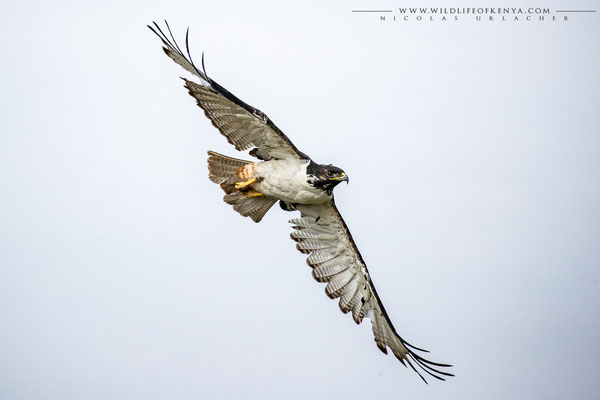 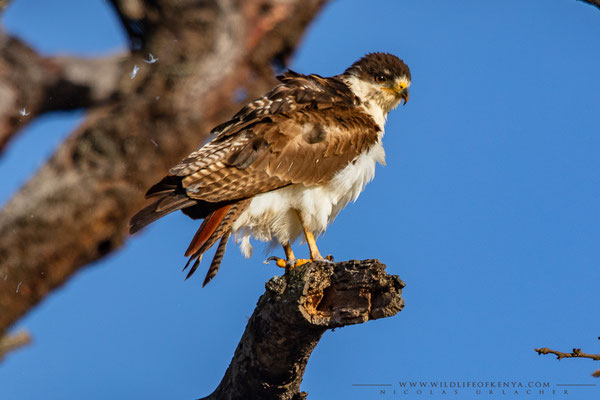 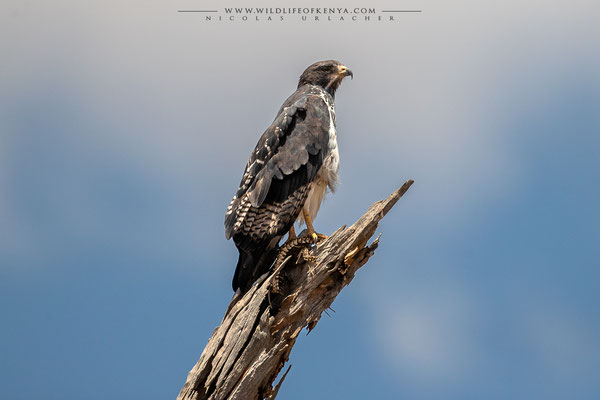 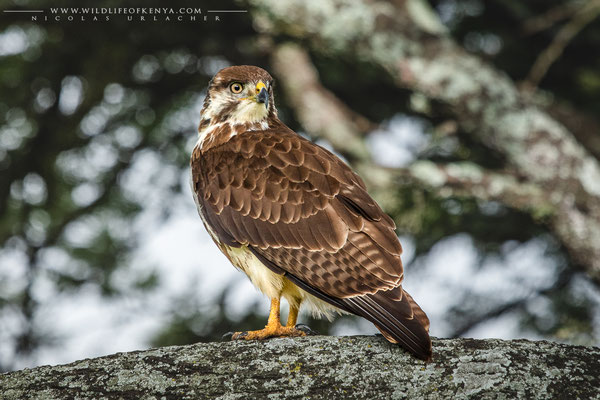 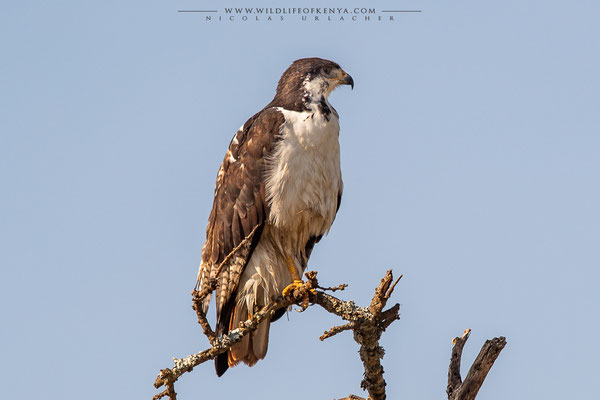 The augur buzzard (Buteo augur) is a fairly large African bird of prey. The taxonomy on this species is confusing, with some taxonomists considering this species, the jackal buzzard, and the Archer's buzzard to be the same superspecies. Many taxonomists consider them all to be distinct, having different calls, different home ranges and variations in plumage. This is a species of mountains (most typically at about 2000 m altitude, but up to 5000 m), and adjacent savannah and grassland. It is resident and non-migratory throughout its range. It is normally found from Ethiopia to southern Angola and central Namibia.

Pairs have noisy aerial displays, including outside the breeding season. Pairs of augur buzzards usually mate for life but some polygamy has been reported in the species. The large (up to 1 m wide) stick nest is built in a tree or on a crag, and is often reused and enlarged in subsequent seasons. The diet of the augur buzzard is quite varied and opportunistic, as is typical of most Buteo species. It catches most of its prey on the ground, either by still-hunting from perch or swooping down from a soaring flight or, occasionally, from a hovering flight. They may also forage on the ground for both insects and small vertebrates. The primary foods for augur buzzards seem to include either small, terrestrial mammals or reptiles, chiefly snakes and lizards. Other prey may include small ground birds (and sometimes the nestlings, fledglings or unwary adults of varied birds), insects, and road-kill.