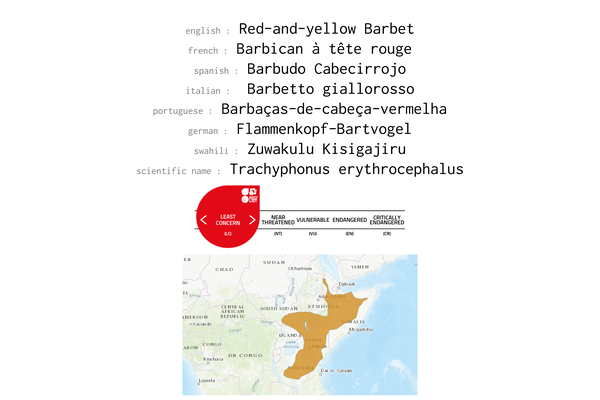 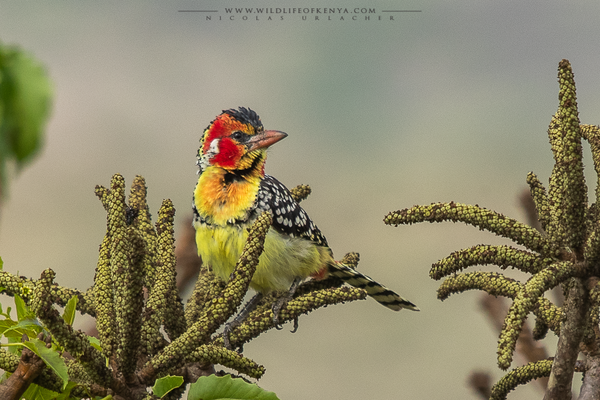 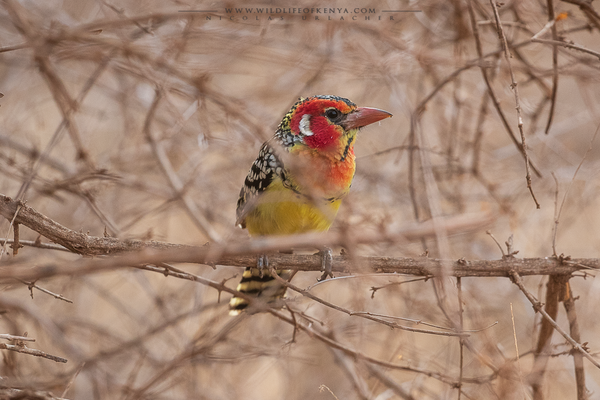 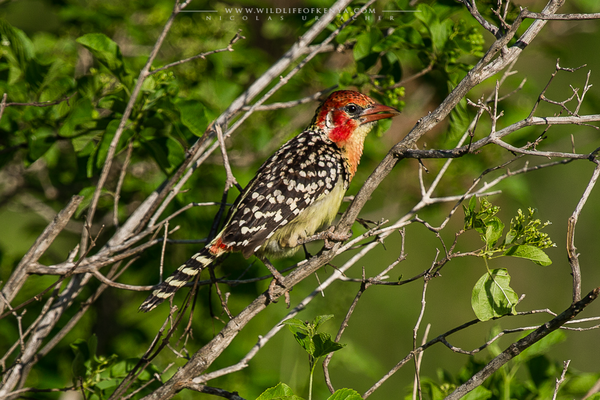 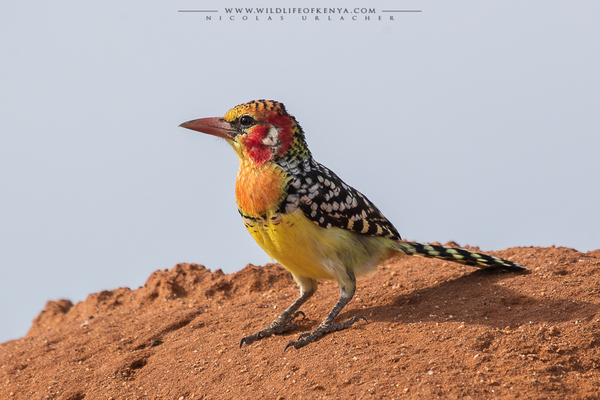 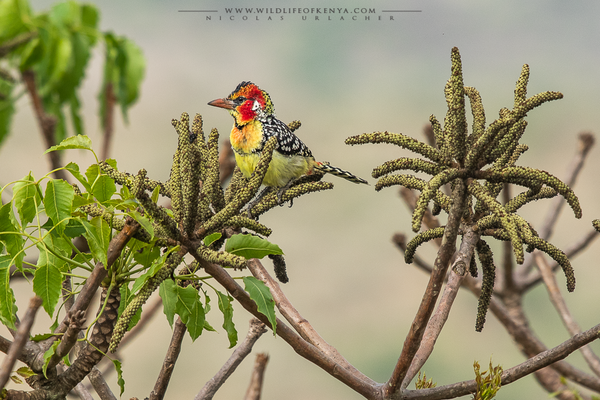 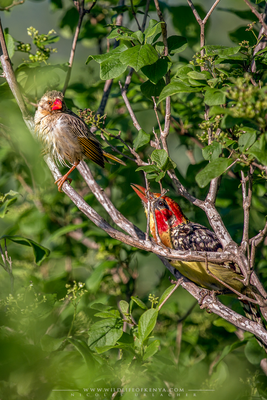 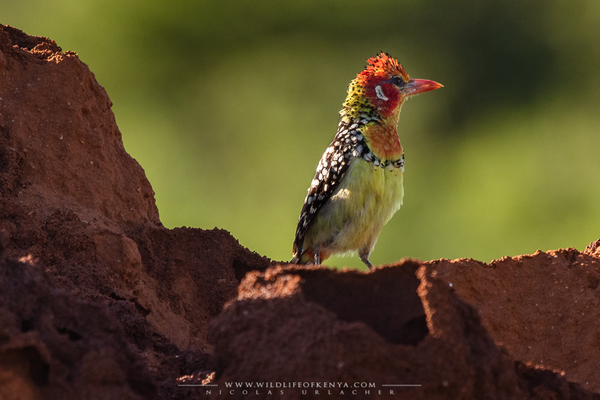 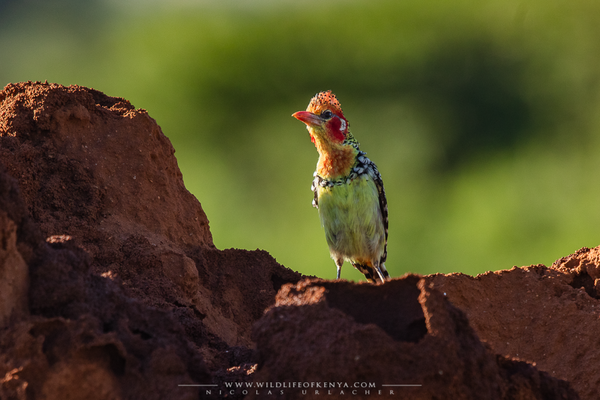 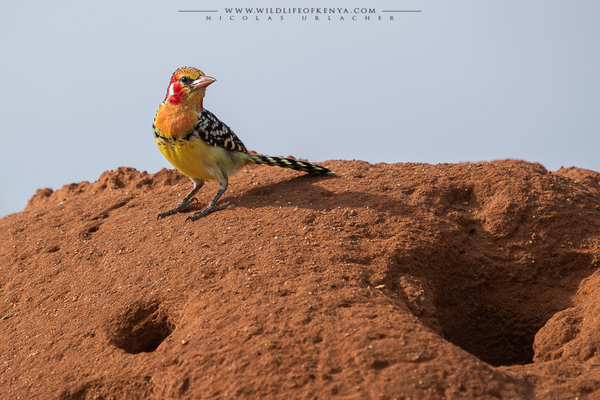 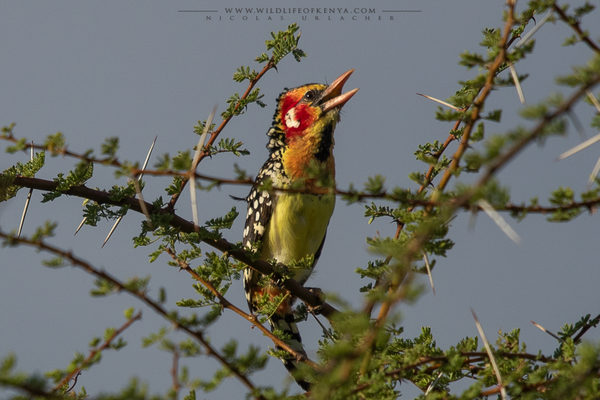 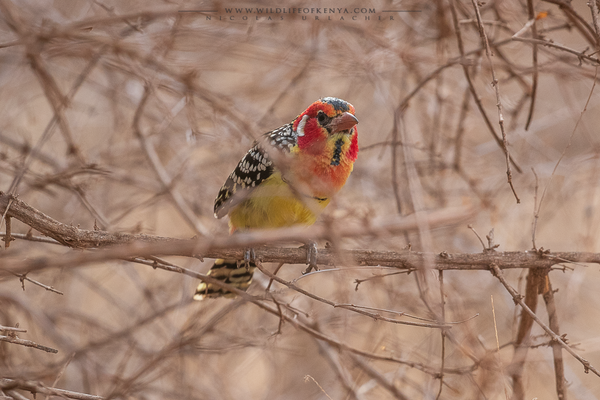 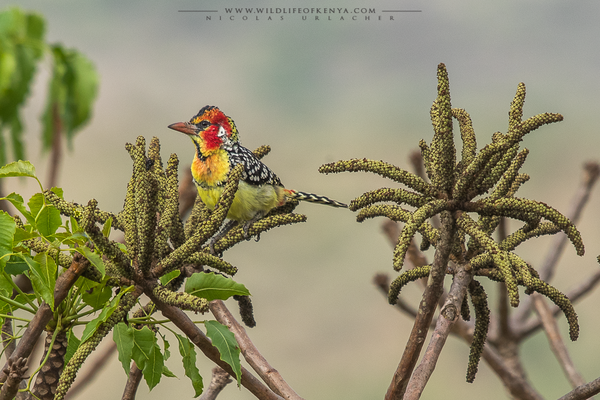 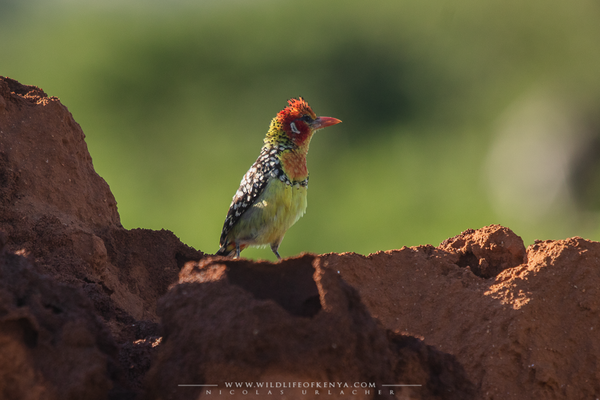 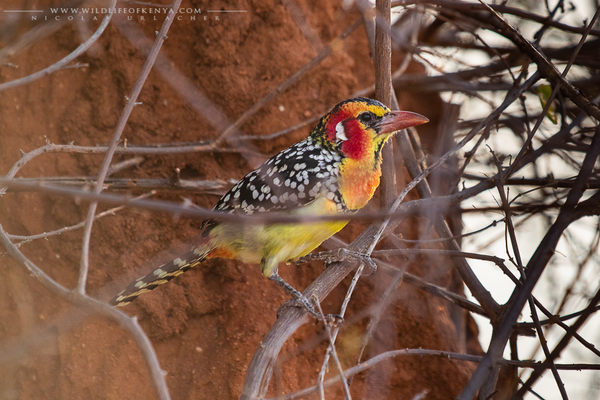 It lives in eastern Africa, in woodlands, scrubland and savannah, where it usually forages on the ground near trees or bushes. Red-and-yellow barbets often build nests inside termite mounds (termite nests), using their strong, heavy beaks to break into the mounds.

These birds eat fruits, and are particularly found of figs. They also eat seeds, insects, lizards, small birds and eggs. A breeding pair will often belong to a group that consists of the pair and from 1 to 5 "helpers" who help the breeding pair to raise their young. These helpers are often younger birds, but there may be one or two additional adults in the group. The Masai use the feathers of red-and-yellow barbets as clothing decorations.