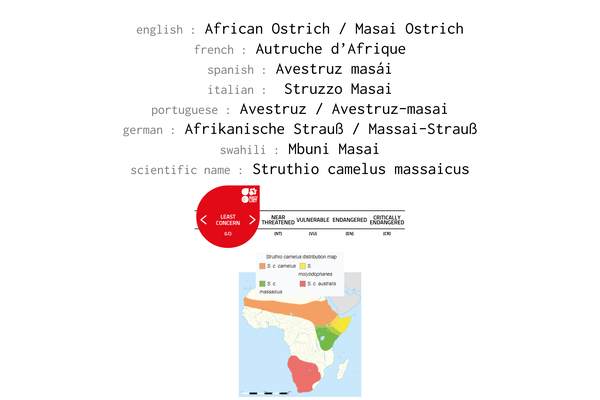 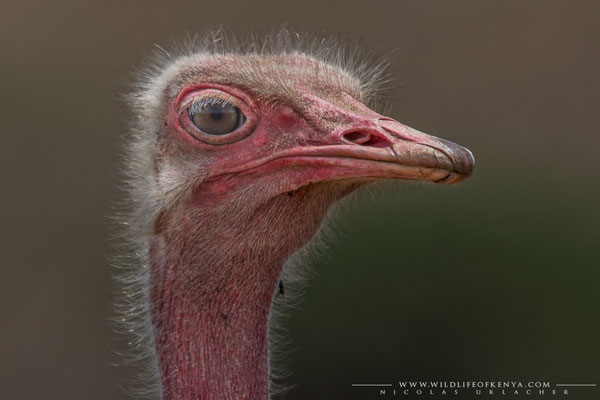 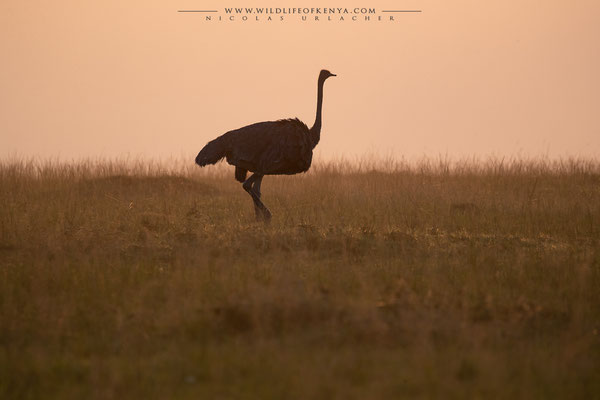 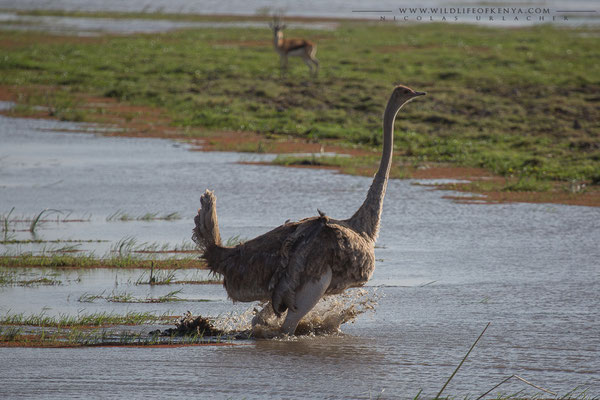 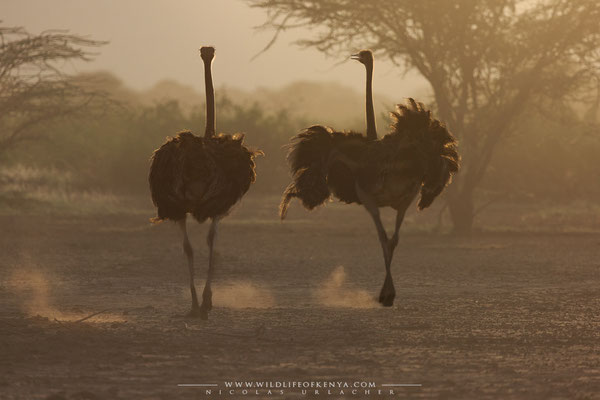 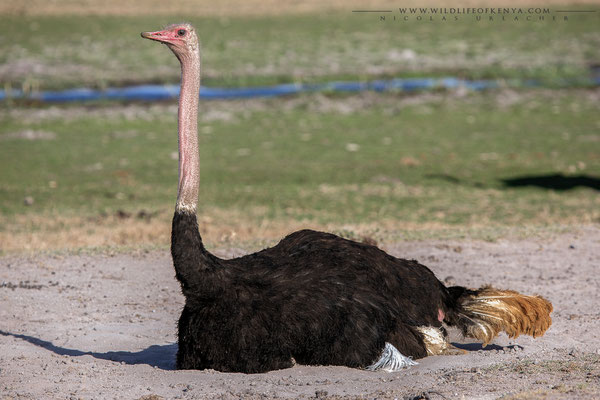 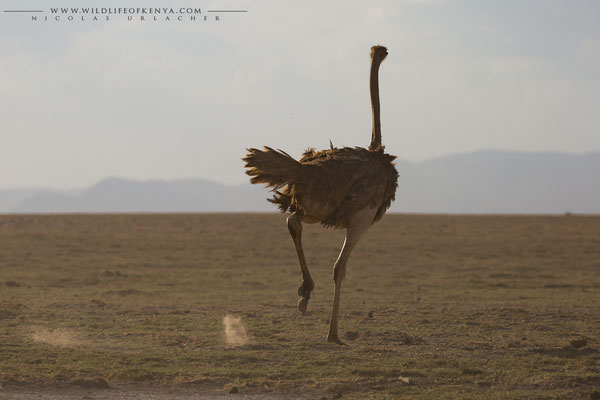 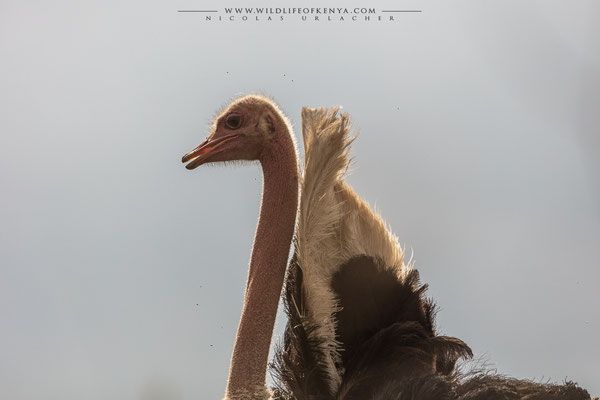 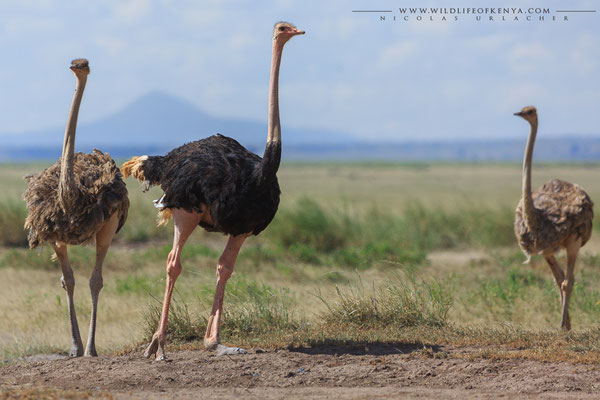 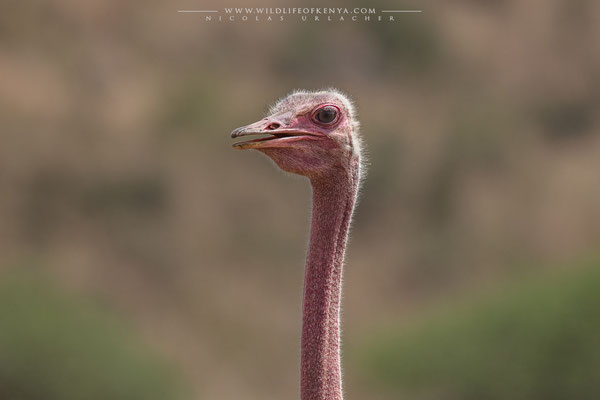 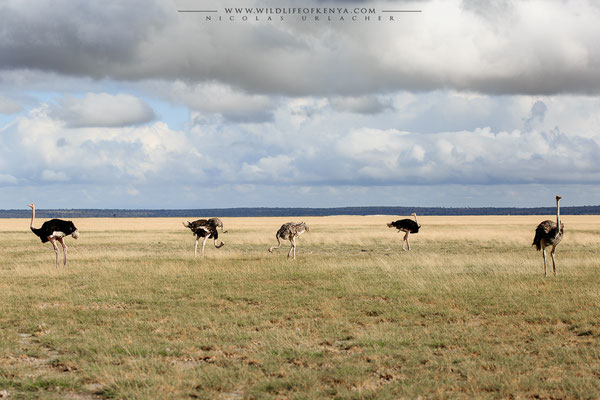 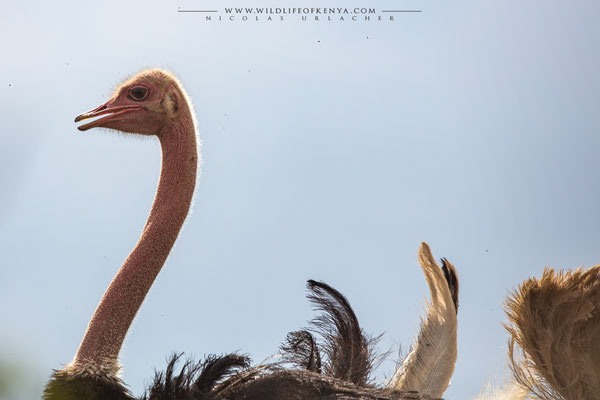 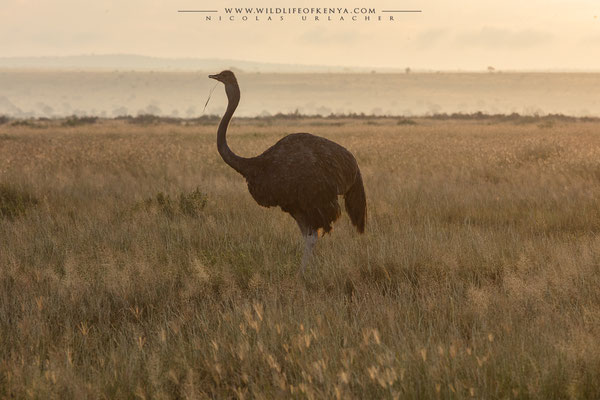 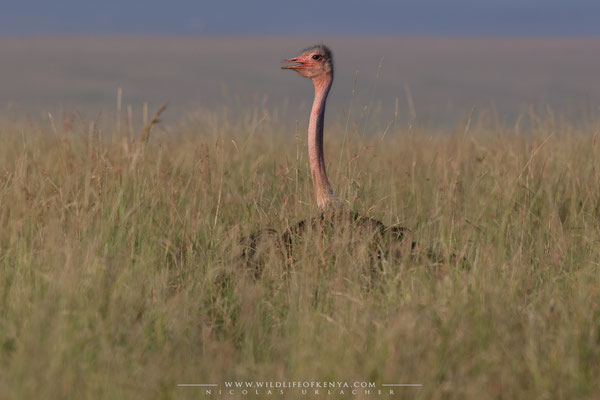 The ostrich is the largest living bird. An adult male may be 2.75 metres tall—almost half of its height is neck—and weigh more than 150 kg ; the female is somewhat smaller. The ostrich’s egg, averaging about 150 mm in length by 125 mm in diameter and about 1.35 kg, is also the world’s largest. The male is mostly black but has white plumes in the wings and tail; females are mostly brown.

Ostriches are seen individually, in pairs, in small flocks, or in large aggregations, depending on the season. The ostrich relies on its strong legs—uniquely two-toed, with the main toe developed almost as a hoof—to escape its enemies, chiefly humans and the larger carnivores. A frightened ostrich can achieve a speed of 72.5 km per hour. If cornered, it can deliver dangerous kicks.

Ostriches live mainly on vegetation but also take some animal food, mainly insects; they can go without water for long periods. Breeding males emit lionlike roars and hisses as they fight for a harem of three to five hens. A communal nest scraped in the ground contains more than a dozen shiny, whitish eggs. The major hen of the harem may get rid of some of the eggs to make incubation more manageable. The male sits on the eggs by night; the females take turns during the day. The chicks hatch in about 40 days and when a month old can keep up with running adults.