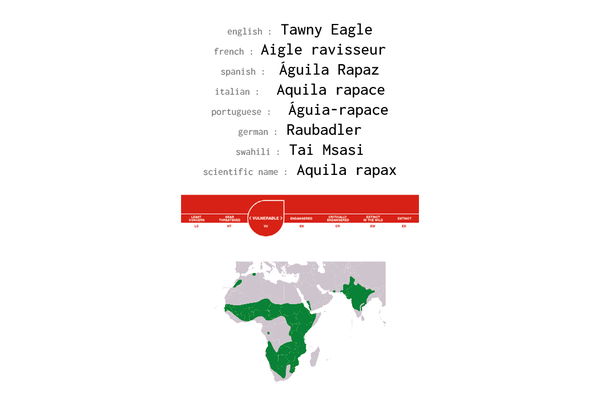 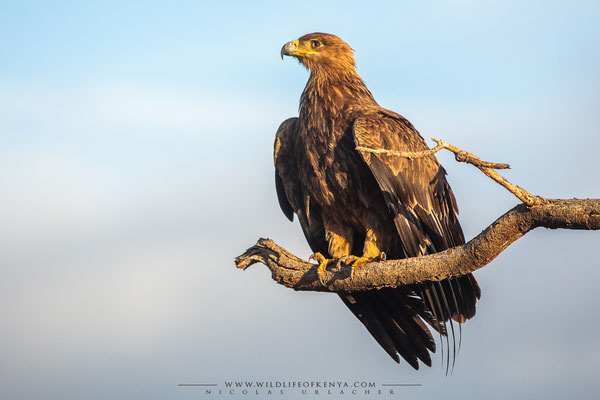 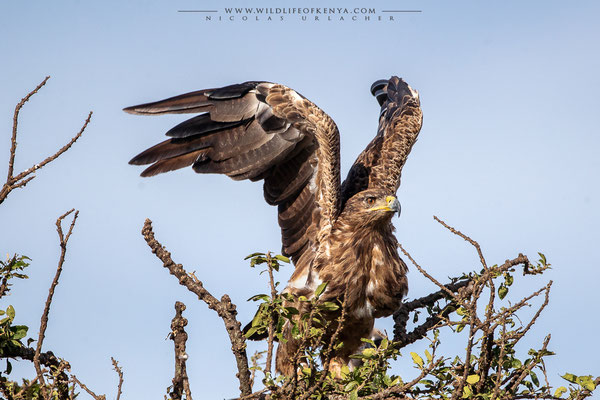 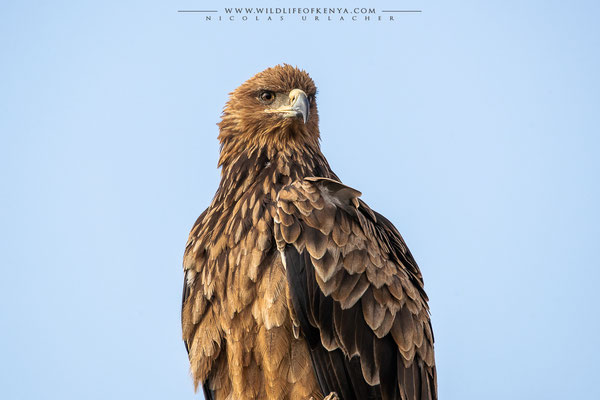 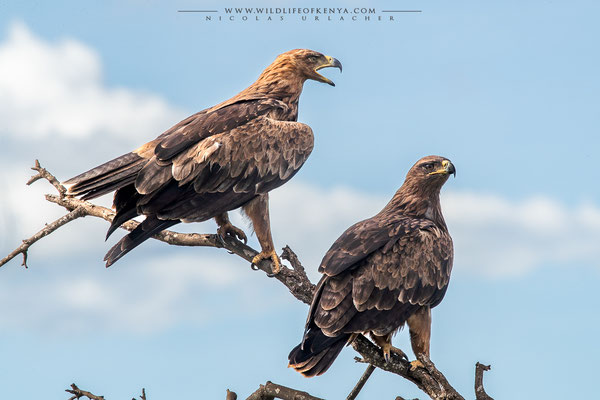 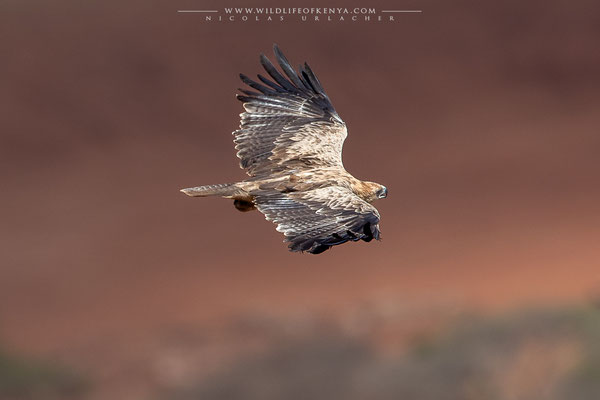 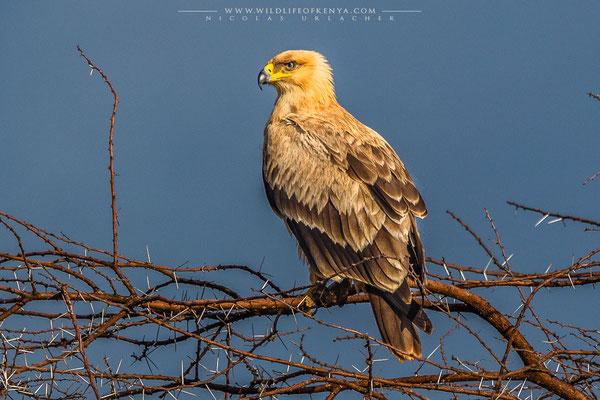 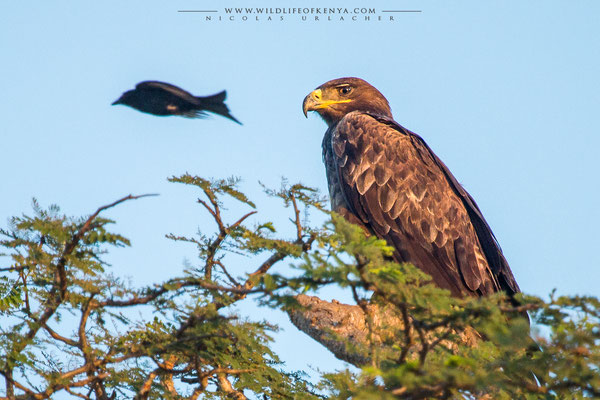 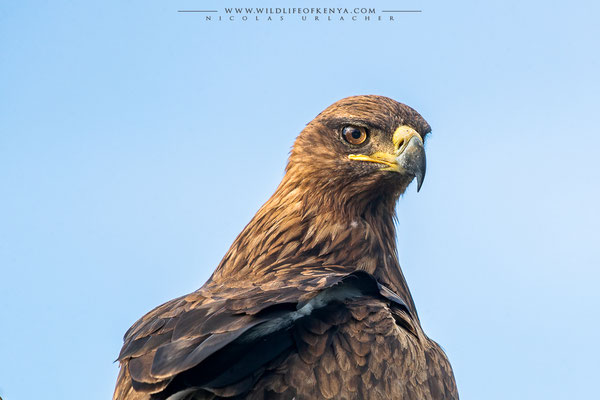 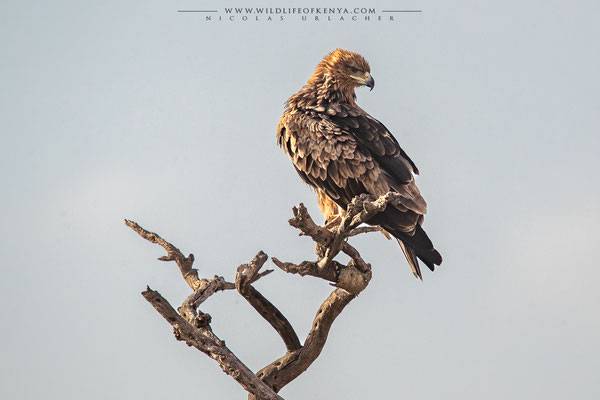 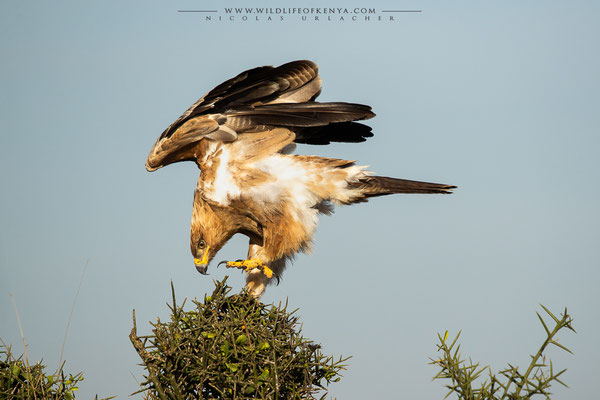 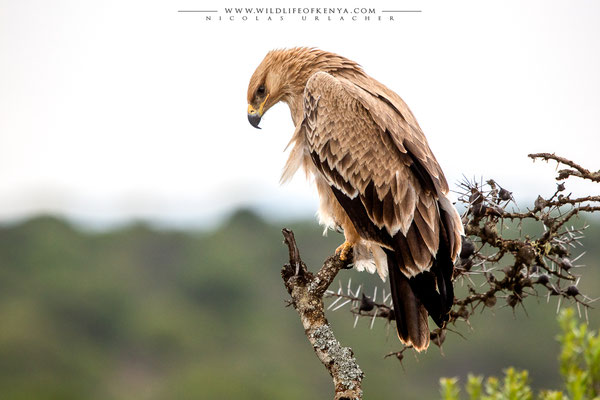 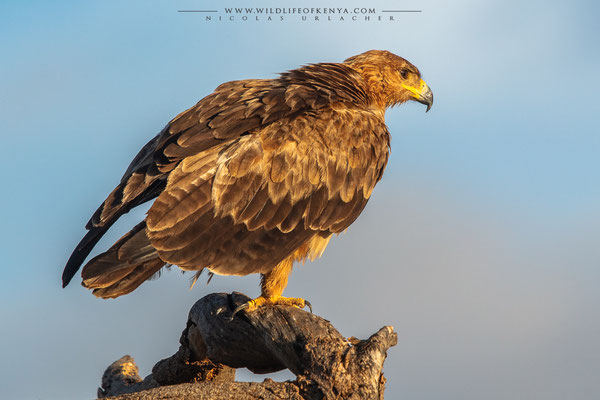 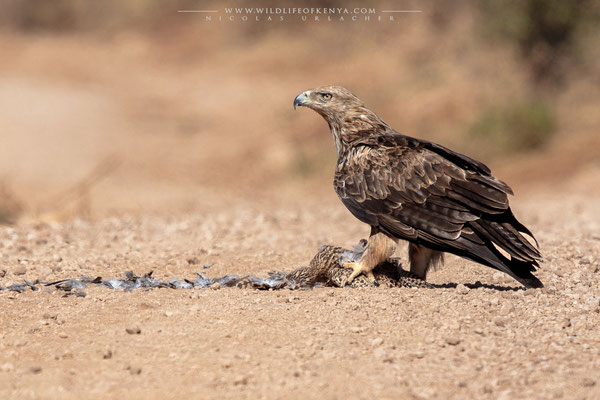 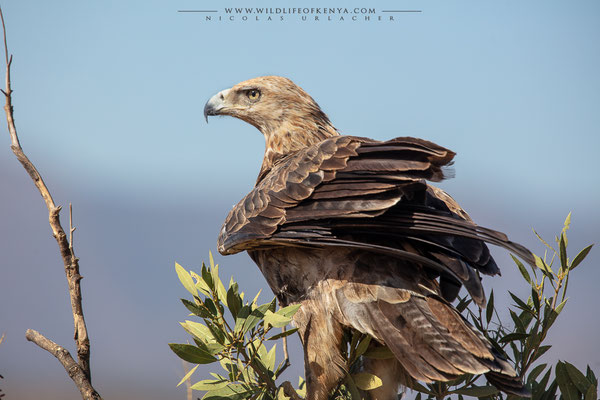 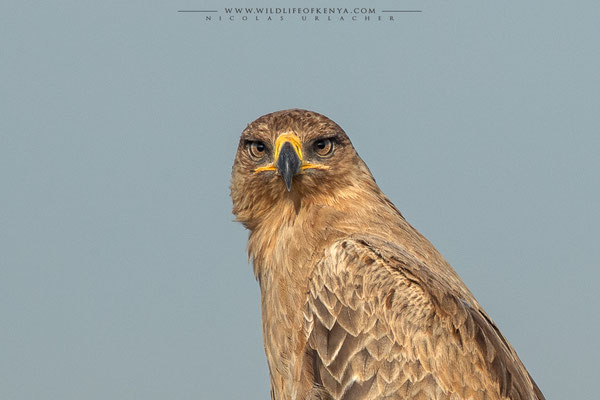 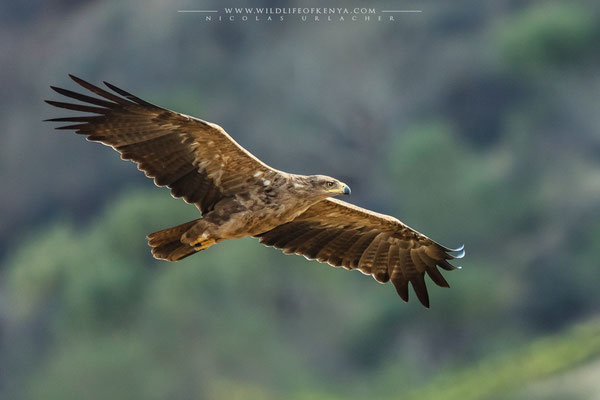 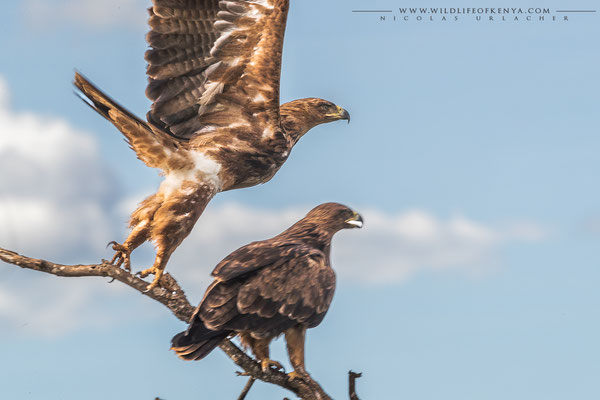 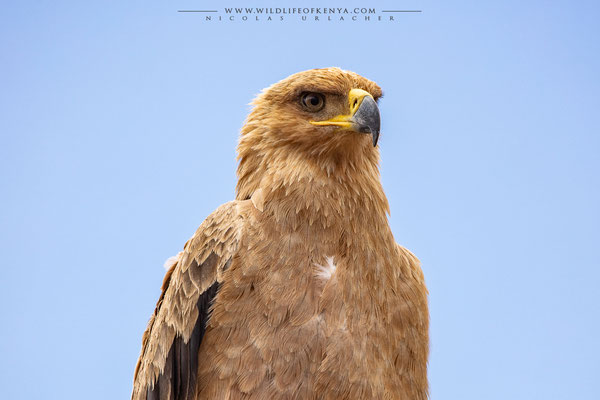 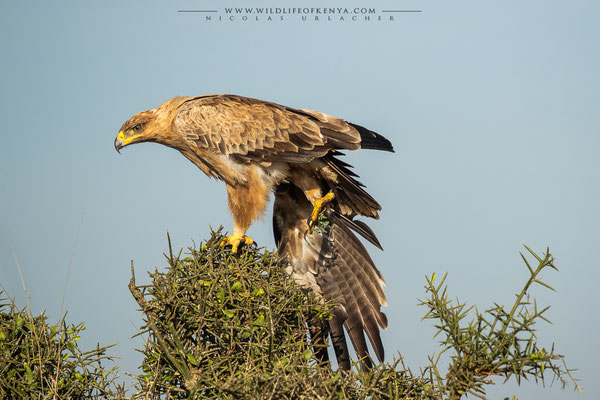 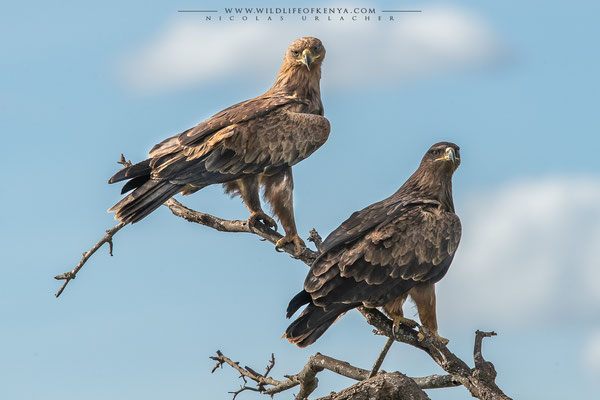 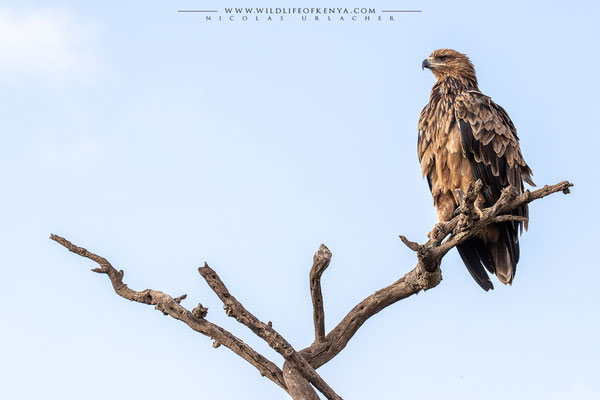 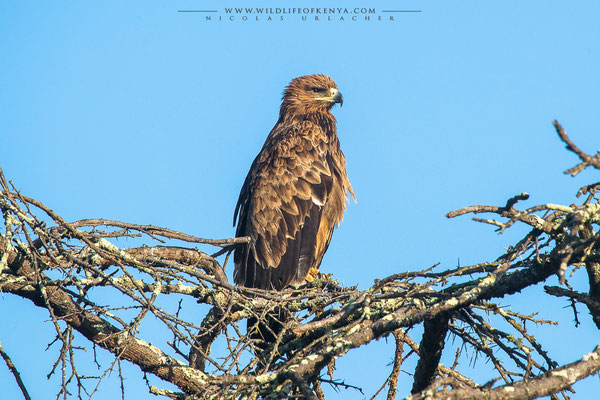 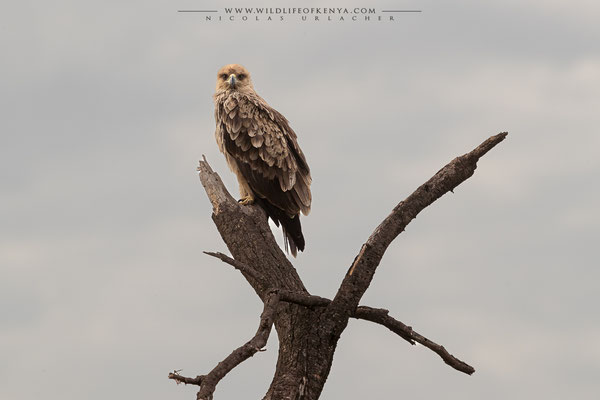 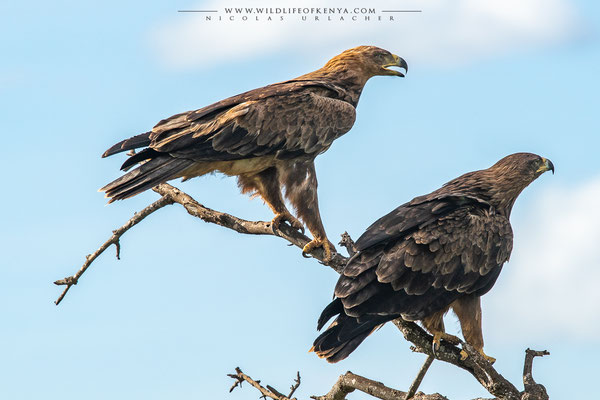 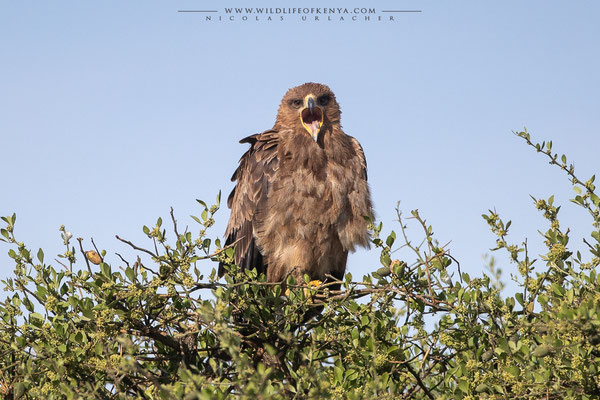 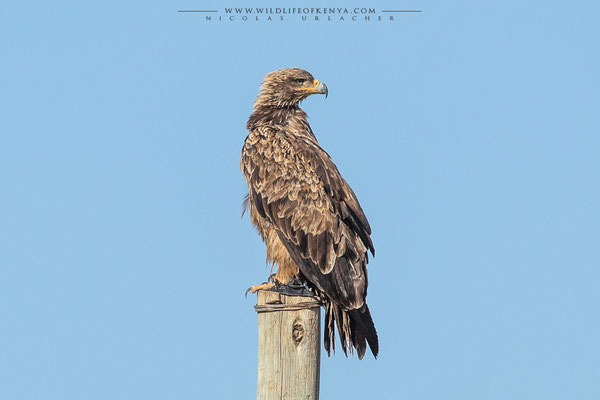 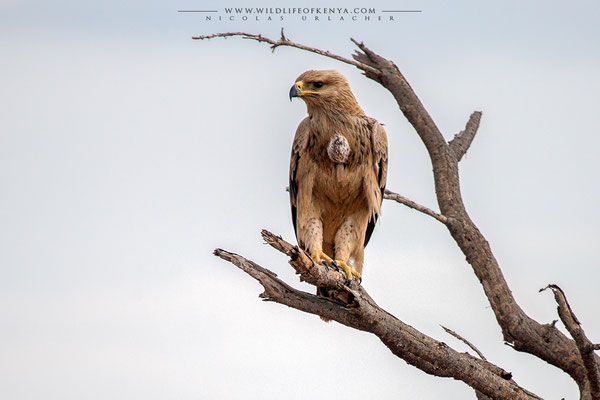 The Tawny Eagle (Aquila rapax) is a handsome, large bird of prey that inhabits Africa. It can be observed both north and south of the Sahara desert.

The Tawny Eagle was once considered a relative of the Steppe Eagle (Aquila nipalensis), however, it is now classed as its own species due to differences in anatomy particularly the length of the gape flange which never extends beyond the middle of the eye in the Tawny Eagle.

The Tawny Eagle measures 65 – 72 centimetres in length and weighs 1.6 – 2.4 kilograms. It has a large wingspan which measures 1.72 – 1.85 metres. Females are typically larger than males but similar in appearance.Tawny Eagles have acute eyesight and their hearing is also an important sense as it helps them locate prey when they are hunting.

The Tawny Eagle prefers open dry habitats such as deserts, steppes, open grasslands, savannas and mountainous regions. They tend to avoid dense forests as these may restrict their movement. Like most Eagles, the Tawny Eagles are generalist carnivores and formidable hunters. Their diet relies mainly on fresh carrion of animals that have recently been killed. They also eat insects and kill small animals such as smaller birds, rabbits and small reptiles including lizards and snakes. It will even tackle mammals as large as Hares. The Eagle will make a rapid dive from its perch when the prey is spotted, and seize it in its sharp, powerful talons. As an opportunistic scavenger, the Tawny Eagle will also steal prey from other raptors. Birds who do this are known as ‘kleptoparasites’. These magnificent birds of prey can be observed alongside other large raptors, such as Vultures, ripping into carcasses.

Tawny Eagles, like other Eagle species, are diurnal – active by day, sleeping at night. Tawny Eagles tend to occupy the same territory for many years, sometimes even decades, in pairs. Tawny Eagles are monogamous and pair for life.

The tawny eagle is currently listed as Vulnerable on the IUCN list of Threatened species. There was a clear decrease in tawny eagle sightings between SABAP and SABAP2 in Southern Africa, occurring in only 323 of 1440 quarter degree grid cells.