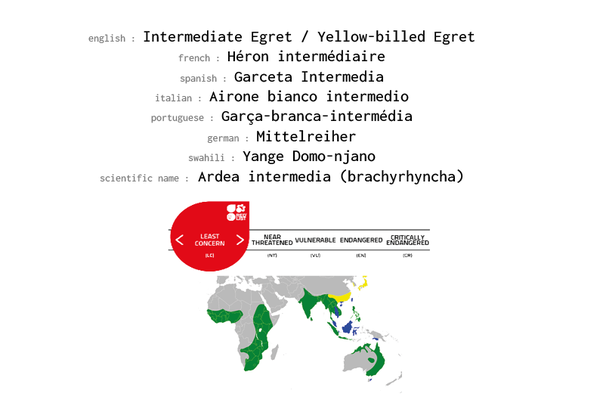 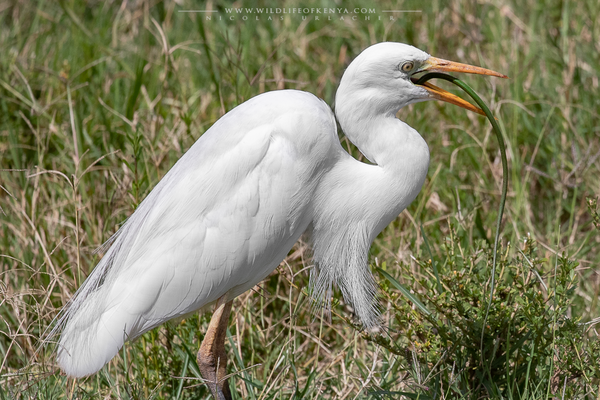 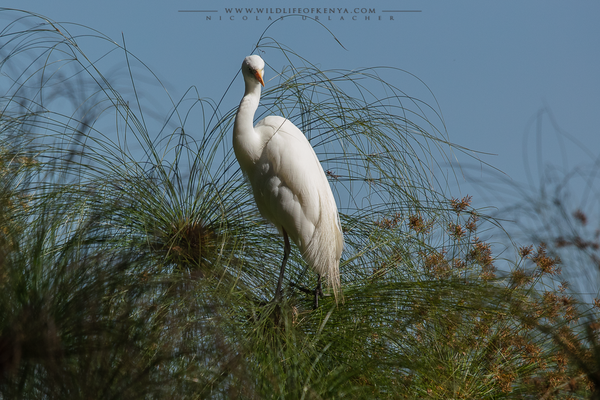 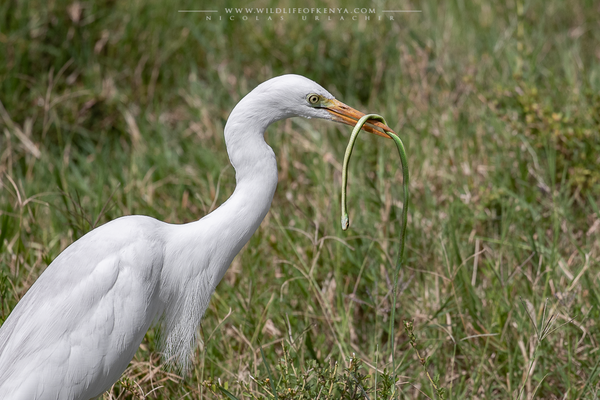 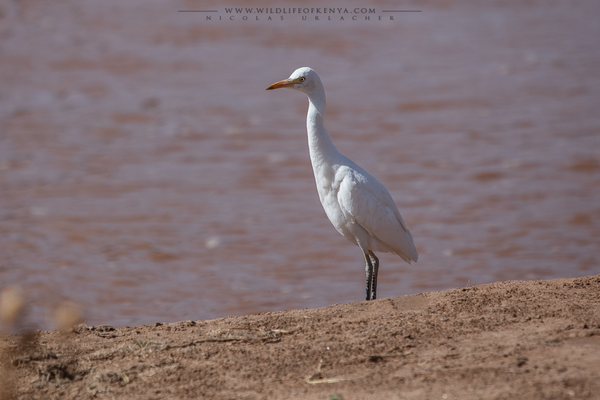 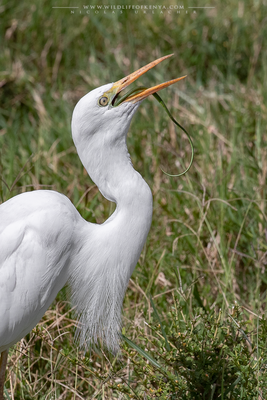 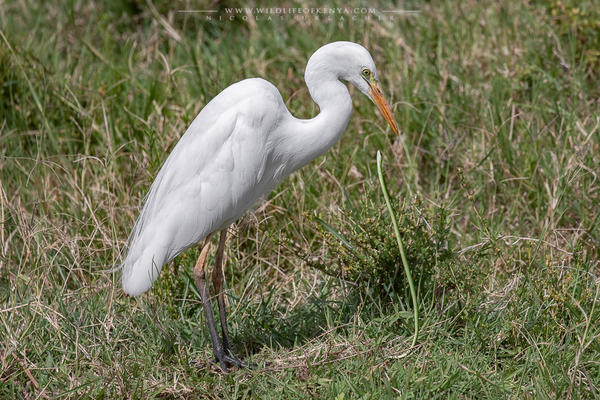 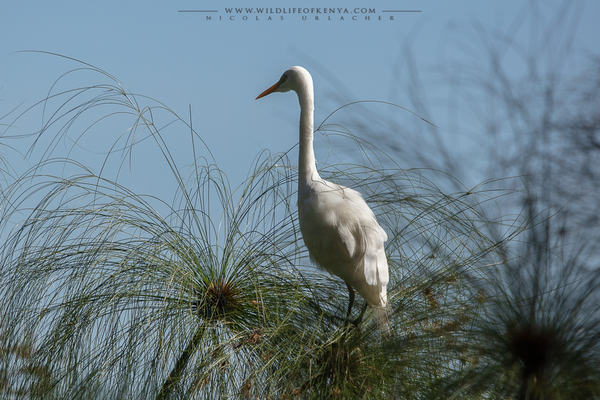 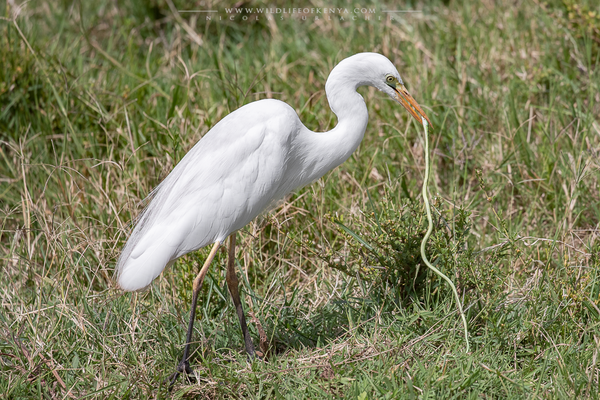 The intermediate egret, median egret, smaller egret, or yellow-billed egret (Ardea intermedia) is a medium-sized heron. Some taxonomists put the species in the genus Egretta or Mesophoyx. It is a resident breeder from east Africa across the Indian subcontinent to Southeast Asia and Australia. The intermediate egret stalks its prey methodically in shallow coastal or fresh water, including flooded fields. It eats fish, frogs, crustaceans and insects. It often nests in colonies with other herons, usually on platforms of sticks in trees or shrubs. Two to five eggs are laid, the clutch size varying with region.