Back to all Birds of prey 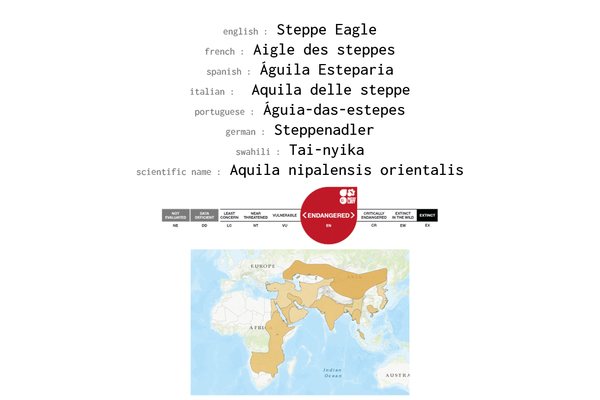 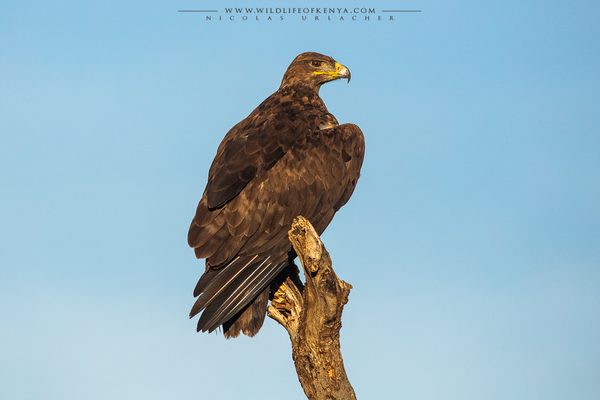 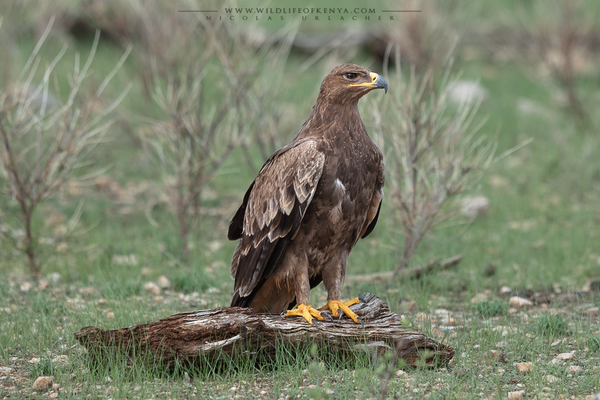 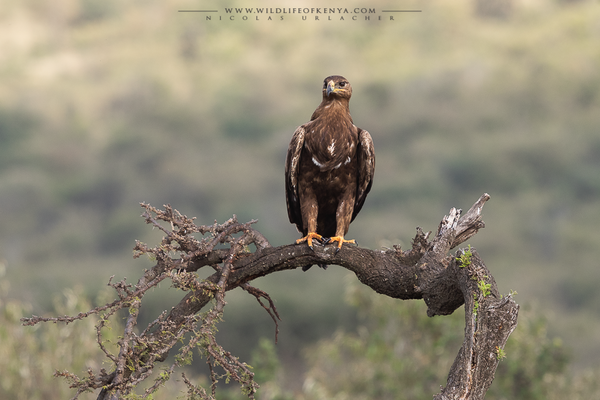 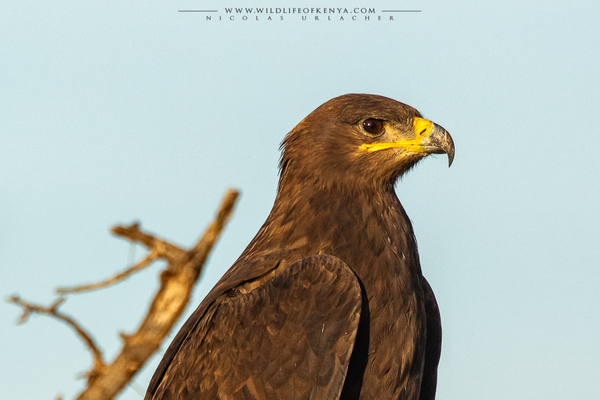 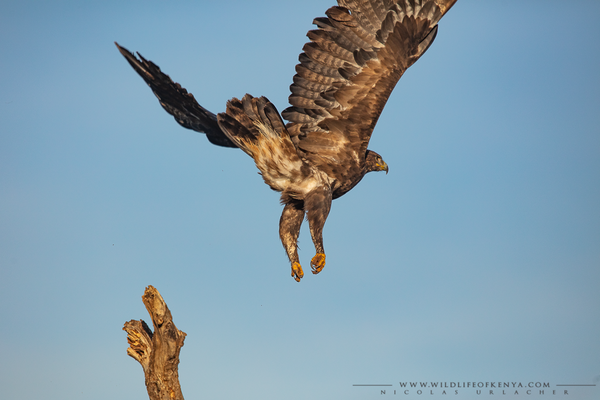 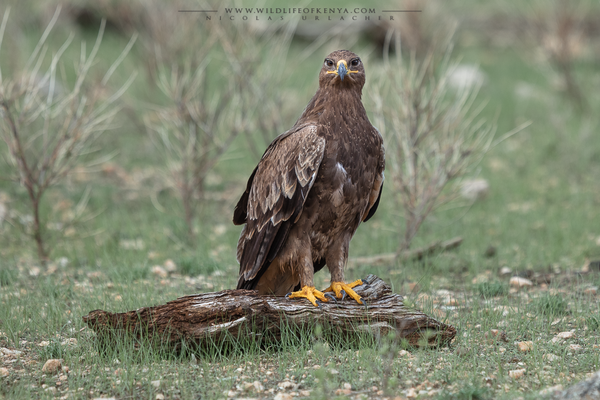 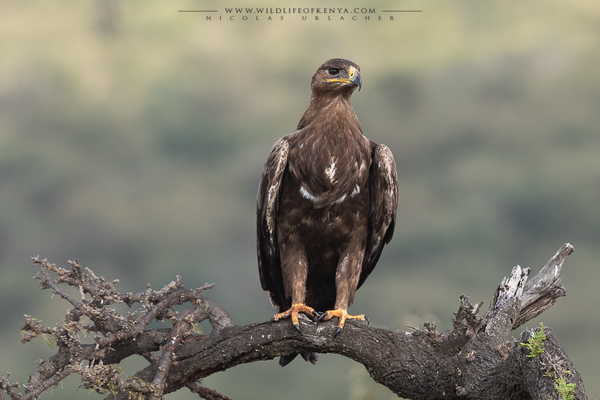 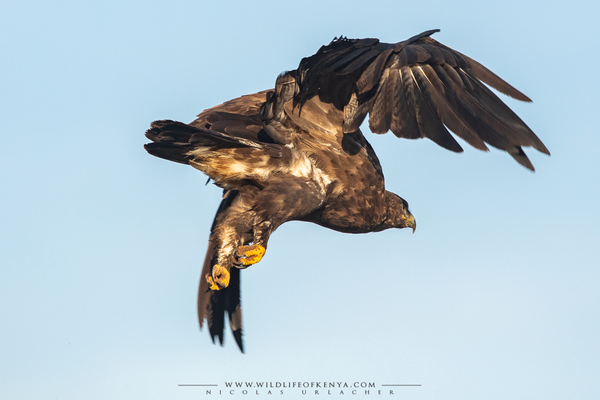 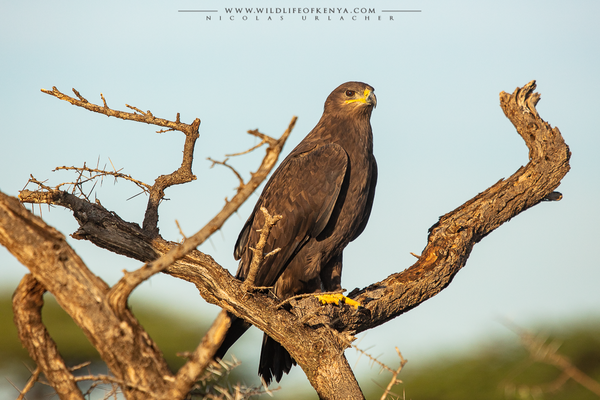 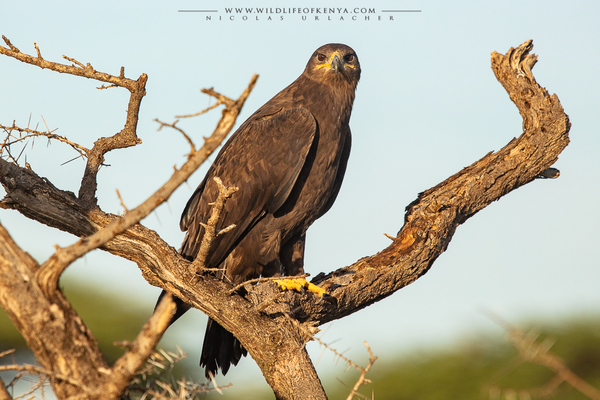 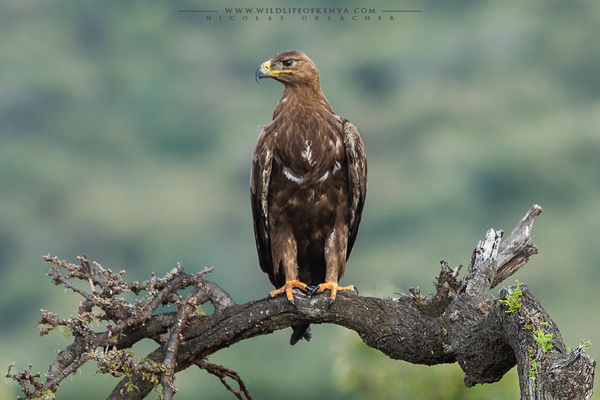 The steppe eagle breeds from Romania east through the south Russian and Central Asian steppes to Mongolia. The European and Central Asian birds winter in Africa, and the eastern birds in India. It lays 1–3 eggs in a stick nest in a tree. Throughout its range it favours open dry habitats, such as desert, semi-desert, steppes, or savannah.

It is found in south-eastern Pakistan especially in Karachi. Large numbers are seen at certain places such as Khare in Nepal during migration. As many as 15.3 birds per hour during October and November have been noted.

The steppe eagle's diet is largely fresh carrion of all kinds, but it will kill rodents and other small mammals up to the size of a hare, and birds up to the size of partridges. It will also steal food from other raptors. Like other species, the steppe eagle has a crop in its throat allowing it to store food for several hours before being moved to the stomach.

The paper based on joint research conducted by the Bombay Natural History Society, Royal Society for the Protection of Birds and Indian Veterinary Research Institute, published in May 2014 in the journal of the Cambridge University Press, highlighted that steppe eagles are adversely affected by veterinary use of diclofenac and may fall prey to it. The research found the same signs of kidney failure as seen in the Gyps vulture killed due to diclofenac. They found extensive visceral gout, lesions and uric acid deposits in the liver, kidney and spleen, as well as deposits of diclofenac residue in tissues. Steppe eagles are opportunistic scavengers, which may expose them to the risk of diclofenac poisoning.

The Steppe Eagle appears on the flag of Kazakhstan. It is also the National bird (animal) of Egypt and appears on its flag.