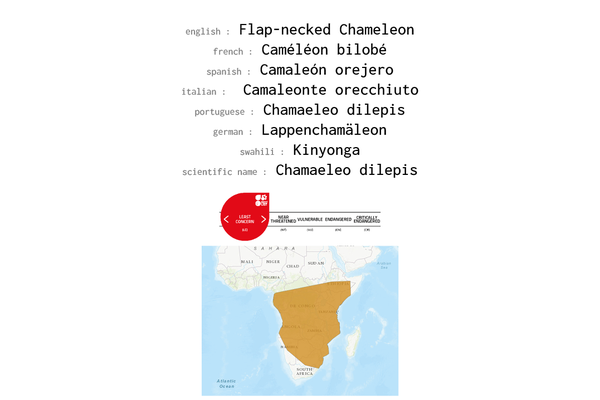 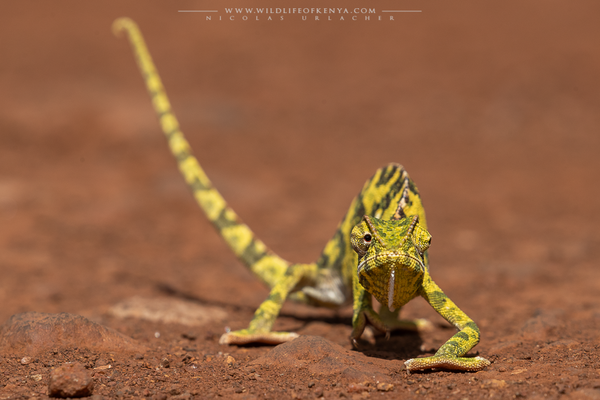 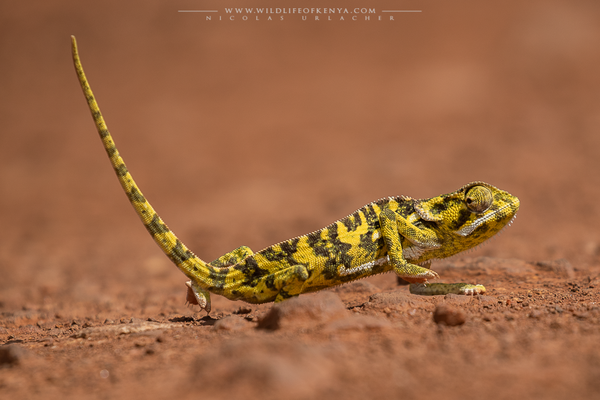 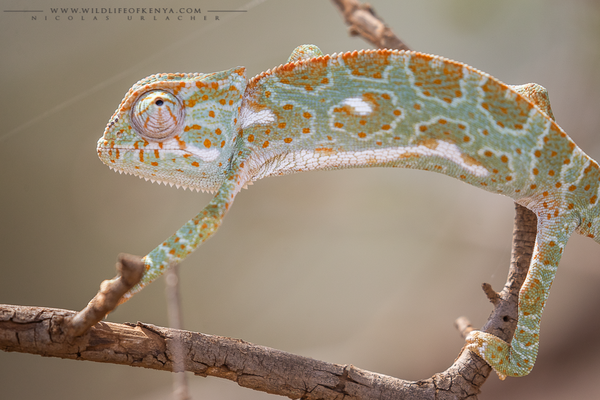 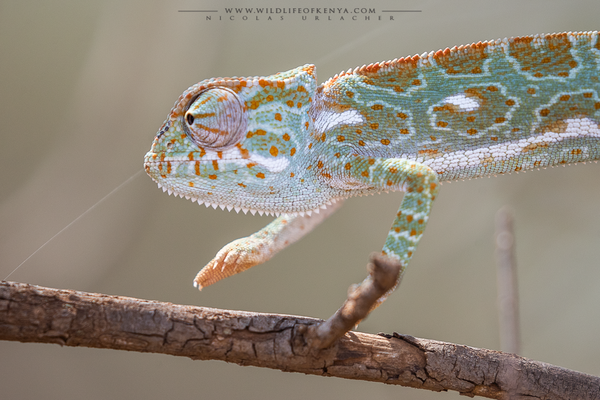 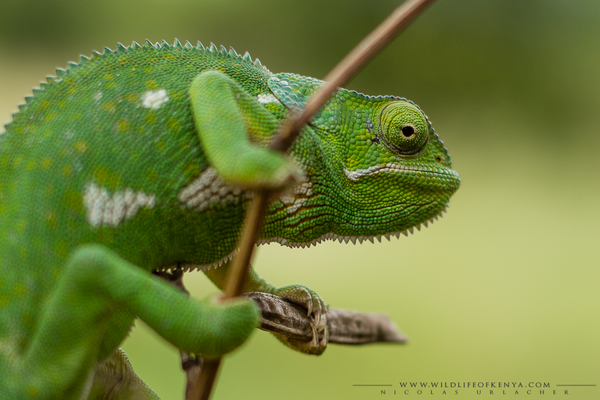 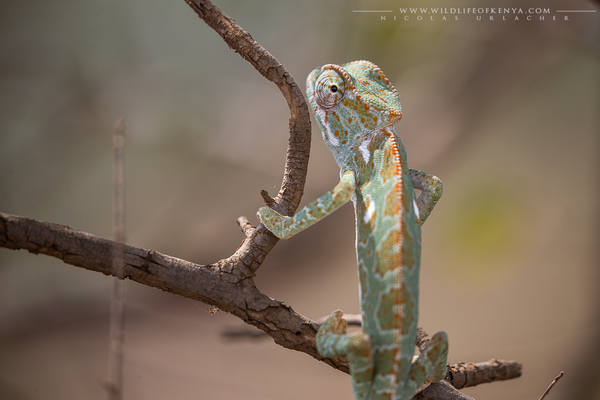 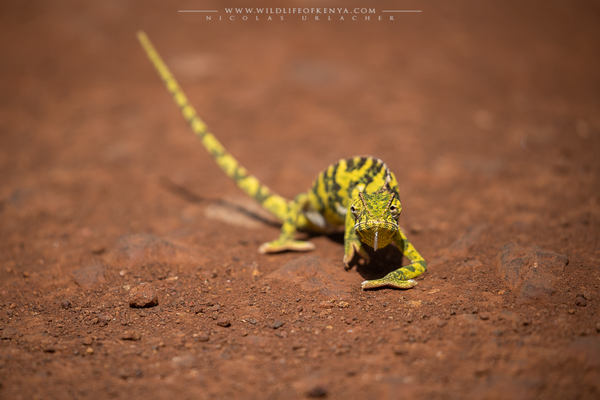 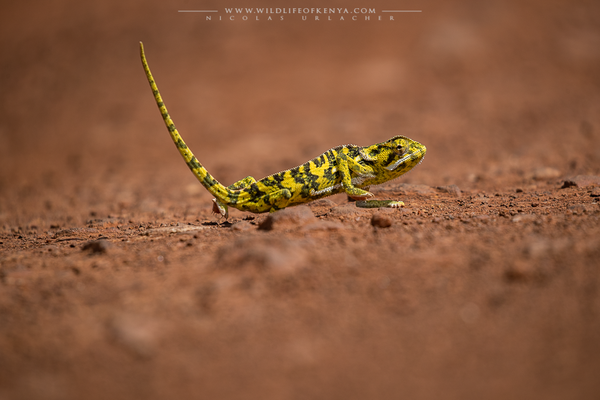 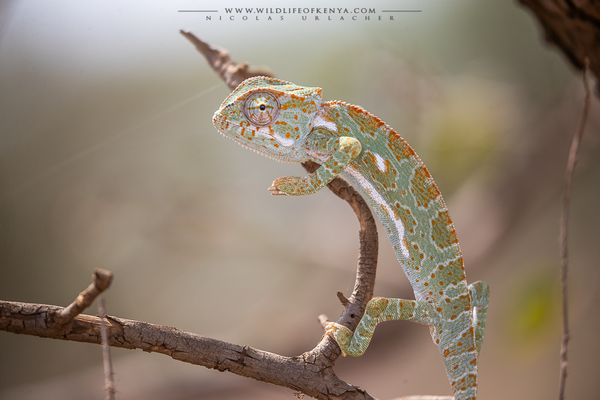 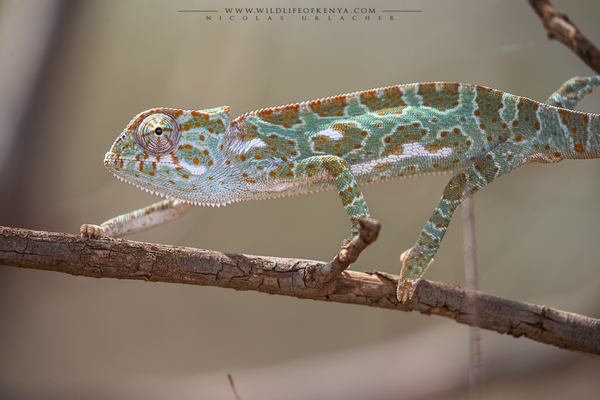 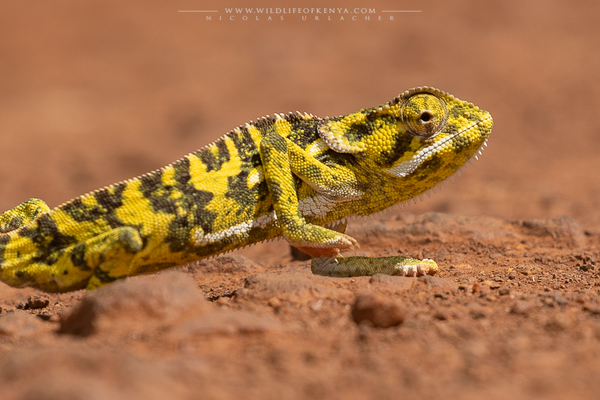 The flap-necked chameleon (Chamaeleo dilepis) is a species of arboreal chameleon, a lizard in the family Chamaeleonidae. The species is native to sub-Saharan Africa. There are eight recognized subspecies, including the nominotypical subspecies. C. dilepis is a large chameleon, reaching a total length (including tail) of 35 cm. Colouring ranges through various shades of green, yellow, and brown. There is usually a pale stripe on the lower flanks and one to three pale patches higher on the flanks. The adult female flap-necked chameleon lays 10-40 eggs in a hole dug in soil. The eggs take 10–12 months to hatch. The diet of C. dilepis includes a variety of invertebrates, although large individuals may take geckos and other chameleons. The species is itself commonly preyed on by snakes such as the boomslang and the twig snake.