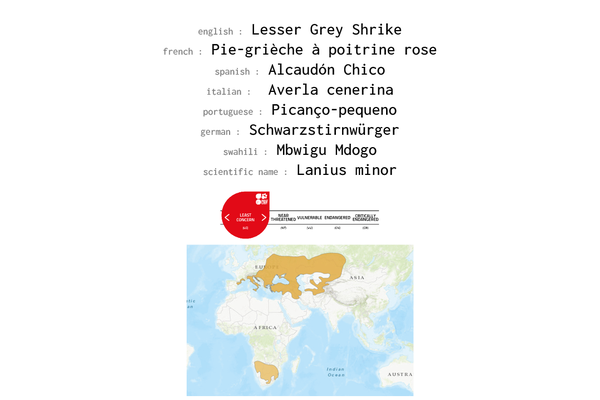 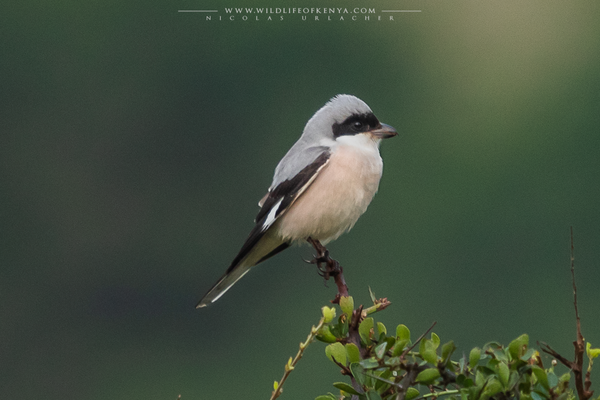 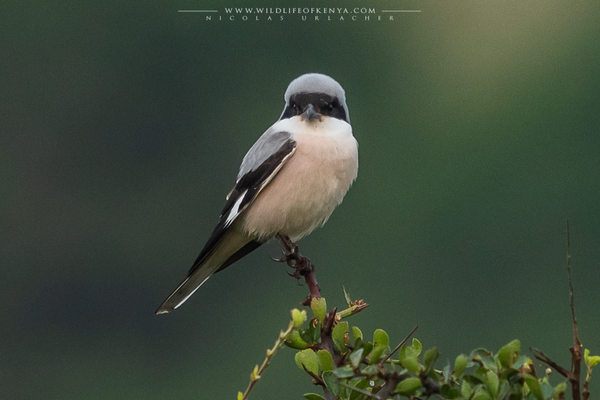 The lesser grey shrike (Lanius minor) is a member of the shrike family Laniidae. It breeds in South and Central Europe and western Asia in the summer and migrates to winter quarters in southern Africa in the early autumn, returning in spring.

This medium-sized passerine eats large insects, especially beetles, butterflies, moths and grasshoppers. Like other shrikes it hunts from prominent perches and sometimes impales corpses on thorns or barbed wire as a "larder".

The lesser grey shrike spends the summer in South and Central Europe and western Asia. It breeds in southern France, Switzerland, Austria, Czech Republic, Italy, the former Yugoslavia, Albania, Greece, Romania, Bulgaria and southern Russia. In Asia it breeds in the Middle East, its range extending as far as eastern Turkey and Iran. It is a vagrant to more northerly parts of Europe, usually in spring or autumn. It is a migratory species and winters in a broad belt across tropical southern Africa.

In Kenya it's a passage migrant , widespread in April from the coast to above 2200 . Scarce in automn.