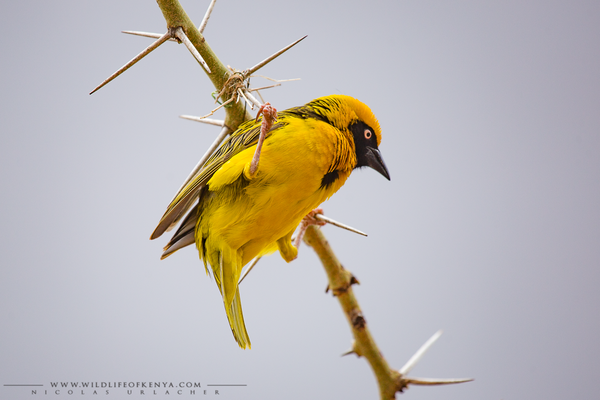 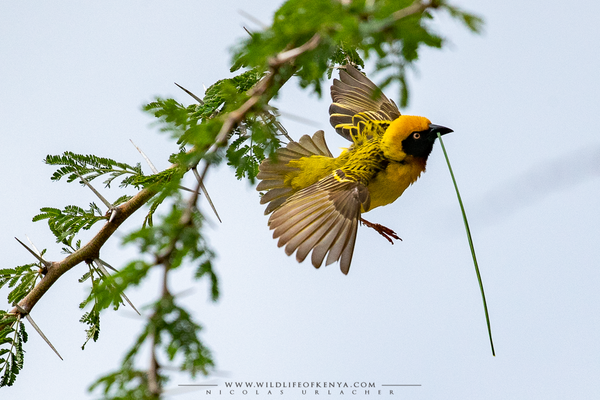 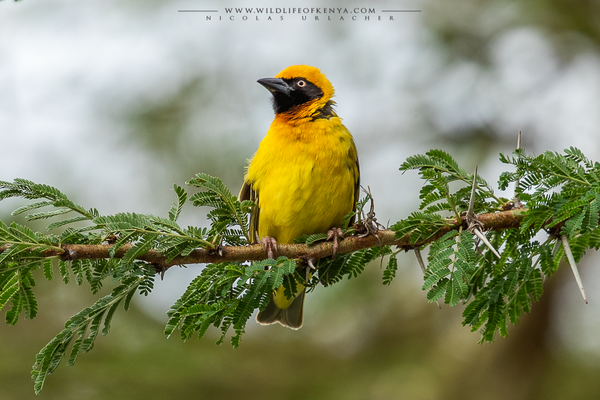 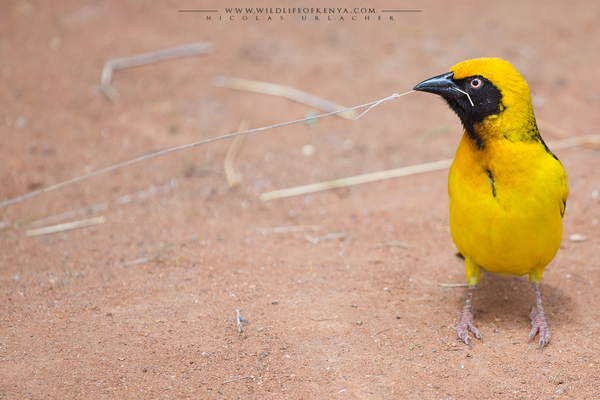 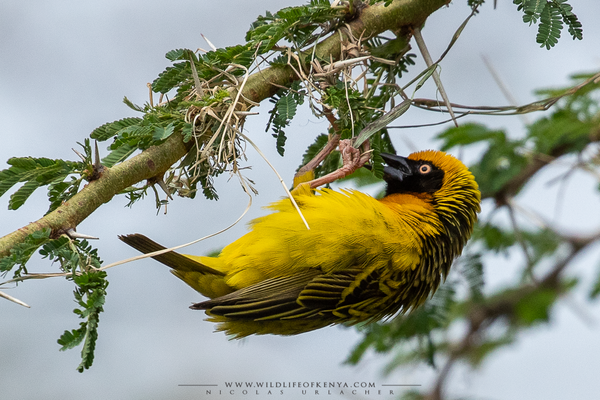 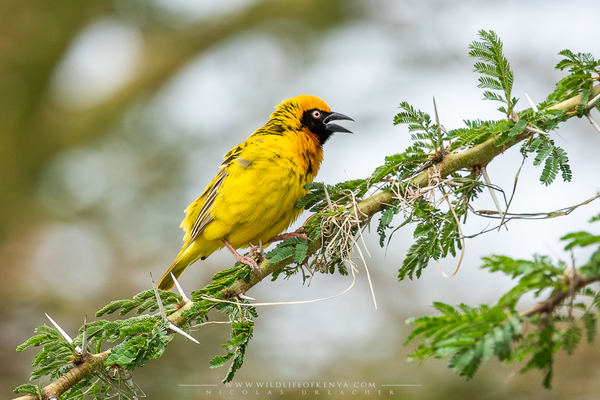 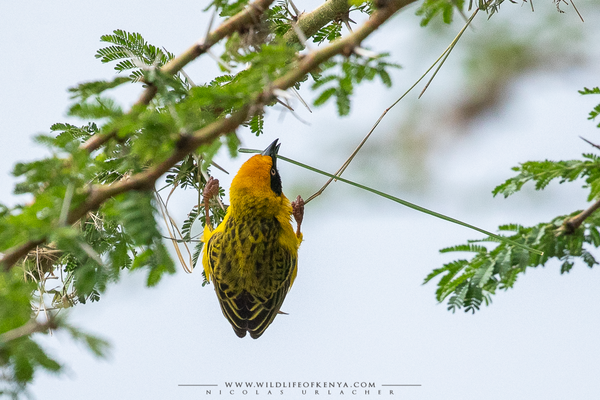 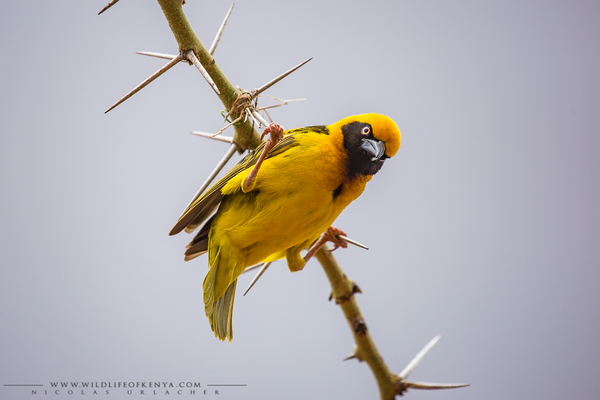 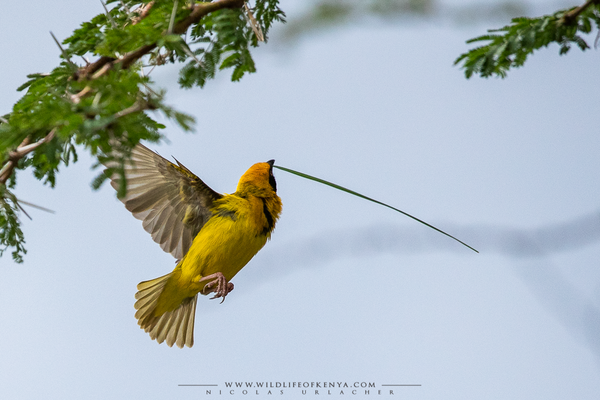 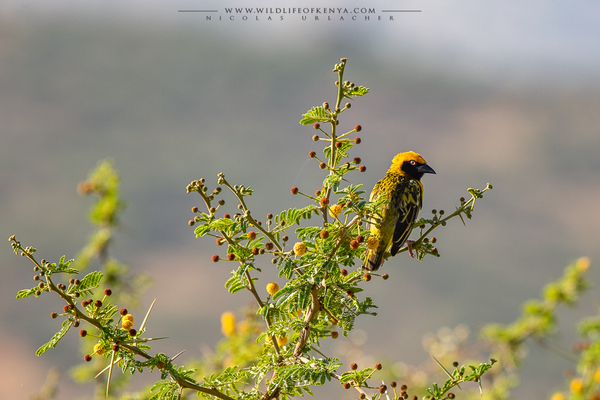 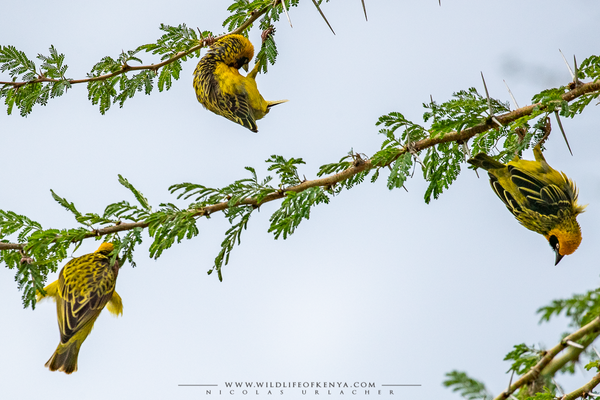 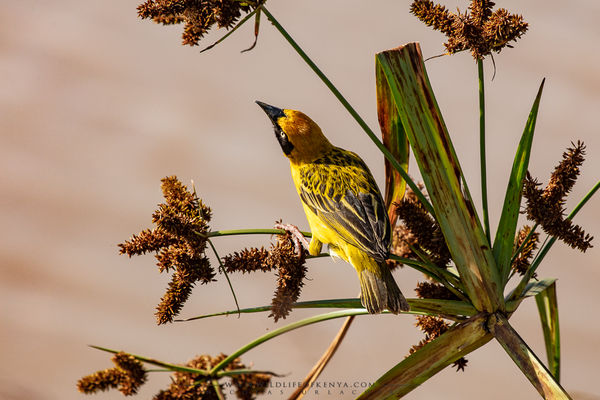 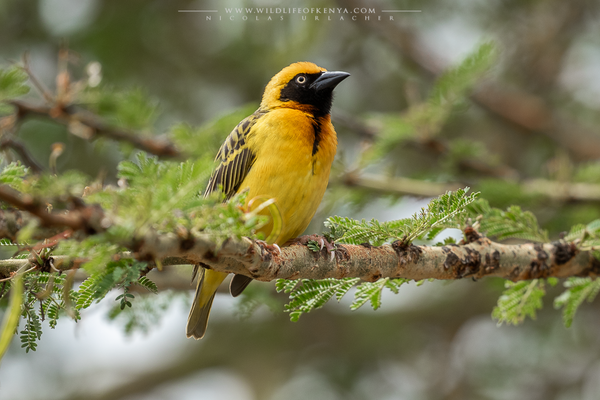 Speke's Weaver, Ploceus spekei, is a familiar East African songbird. This weaver was named in honor of John Speke - an officer in the British Indian army, who made three voyages of exploration to Africa. The eyes are pale and the bill is on the large side for a weaver. Unlike many weavers, it has the same plumage all year. This species nests in colonies or occasionally singly. The nest, often woven in an acacia, is spherical with a short entrance tube opening sideways or downward. Many grass stems project sloppily, sometimes obscuring the shape. It nests in both the short rainy season and the middle of the long rainy season.

Speke's Weaver is found in northern and eastern Somalia, Ethiopia, Kenya (mostly the central highlands), and northeastern Tanzania. It inhabits savanna, bush, agricultural land, and towns. In parts of its range it is common, notably the densely populated area of Nairobi and environs, where it visits bird feeders.