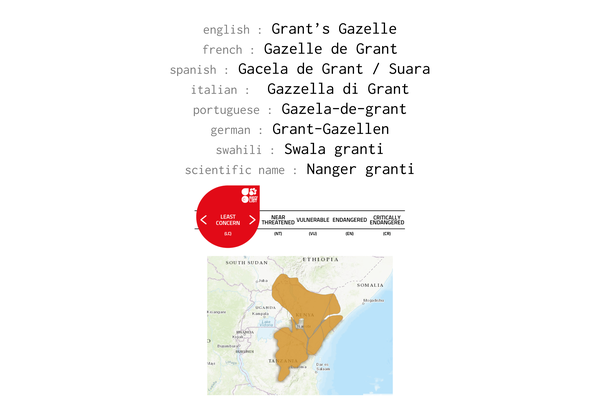 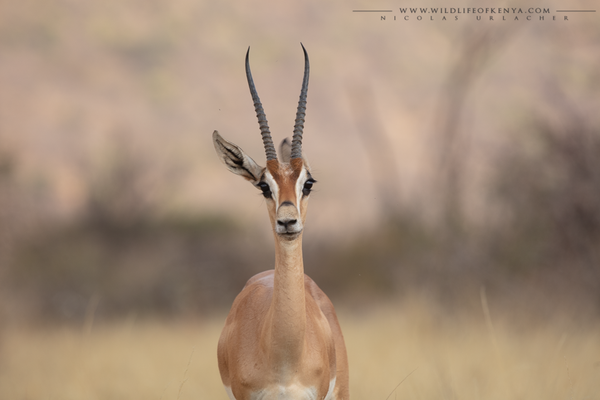 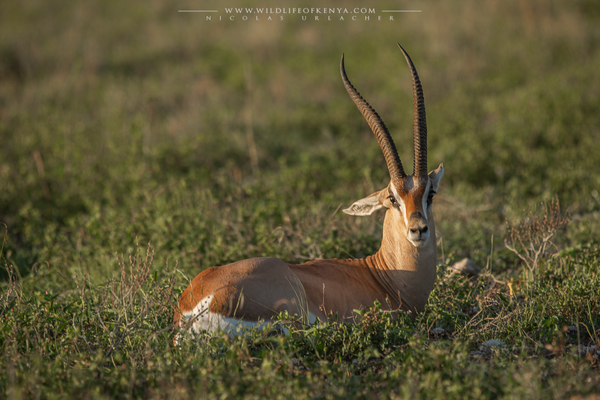 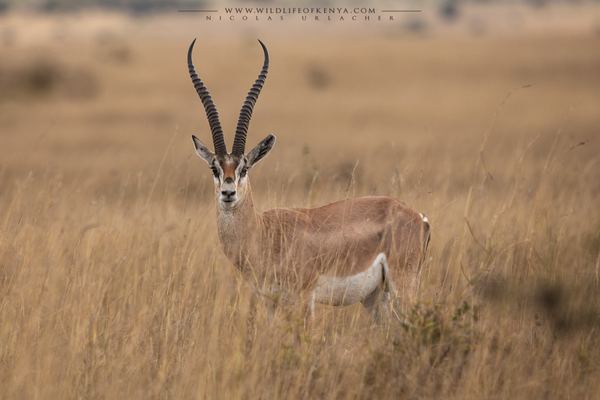 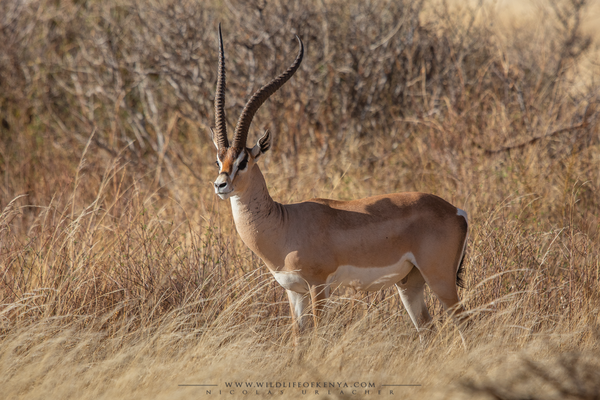 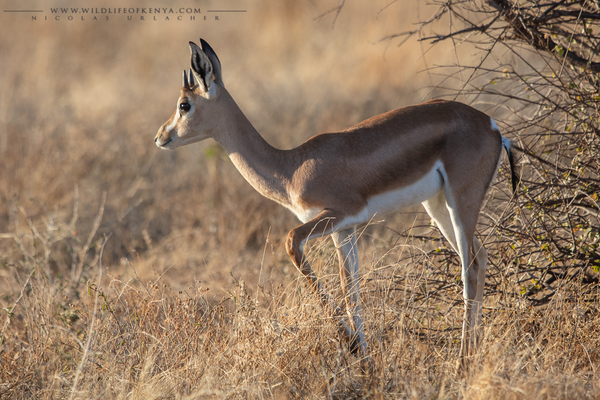 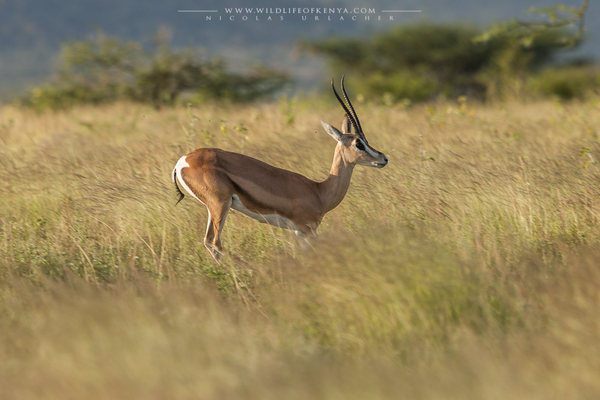 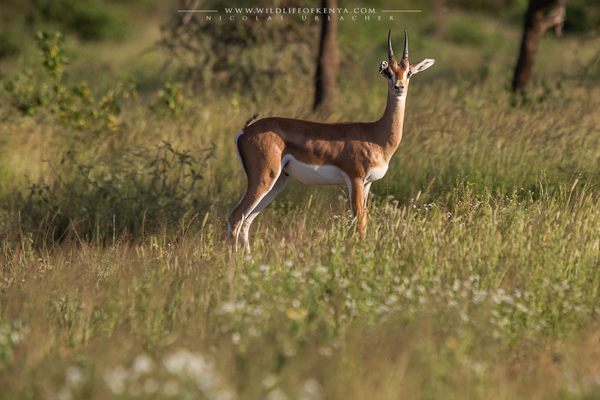 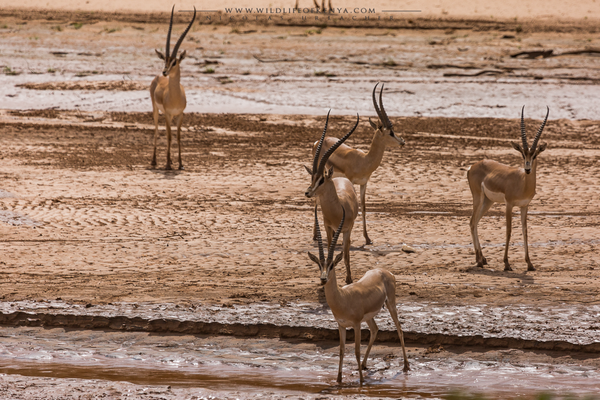 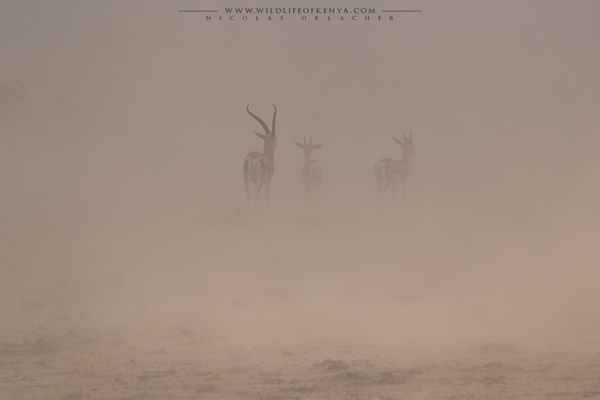 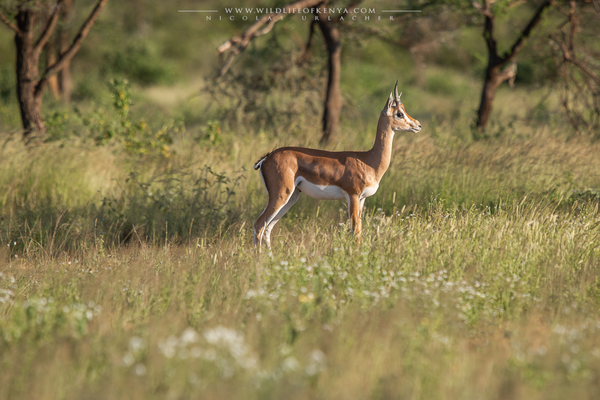 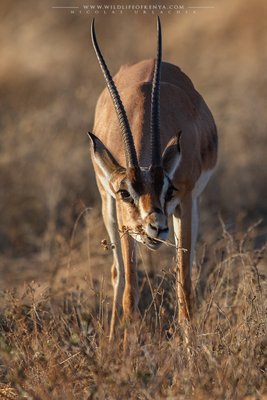 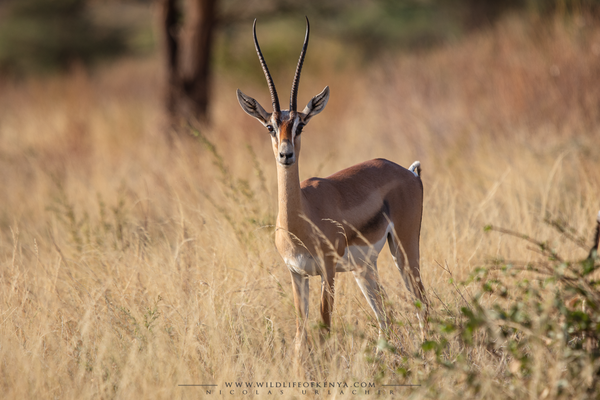 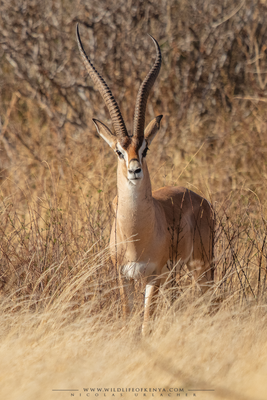 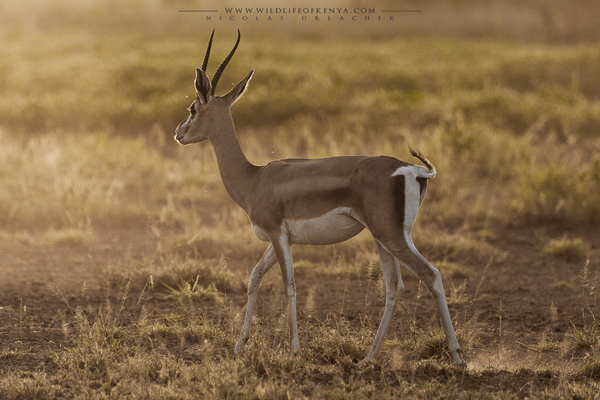 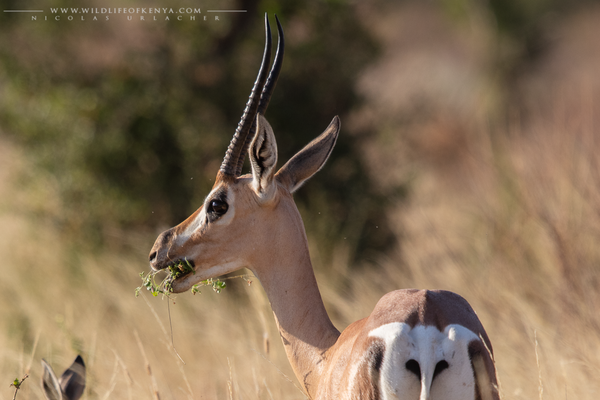 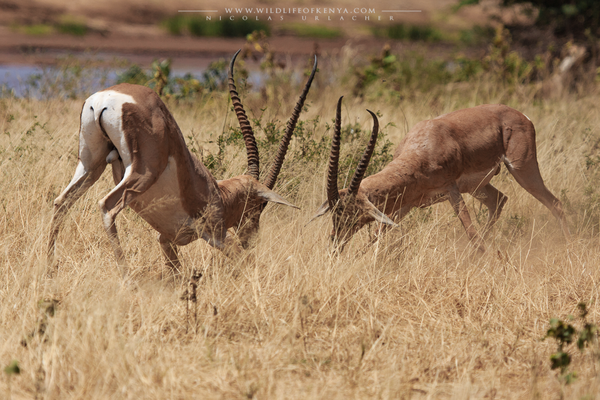 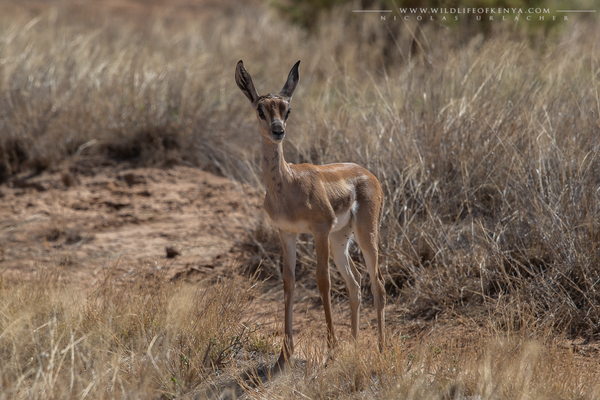 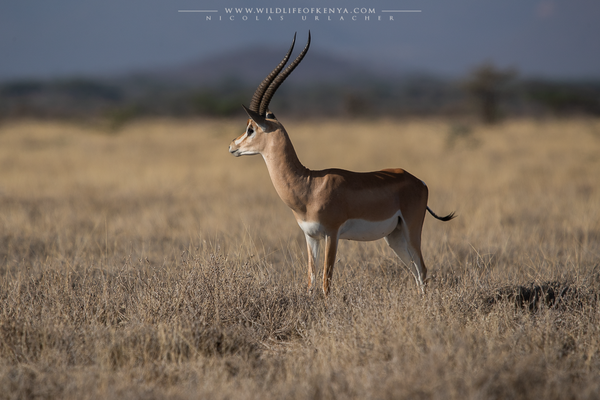 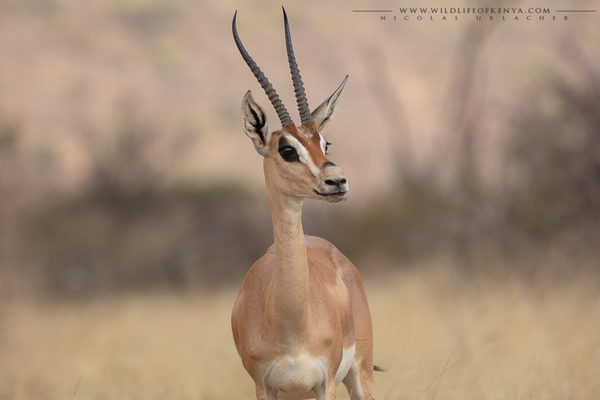 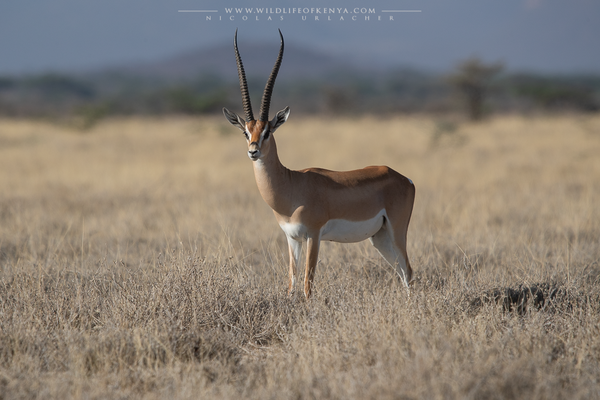 The Grant's gazelle is found in East Africa and lives in open grass plains and is frequently found in shrublands; it avoids areas with high grass where the visibility of predators is compromised. They also occur in semiarid areas and are relatively well adapted to dry areas, relying on more browse or leafy material during dry seasons to supplement their intake of water. They are migratory animals, but travel in the opposite direction of most of the other ungulates, such as Thomson's gazelles, zebras, and wildebeest, which are more water dependent. They can subsist on vegetation in waterless, semiarid areas, where they face little competition.

The Grant's gazelle is a gregarious, territorial, and migratory species. The home ranges of does overlap with those of the bucks. Only male gazelles are territorial. Male gazelles will herd all females that cross their territories. When the females are in estrus, they are strongly guarded by the dominant male, which prevents other males from mating with them. Any doe that tries to leave is aggressively herded back. Most of the time, the buck's simple stance in relation to her is enough to keep the female from leaving.

Bachelor groups are made up of adolescent and bucks not holding territory. Any new members must perform intimidation displays to enter the group. However, bachelor groups tend to be very loose and members can leave whenever they want. The larger, older males with thick horns have the best chance of establishing a territory. Conflicts between adult males are usually solved with intimidation displays. The bucks circle each other and swing their necks from side to side, displaying their neck power. Neck strength is important in an actual fight and the male that cannot keep up yields. Gazelles of nearly equal neck strength are more likely to engage in actual combat. Fighting occurs in young bucks more often than older ones. Dominant bucks can simply run off subordinates rather than having to display to them.

The Grant's gazelle is still a common species, despite having been eradicated in certain areas. Major threats have been habitat destruction and poaching. The gazelle's status as an unthreatened species is dependent on protection of the national parks and reserves where it lives. Estimates of the population range from 140,000 to 350,000. While certain areas have stable populations, overall the population trend is going downward.The most common predators of the Grant's gazelle are cheetahs and wild dogs. Humans also tend to hunt gazelles.