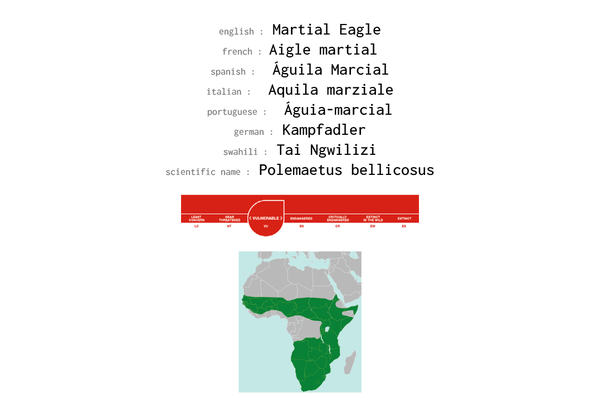 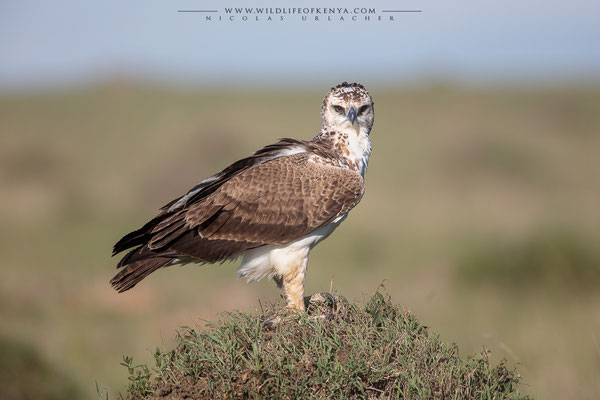 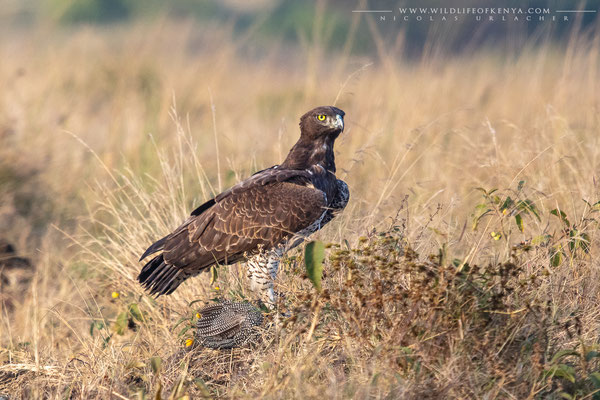 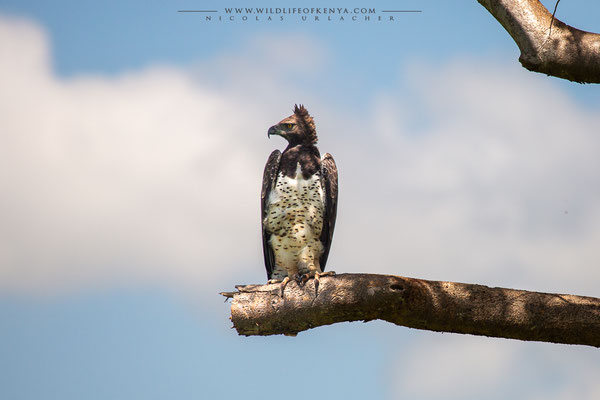 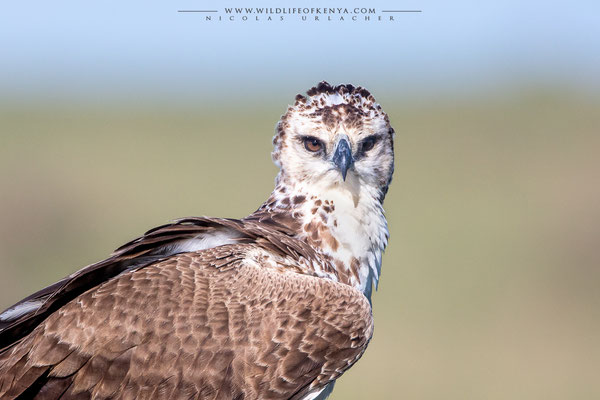 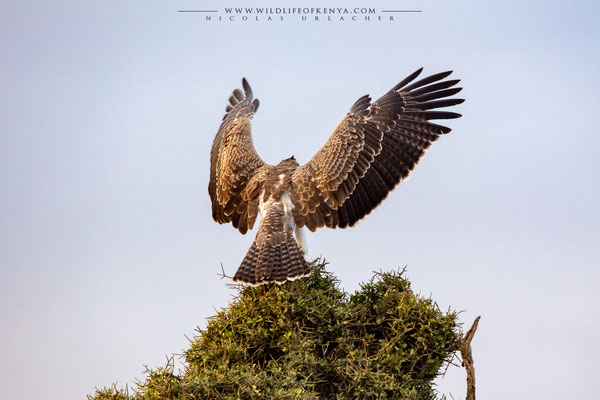 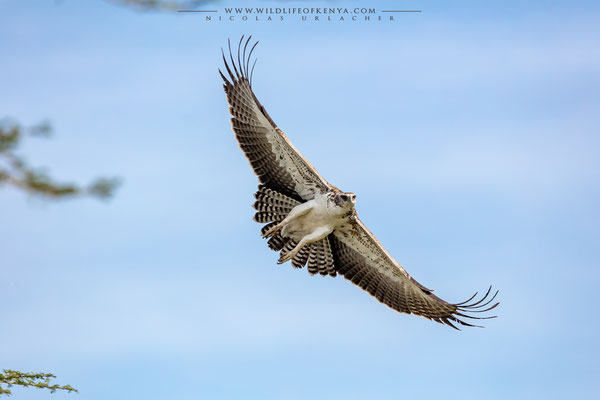 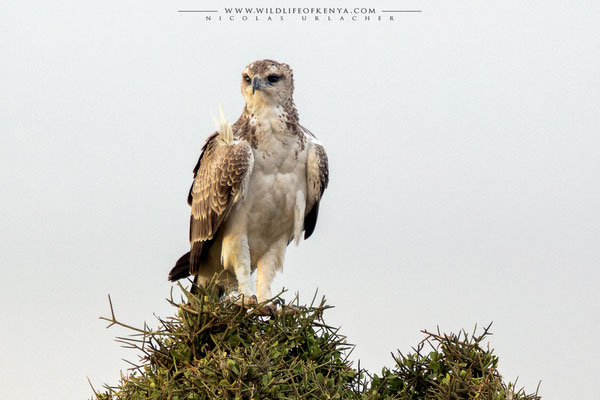 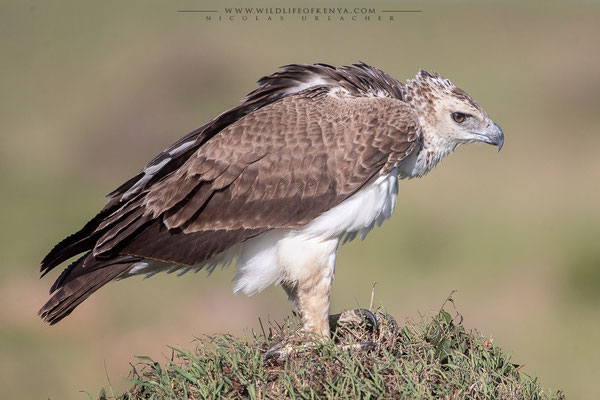 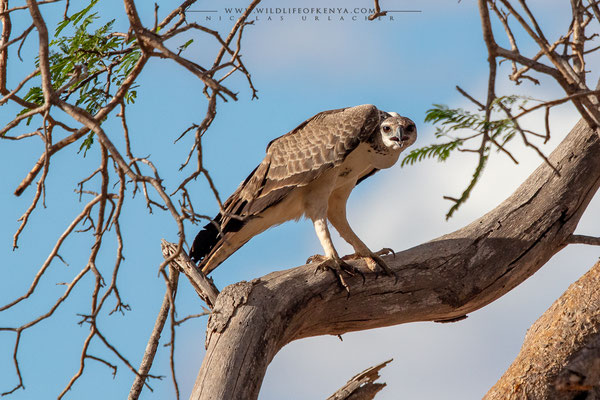 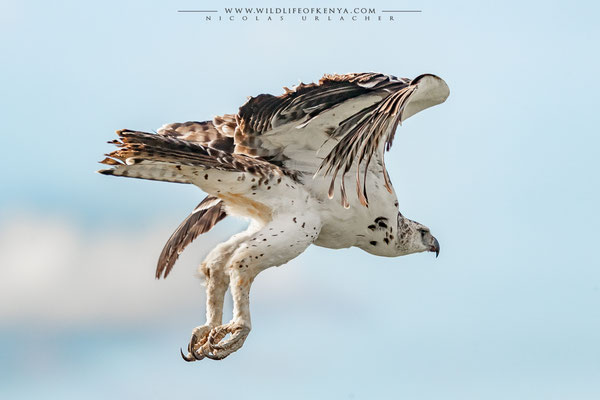 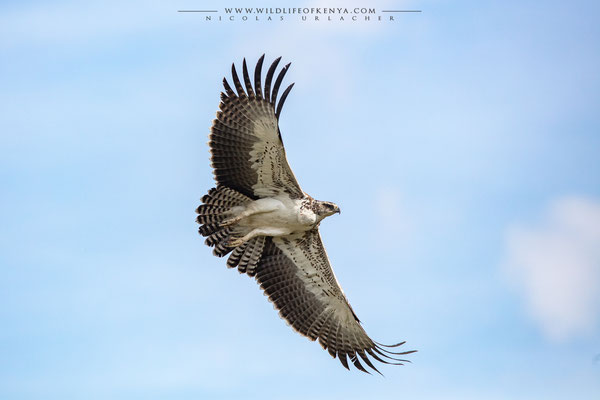 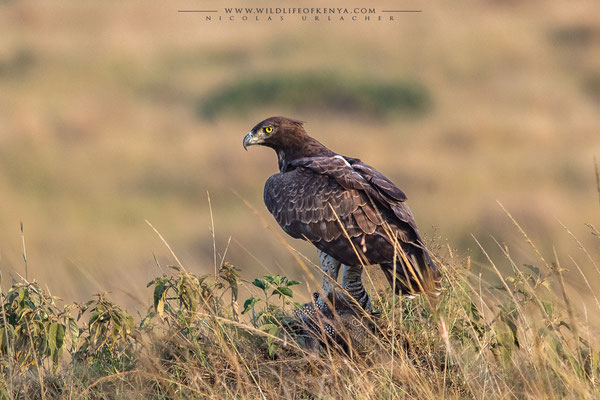 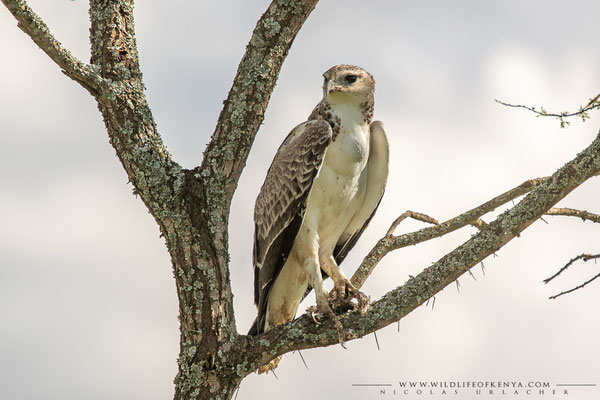 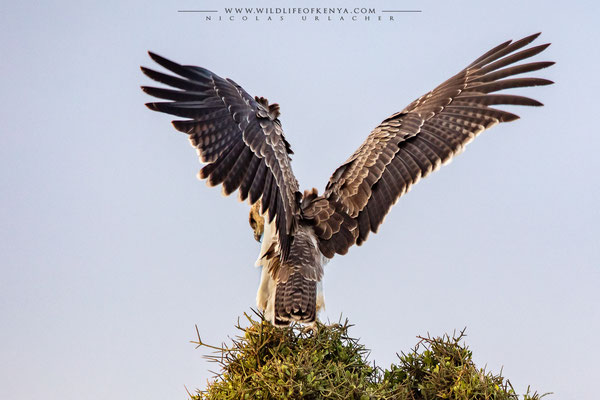 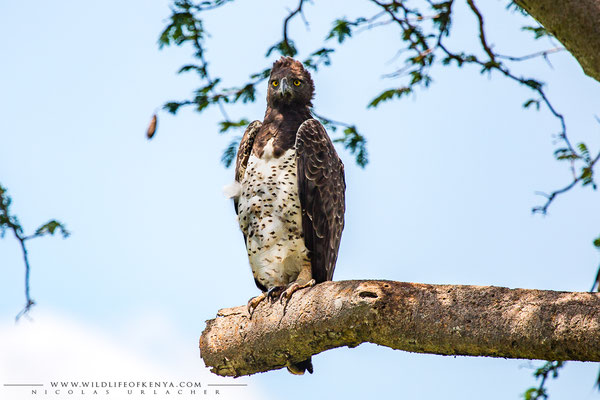 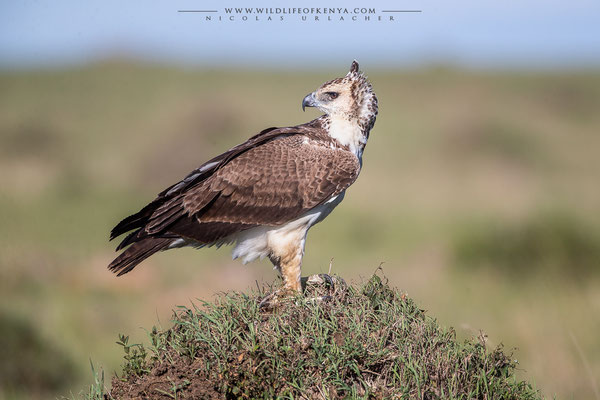 Martial eagles are Africa's largest eagle and they are one of the largest species of eagle in the World. They have a body lenght between  78 and 86 cm, a wingspan between 1.9 and 2.6 metres and they weigh up to 6 kg.

They have extremely keen eyesight (3 to 3.6 times human acuity) and can spot potential  prey up to 5km away.The martial eagle will spend  much of its day searching for food. It will soar so high that it is often no more than a pinprick, barely visible to the naked eye. During these flights they cover hundreds  of square kms.

The martial eagle is one of the world's most powerful avian predators. Due to both its underside spotting and ferocious efficiency as a predator it is sometimes nicknamed "the leopard of the air". It hunts mostly in flight, circling high above its territory, and stooping sharply to catch its prey by surprise. They mostly feed on birds (storks, francolins, guineafowls),reptiles (monitor lizards, snakes), small mammals (hares, dik-dik, duikers...), hyraxes, jackals, etc.

The martial eagle is probably naturally scarce, due to its requirement for large territories and low reproductive rates. Nonetheless, the species  has been experiencing a major decline in numbers in recent years, due largely to being directly killed by humans. Its conservation status was uplisted to Near threatened  in 2009 and to Vulnerable in 2013, with another uplisting already expected.