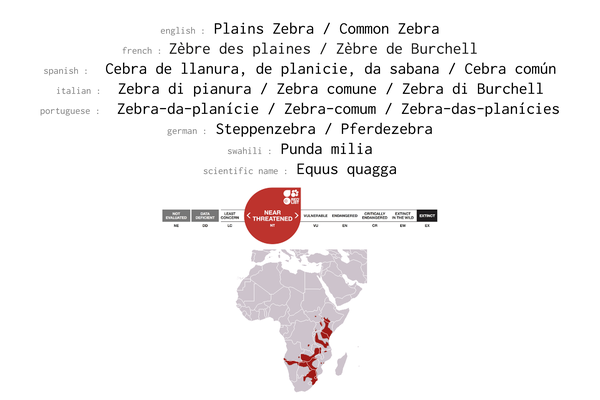 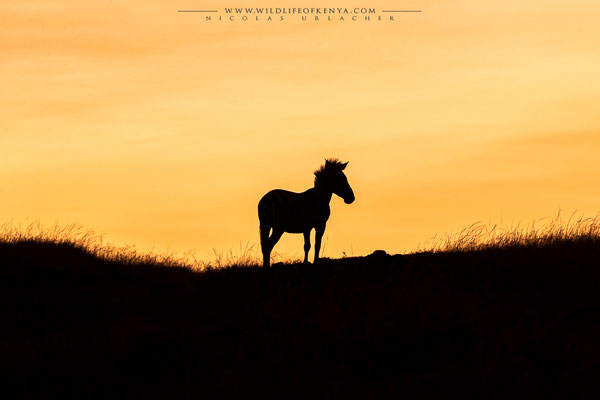 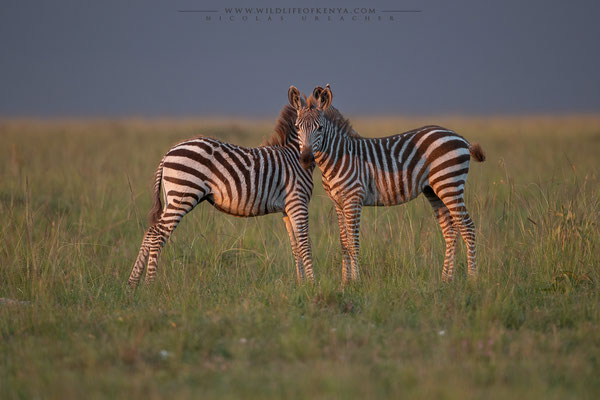 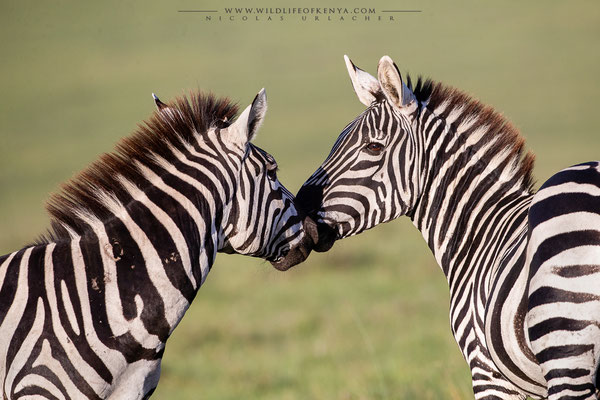 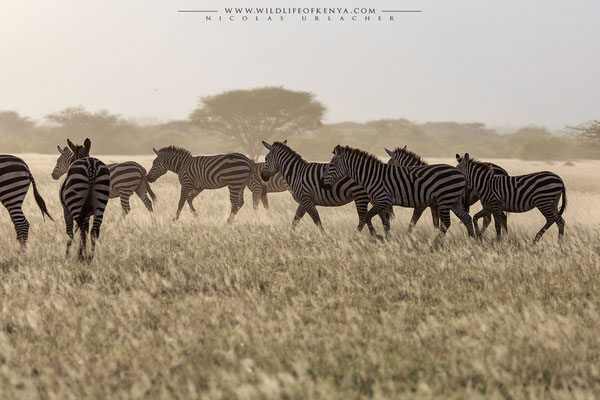 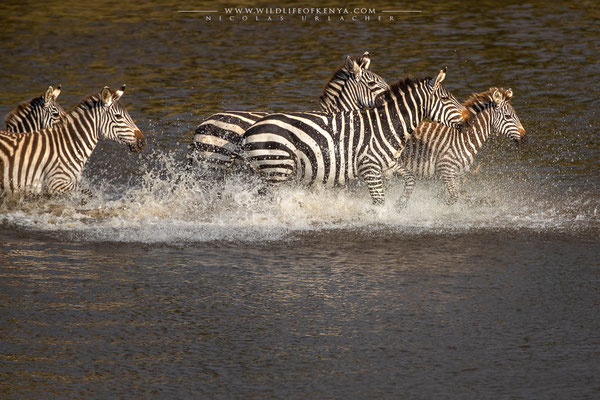 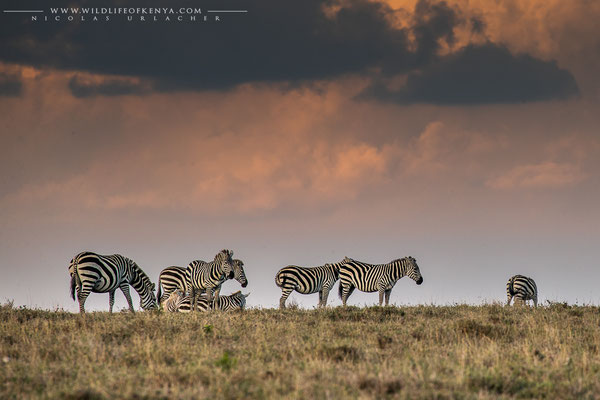 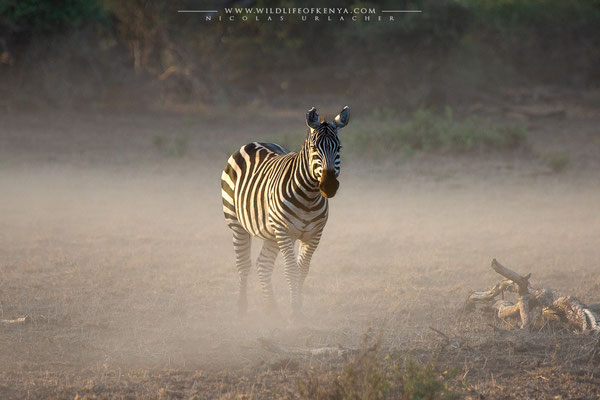 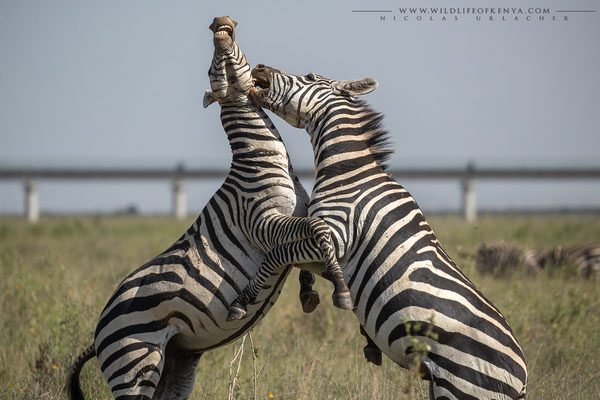 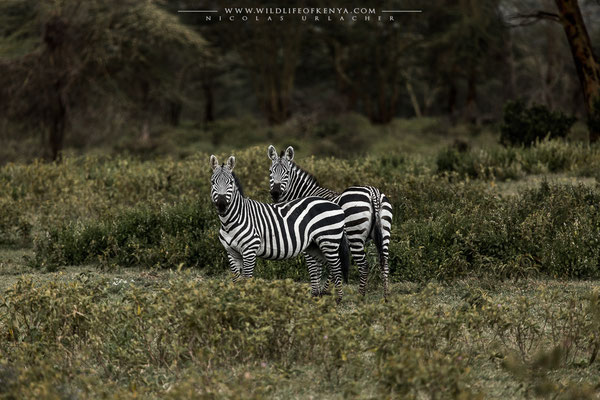 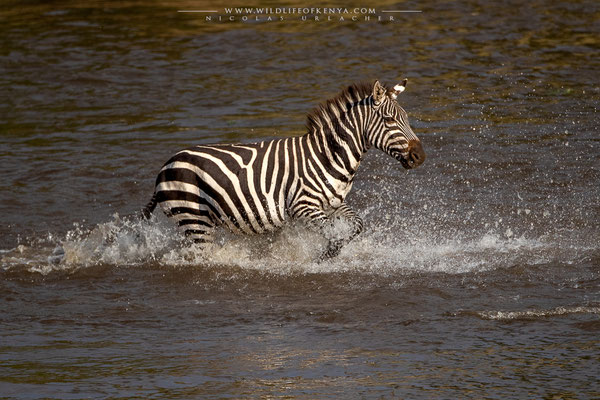 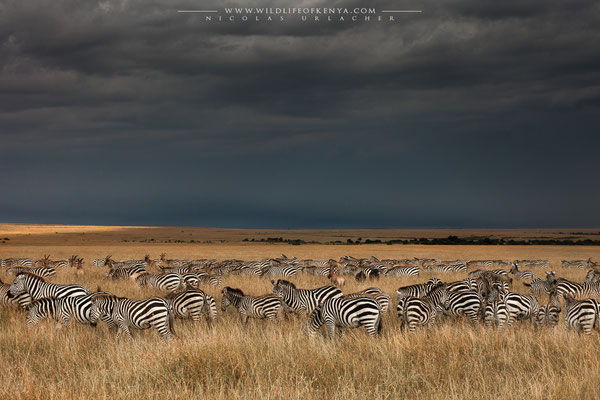 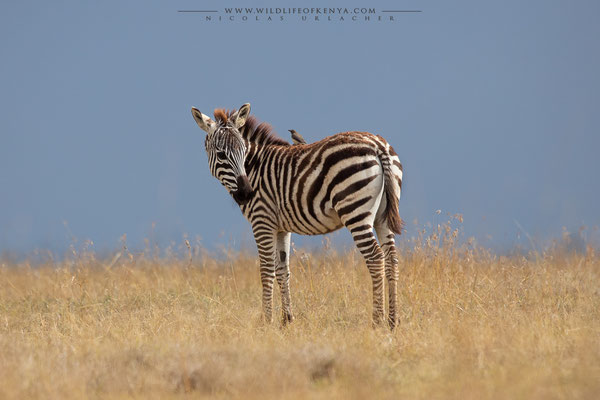 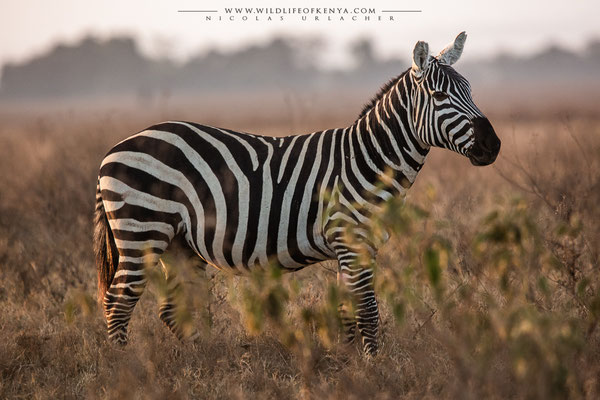 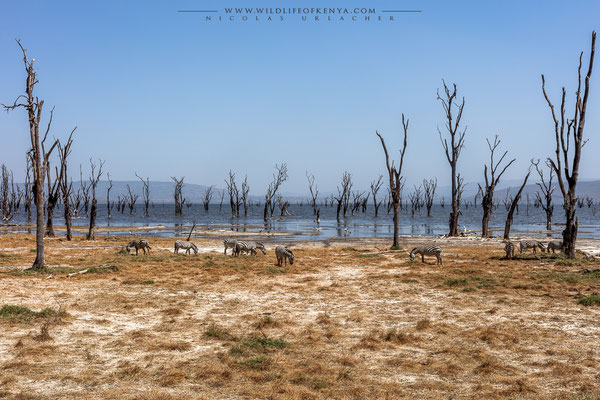 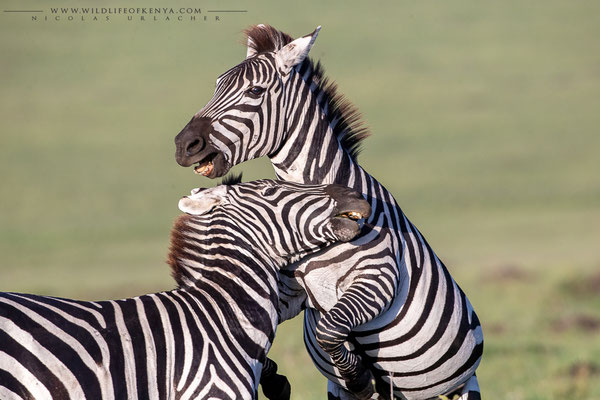 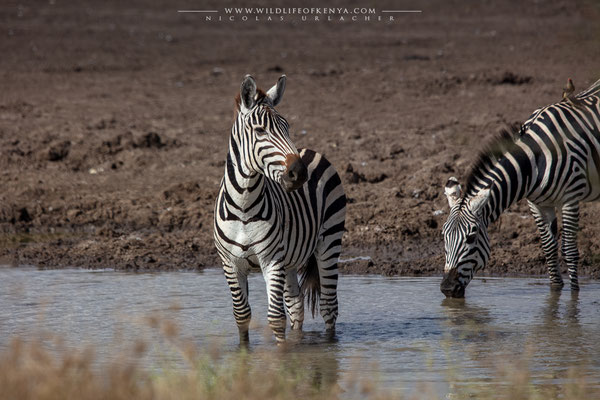 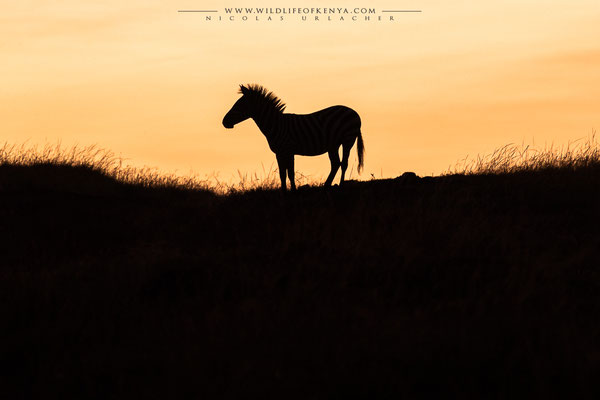 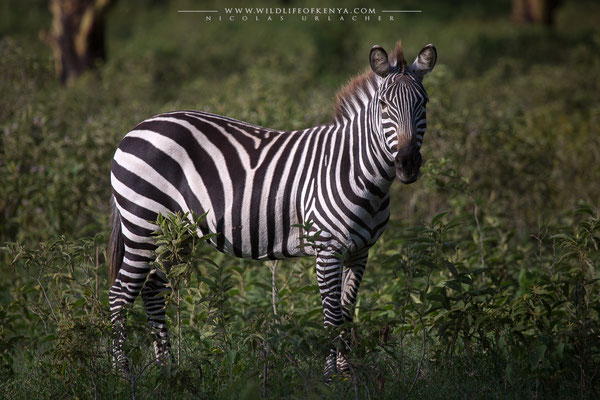 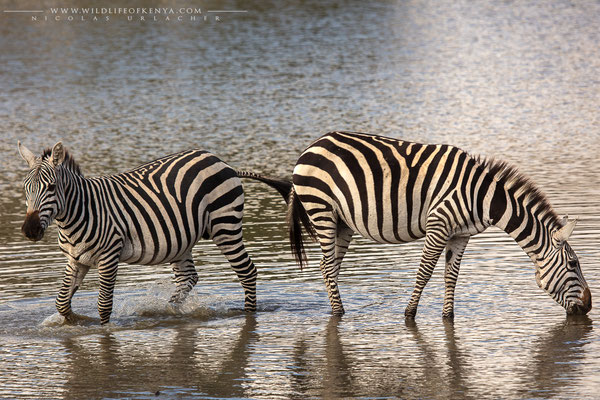 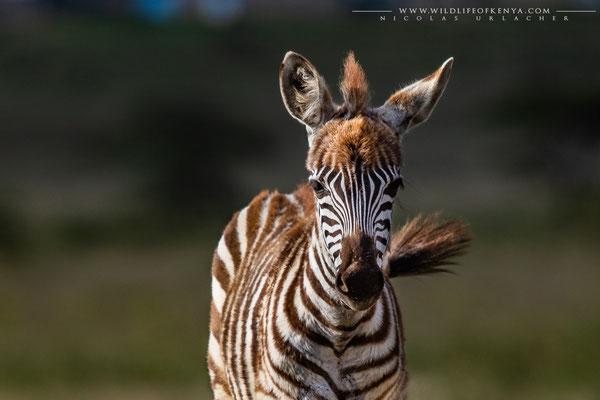 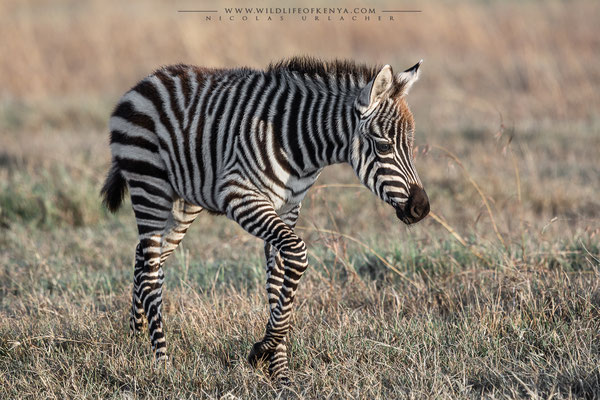 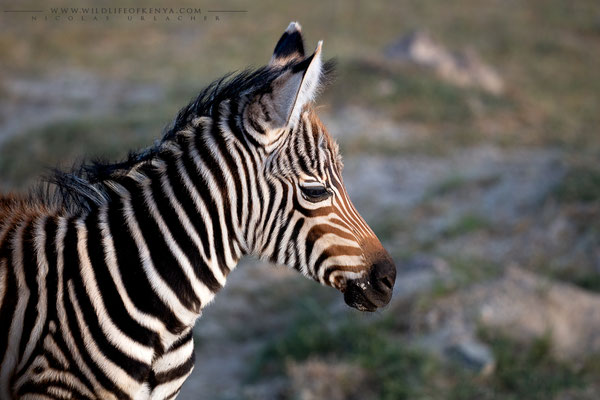 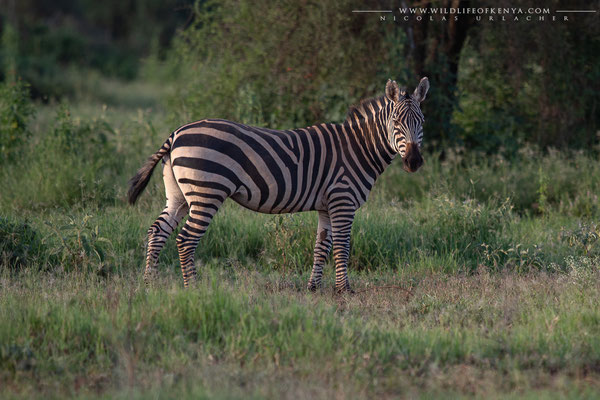 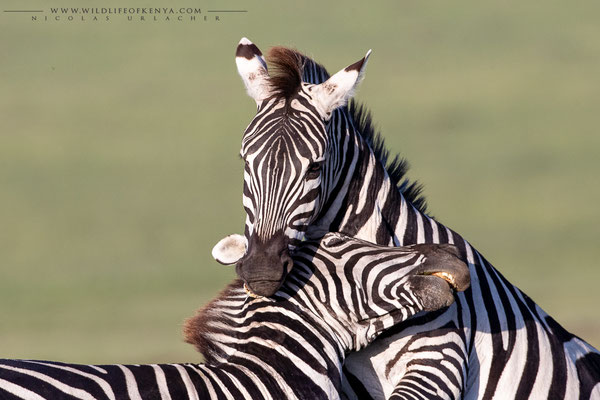 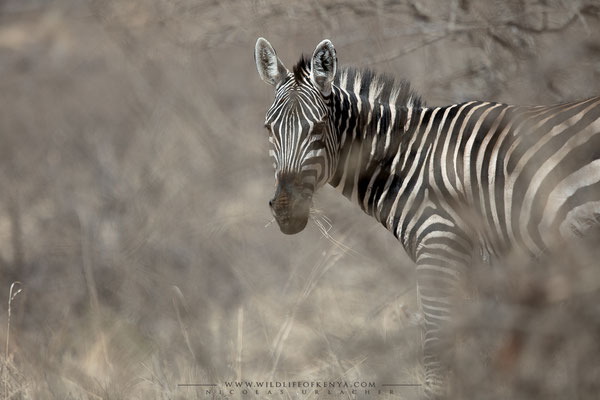 Zebras are closely related to horses but they’re not the same species. They’re in the same family (called Equidae) and they can even breed with each other, but zebras aren’t just striped horses as they evolved separately. Zebras are odd-toed ungulates and thus belong to the Perissodactyla order. There are three extant families within this order: Equidae (horses, asses, and zebras), Rhinocerotidae (rhinos), and Tapiridae (tapirs). Zebras are very speedy animals, and can reach speeds of up to 56kph when galloping across the plains. This is just fast enough to outpace predators such as lions. Foals can run with the herd within a few hours of birth. Zebras are social animals and live in small family groups that combine into large herds. Even when grouped in a massive swath of other zebras, they remain close to their families. A typical plains zebra family consists of a male, called a stallion, several females, called mares, and their children. When a female becomes pregnant, it takes 13 months to have the baby, called a foal. These family groups are called harems. The harems will often join with other families to form large herds.

Constantly on the watch for lions and hyenas, a herd helps with all of its extra eyes to monitor for danger. If a zebra is attacked, other zebras come to its defense and form a circle around it to ward off the predator. Zebras are often found mingling with antelope herds, adding extra protection against threats. During the zebras' annual migration in search of food and water, it is the responsibility of the oldest male in the family to ensure that the group never strays too far from water. Zebras usually live to be between 20 to 30 years old. When no eating or traveling, zebras do take the opportunity to sleep. They sleep standing up and they only sleep when they are in large groups so that they can be alerted of danger.

Fisrt thing, zebras are black with white stripes and not white with black stripes as many people think. A zebra’s stripy coat is thought to disperse more than 70 per cent of incoming heat, preventing the animal from overheating in the African sun. This is because air moves at different speeds over light-absorbing black stripes and light-reflecting white stripes, so the zebra creates its own cooling air currents. In addition to keeping zebras cool, it’s thought that a zebra’s stripes also serve to help camouflage the animal in long grass, and distract predators. While that might seem unlikely when we look at them, you’ve got to remember that lions are colour blind, and a herd of stripy running zebras will very confusing if you see everything in black and white. Recent research also shows that a zebra’s stripes may have evolved to keep biting insects at bay – the monochrome pattern seems to throw off the visual systems of flies. Perhaps the best explanation for the stripes is that they serve a social function. Individual zebras can apparently recognise each other by their striping patterns. The stripes may also serve as visual cues for grooming. In addition, they could serve to help zebra groups stay together when they are fleeing.