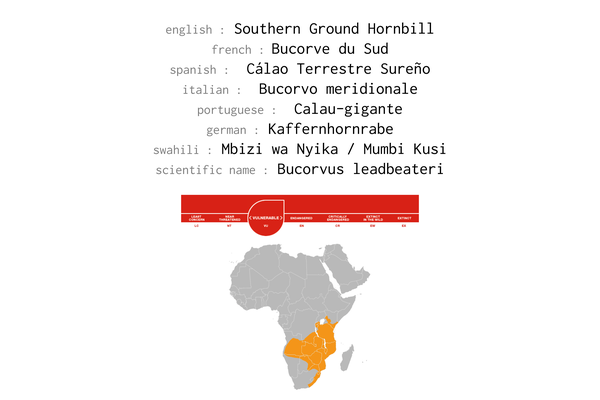 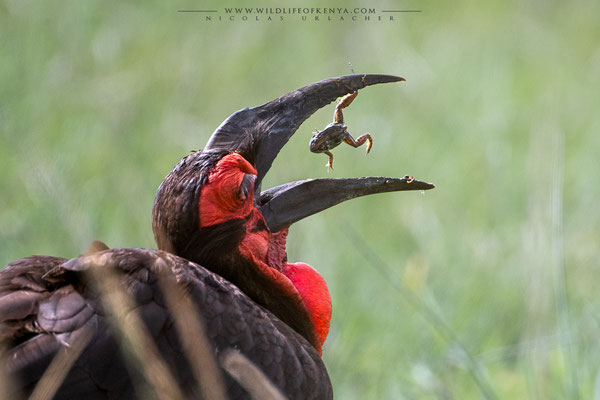 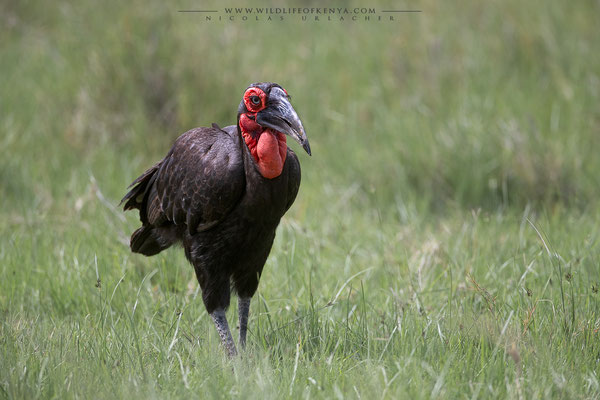 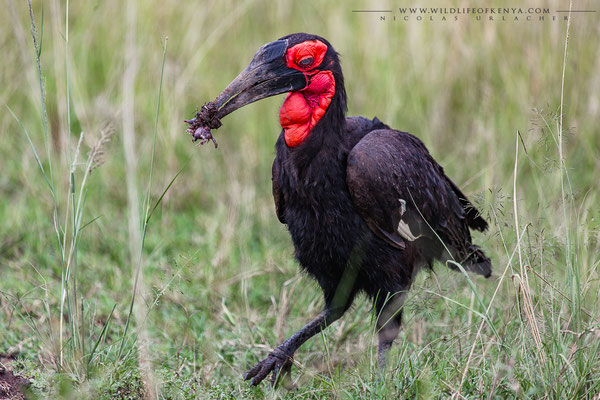 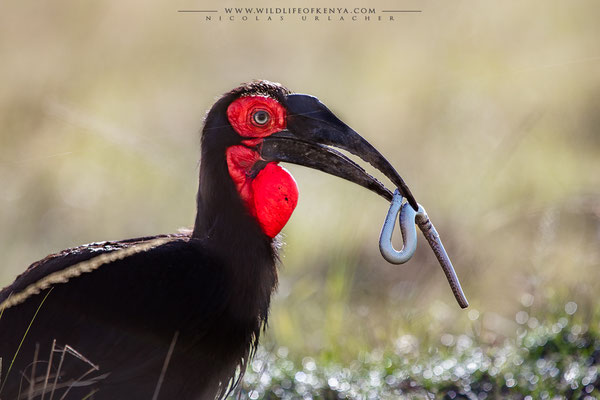 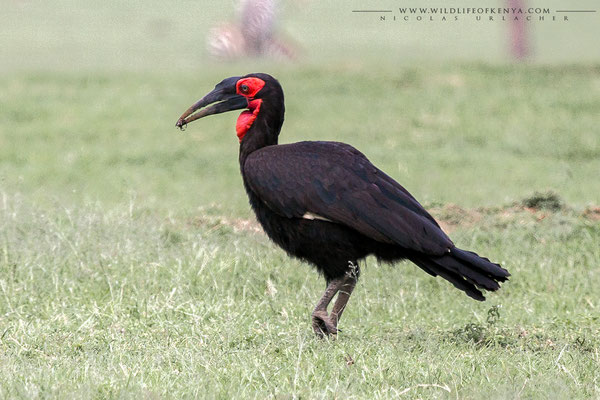 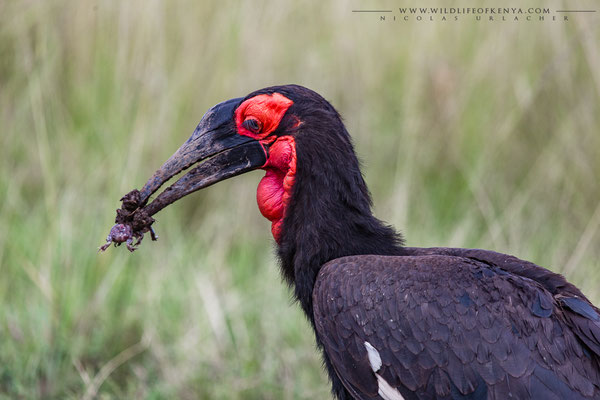 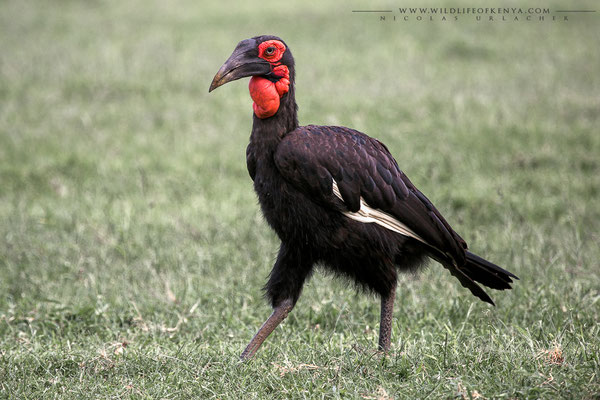 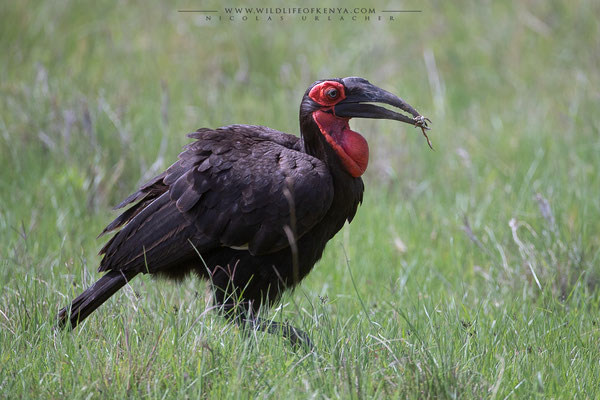 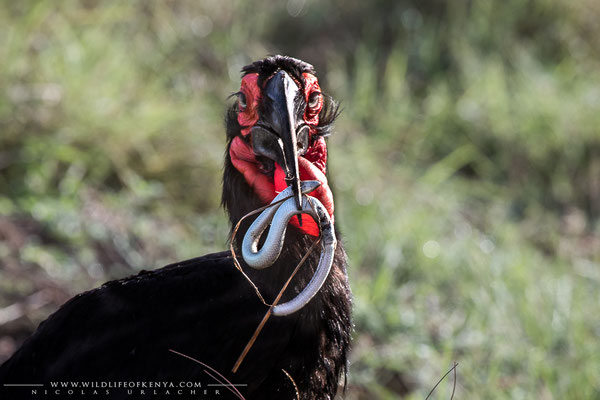 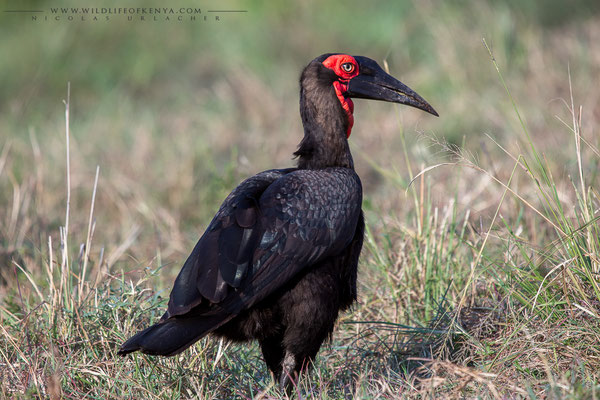 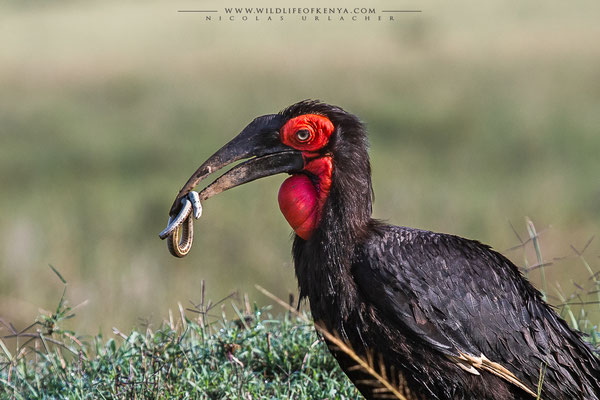 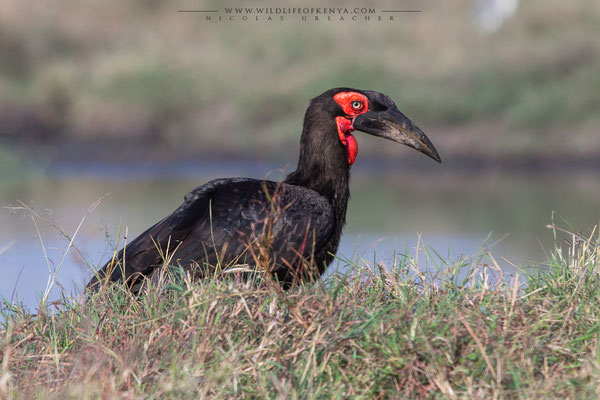 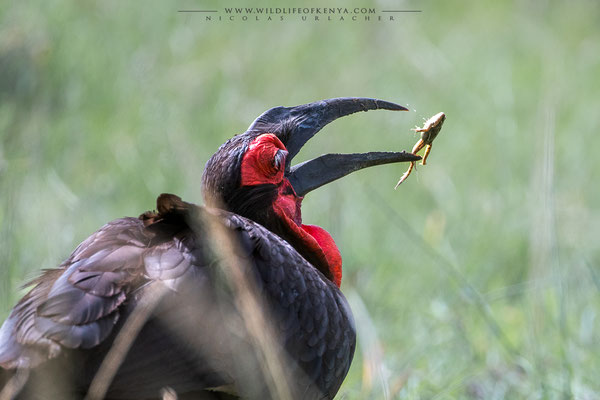 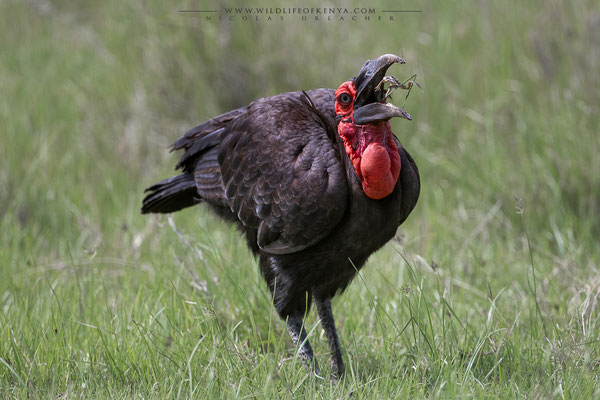 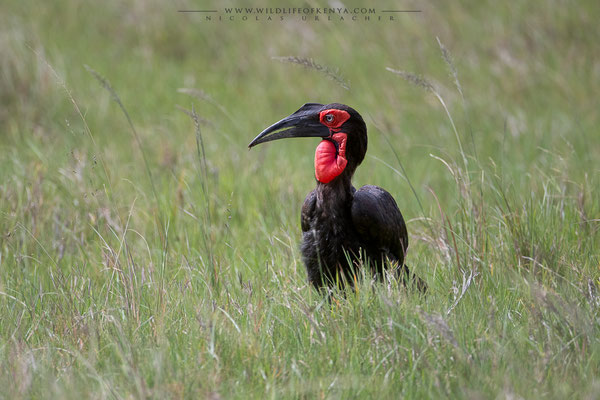 The southern ground hornbill (Bucorvus leadbeateri; formerly known as Bucorvus cafer), is one of two species of ground hornbill, which are both found solely within Africa, and is the largest species of hornbill worldwide. It can be found in the southern regions of Africa, ranging from Kenya to South Africa.

Southern ground hornbills are carnivorous and mostly hunt on the ground, where they find the majority of their food. This food ranges from insects to small animals. Their nests are often found in high in tree cavities or other shallow cavities, such as rock holes in cliff faces. These birds are a long lived species, having lifespans in the range of 50-60 years. In relation to their long lives, they do not reach sexual maturity until 4-6 years old, and begin breeding around 10 years old. Their sex can be identified by the color of their throats, where the male’s is pure red and the female’s is a deep violet-blue.

their numbers have been declining, due in part to persecution, habitat destruction, cultural beliefs, and other factors. They are listed globally as ‘Vulnerable’ by the IUCN as of 2018, and ‘Endangered’ in South Africa, Lesotho, Namibia and Swaziland.