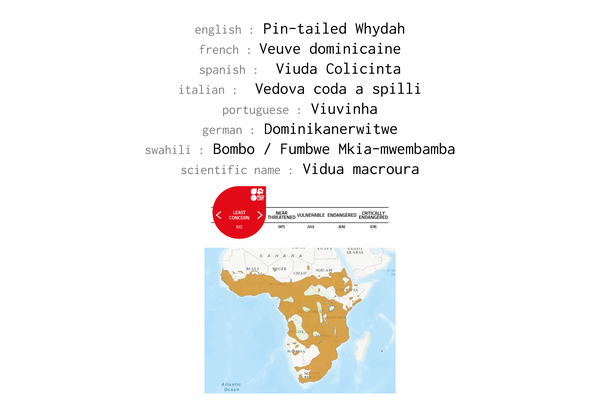 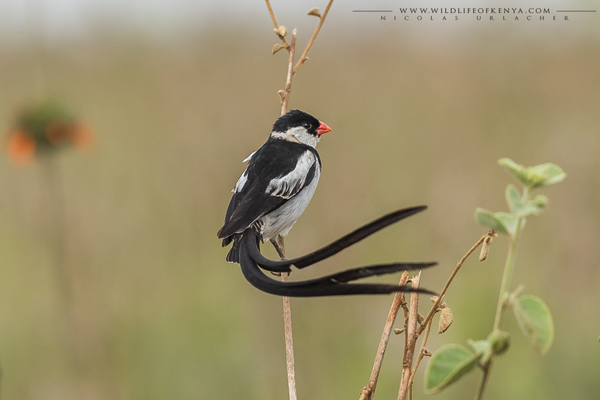 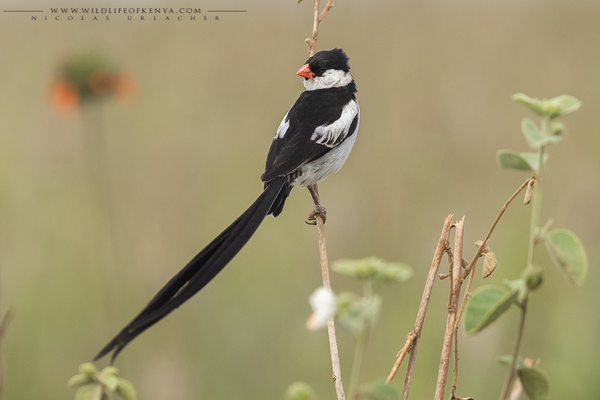 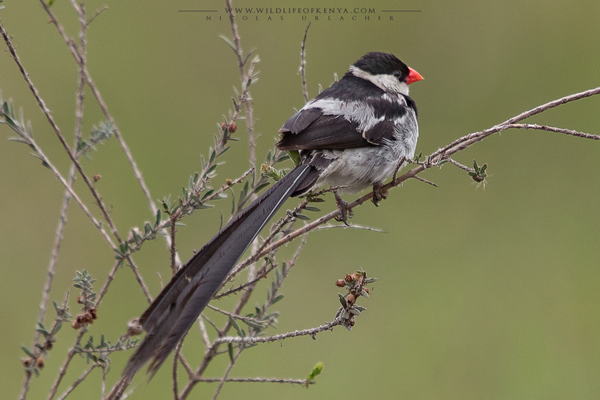 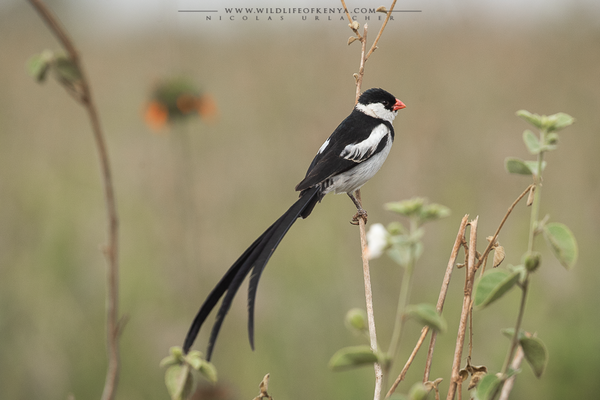 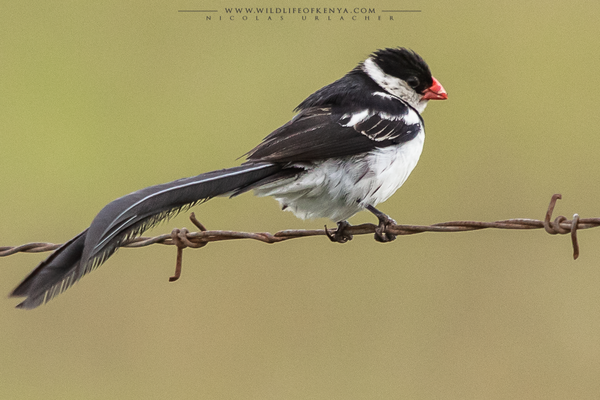 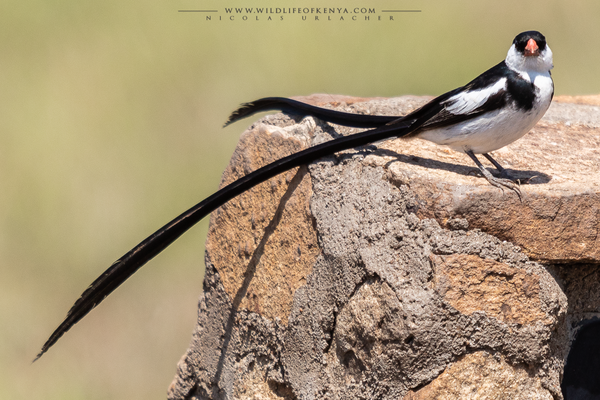 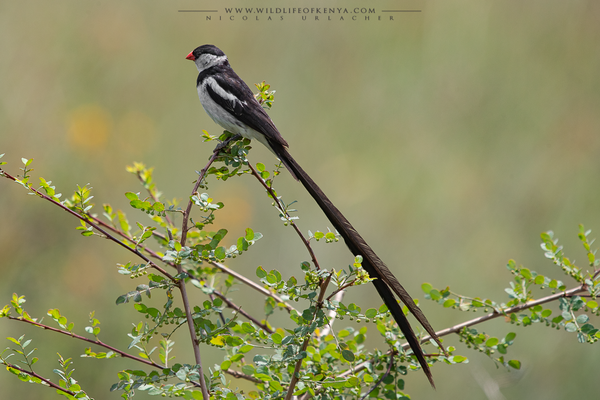 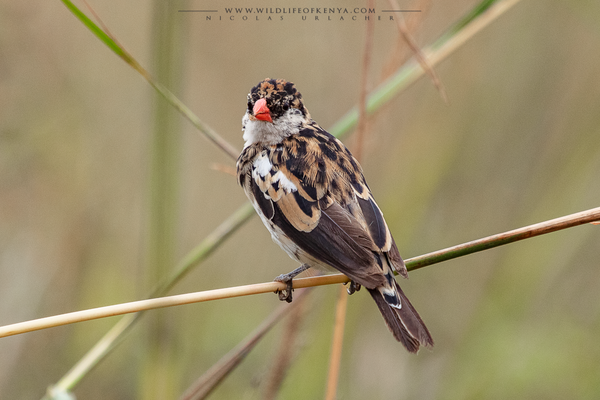 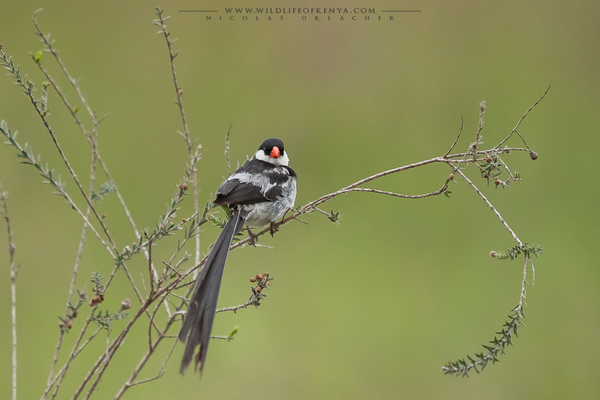 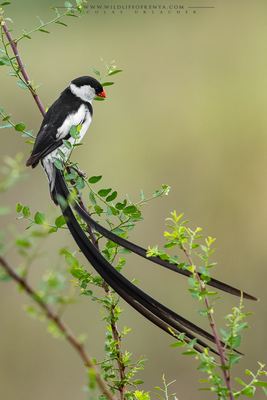 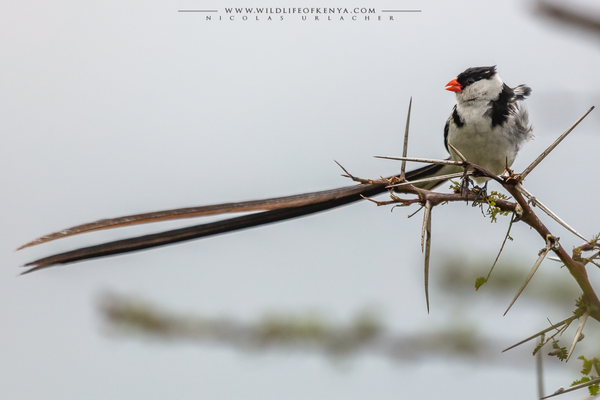 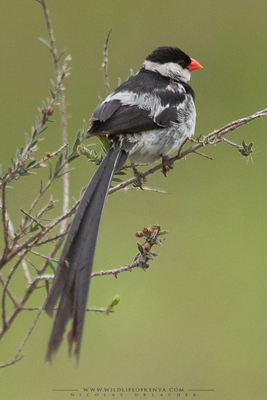 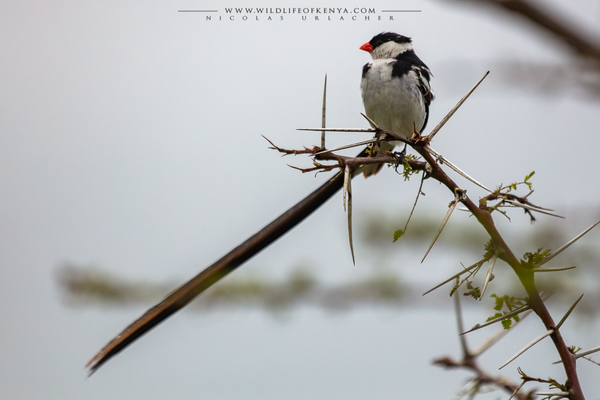 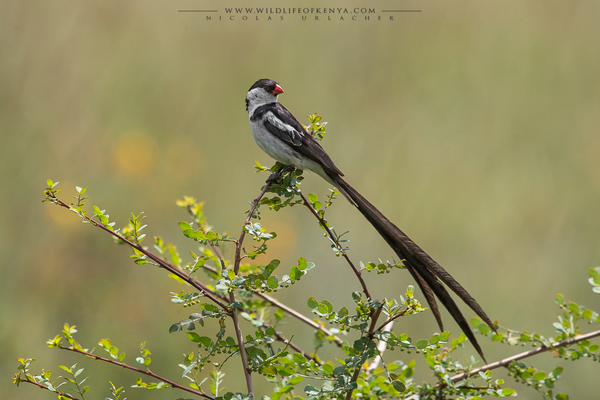 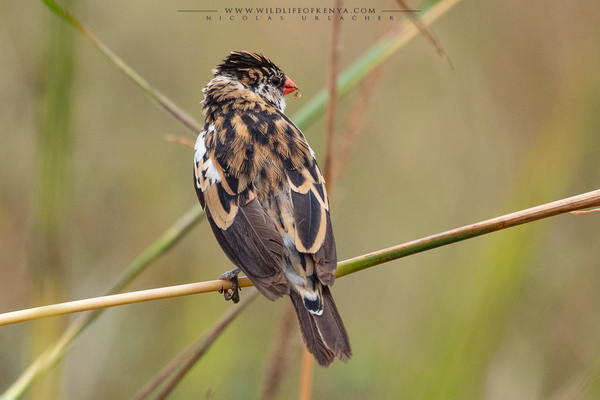 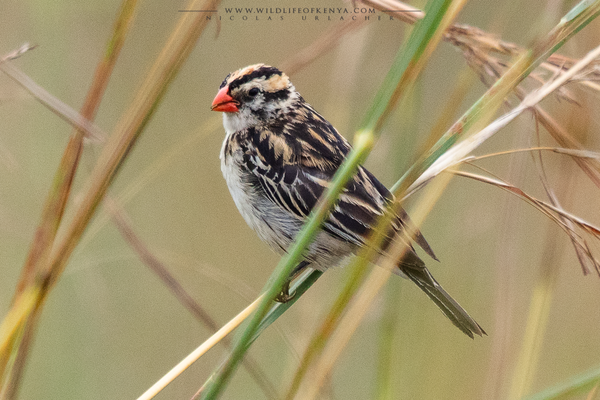 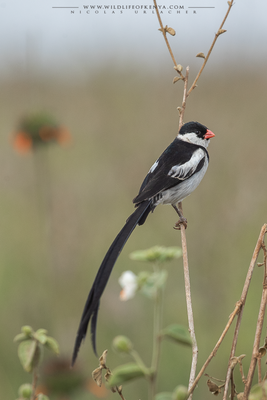 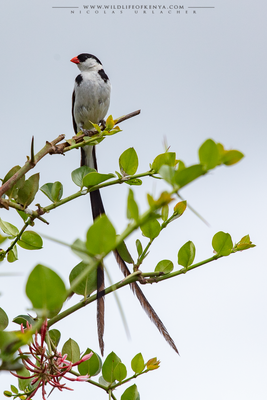 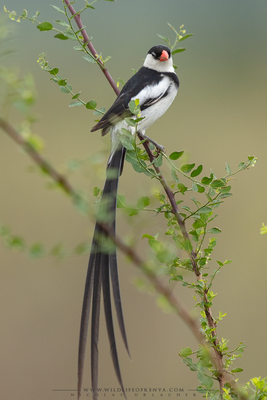 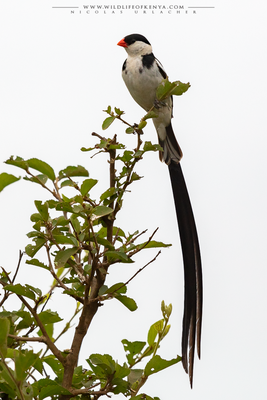 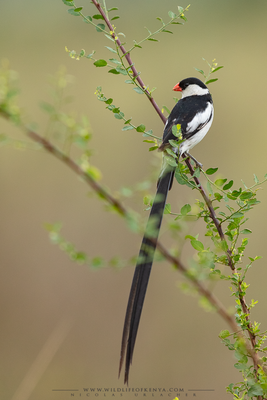 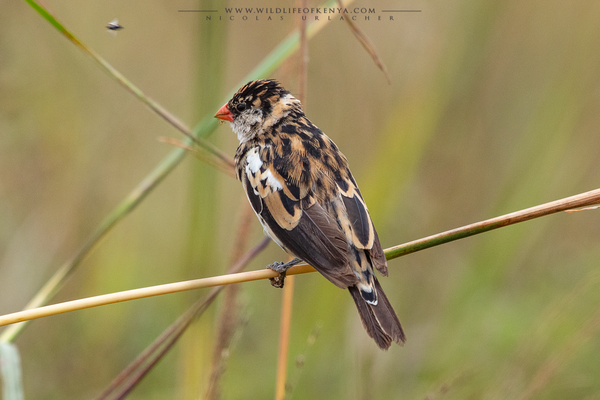 The pin-tailed whydah is a brood parasite which lays its eggs in the nests of estrildid finches, especially waxbills. Unlike the common cuckoo, it does not destroy the host's eggs. Tipically, 2-4 eggs are added to those already present. The nestling whydah mimic the gape pattern of the fledgings of the host species.

The male is territorial, and one male often has several females in his small group. He has an elaborate courtship flight display, which includes hovering over the female to display its tail.

It is a small, gregarious, and tame species that is found in wide variety of open habitats including agricultural fields, parks, and gardens. The glorious adult male is unmistakable with its long tail and bright reddish bill. In nonbreeding plumage, both male and female have streaks on the sides of the upper chest, a boldly striped head, an orange-pink bill, and dark legs. In breeding plumage, the bill of female is dusky. Juveniles are dull brown overall.