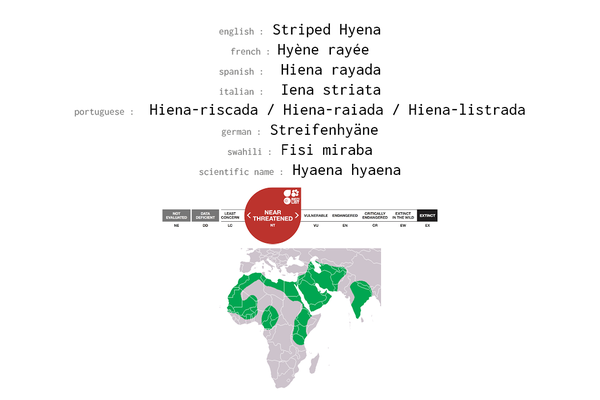 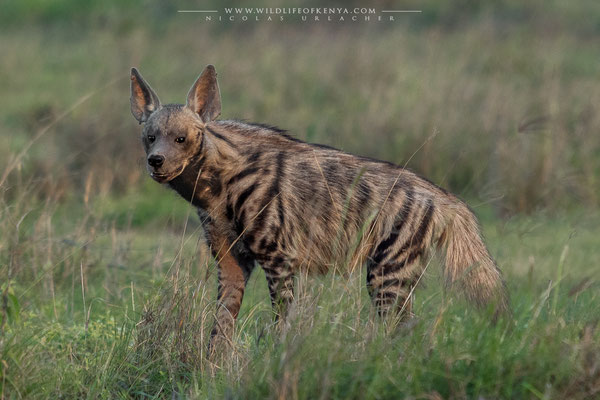 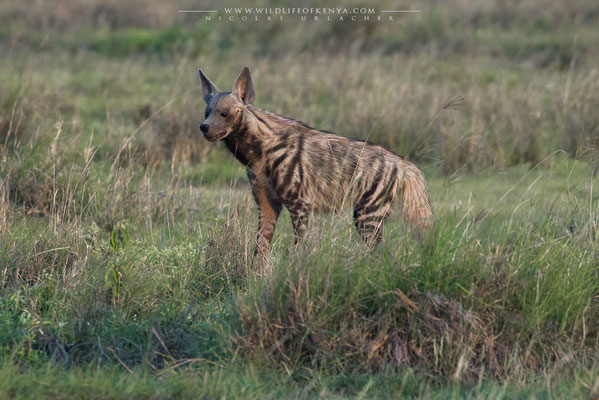 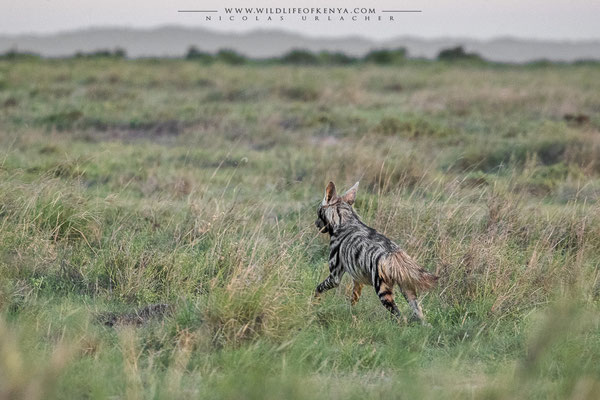 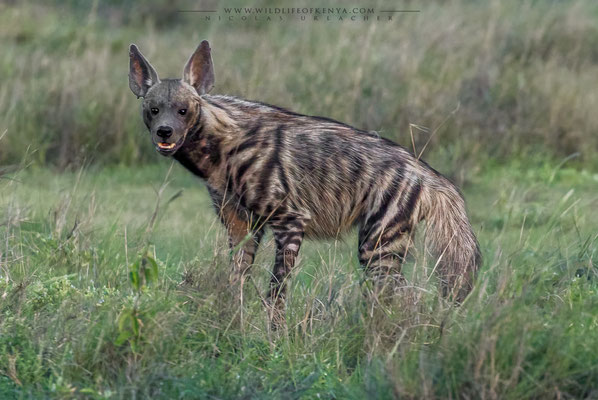 The striped hyena (Hyaena hyaena) is a species of hyena native to North and East Africa, the Middle East, the Caucasus, Central Asia and the Indian subcontinent. It is listed by the IUCN as near-threatened, as the global population is estimated to be under 10,000 mature individuals which continues to experience deliberate and incidental persecution along with a decrease in its prey base such that it may come close to meeting a continuing decline of 10% over the next three generations.

It is the smallest of the true hyenas and retains many primitive viverrid characteristics lost in larger species, having a smaller and less specialised skull. Though primarily a scavenger, large specimens have been known to kill their own prey. The striped hyena is a monogamous animal, with both males and females assisting one another in raising their cubs.