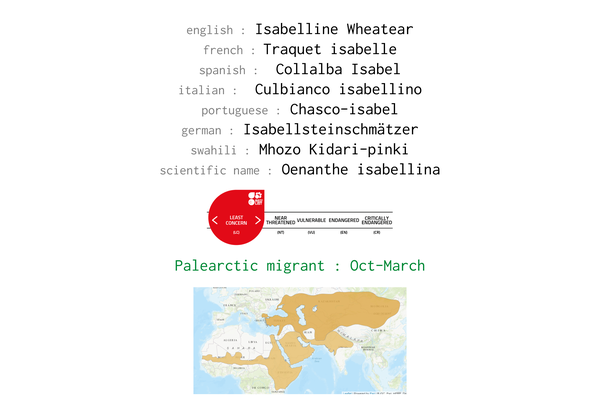 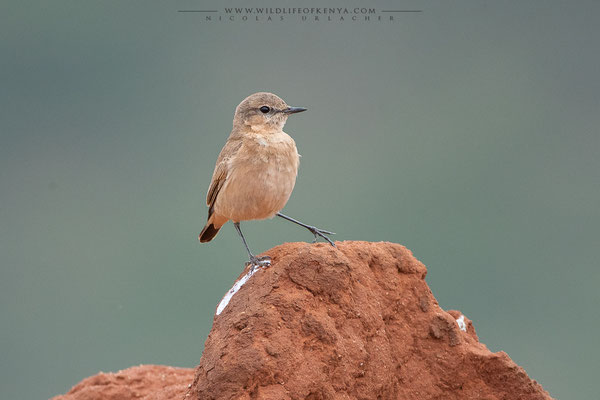 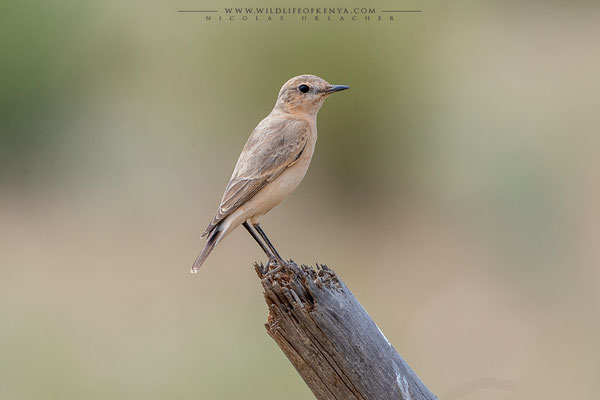 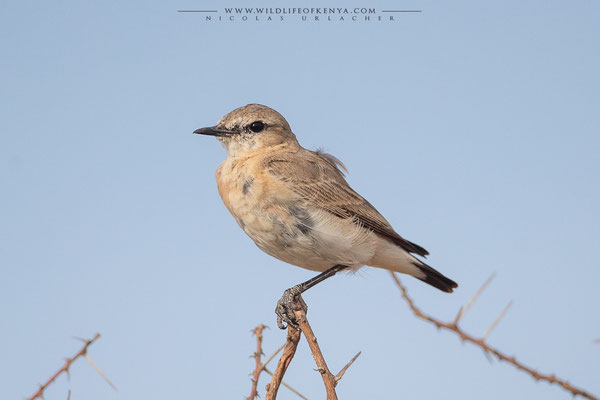 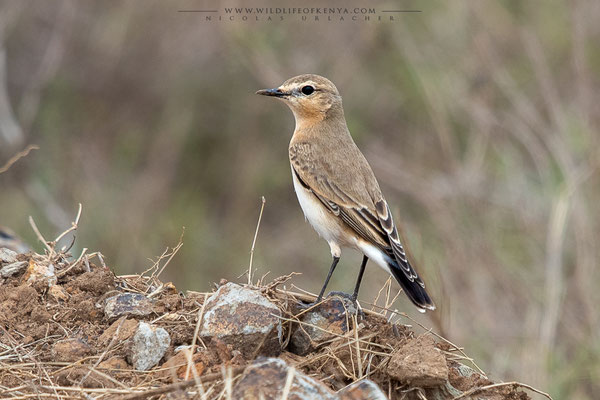 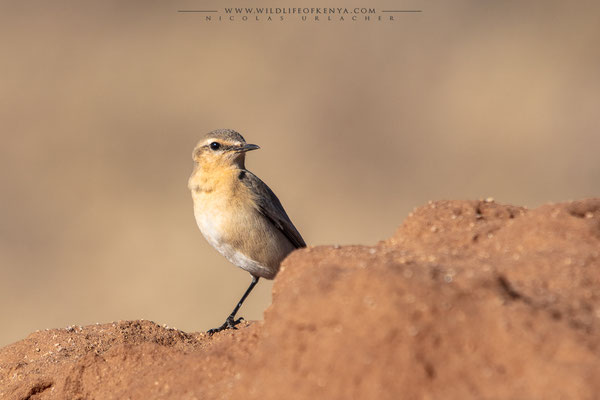 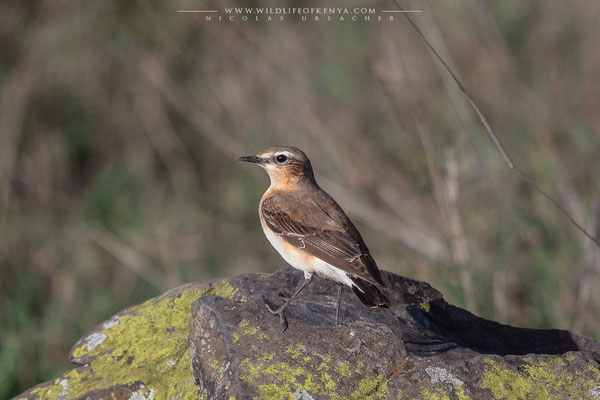 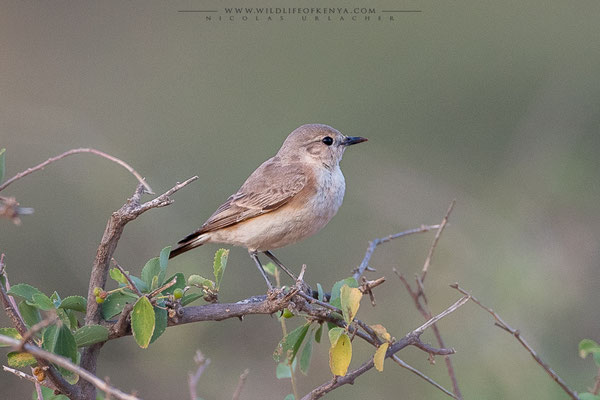 The isabelline wheatear (Oenanthe isabellina) is a small passerine bird that was formerly classed as a member of the thrush family Turdidae, but is now more generally considered to be an Old World flycatcher in the family Muscicapidae. It is a migratory insectivorous bird. Its habitat is steppe and open countryside and it breeds in southern Russia and Central Asia to northern Pakistan, wintering in Africa and northwestern India. It is a very rare vagrant to western Europe. The isabelline wheatear is a migratory species with an eastern palearctic breeding range. This extends from Southern Russia, the Caspian region, the Kyzyl Kum Desert and Mongolia to Afghanistan, Iran, Iraq, Saudi Arabia, Syria, Jordan and Israel. It winters in Africa and northwestern India. It has occurred as a summer vagrant to Greece, Cyprus, Algeria and Tunisia.

In the breeding season the isabelline wheatear is found in open country, barren tracts of land, arid regions, steppes, high plateaux and on the lower slopes of hills. In its winter quarters it occupies similar habitats in semi-arid regions, open country with sparse scrub and the borders of cultivated areas, showing a particular liking for sandy ground.

The isabelline wheatear is an active and restless bird, moving across the ground with long hops, flitting into the air and perching on eminences or small bushes. Its posture is rather upright and it is constantly bobbing about and flaring, raising and lowering its tail. It sometimes flutters into the air to catch insect prey but mostly forages along the ground, probing the soil with its beak. Its diet includes ants, grasshoppers, moths, flies, mites, spiders and insect larvae, and it sometimes eats seeds as well.

Isabelline wheatears are solitary birds in their winter quarters and may associate with other Oenanthe species during migration. On arrival at their breeding grounds they establish territories. The male isabelline wheatear displays to the female by drooping and then spreading his wings while singing, leaping a short distance in the air, or flying up fifteen metres or so, hovering and performing stunts, singing all the while, before landing again beside the female. The nest is usually underground, normally in the empty burrow of a pika, ground squirrel or mole rat, or they may excavate a fresh burrow. The nest is bulky and is composed of dried grasses.