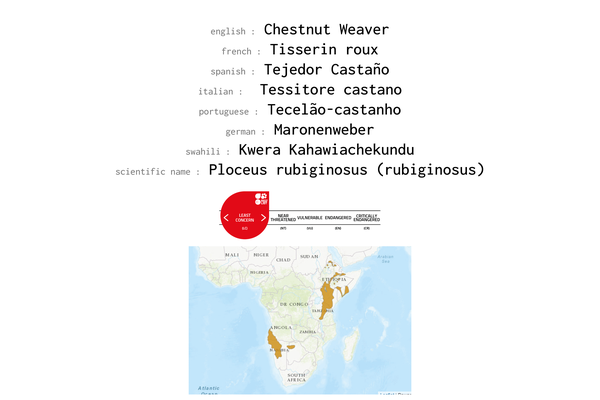 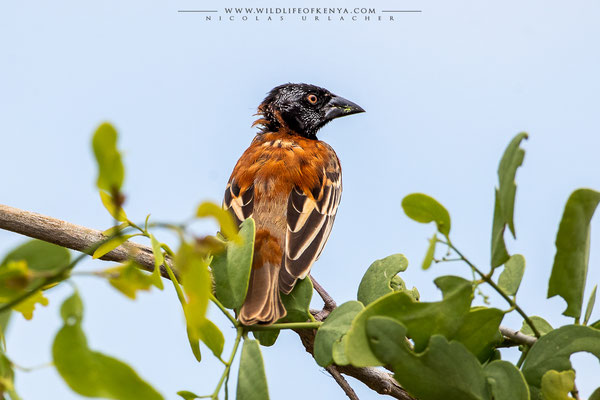 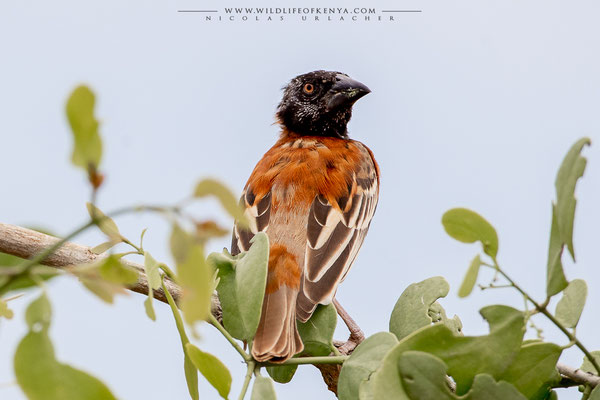 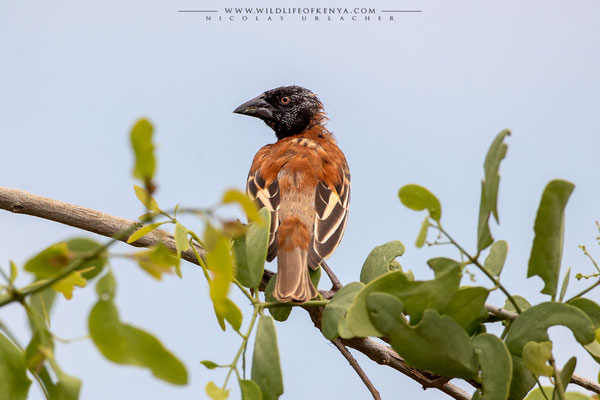 The chestnut weaver (Ploceus rubiginosus) is a species of bird in the family Ploceidae. It is found in eastern and south-western Africa.

Large, heavy-billed weaver in which breeding males have an unusual color scheme: chestnut with a black head. Non-breeding males and females are plain grayish-brown with buff on the breast. Highly nomadic species of dry savanna, which can appear in large numbers after rains and begin nesting in large colonies. Males are oddly similar to Chestnut Sparrow, and they often nest alongside that species, but are easily separated by their larger size and black head. Non-breeding male and female are remarkably colorless, lacking the greenish and yellowish tones shown by similar weavers.