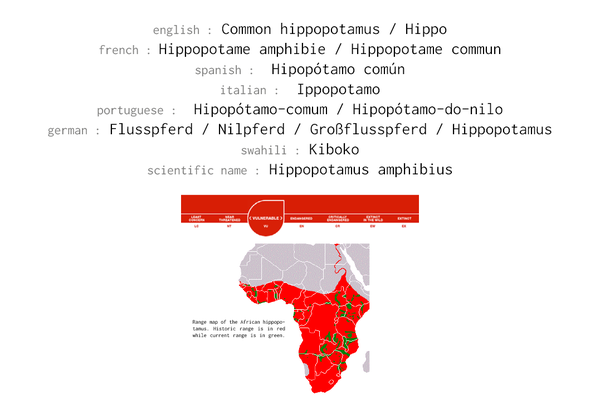 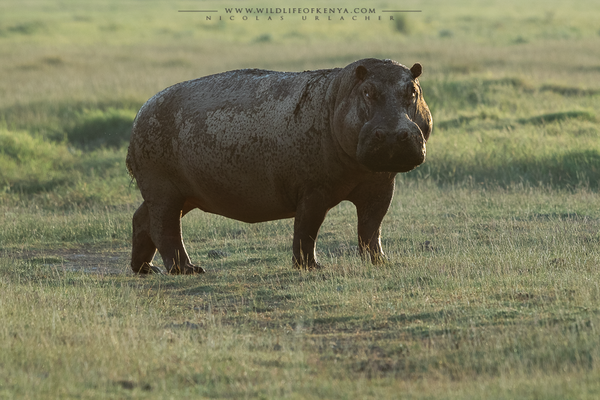 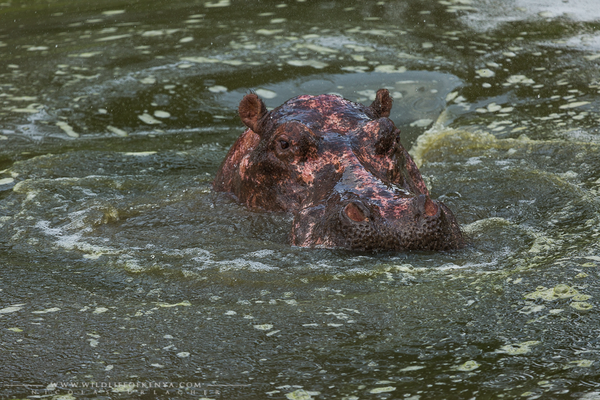 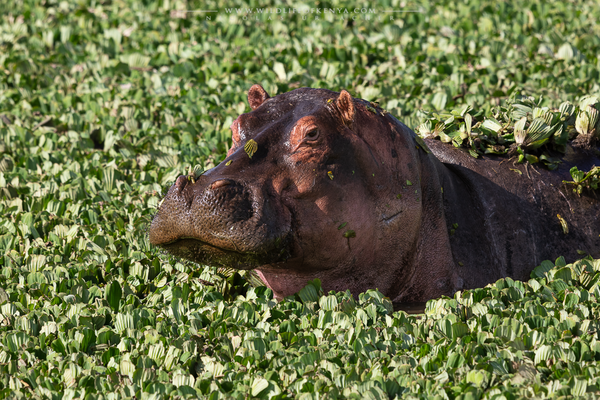 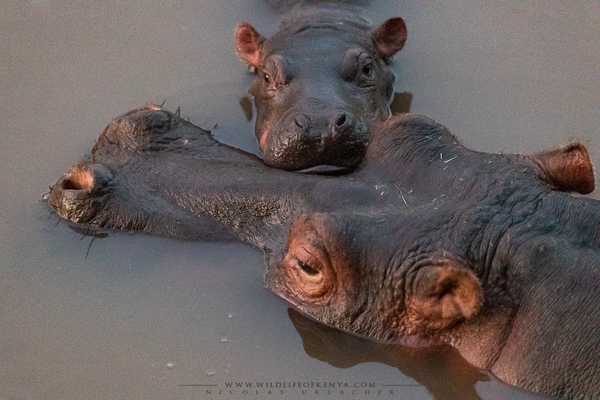 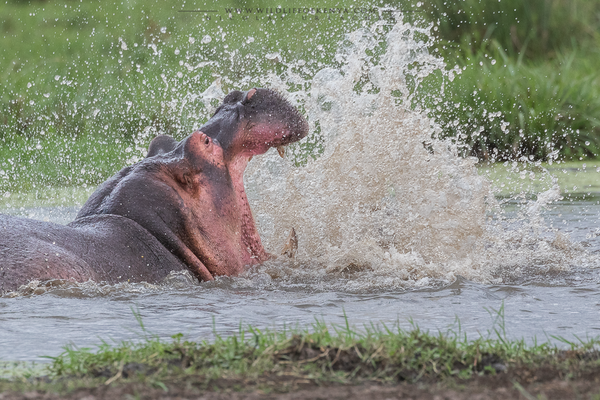 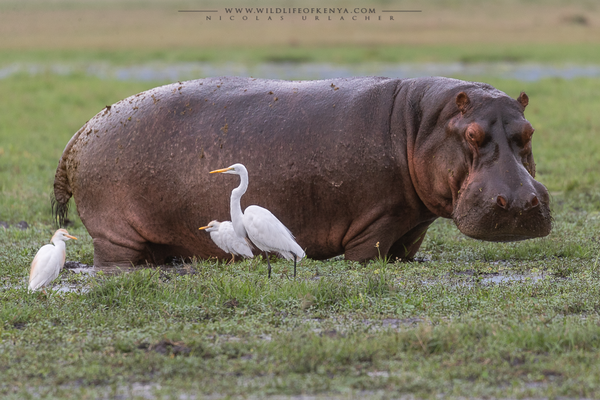 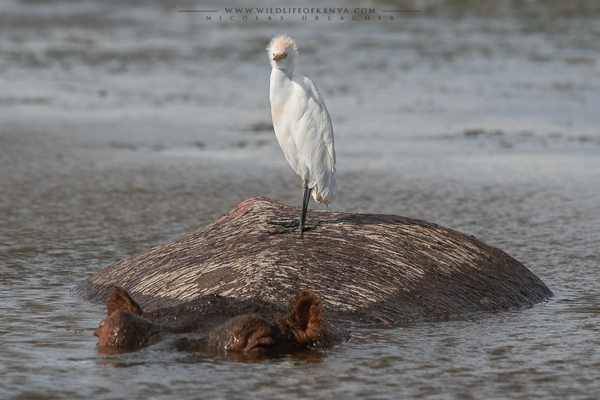 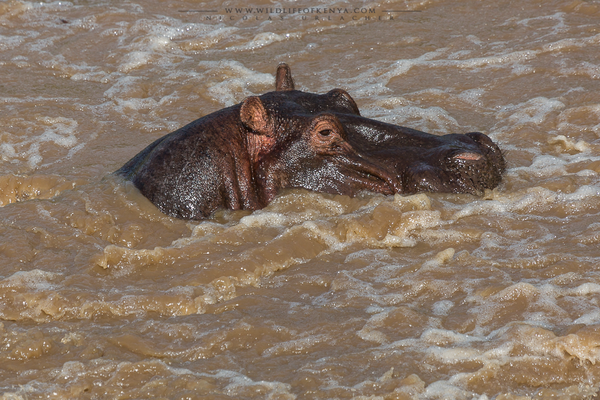 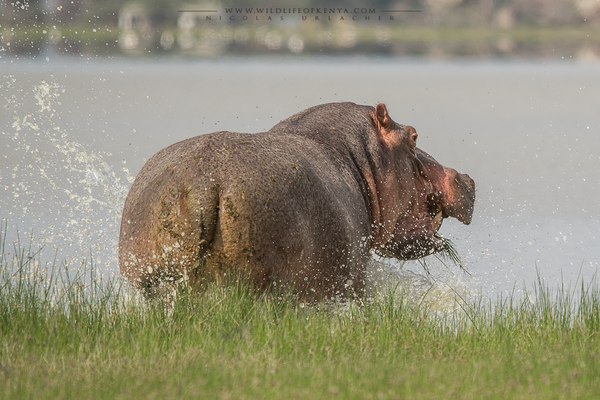 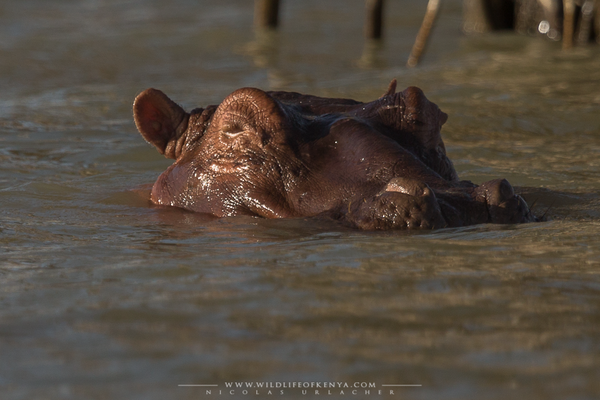 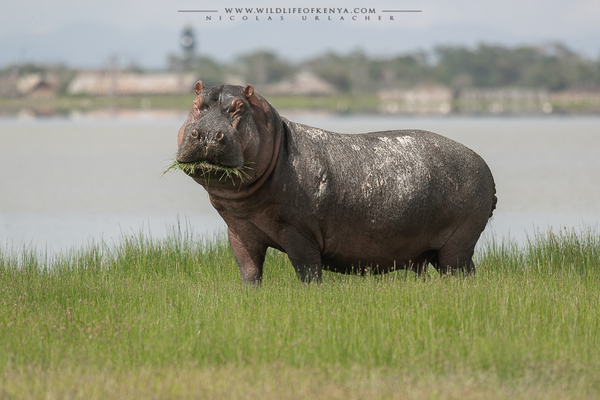 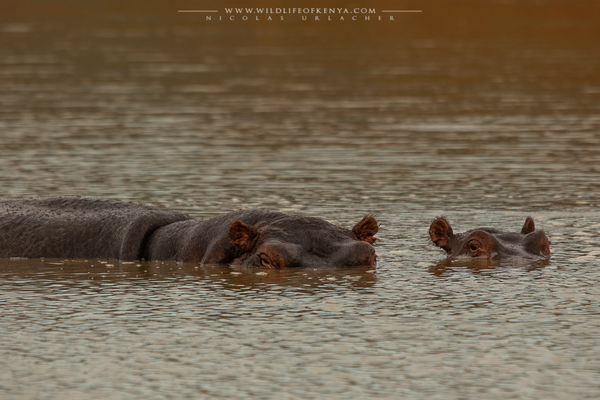 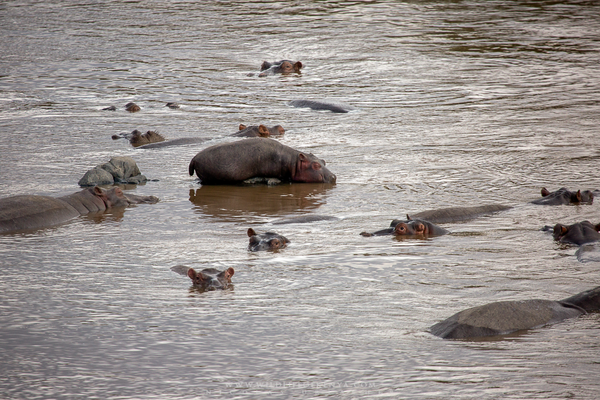 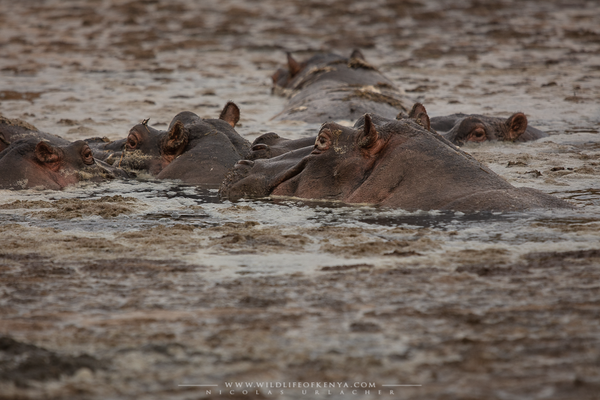 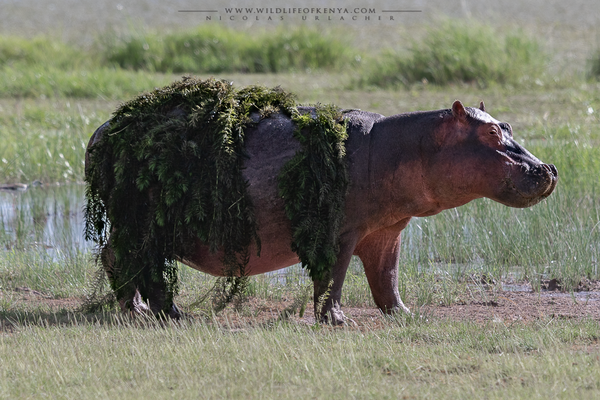 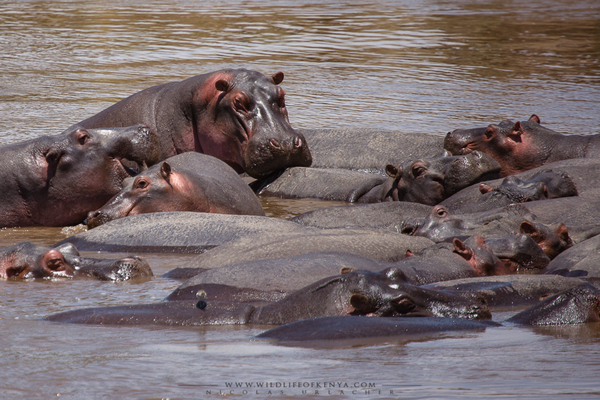 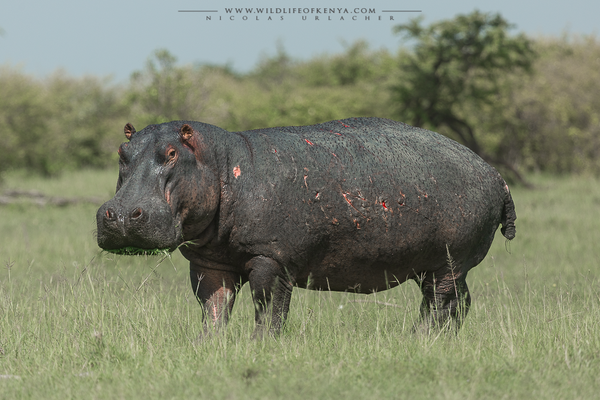 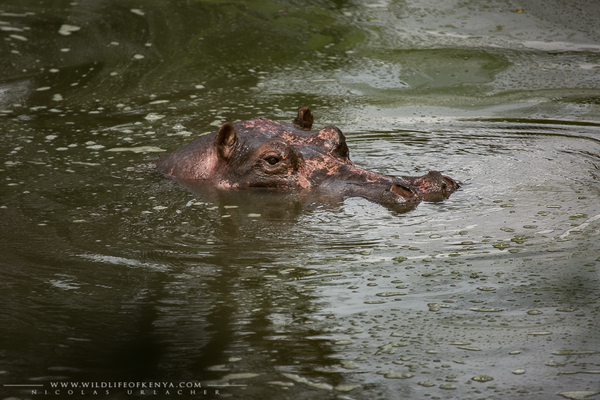 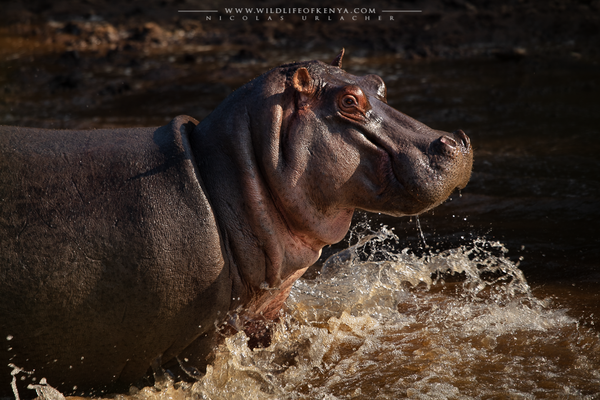 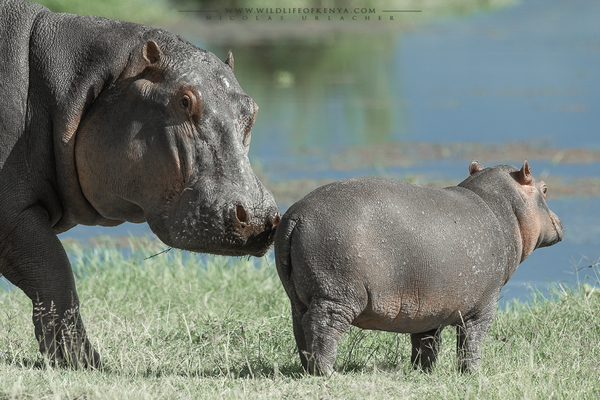 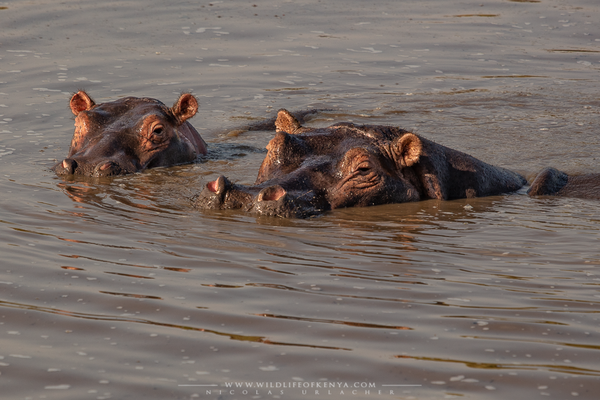 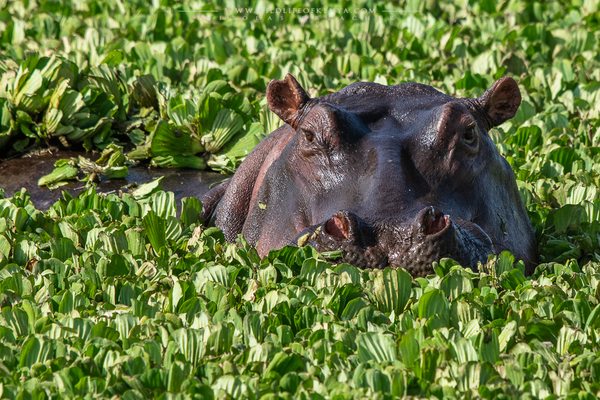 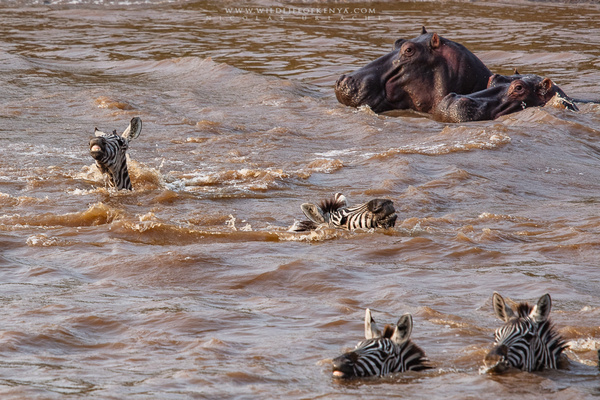 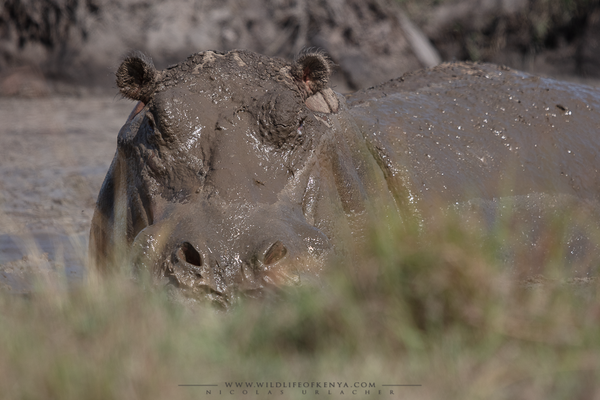 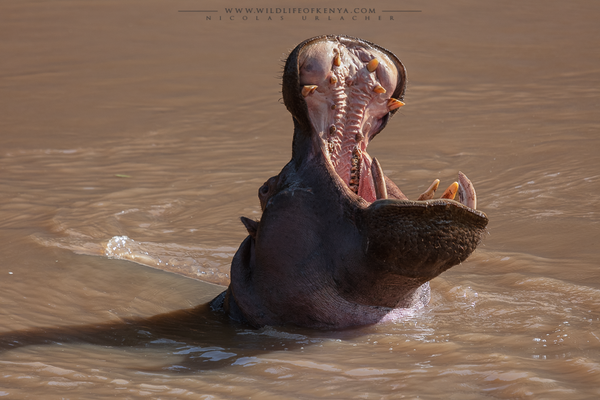 Hippos are the 3rd largest living land mammals. Males are usually 3,5 m long and can weigh up 3200 kg while females are 30% smaller.Their skin is 5 cm thick on the flanks but thinner elsewhere and nearly hairless.

They are herbivores and they spend the night out of the water grazing on grass (they can eat up to 60kg of grass daily) and can cover up to 10 km on land each night. They spend the days submerged into the water, resting and digesting.

Despite its stocky shape and short legs it is capable of running 30 km/h over short distances and that makes the hippo very dangerous for humans. It is considered one of the most agressive and  dangerous animals in Africa.

Hippos can't swim and run along the river bottom instead.

Their closest living relatives are whales, dolphins and porpoises from which they diverged about 55 million years ago.

An open mouth is not a yawn but a warning and they do it just when they are in the water because they are only territorial while in the water. They also honk and grunt to mark their territory.

Hippos have been classified "vulnerable" by IUCN and although recent censuses are not available, best estimates for Kenya put the hippo population at 6500 for the country.