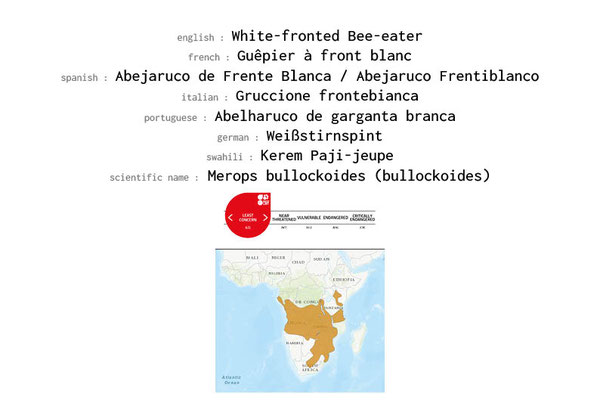 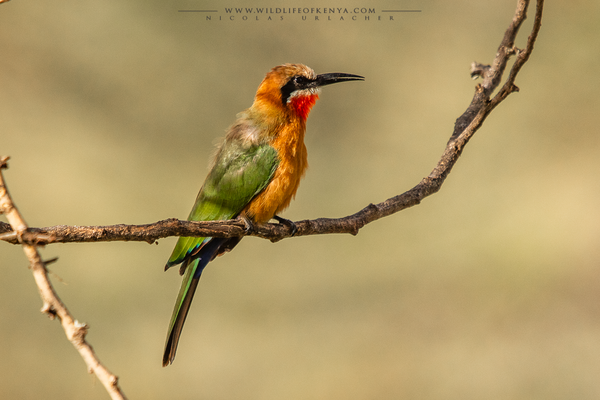 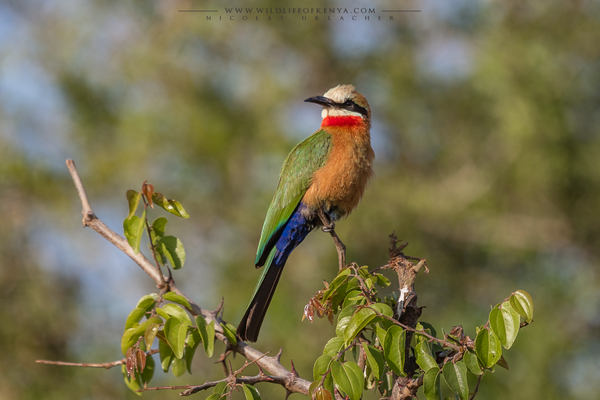 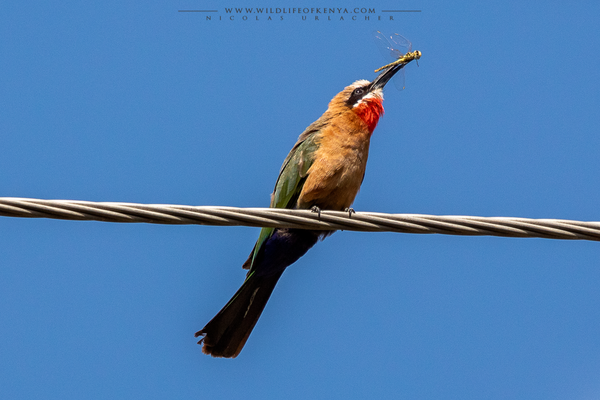 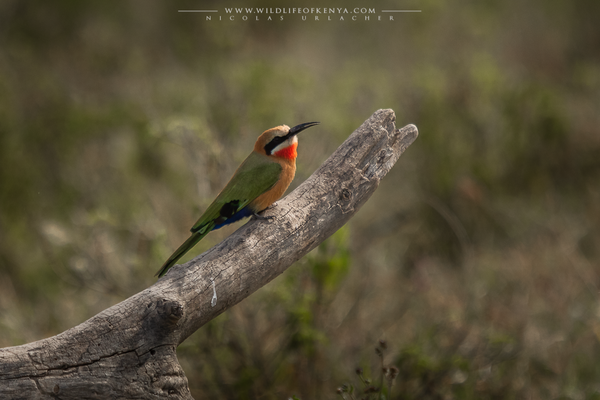 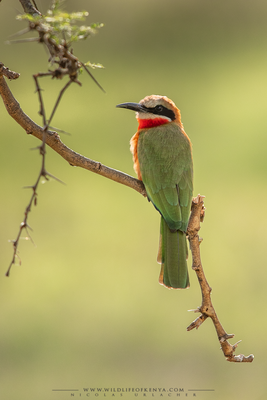 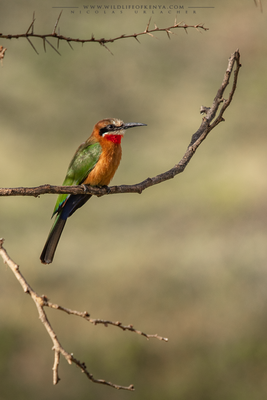 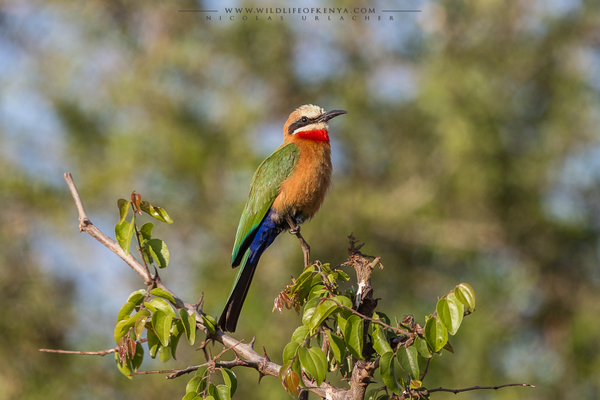 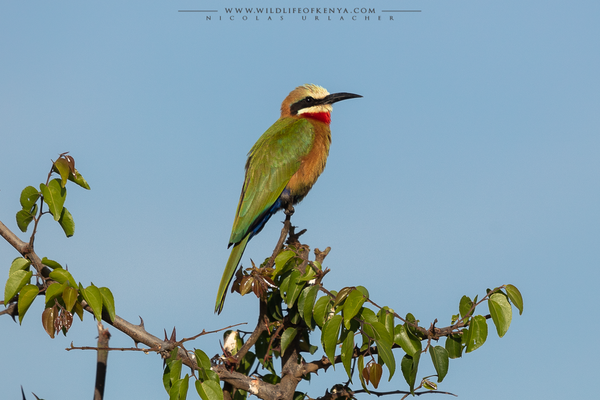 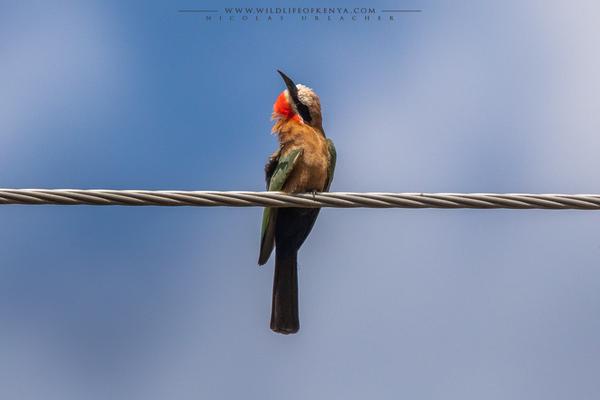 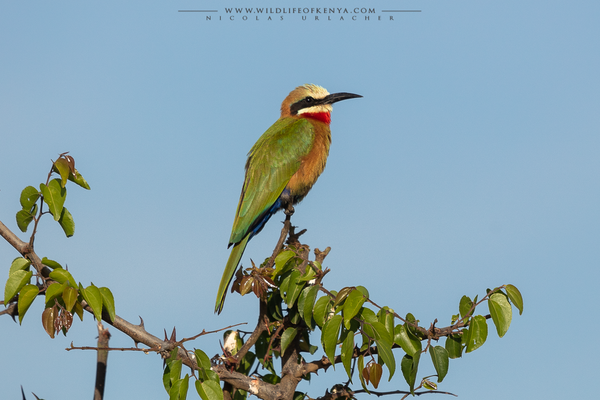 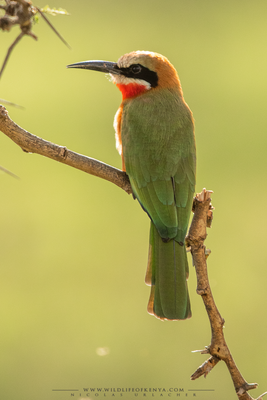 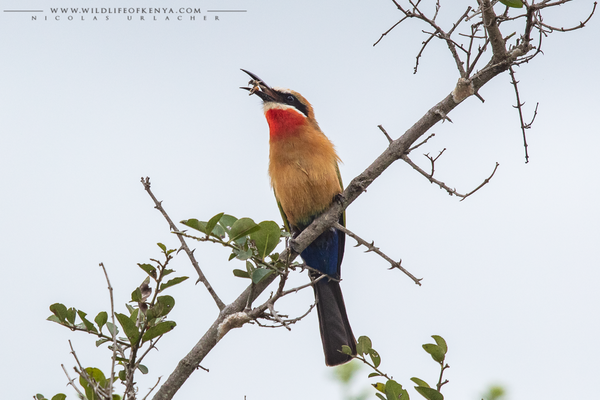 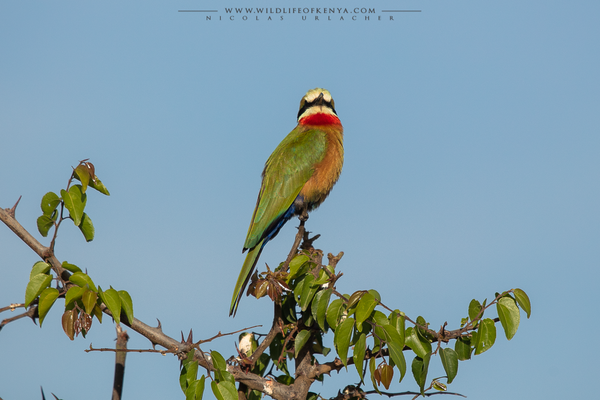 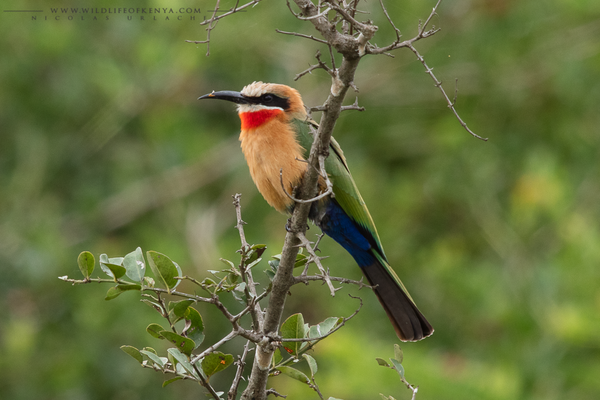 White-fronted bee-eaters are found in the vast savannah regions of sub-equatorial Africa. The habitat commonly consists of open country, often near gullies, because this is the region that their food (bees) lives.

White-fronted bee-eaters nest in colonies averaging 200 individuals, digging roosting and nesting holes in cliffs or banks of earth. A population of bee-eaters may range across many square kilometres of savannah, but will come to the same colony to roost, socialize, and to breed. White-fronted bee-eaters have one of the most complex family-based social systems found in birds.

Colonies comprise socially monogamous, extended family groups with overlapping generations, known as "clans", which exhibit cooperative breeding. Non-breeding individuals become helpers to relatives and assist to raise their brood. In white-fronted bee-eaters, this helping behavior is particularly well developed with helpers assisting in half of all nesting attempts. These helpers may contribute to all aspects of the reproductive attempt, from digging the roosting or nesting chamber, to allofeeding the female, incubating and feeding the young; and have a large effect on increasing the number of young produced.

Only 50% of non-breeders in a colony typically become helpers, and whether or not an individual becomes a helper and to whom it provides aid is heavily dependent on the degree of kinship involved. Non-breeders are most likely to become helpers when breeding pairs are close genetic relatives. When faced with a choice of potential recipient nests, helpers preferentially help the breeding pair to whom they are most closely related, suggesting that this behaviour may serve to increase the helper's inclusive fitness.

Female white-fronted bee-eaters leaving their nesting burrows must avoid pursuit by unmated males who may force them to the ground and rape them. Furthermore, their unwelcome attentions are preferentially against females who are laying eggs and who thus might lay the eggs of their rapist rather than their mate.