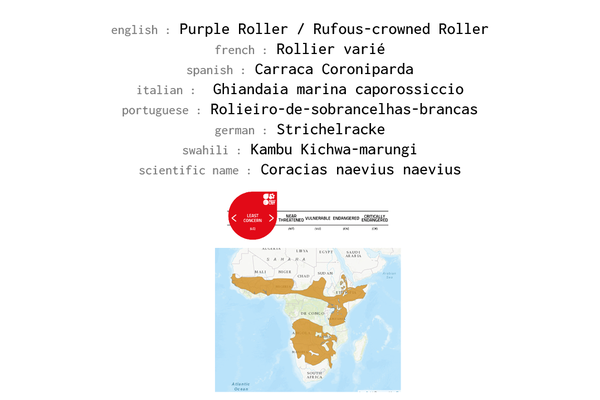 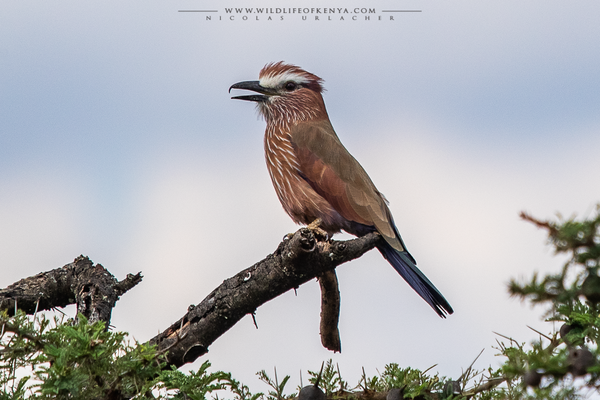 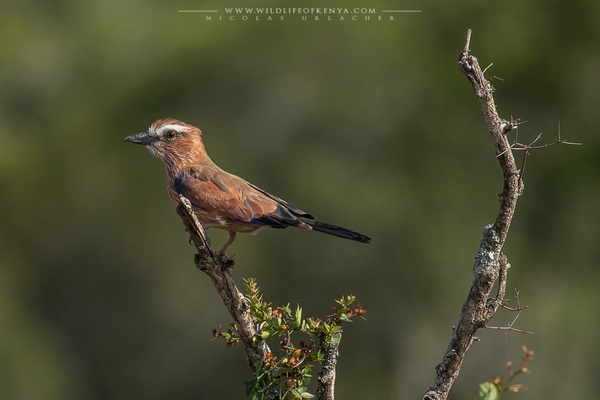 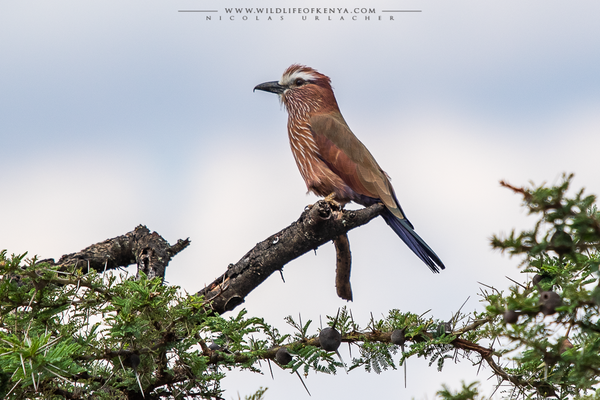 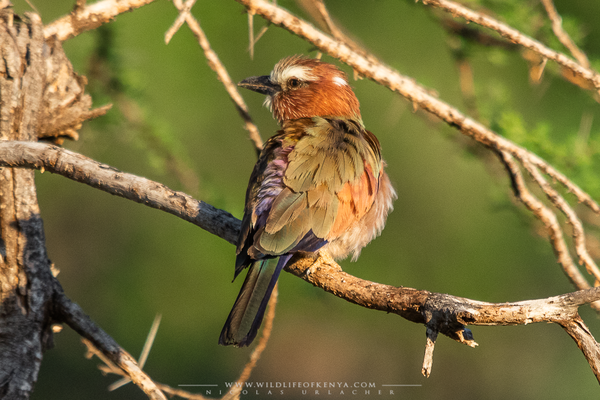 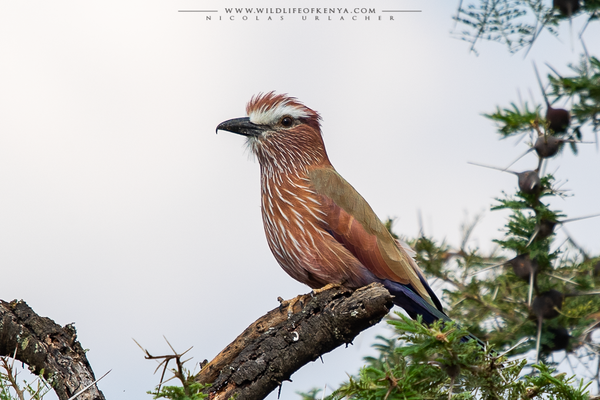 The Purple Roller, also called the Rufous-crowned Roller, is found over sub-Saharan Africa to as far south as Namibia and the Transvaal. Compared with other rollers its colours are rather dull and its voice rather harsh and grating. Its preferred habitat is dry thornveld where it spends long periods perched at the top of thorn trees or poles, watching for food items such as insects, spiders, scorpions and small lizards on the ground. It rocks to and fro about its longitudinal axis during display flights, calling raucously all the while.

This species seems to be an opportunist breeder, possibly linked to rains, as its breeding season varies from place to place. It nests in natural hollows in trees or uses old woodpecker holes, or in cliffs, riverbanks, pipes or holes in masonry, usually laying three white eggs. The young are fed and incubated by both parents.

They feed on lizards and invertebrates (inluding insects), and may also eat small birds.