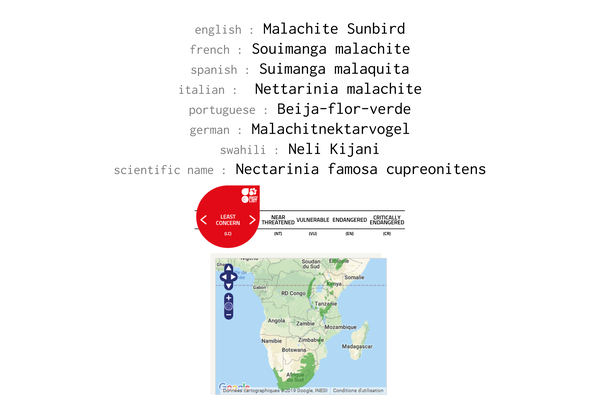 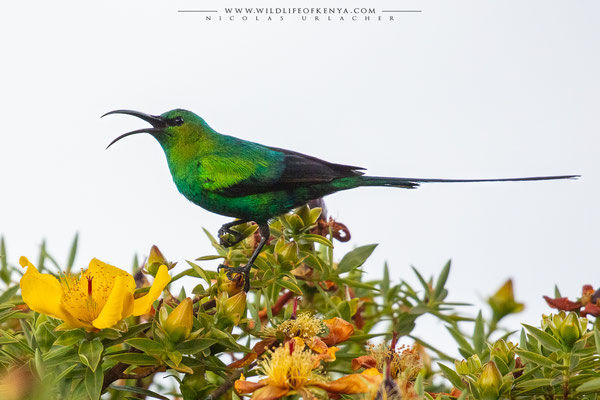 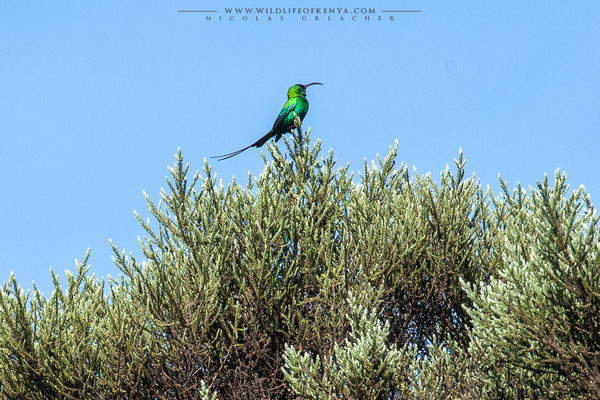 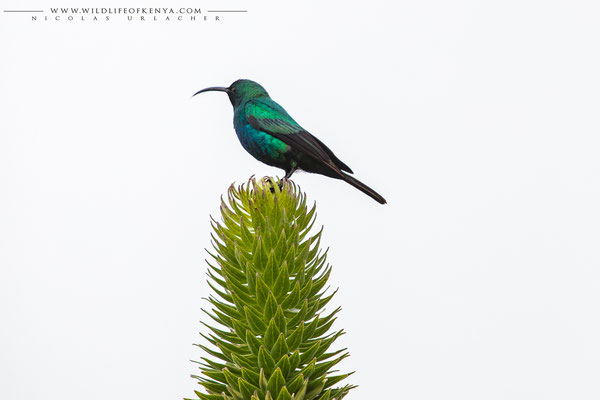 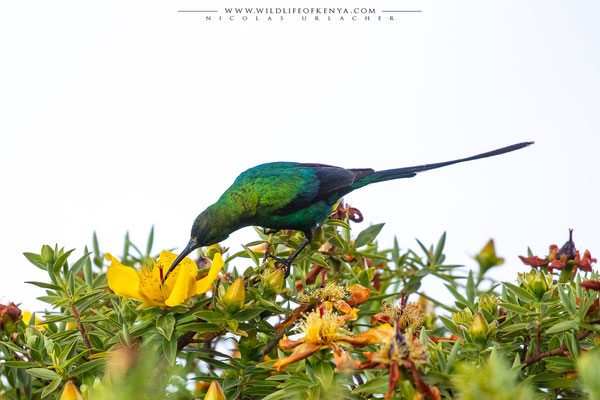 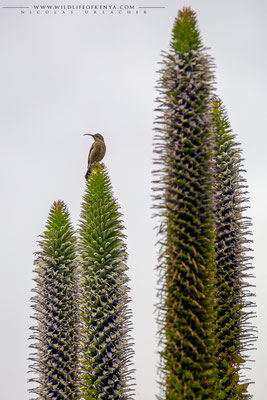 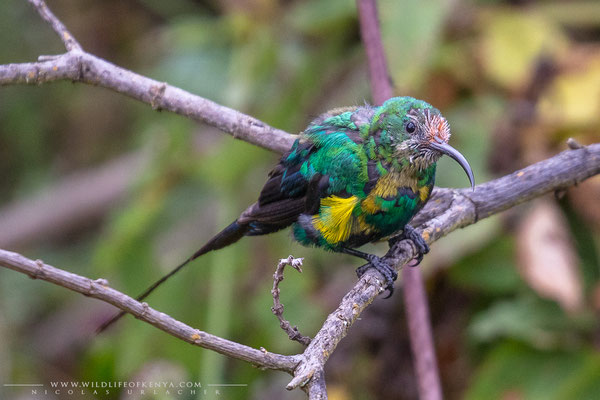 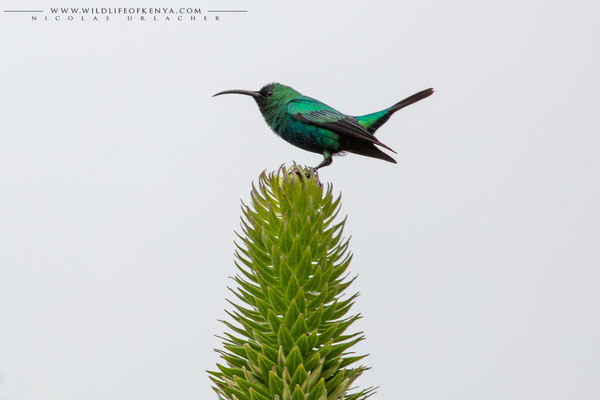 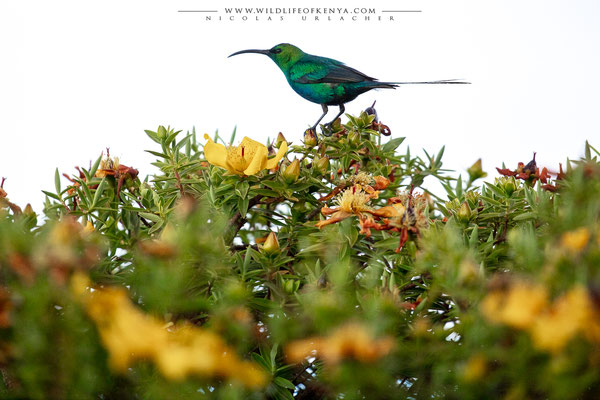 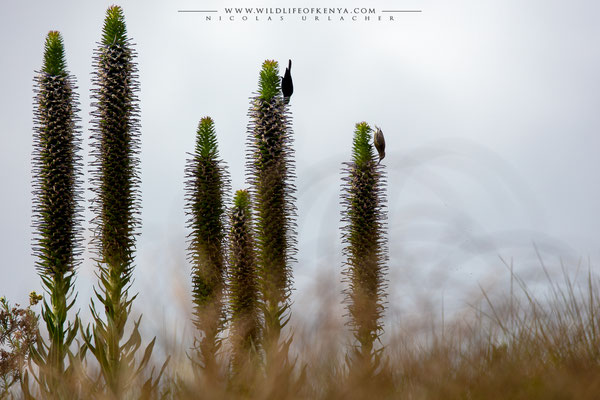 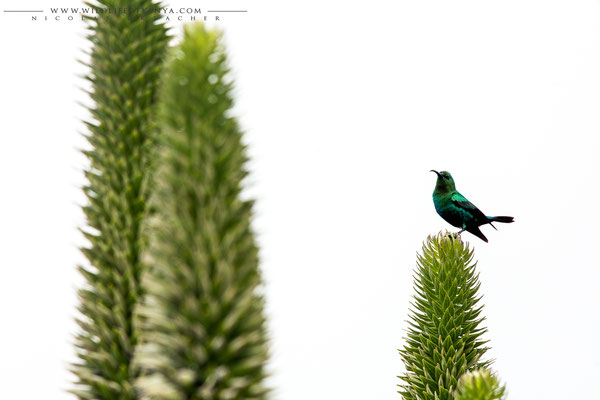 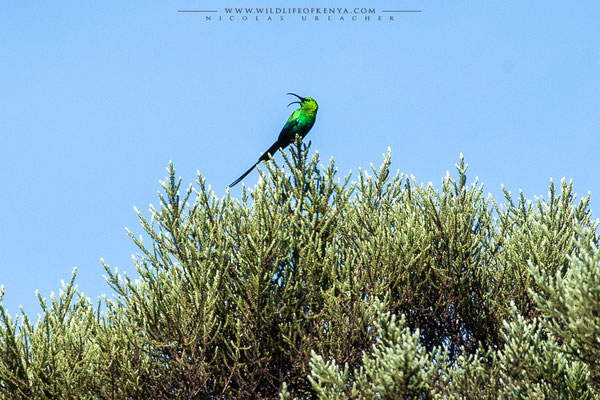 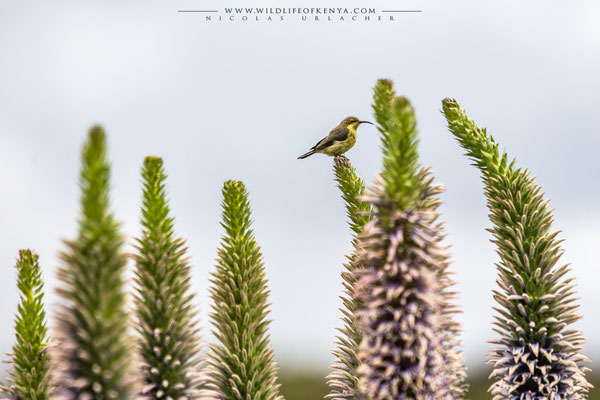 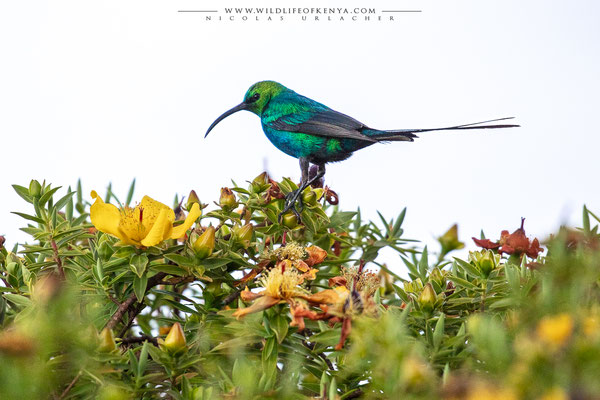 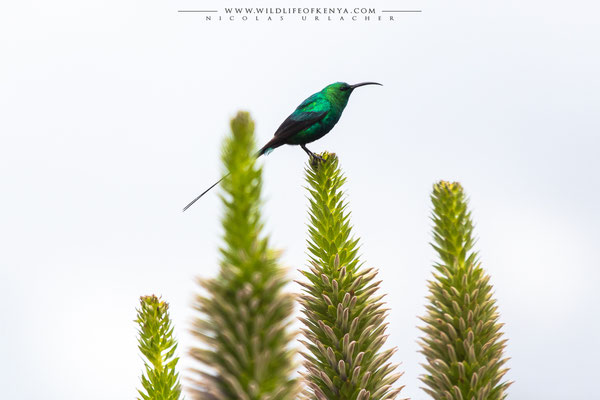 Nectarinia famosa cupreonitens is found in Ethiopia and southeastern South Sudan, eastern Democratic Republic of the Congo, Uganda, Kenya, Rwanda, Burundi, Tanzania, and northern MalawiThe Malachite Sunbird likes open habitats, scrubby moorland and forest edges. It also frequents alpine meadows, scrub and gardens. This species can occur at high elevation up to 3000 m in Kenya.This bird is able to manage the cold temperatures at high altitudes. The Malachite Sunbird can fly long distances and it reaches speeds of more than 50km/hour. It performs agile and beautiful flight displays.

The Malachite Sunbird feeds primarily on nectar and insects. It takes the food from several plant species such as Lobelia and Aloe, and also Kniphofia. But numerous other plants are visited. It also hawks insects from exposed perch. It feeds and forages alone or in pairs, or in loose groups of 30-40 birds. They are highly aggressive between them. They grip the intruder on the back from behind, and it can be forced to ground.During the fights between males, they grapple with the feet in mid-air, grasp their breasts and tumble to the ground. These fights are accompanied by screeching calls.

During the breeding season, they perform aerial displays, high flight followed by vertical dive towards the female, a zigzagging flight with held out wings at body level and with raised tail and head, and a moth-like flapping flight.The song is given with head held upwards and half-spread dropped wings, with vibrating body. The yellow pectoral tufts are displayed.

Another hypothesis talks about “Nocturnal Pectoral Tuft Display”. These bright patches are also displayed during the night while the bird is asleep. That could suggest that these bright feathers, similar to “eyes” in the darkness, could be able to keep off the predators.