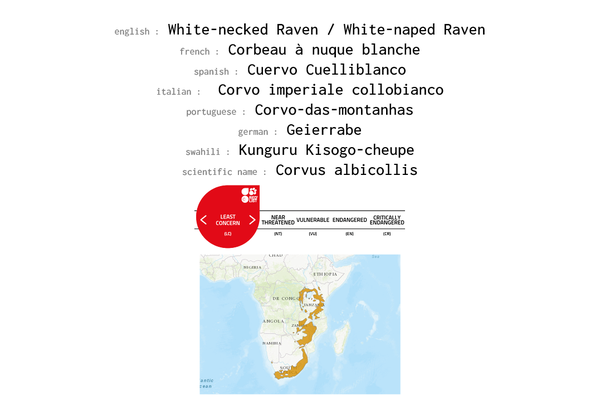 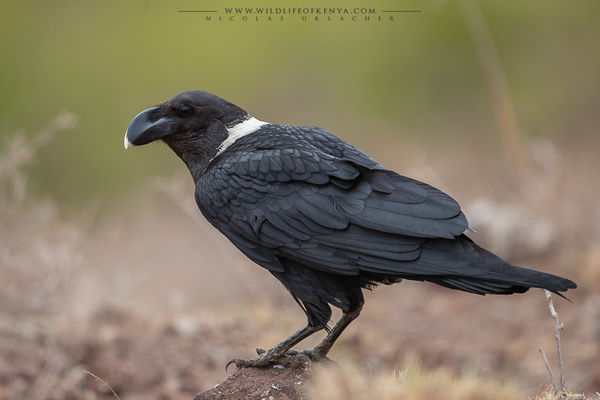 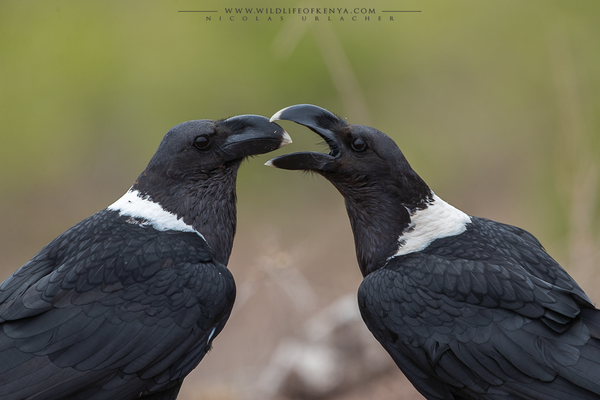 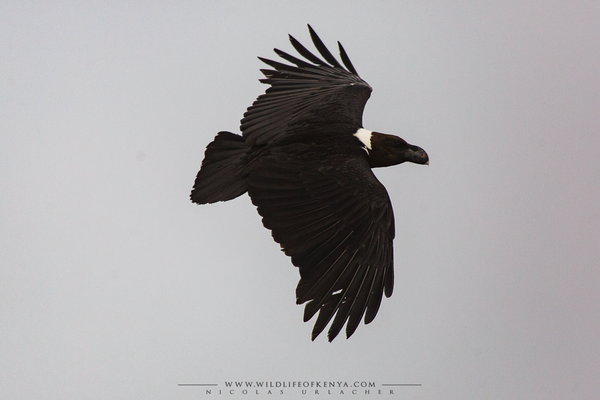 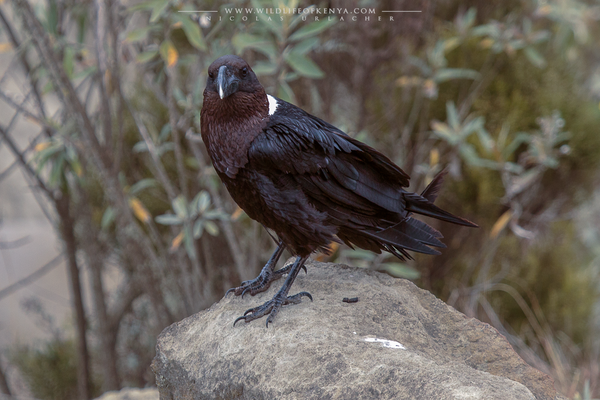 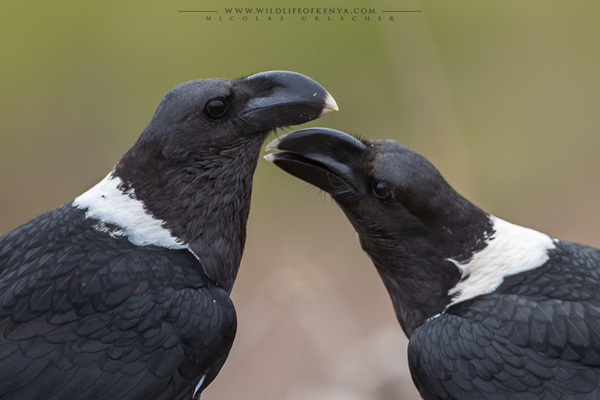 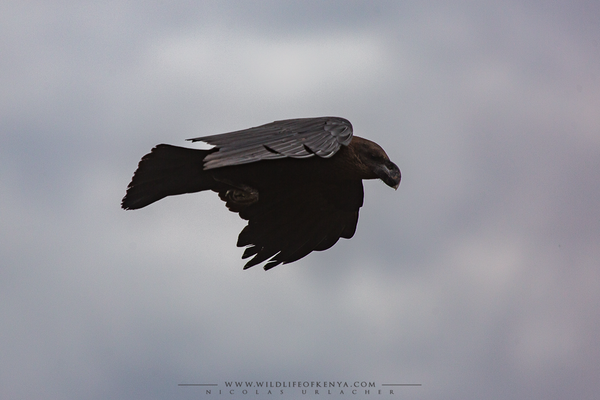 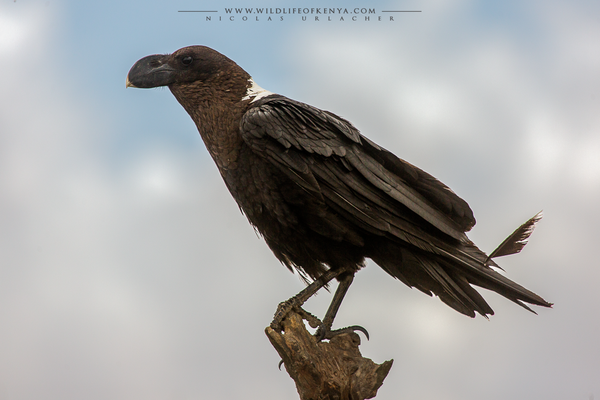 The white-necked raven (Corvus albicollis) is native to eastern and southern Africa. Typical, heavy-billed raven, but with the unusual addition of a white wedge on the back of the neck. Flight is powerful and heavy; sometimes soars. Found in a variety of habitats in rocky or mountainous country. Usually in pairs or small flocks; feeds by walking along the ground. Call is a rough “krrraw.” Larger than Pied Crow, with a heavier bill and much less white. Similar to Thick-billed Raven, but shorter-tailed, smaller-billed, and with a more extensive white patch on the neck.

It occurs in eastern and southern Africa in open, mountainous country. It is quite commonly found in small towns and villages as long as there are mountains or hills for roosting and nesting relatively nearby.

Most of this bird's food is obtained from the ground, but it will take food from trees as well. White-necked ravens will also readily take carrion from road kills. Fruit, grain, insects, small reptiles, peanuts and human food are also readily taken, and the bird forages in back yards and gardens quite openly. Like all or most raven species, White-necked ravens form flocks after leaving their parents and, once fully matured, will pair off and form territories. They are often found in the company of other scavengers such as kites or vultures.