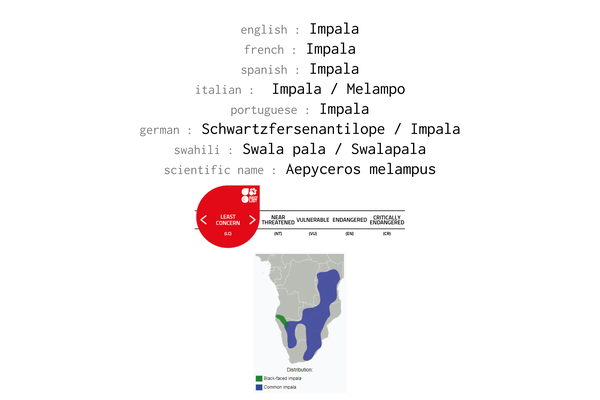 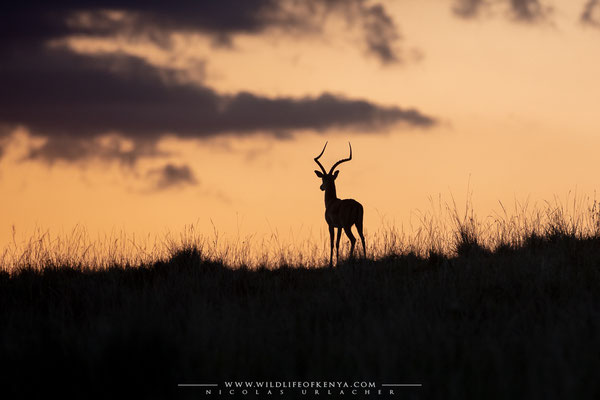 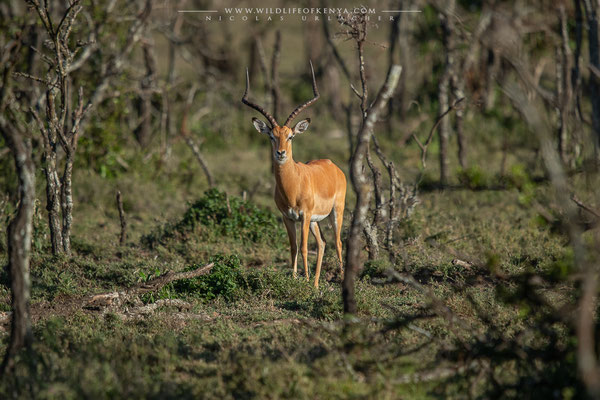 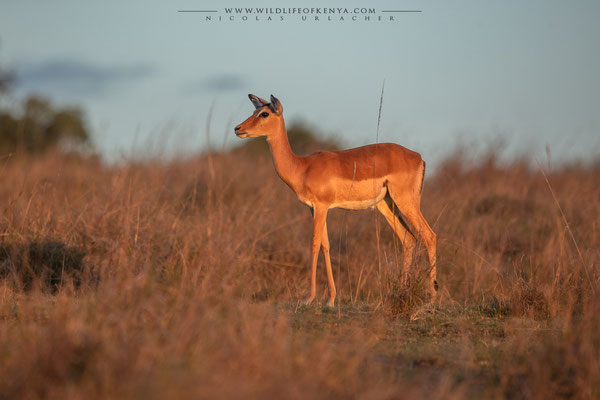 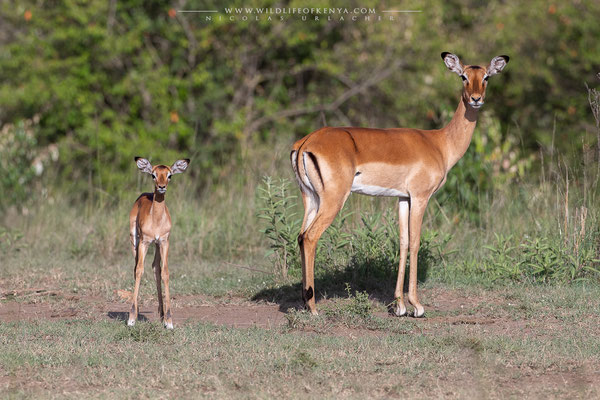 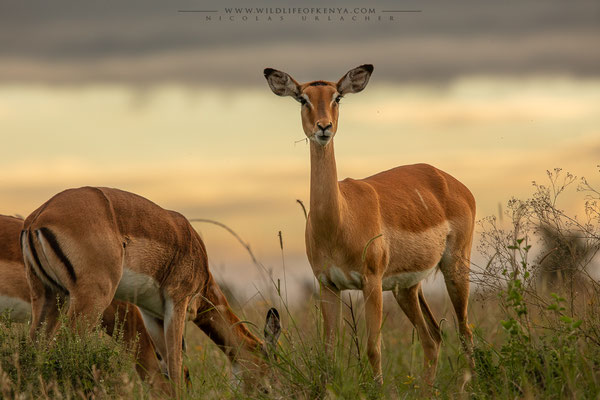 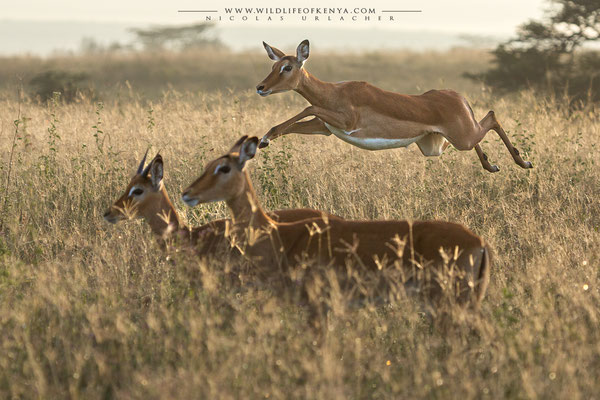 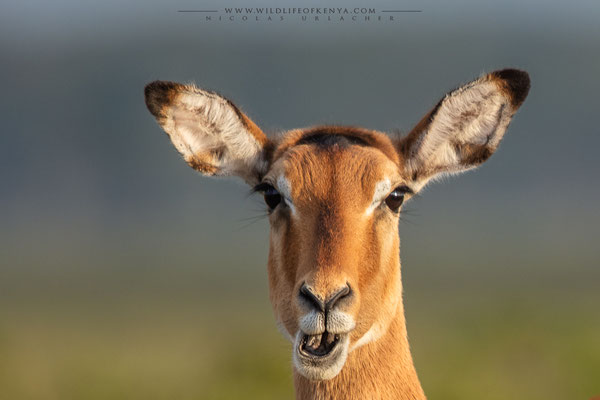 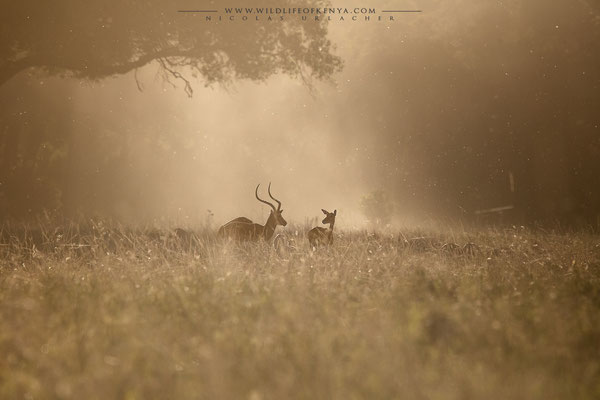 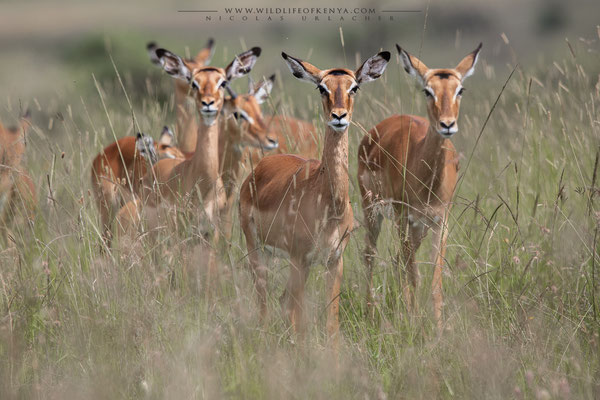 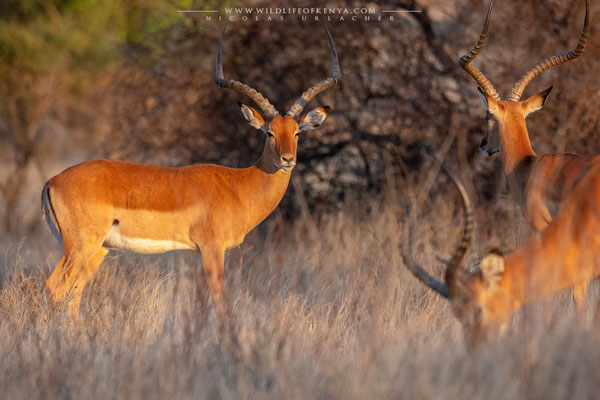 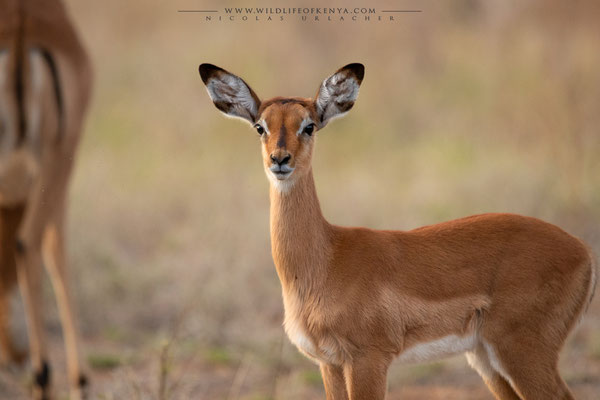 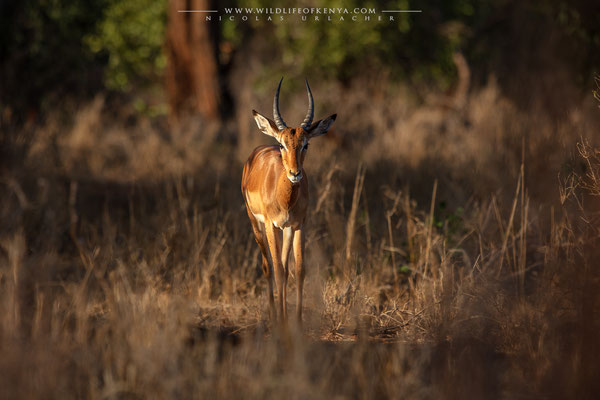 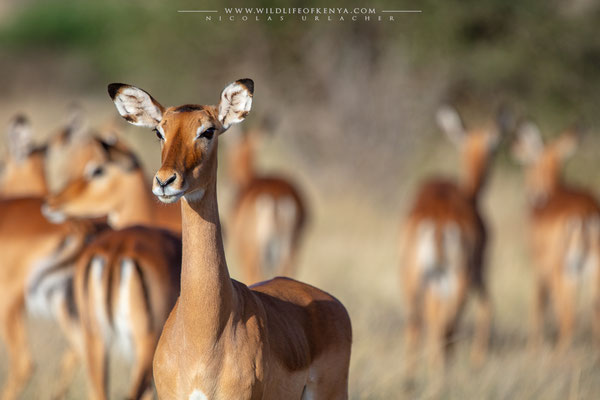 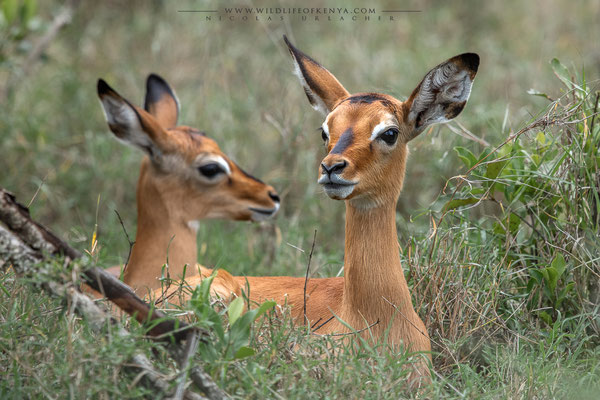 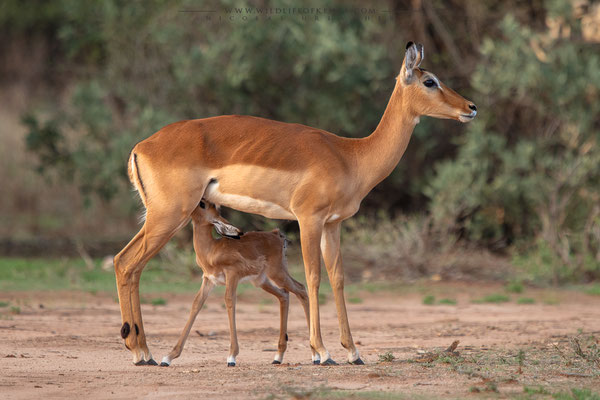 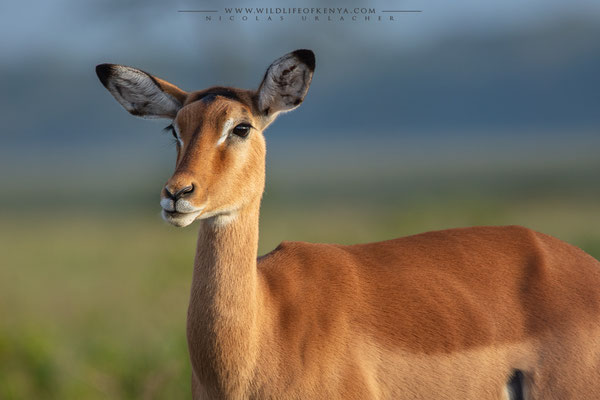 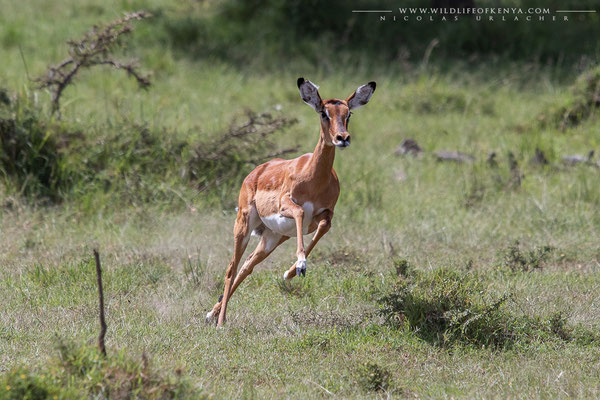 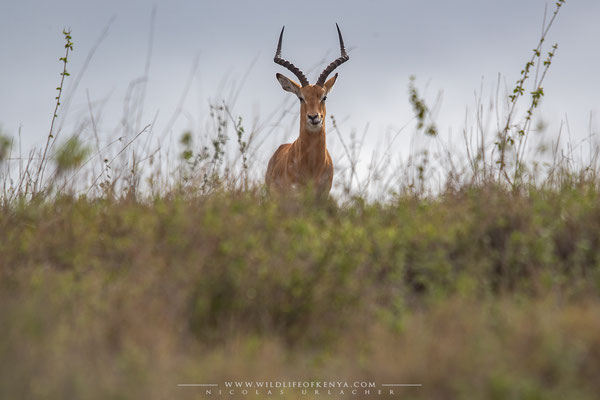 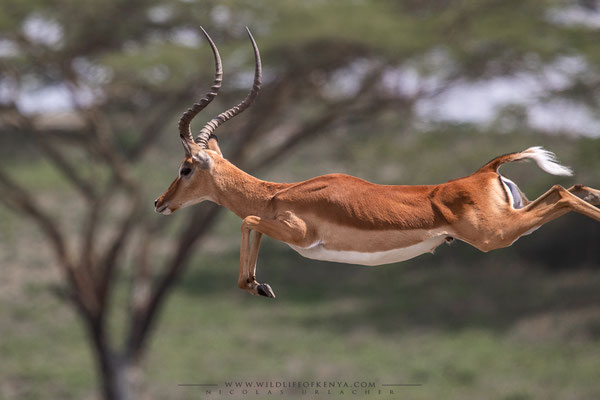 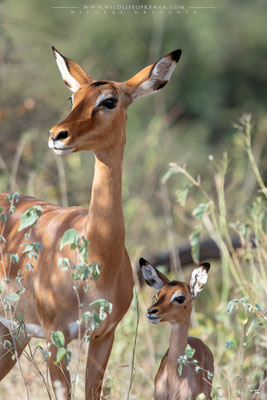 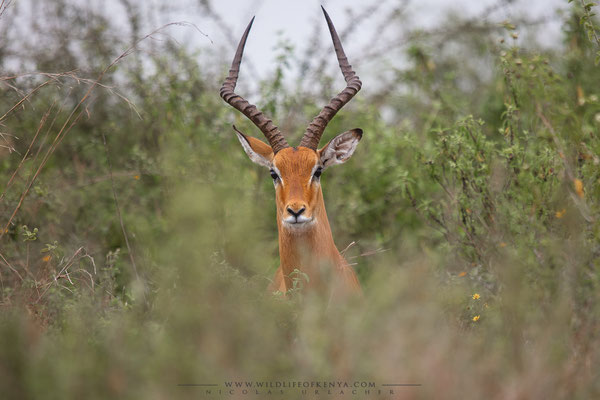 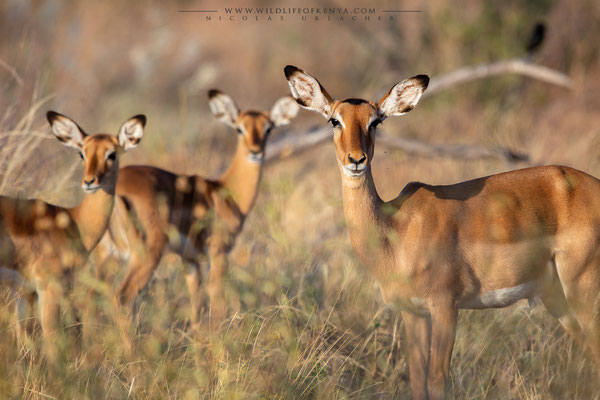 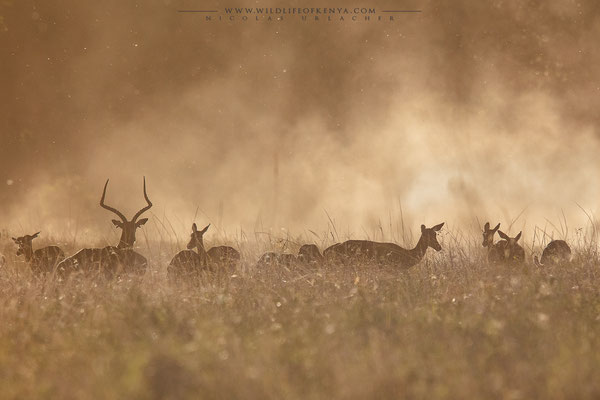 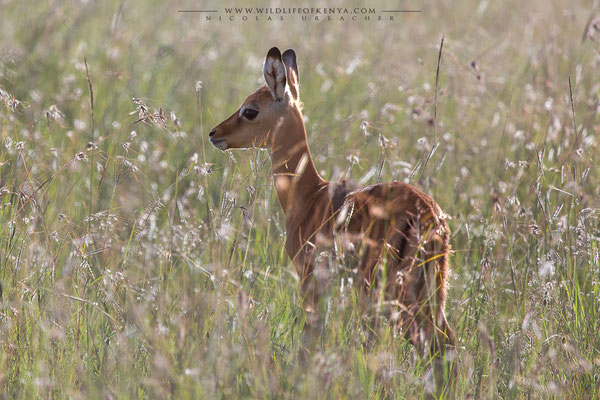 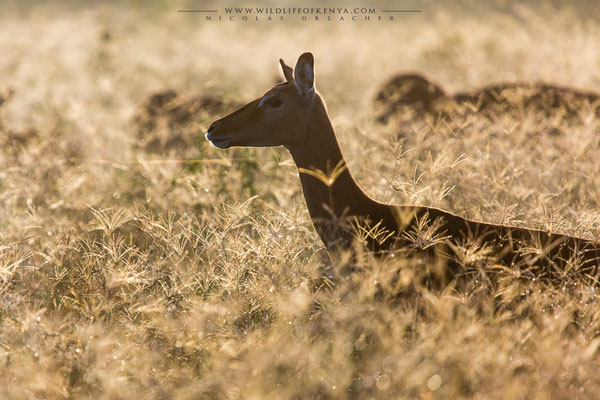 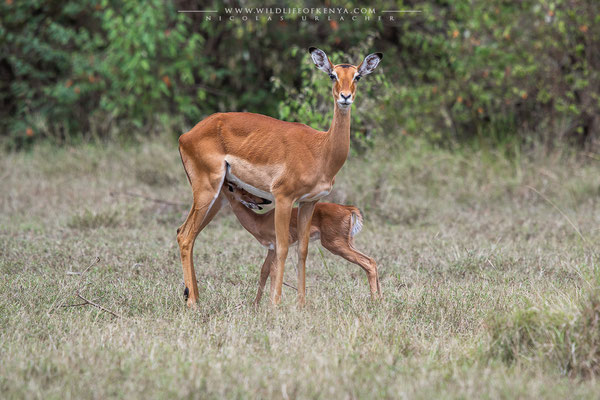 The impala is one of the most common and most graceful of all Africa’s antelopes. A slender, agile creature, it can clear formidable obstacles and run at speeds faster than 60km/h. They are fleet runners who can leap up to 10m in length and 3m in height. They use their tremendous speed and agility to avoid predation, and seemingly for pure enjoyment.

Three distinct social groups can be observed – the territorial males, bachelor herds and female herds. The territorial males hold territories where they may form harems of females; territories are demarcated with urine and faeces and defended against juvenile or male intruders. Bachelor herds tend to be small, with less than 30 members. Individuals maintain distances of 2.5–3 metres from one another; while young and old males may interact, middle-aged males generally avoid one another except to spar. Female herds tend to be loose and have no obvious leadership.

Allogrooming is an important means of social interaction in bachelor and female herds; in fact, the impala appears to be the only ungulate to display self-grooming as well as allogrooming. In allogrooming, females typically groom related impalas, while males associate with unrelated ones. Each partner grooms the other six to twelve times.

The most prominent vocalisation is the loud roar, delivered through one to three loud snorts with the mouth closed, followed by two to ten deep grunts with the mouth open and the chin and tail raised; a typical roar can be heard up to 2 kilometres away. Scent gland secretions identify a territorial male. Impalas are sedentary; adult and middle-aged males, in particular, can hold their territories for years.

Male impalas produce a scent from a gland on their foreheads to advertise their status to rivals. When he loses his rank, a male produces less scent. Males will fight for status and territory throughout the mating season, using their antlers as weapons. Most young impala are born around mid-day as this is the safest time to give birth since most of their enemies are resting. Half of newborn are killed by predators within the first few weeks of life.

Mothers can delay giving birth for a month if the weather conditions are harsh, such as during the wet season. The sex ratio among impala is weighed in favour of the female, with twice as many females born each year.