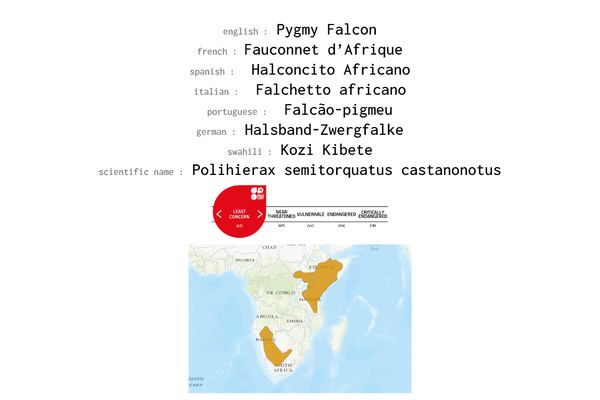 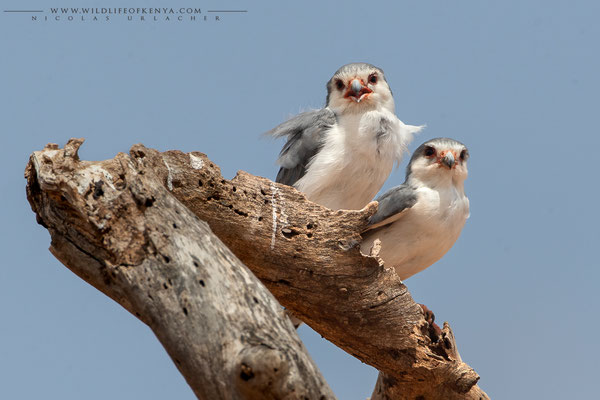 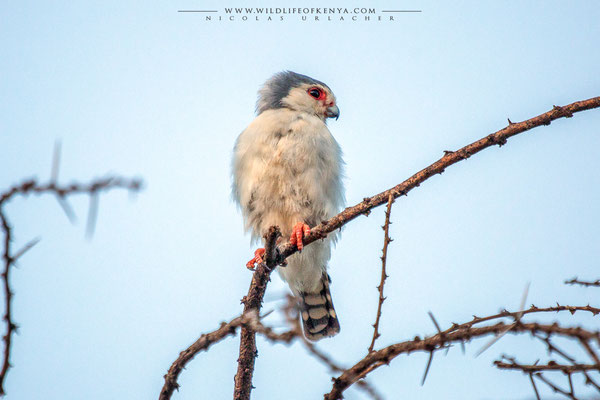 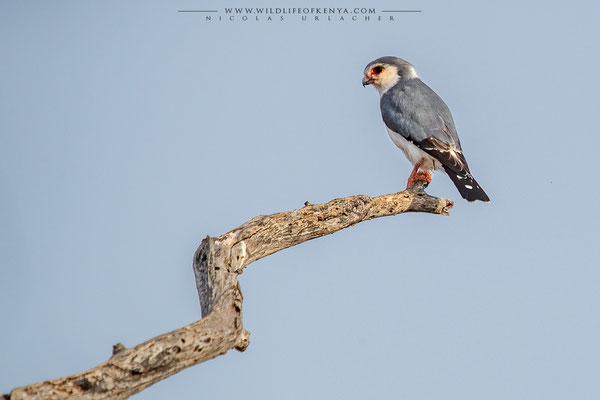 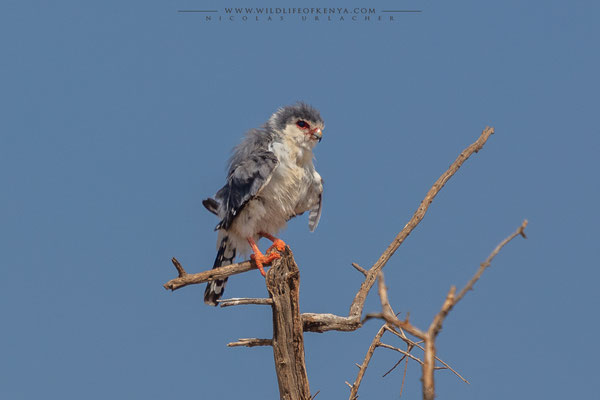 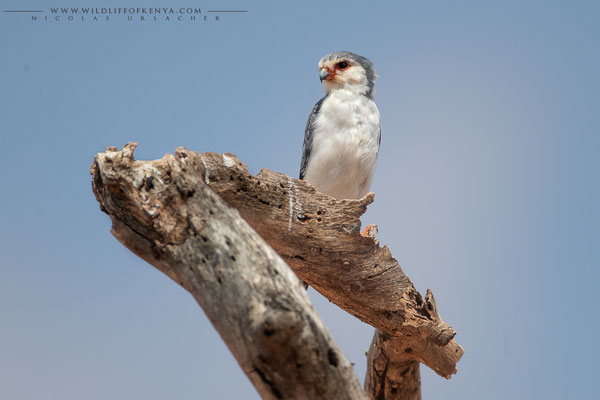 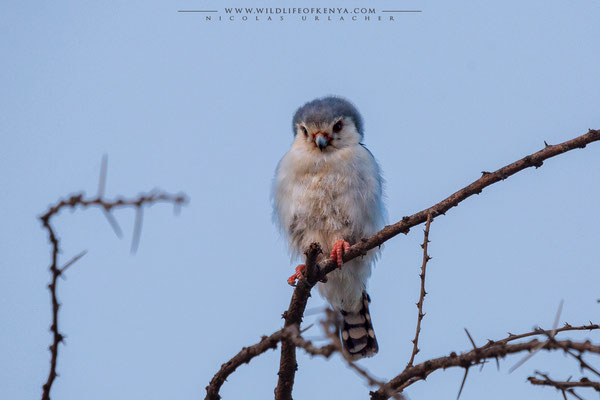 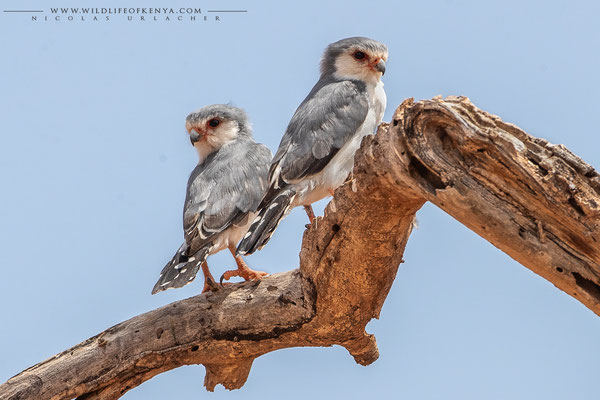 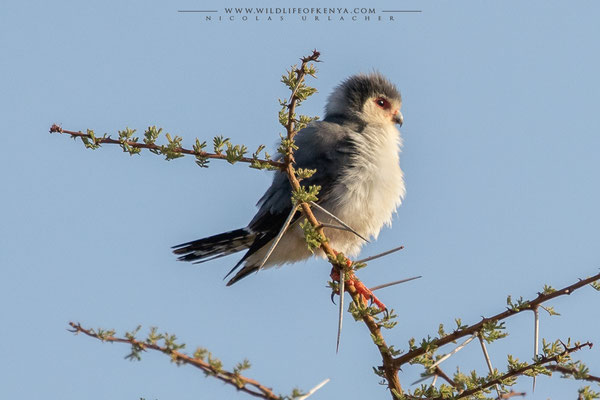 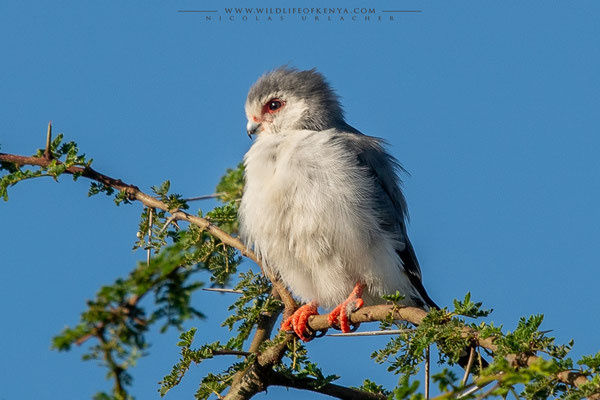 The pygmy falcon, or African pygmy falcon (Polihierax semitorquatus), is a falcon that lives in eastern and southern Africa and is the smallest raptor on the continent. As a small falcon, only 19 to 20 cm long, it preys on insects, small reptiles, and small mammals.

In Kenya, pygmy falcons nest in white-headed buffalo weaver nests, and the ranges of the two birds coincide. Despite being bird-eaters and bigger than sociable weavers, the pygmy falcons largely leave the latter alone, though they do occasionally catch and eat nestlings and even adults. Pygmy falcons provided one of the rare documented cases of intraspecific killing to acquire a new mate and territory.

Pygmy falcon territories are occasionally inhabited by groups, where there are more than two adults living together and tending nestlings. There are four potential reasons for this behaviour: defence, co-operative polyandry, delayed dispersal of offspring and cooperation, and thermoregulation (warmth). Corroboration for the last is that in winter African pygmy falcons nest further inside the nest of sociable weavers, where there is better insulation.