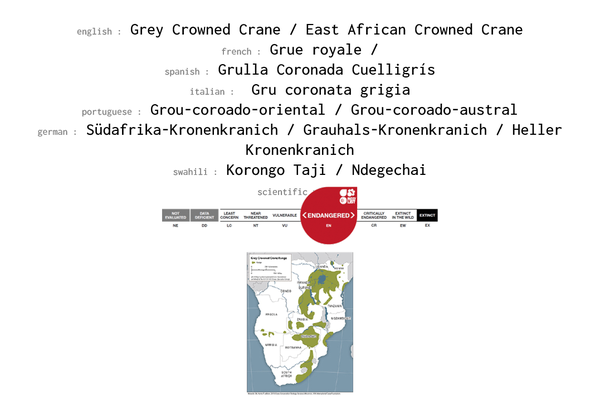 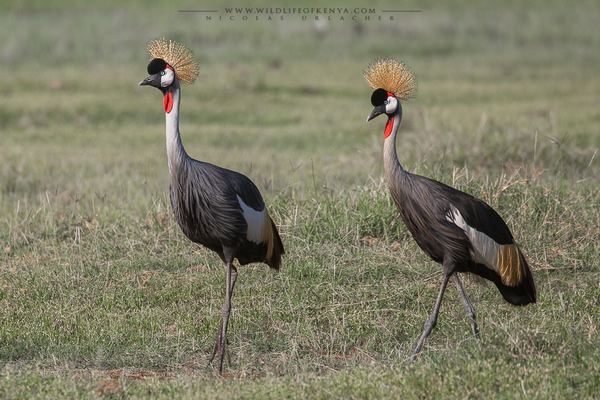 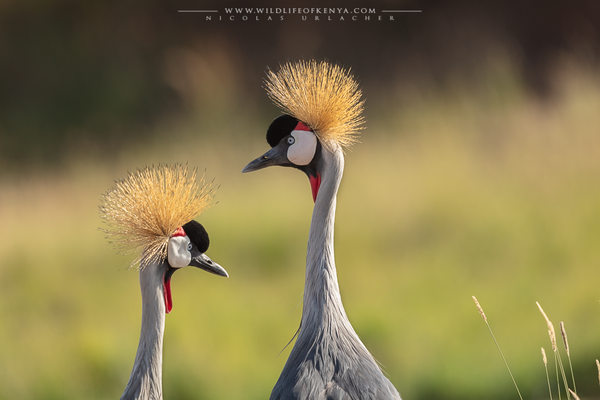 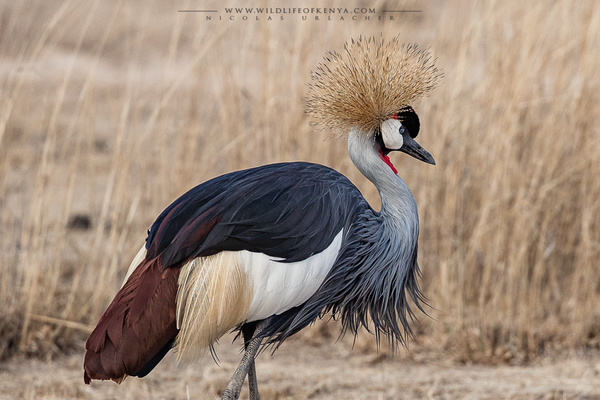 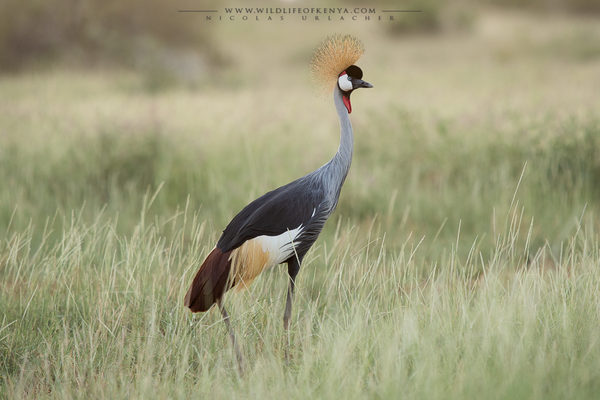 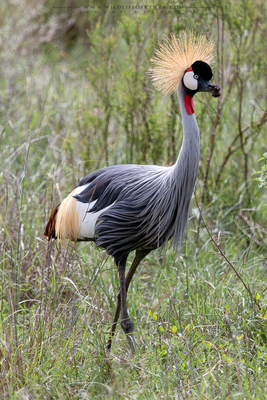 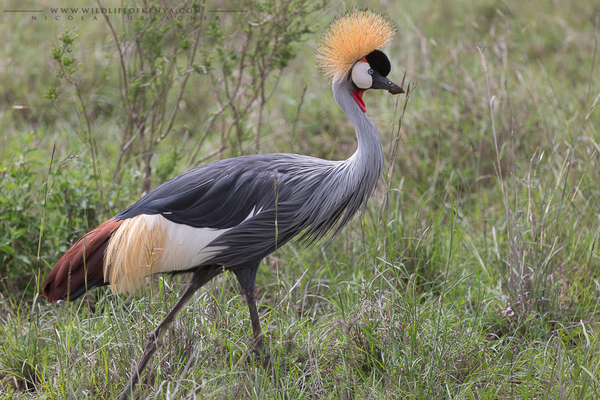 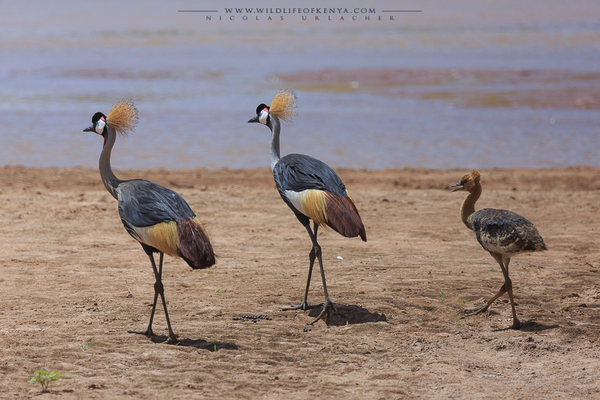 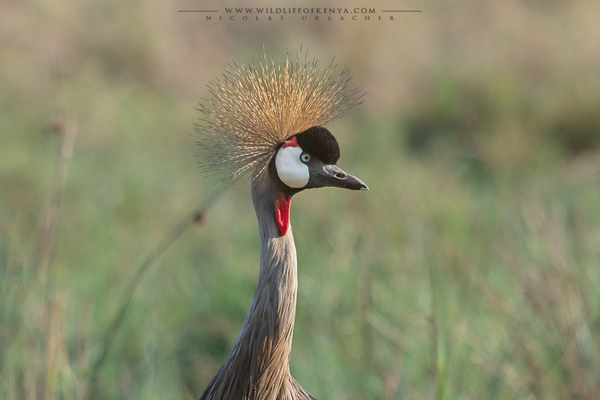 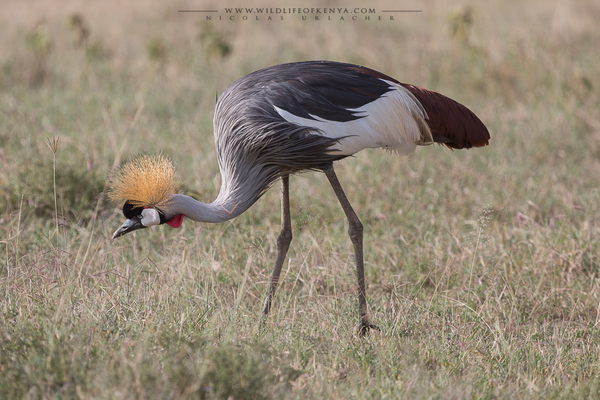 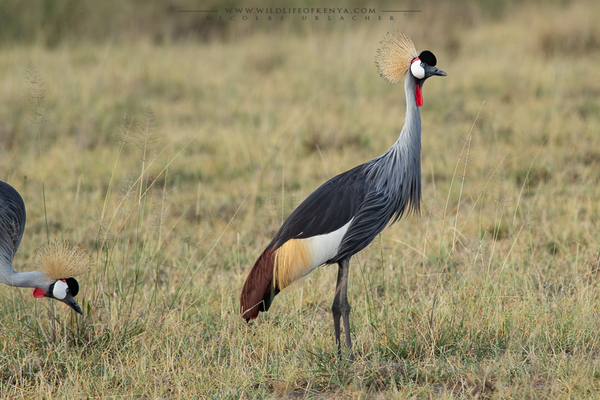 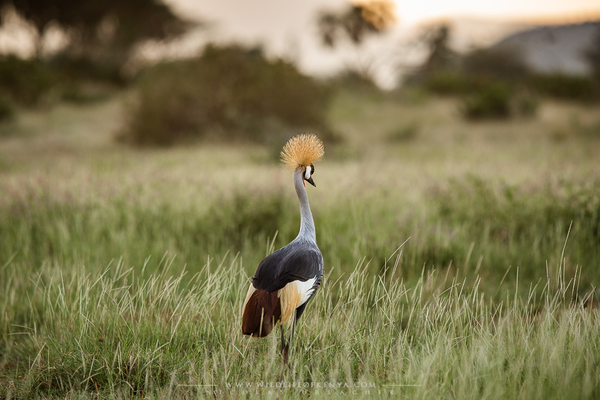 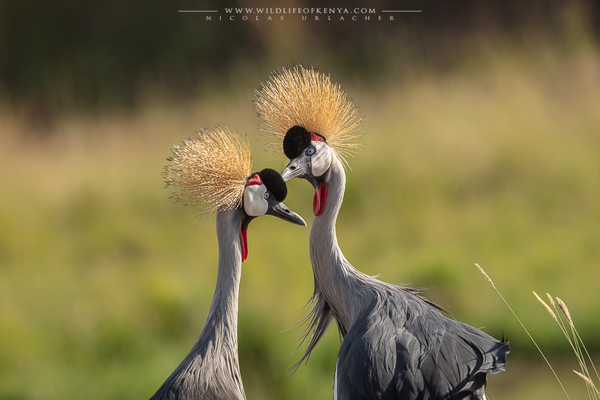 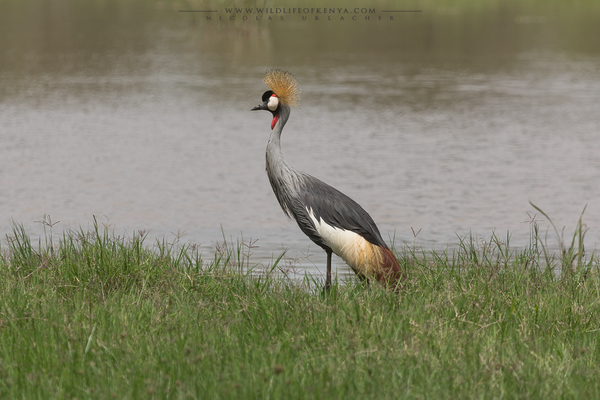 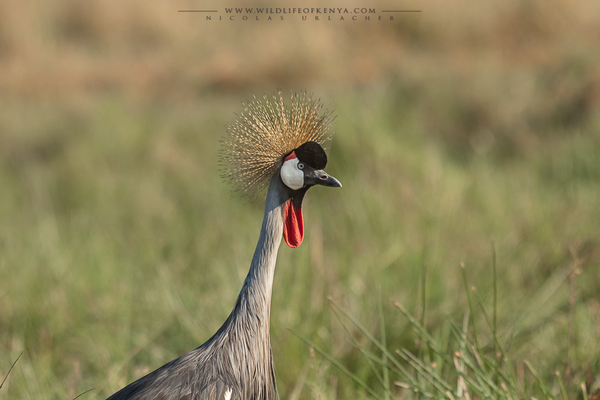 Crowned cranes are the only cranes that roost in trees. Due to this ability they can avoid most predators.

The grey crowned crane has a breeding display, involving dancing, bowing, and jumping. It has a booming call which involves inflation of the red gular sac. It also makes a honky sound quite different from the trumpeting of the other crane species. Both sexes dance, and immature birds join the adults. Dancing is an integral part of courtship, but also may be done at any time of the year.

Although the grey crowned crane remains common over some of its range and can be spotted easily in protected areas, it faces threats to its habitat due to drainage, overgrazing, and pesticide pollution. Their global population (from the eastern DRC, Uganda and Kenya to southeastern Africa) is estimated to be between 58,000 and 77,000 individuals. In 2012 it was uplisted from vulnerable to endangered by the IUCN.