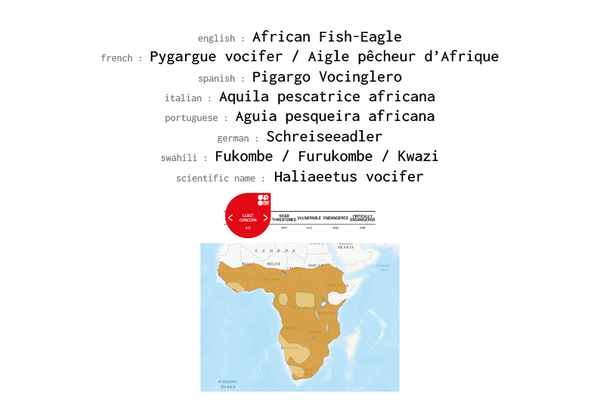 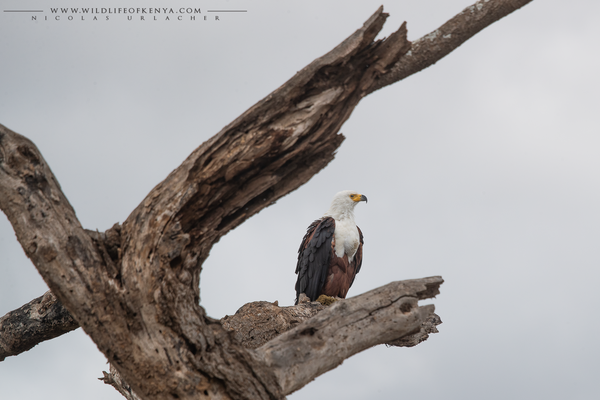 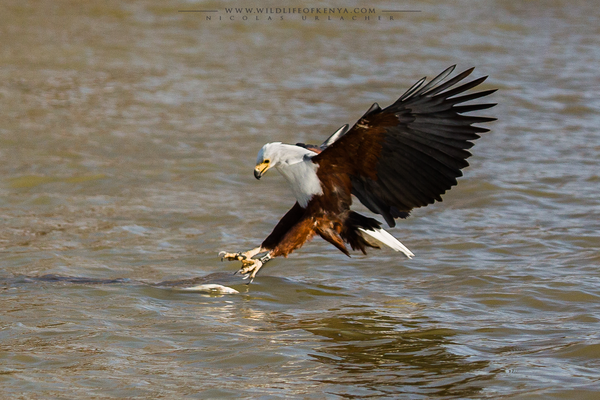 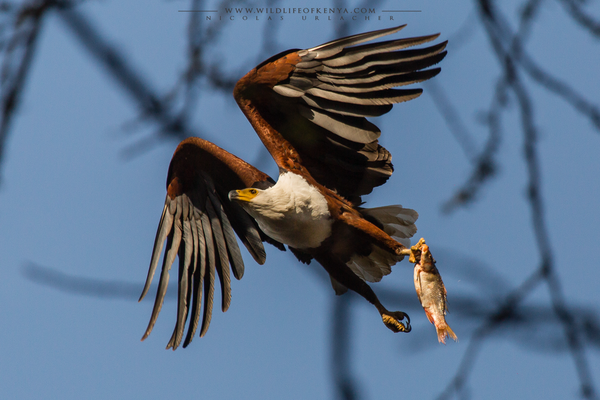 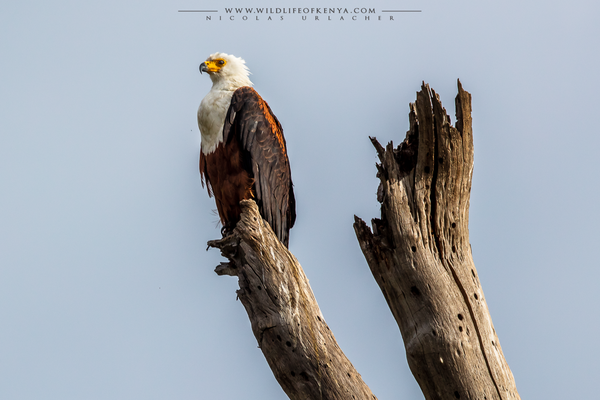 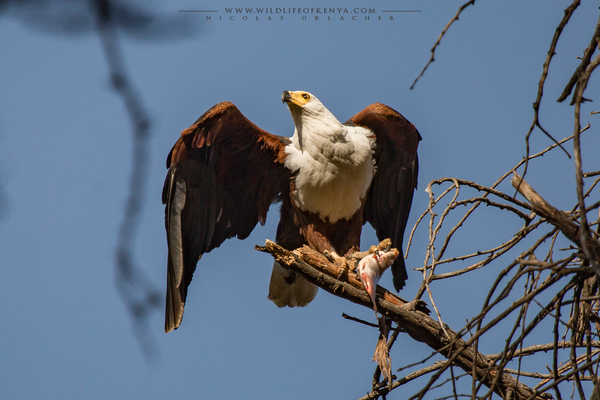 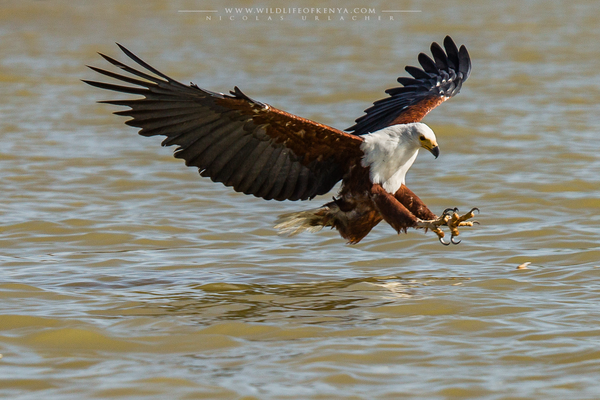 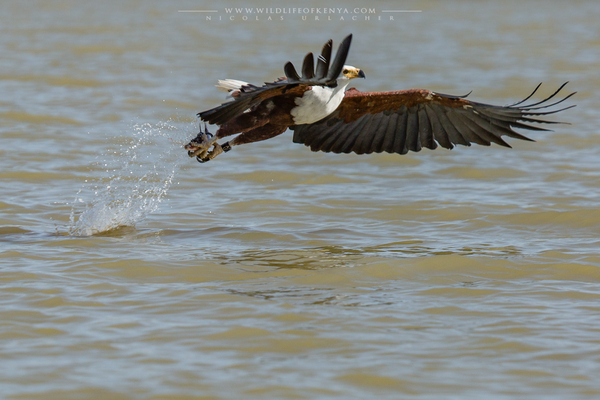 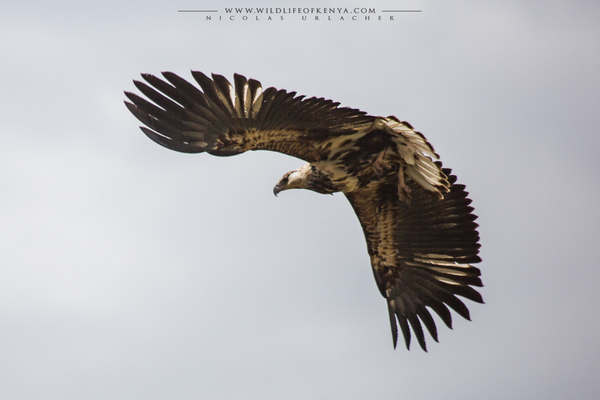 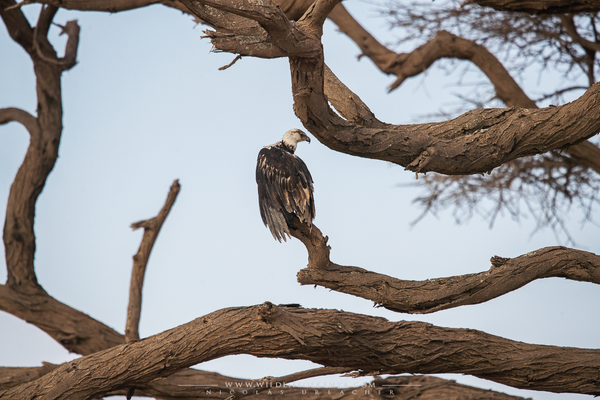 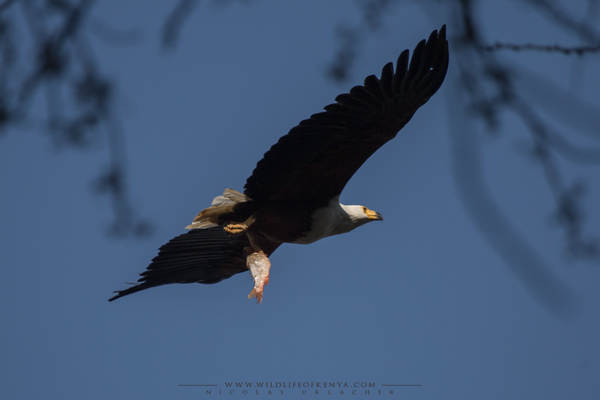 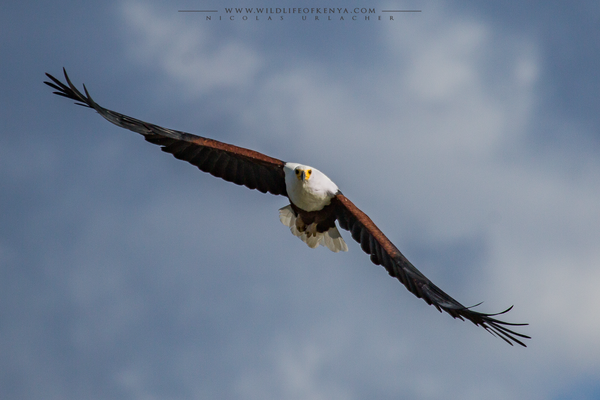 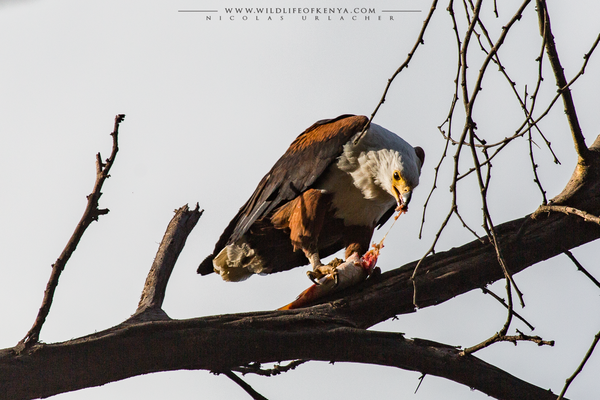 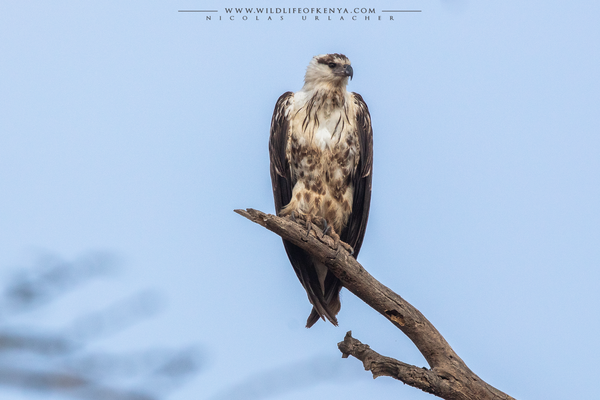 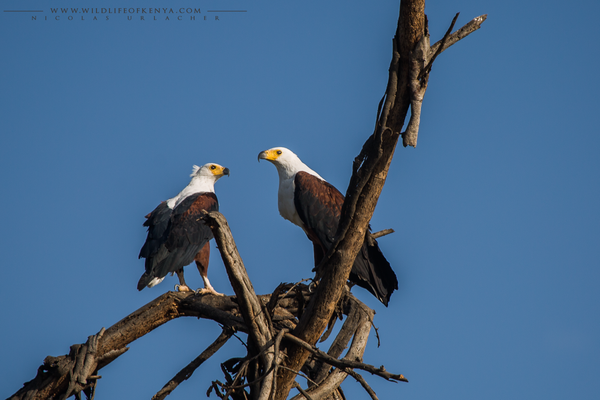 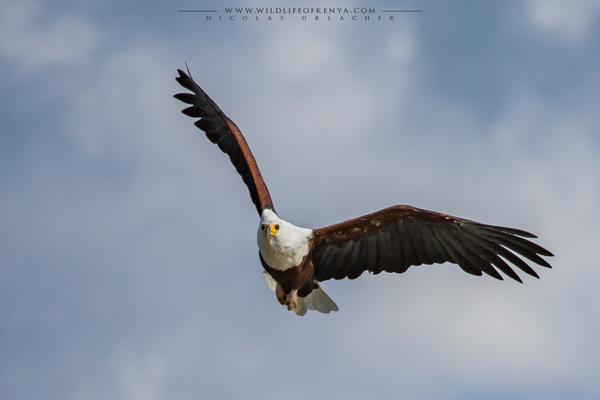 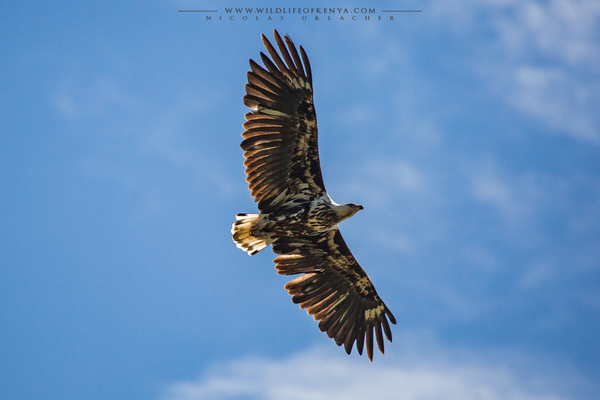 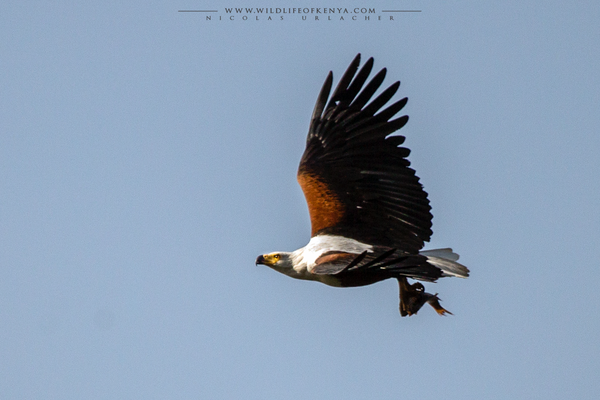 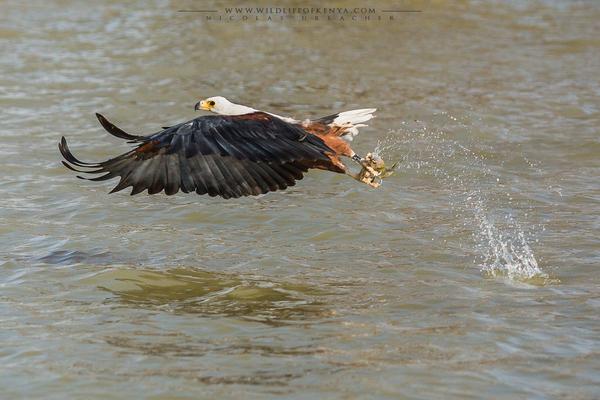 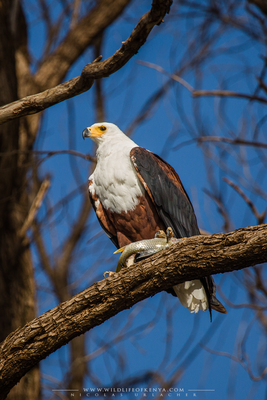 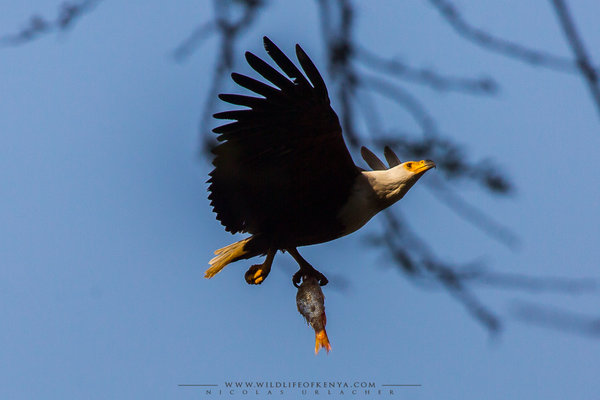 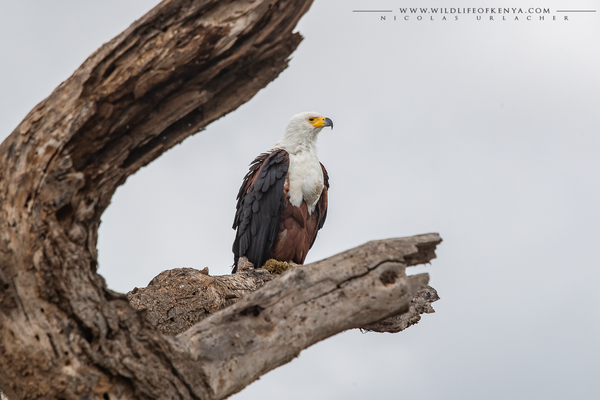 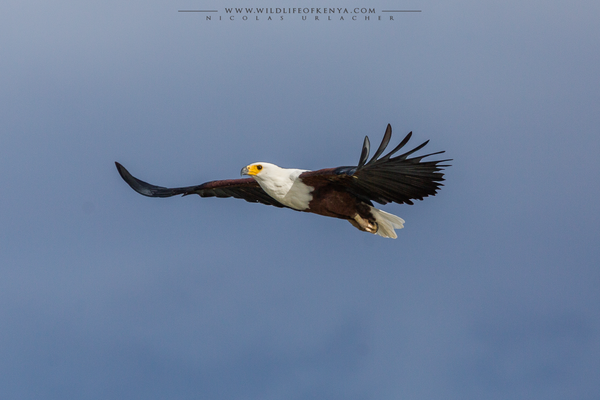 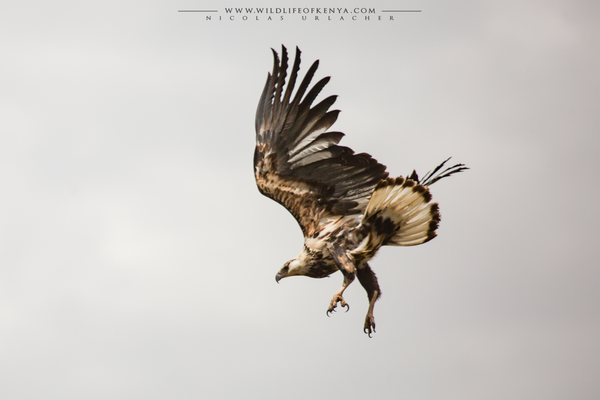 The African fish eagle (Haliaeetus vocifer), or to distinguish it from the true fish eagles (Ichthyophaga), the African sea eagle, is a large species of eagle found throughout sub-Saharan Africa wherever large bodies of open water with an abundant food supply occur.

The African fish eagle feeds mainly on fish, which it swoops down upon from a perch in a tree, snatching the prey from the water with its large, clawed talons. The eagle then flies back to its perch to eat its catch. Like other sea eagles, the African fish eagle has structures on its toes called spiricules that allow it to grasp fish and other slippery prey. Should the African fish eagle catch prey over ten times their own body weight, it is too heavy to allow the eagle to get lift, so it instead drags the fish across the surface of the water until it reaches the shore. If it catches a fish too heavy to allow the eagle to sustain flight, it will drop into the water and paddle to the nearest shore with its wings.

The African fish eagle is known to steal the catch of other bird species (such as goliath herons) in a behaviour known as kleptoparasitism. It also feeds on birds especially waterbirds such as ducks, greater and lesser flamingos, small turtles and terrapins, baby crocodiles, lizards, frogs, and carrion. Occasionally, it may even carry off mammalian prey, such as hyraxes and monkeys. It has also been observed feeding on domestic fowl (chickens).