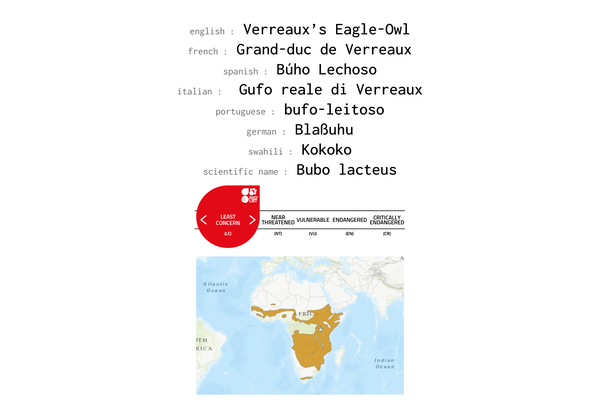 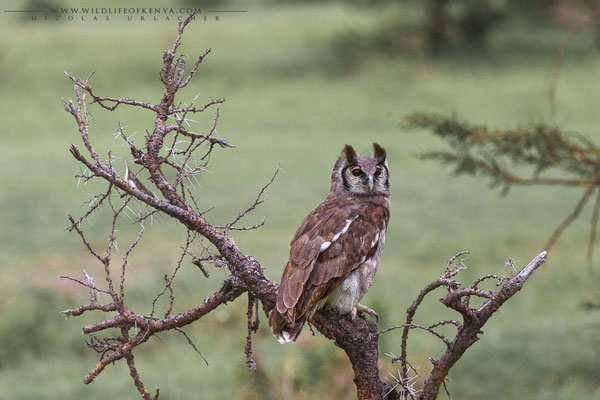 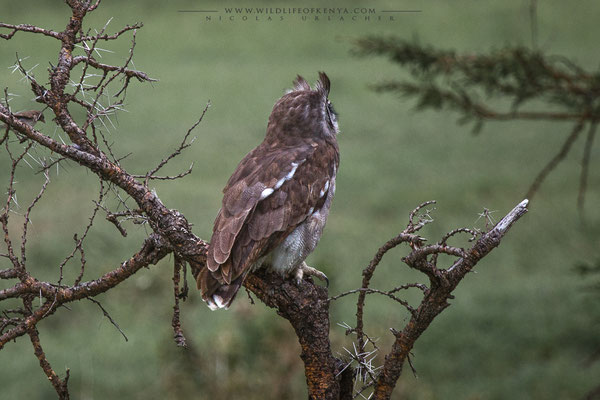 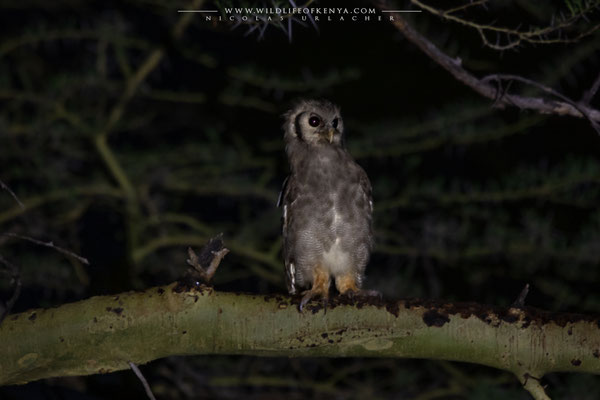 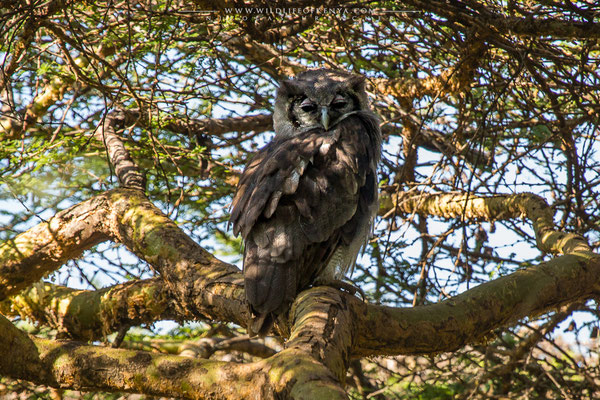 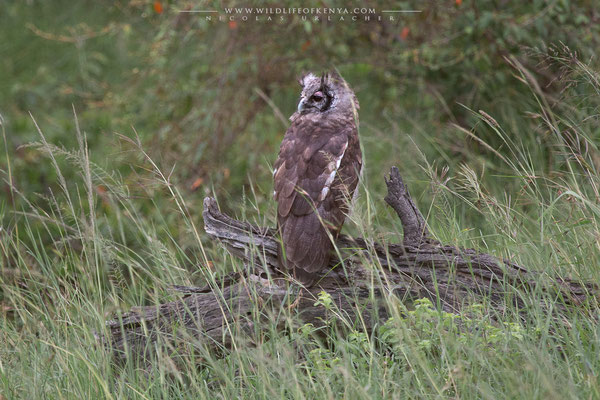 Verreaux's eagle-owl (Bubo lacteus), also commonly known as the milky eagle owl or giant eagle owl, is a member of the family Strigidae. This species is widespread in sub-Saharan Africa. A member of the genus Bubo, it is the largest African owl, measuring up to 66 cm in total length. This eagle-owl is a resident primarily of dry, wooded savanna. Verreaux's eagle-owl is mainly grey in color and is distinguishable from other large owls by its bright pink eyelids, a feature shared with no other owl species in the world.

Verreaux's eagle-owl is a highly opportunistic predator equipped with powerful talons. Just over half of its known diet is composed of mammals but equal or even greater numbers of birds and even insects may be hunted locally, along with any other appropriately sized prey that is encountered. This species is considered of Least Concern by IUCN as it occurs over a wide range and has shown some adaptability to human-based alterations and destruction of habitat and adaptability to diverse prey when a primary prey species declines in a region. As a large, highly territorial species of owl, it does, however, occur at fairly low densities and some regional declines have been reported.

The common name commemorates the French naturalist Jules Verreaux. The type specimen that was later described by Temminck at the Rijksmuseum van Natuurlijke Historie was collected by Verreaux while he was still in his teens.