For more "melanistic" Serval (or black Serval) photos go to the gallery dedicated to this specific one : click here 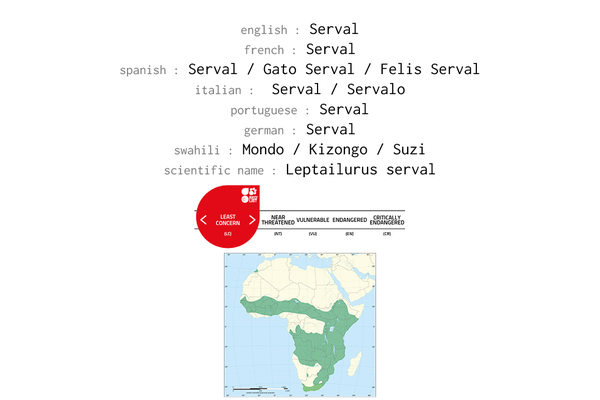 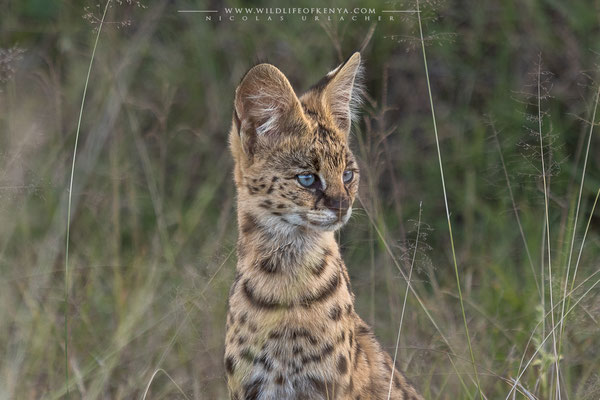 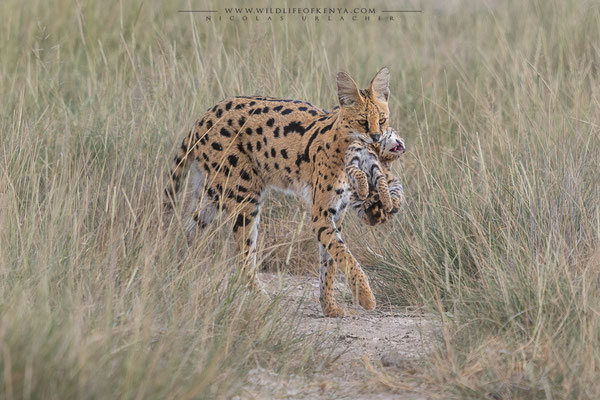 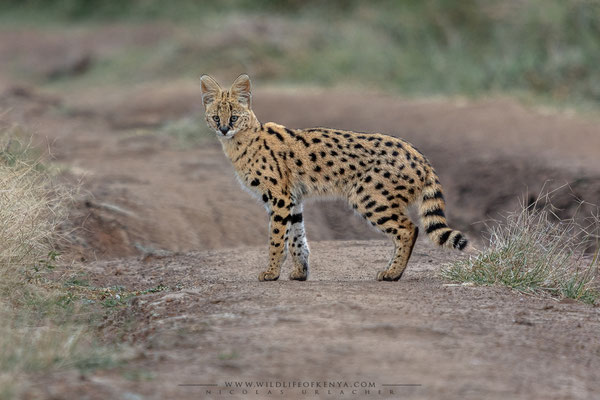 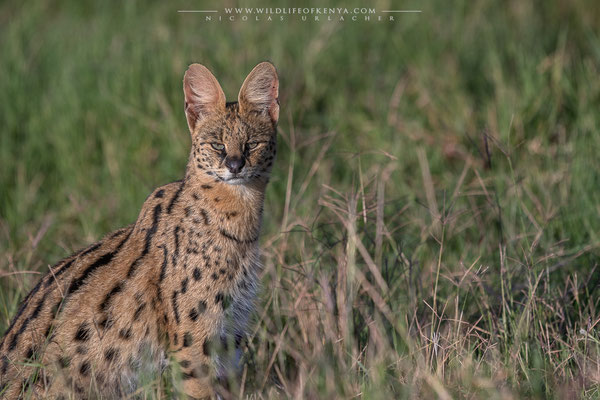 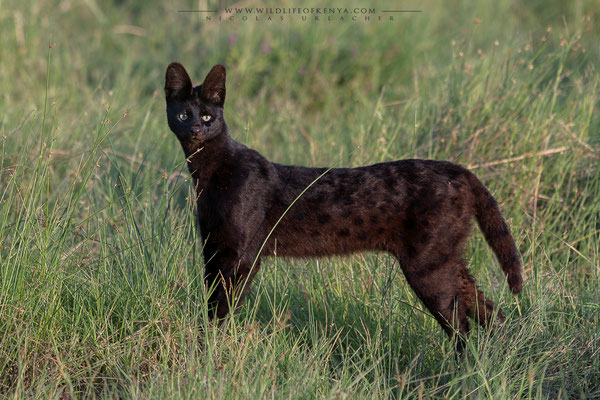 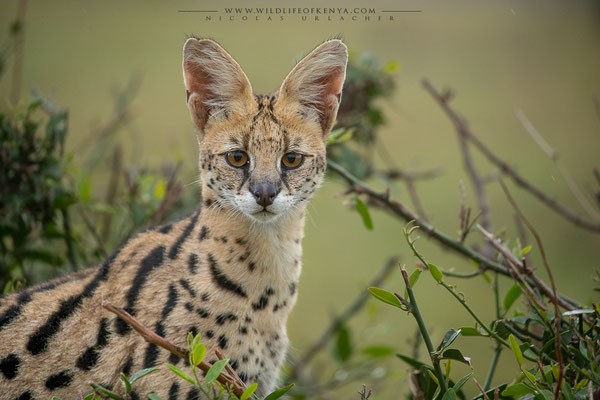 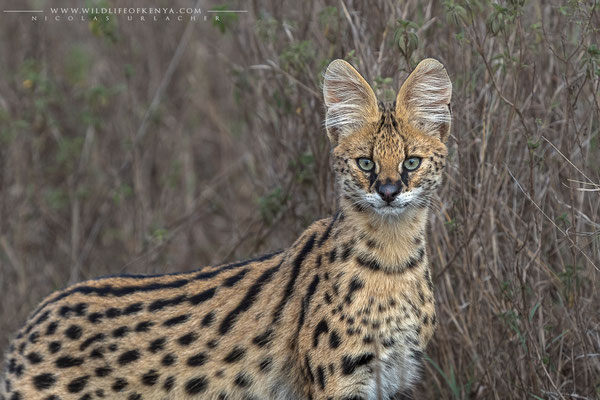 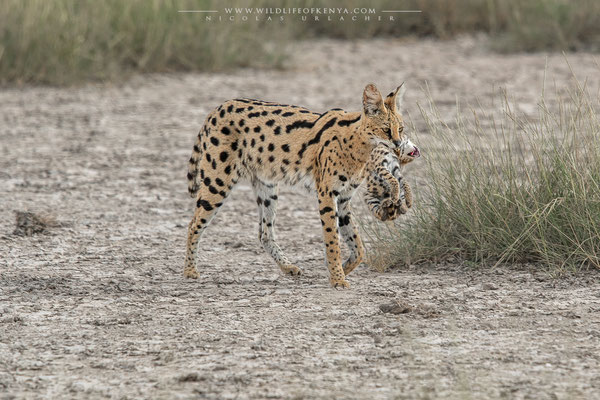 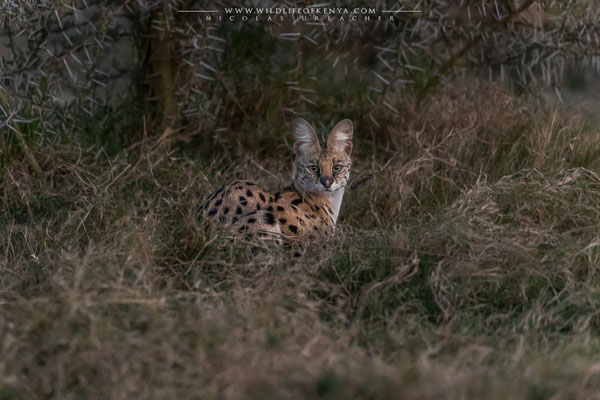 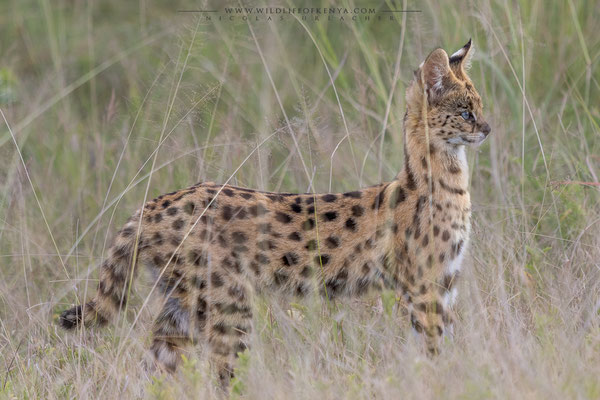 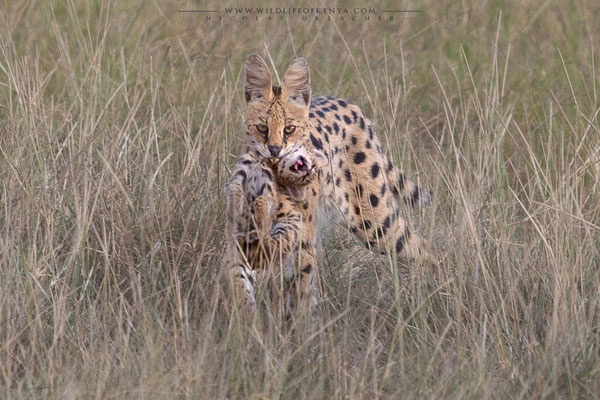 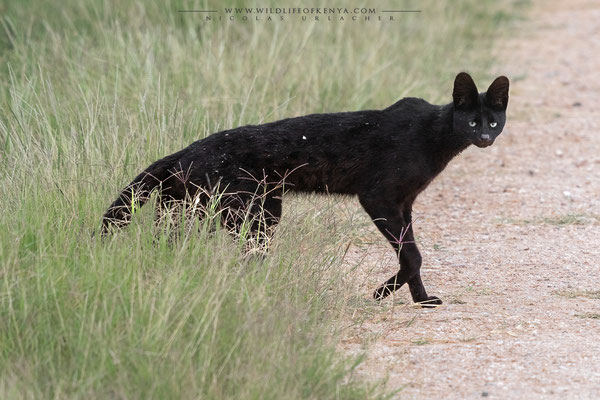 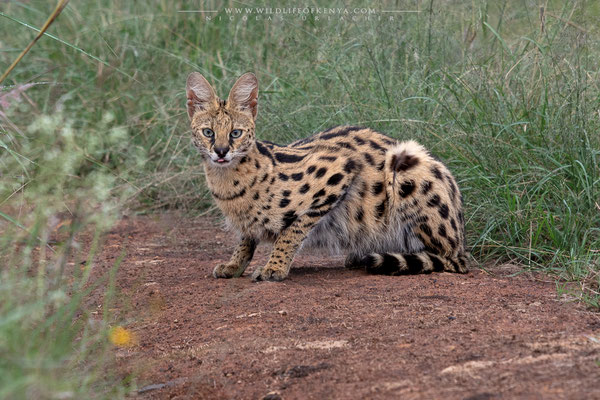 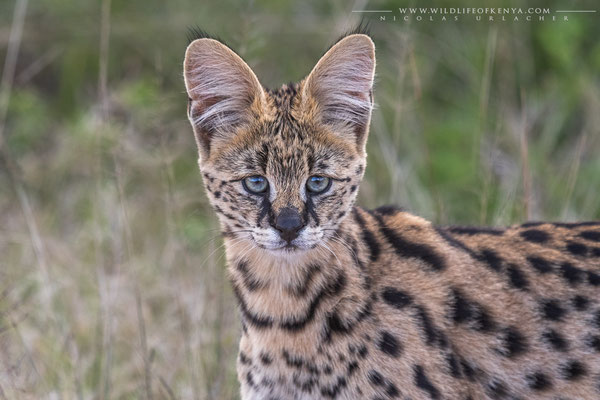 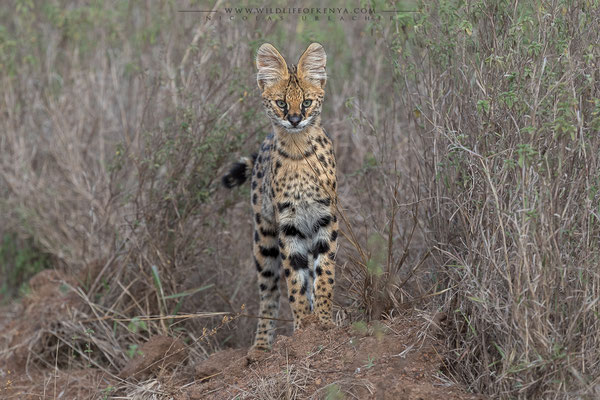 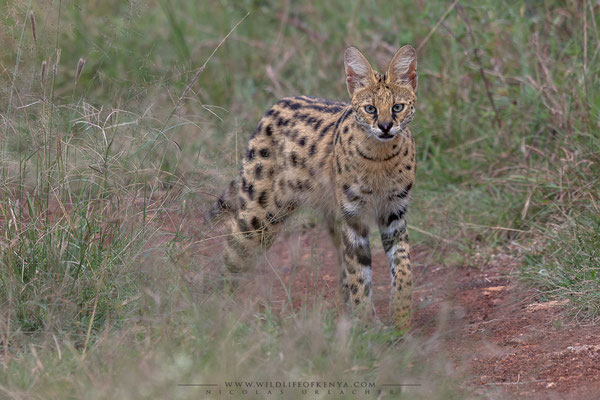 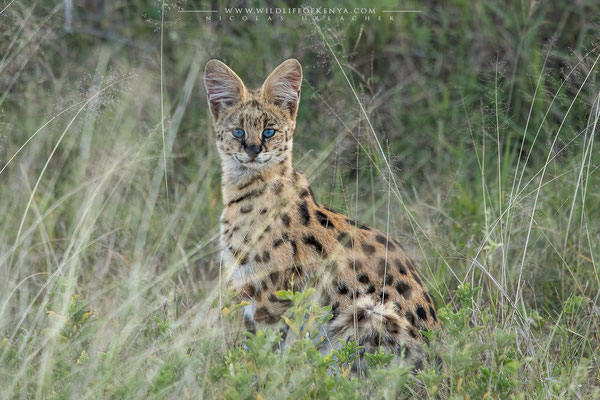 The serval is a wild cat native to Africa. It is rare in North Africa and the Sahel, but widespread in sub-Saharan countries except rainforest regions. On the IUCN Red List it is listed as Least Concern.

The serval is a slender, medium-sized cat that stands 54–62 cm  at the shoulder and weighs 9–18 kg. It is characterised by a small head, large ears, a golden-yellow to buff coat spotted and striped with black, and a short, black-tipped tail. The serval has the longest legs of any cat relative to its body size.

Active in the day as well as at night, servals tend to be solitary with minimal social interaction. Both sexes establish highly overlapping home ranges of 10 to 32 km2, and mark them with feces and saliva. Servals are carnivores – they prey on rodents (particularly vlei rats), small birds, frogs, insects, and reptiles. The serval uses its sense of hearing to locate the prey; to kill small prey, it leaps over 2 m above the ground to land on the prey on its forefeet, and finally kills it with a bite on the neck or the head. Mating takes place at different times of the year in different parts of their range, but typically once or twice a year in an area. After a gestational period of two to three months, a litter of one to four is born. Weaning occurs at one month, and kittens begin hunting on their own at six months. The juveniles leave their mother at 12 months.